The history of WCW is built upon two hugely successful factions; The Four Horsemen and the nWo.

The Horsemen actually had their origins in Jim Crockett Promotions way back in 1985.

The original line-up consisted of Ric Flair, Tully Blanchard, Arn and Ole Anderson, with JJ Dillion as their manager. Over the next 14 years, the group would disband and re-unite many times, mostly with considerable success.

The greatest faction in wrestling history without doubt is The New World Order (nWo). The nWo formed at the 1996 Bash at the Beach pay-per-view, when Hulk Hogan stunningly turned heel and aligned himself with The Outsiders, Scott Hall and Kevin Nash. The nWo revitalised an ailing WCW and quickly transformed the company into the number one wrestling company in the world.

Which wrestlers have membership cards to both factions? This feature lists them all!

Lex Luger joined JCP in 1987 at the height of The Four Horsemen’s success. When original member, Ole Anderson was kicked out of the group, Luger joined forces with the stable.

Soon after he joined the faction, he won his first United States Title by defeating Nikita Koloff. Luger dropped the belt to Dusty Rhodes at Starrcade that year after Horsemen interference backfired. During a live event on December 2, Luger was asked to eliminate himself from the Bunkhouse Stampede Battle Royal by JJ Dillon, which would enable Dillon to have won. However, Luger refused, turning himself babyface. That was his last day as a Horsemen. Luger spent the next couple of years feuding with his former allies.

Fast forward to the mid-nineties and Luger was one of the nWo’s biggest rivals. He even lifted the WCW World Title from nWo leader, Hollywood Hulk Hogan on a memorable episode of Nitro on August 4, 1997.

However, when the nWo splintered into two factions in May of 1998, Luger allied himself with the Wolfpac whilst still feuding with nWo Hollywood.

However, when the warring nWo factions reunited on the January 4, 1999 Nitro, Luger remained in the nWo ranks. His membership was essentially terminated when he was side-lined with a biceps injury. When he returned to action in August, the nWo no longer existed. 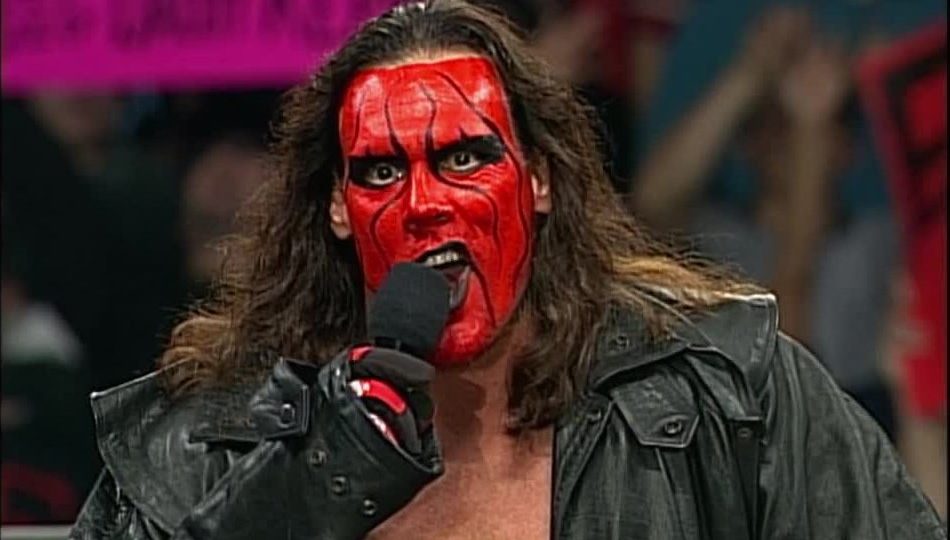 After opposing the Horsemen and earning their respect, by defeating Flair in the Iron Man tournament at Starrcade, Sting was invited to join the elite group in December of 1989. However, his membership was short-lived.

By virtue of his victory over Flair, Sting earned a crack at ‘The Nature Boy’s NWA World Title at WrestleWar 1990. Flair believed ‘The Stinger’ was a threat to his World Championship reign and the Horsemen subsequently kicked Sting out of the faction at Clash of the Champions X on February 6, 1990. Sting’s beating was so severe that he couldn’t compete at WrestleWar as scheduled.

Sting finally recovered and clashed with ‘The Nature Boy’ in the headliner of The Great American Bash in July instead. Sting defeated Flair to claim his first World Title and earn a measure of revenge against the Horsemen.

‘The Icon’s’ relationship with the nWo was more complicated. Sting was one of three WCW stars along with Lex Luger and Randy Savage who opposed The Outsiders and their mystery partner, who was revealed to be Hulk Hogan in the main event of the 1996 Bash at the Beach. However, the nWo repeatedly teased that Sting had secretly joined the nWo.

After learning WCW did not trust him, Sting underwent a startling transformation and became a loner, who lurked in the rafters at WCW events. No-one knew where his allegiances lay until he attacked the nWo at Uncensored 1997.

Despite his opposition to the nWo, Sting did join the nWo splinter group, the Wolfpac, headed by Kevin Nash in the spring of 1998. The Wolfpac feuded with nWo Hollywood led by Hogan. Sting’s allegiance with the Wolfpac ended when he was side-lined by injury in the fall of 1998. When he returned in March of 1999, the nWo was in its dying days of existence and ‘The Stinger’ was no longer allied with the group.

Hennig remained a member until January 1999, when he was kicked out of the group on the January 25, Nitro. Hennig was never allied with either group again. 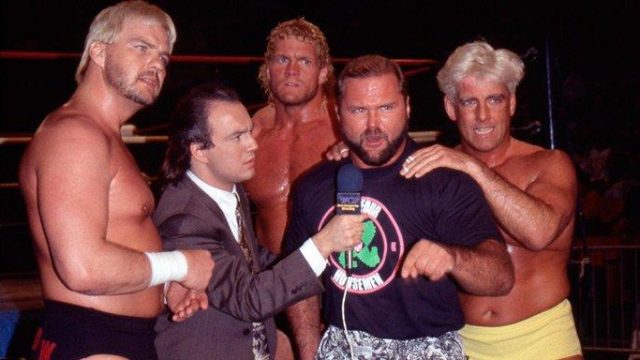 Barry Windham was a continual thorn in the Four Horsemen’s side in the mid-1980s and a perennial contender to Ric Flair’s NWA World Heavyweight Title.

In the spring of 1988, Windham shockingly turned heel on his tag team partner, Lex Luger and joined The Horsemen. His tenure with the group would last for almost a year before he jumped ship to the WWF in March of 1989.

Windham’s WWF stint was a short one and he returned to WCW in May 1990 and re-joined his former buddies in a new incarnation of The Horsemen consisting of Flair, Arn Anderson and Sid Vicious, with former Horsemen, Ole Anderson serving as the group’s manager. Windham remained a focal point of the group until Flair himself jumped to the Federation in the summer of 1991, which ended this incarnation of the faction.

Windham also briefly counted himself an associate of the nWo in 1999 through his partnership with full time member, Curt Hennig. However, by mid-1999 the nWo had disbanded and Windham then joined Hennig and Bobby Duncum Jr. to form the West Texas Rednecks.

You can watch The Four Horsemen and the nWo’s greatest moments exclusively on the WWE Network.