Renowned wrestling journalist, Dave Meltzer has been rating wrestling matches since 1982. To date he has rated 208 matches five stars (or above).

On August 24, 2022, Will Ospreay notched up his 23rd five star rated match, drawing him level with Kazuchika Okada and just two short of the late, great Mitsuharu Misawa.

However, there are many wrestlers with legendary careers and a back catalogue of classic matches that have not earned a single five star rating from Meltzer. This feature looks at 10 of the most notable, with zero five star rated matches to their name. 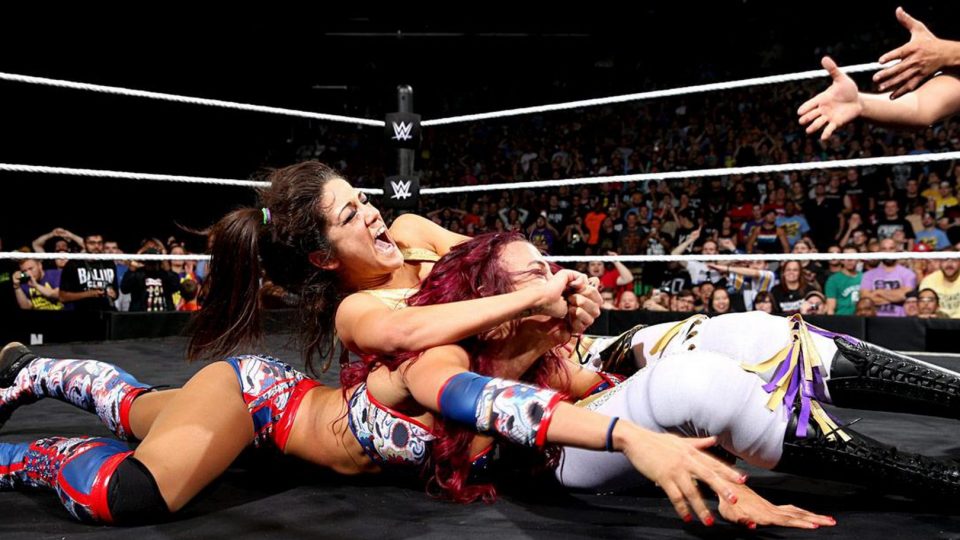 Two words: TakeOver Brooklyn. That seminal bout with Sasha Banks is reason alone for Bayley (and Sasha) to have earned a place on Dave Meltzer’s five star match list.

This bout is the finest women’s encounter in WWE history and is possibly the greatest women’s clash to take place in the West. Supported by an excellent story, a white-hot crowd and crisp, escalating action, This match is as close to perfection as it gets. Meltzer criminally underrated this one, with 4.5 stars.

Bayley (and Sasha) also failed to crack five stars with their excellent Hell in a Cell battle at the 2020 Hell in a Cell event. Packed with intensity, call-backs to earlier matches and near falls galore, this was a masterpiece. Meltzer only awarded this contest 4.25 stars. It could easily and probably should have reached five stars.

Bayley also contested hot matches with Bianca Belair at WrestleMania: Backlash and Hell in a Cell 2021 which were five star worthy.

There is little doubt that Bayley will earn herself a five star rating in future. However, it is also true that she should have had at least one already. 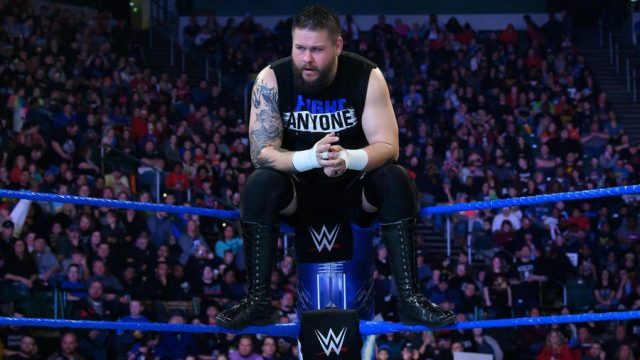 Kevin Owens has been a mainstay in WWE for close to a decade and tore it up in Ring of Honor prior to that. Despite his large frame, KO is an astonishingly agile performer with excellent cardiovascular conditioning.

Back in 2015, Owens announced himself on the main roster with a trilogy of world class matches with John Cena; all of which could (and really should) have broken the five star barrier. All three bouts at Elimination Chamber, Money in the Bank and Battleground were absolute stunners.

Owens has had excellent bouts with Roman Reigns, Sami Zayn, Daniel Bryan, Finn Balor and countless others during his WWE career.

In Ring of Honor, he contested stunners with the likes of Michael Elgin, Adam Cole and Zayn’s alter ego, El Generico.

It is stunning that KO has not had a five star rating from Meltzer. Perhaps he will in future. 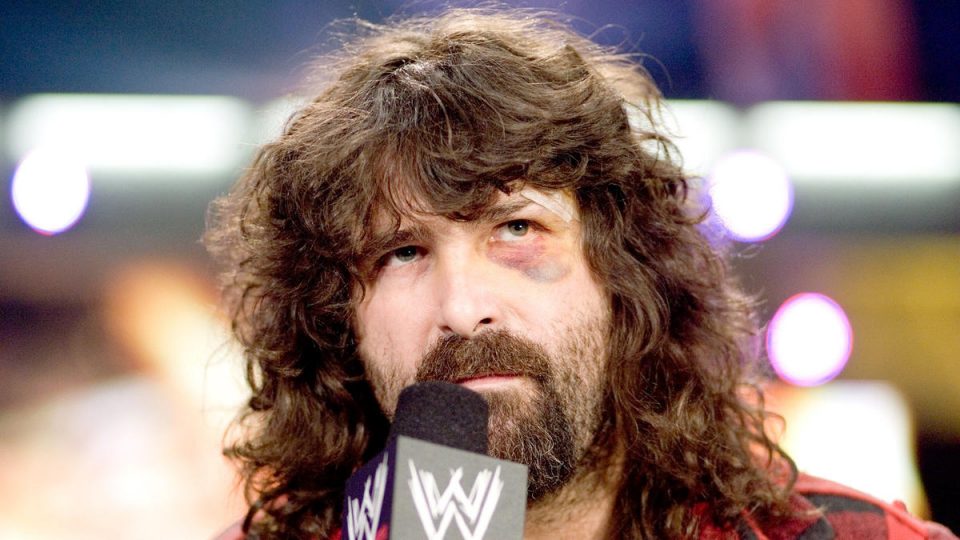 Mick Foley had two five star classic bouts in January and February 2000 alone, that should have warranted a place on Meltzer’s five star match ratings list.

Foley’s incredible matches with Triple H under Street Fight and Hell in a Cell rules at Royal Rumble and No Way Out are two all time classics, which cemented Foley’s legend and transformed Triple H into a bona fide headliner; a position he would retain for over a decade.

Two years earlier, Foley fought Stone Cold Steve Austin in a wild brawl at Over The Edge 1998 which would have been well worthy of the five star treatment too.

In 2004, Foley battled Randy Orton in another stellar Street Fight, which helped Orton establish himself as a headliner-in-waiting.

Rewinding the clock back further, and Foley’s contests with Sting and Vader in WCW between 1992 and 1993 are also the stuff of legend and really should have received the five snowflakes from Meltzer as well.

‘The Hardcore Legend’ really should have accrued many five star match ratings from Meltzer over the years. 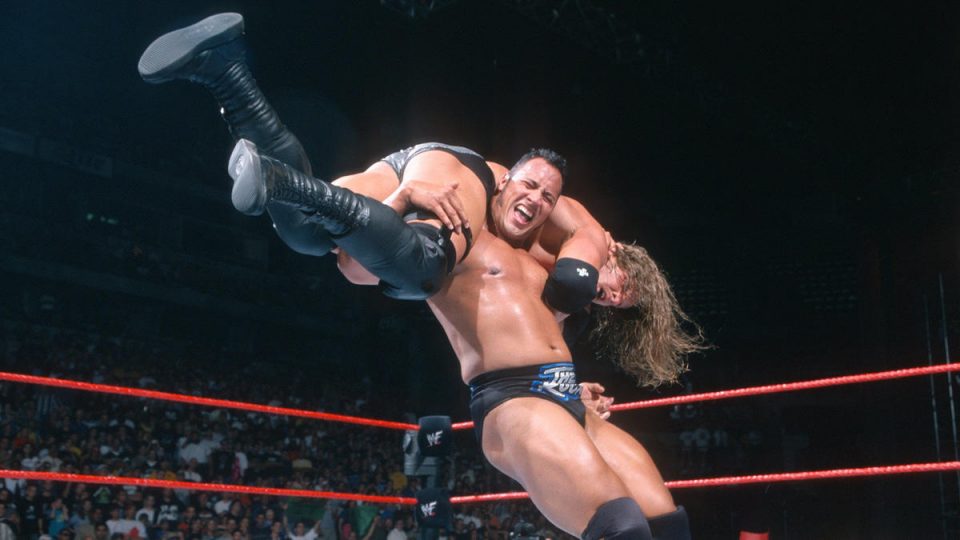 The Rock was not blessed with a huge repertoire of wrestling moves and holds, but his crowd interaction and relationship with the audience ensured he had a great number of stunning bouts during his wrestling career.

His bouts with Stone Cold Steve Austin at Backlash 1999 and WrestleMania X-7 really should have cracked Dave Meltzer’s five star barrier. The same can be said for Rock’s sterling Iron Man war with Triple H at Judgment Day 2000.

His bouts with Kurt Angle at No Mercy 2000 and No Way Out were stunning as was his triple threat bout with Angle and The Undertaker at Vengeance 2002. His encounter with Brock Lesnar at SummerSlam 2002 was a damn fine piece of work as well.

At 50-years-old and almost a decade removed from his last match, The Rock will never force his way onto Meltzer’s five star match rating system. 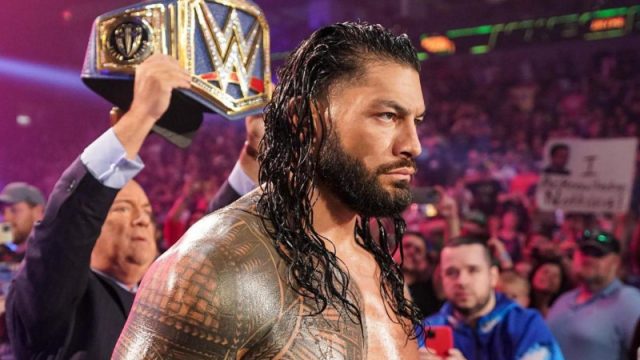 The Rock’s cousin, Roman Reigns is the biggest star in wrestling and has dominated WWE for a decade. His heel turn in the summer of 2020 and his ‘Tribal Chief’ character was the final piece of the puzzle that enabled Reigns to unleash his full potential.

He had plenty of good matches as a member of The Shield and as a singles star prior to 2020, but his matches since have truly sizzled. That makes it thoroughly baffling that Meltzer has not awarded a single one of those matches five stars.

His bouts with AJ Styles in 2016 were five star worthy also, particularly his classic encounter with Styles at Extreme Rules that year.

For Reigns not to have a single five star rating from Meltzer just feels wrong. Luckily for Reigns. he has plenty of time left in his career to put that right. 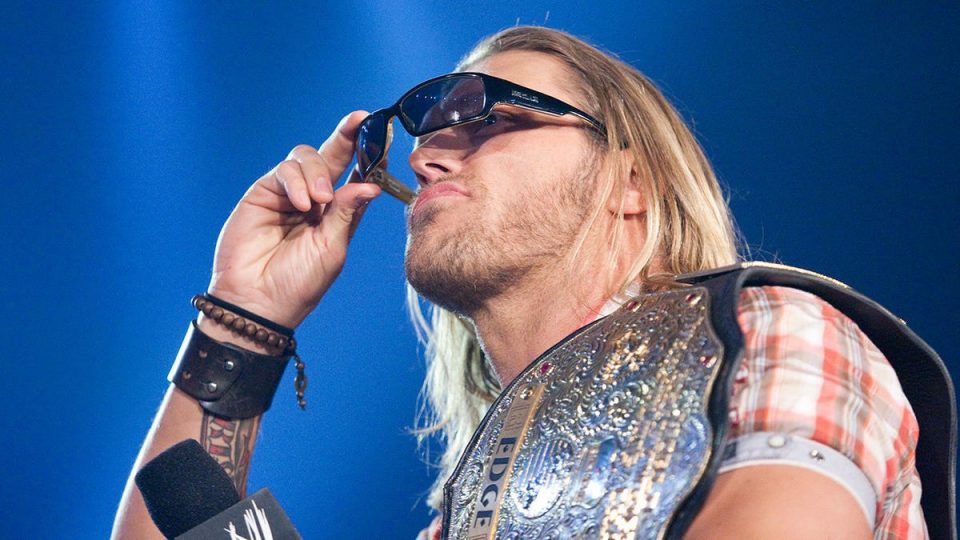 Three letters: TLC. Those alone, should ensure that Edge has had at least two matches that crack the five star mark.

The inaugural TLC match at SummerSlam 2000 and WrestleMania X-7 were era and career defining matches for all involved and both well deserving of five stars.

As a singles competitor, Edge has had outstanding contests with John Cena (Unforgiven 2006), The Undertaker (WrestleMania XXIV) and was one quarter of the electric WWE Tag Team Title match, partnering Rey Mysterio against Kurt Angle and Chris Benoit at No Mercy 2002.

The inaugural Money in the Bank bout at WrestleMania 21, which he won, was the greatest contest fought under that gimmick as well and is an easy five stars. 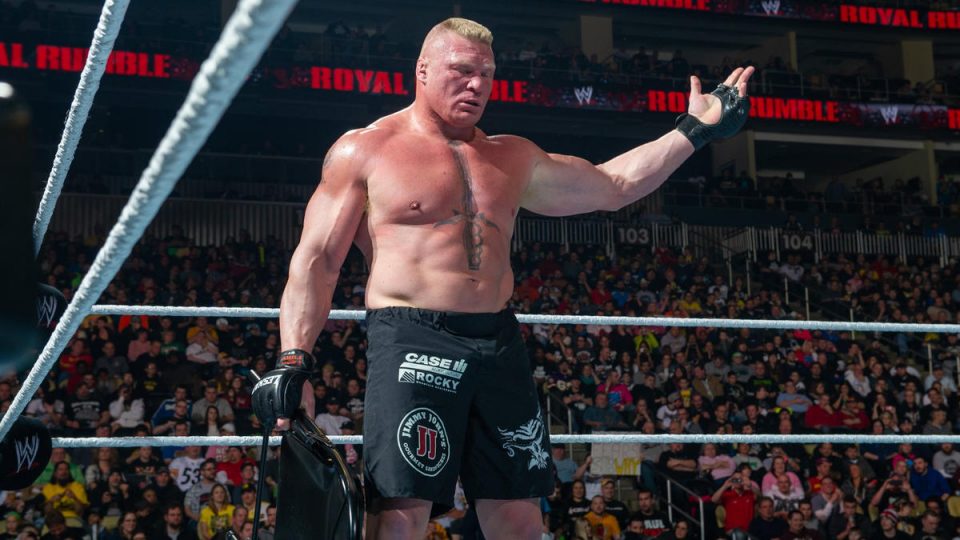 Brock Lesnar is one of the biggest wrestling stars of the past two decades after bursting onto the scene in 2002. In his rookie year he had an excellent match with The Rock at SummerSlam and an unforgettable Hell in a Cell contest with The Undertaker at No Mercy. Not many would disagree with either of those bouts being granted five snowflakes.

More recently, Lesnar smashed John Cena in a brutal Extreme Rules war at the titular event in 2012, before competing in two engaging battles with AJ Styles and Daniel Bryan in consecutive Survivor Series events in 2017 and 2018.

His bout with Roman Reigns at 2022’s SummerSlam was a fine Last Man Standing match, well worthy of five stars. Meltzer very nearly agreed but only awarded that match four and a half stars.

It’s quite incredible Lesnar has never received a five star rating from Meltzer. As his record suggests, many of his matches were deserving of the honour. 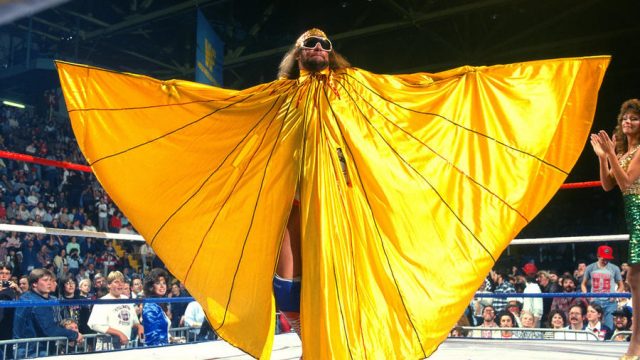 ‘Macho Man’ Randy Savage is one of the most revered names in the history of wrestling. Whilst his great rivals, Ric Flair and Ricky Steamboat have many five star ratings against their name, Savage has zero.

In a huge oversight, Savage’s WrestleMania III classic opposite Steamboat did not break the five star barrier. Neither did his rewarding ‘Mania VIII clash with Flair.

Savage’s carry job of The Ultimate Warrior at WrestleMania VII and SummerSlam 1992 resulted in the finest matches of Warrior’s entire career.

‘The Macho Man’ also fought innumerable classic matches with the likes of Bret Hart, Ted DiBiase and many others.

It is incredible that Savage never received the five snowflakes from Meltzer. 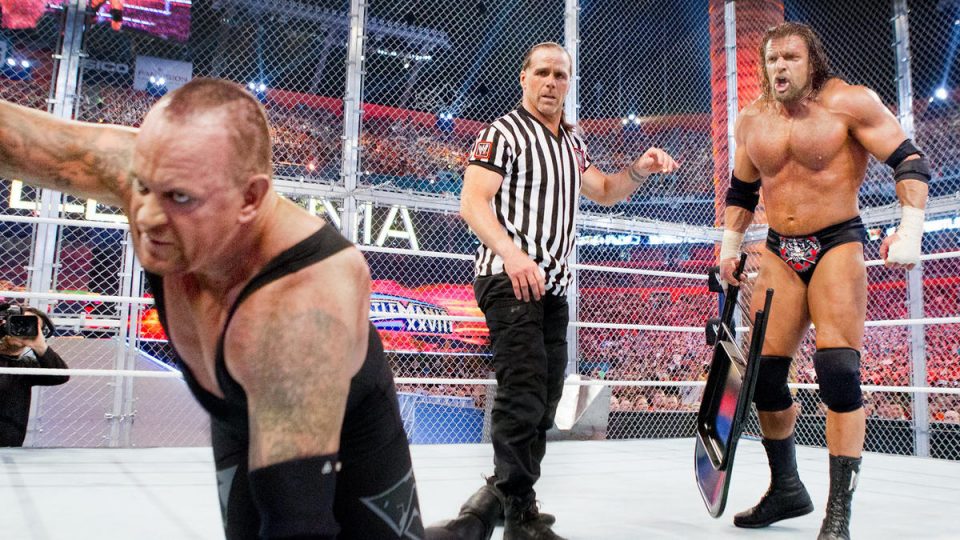 Forget Chris Jericho and Sid Vicious, Triple H was the real millennium man. ‘The Game’ was the finest wrestler in the world in 2000. He contested blinding battles with Mick Foley at Royal Rumble and No Way Out and carried Chris Jericho in a scorching Last Man Standing war at Fully Loaded that year.

Triple H’s unsanctioned war with Shawn Michaels at SummerSlam 2002 was one of the finest bouts either man ever had, which covers a lot of ground. ‘The Game’s’ WrestleMania XX and Backlash 2004 Triple Threat encounters with Michaels and Benoit are virtually flawless.

‘The Cerebral Assassin’s’ bout with Jeff Hardy at No Mercy 2008 was an expertly worked contest, as was his violent, heated and ultra emotional battle with The Undertaker at WrestleMania XXVIII.

His name is a notable absence from Meltzer’s five star match ratings. 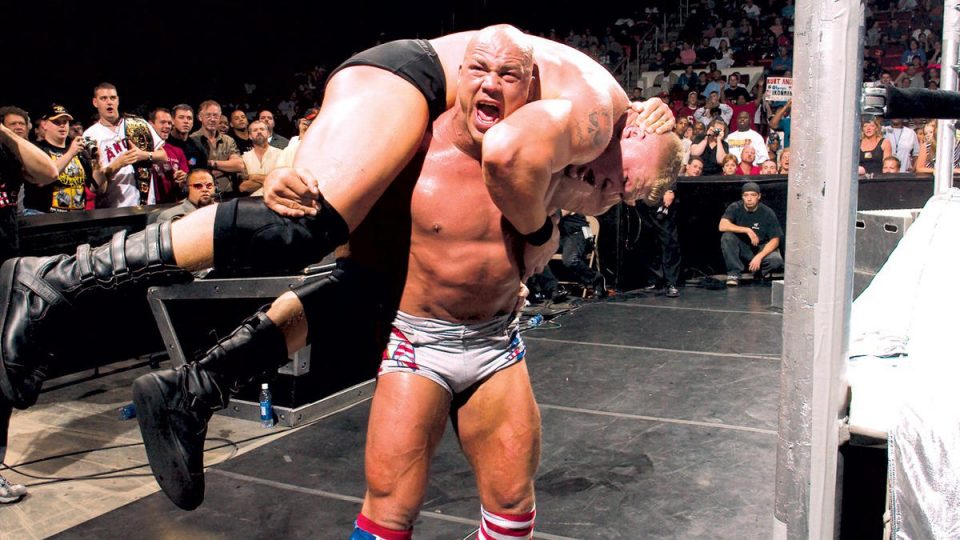 Kurt Angle is by far the biggest omission from Meltzer’s five star club. The Olympian was one of the finest wrestlers in the entire world between 2000 and 2010 and had a long list of superlative bouts throughout his Hall of Fame career.

Angle contested stunners with The Rock at No Mercy 2000 and No Way Out 2001. He fought in what was at the time the finest Triple Threat Match ever held with The Rock and The Undertaker at Vengeance 2002. One month later, he had quite possibly the greatest pay-per-view opening match in history with Rey Mysterio at SummerSlam 2002 and contested what was many observer’s match of the year in 2002, partnering Chris Benoit to defeat Edge and Mysterio for the WWE Tag Team Title at No Mercy that year.

The WWE Hall of Famer also had classic bouts with Shawn Michaels at WrestleMania 21 and Vengeance 2005 and a blinder with The Undertaker at No Way Out 2006 with the World Title on the line.

Angle also had realistic and stiff classic with Samoa Joe during his TNA tenure at Genesis 2006 and LockDown 2008. He also had intense brawls with the likes of Jeff Jarrett and Mr Anderson later in the decade.

You can watch all of these superstar’s classic matches exclusively on the WWE Network.