The WrestleMania stage and setup is almost as big of a star as any wrestler competing at the event. Here are five that added to the evolution of “The Show Of Shows.”

WrestleMania truly is the grandest stage of them all. Literally. Have you seen the size of the thing? 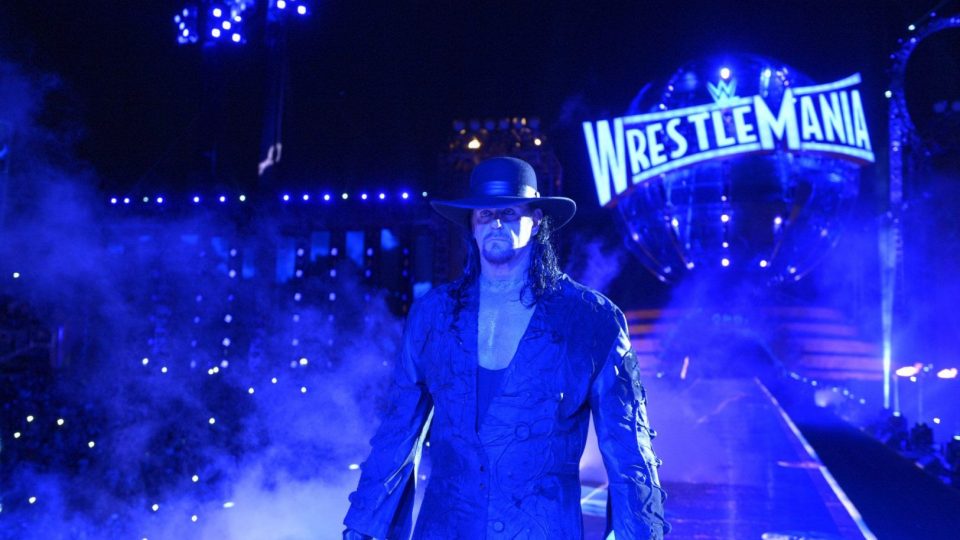 In the week build-up before the big event, leaked images of the stage being set up swarm the internet, with fans desperate to get a sneak peek of the year’s creation.

Then, in recent tradition, it all comes to a head a couple of days before the event with the big reveal being broadcast on YouTube, with the guest host or some other “authoritative” figure giving us a big “Welcome, to WrestleMania!” 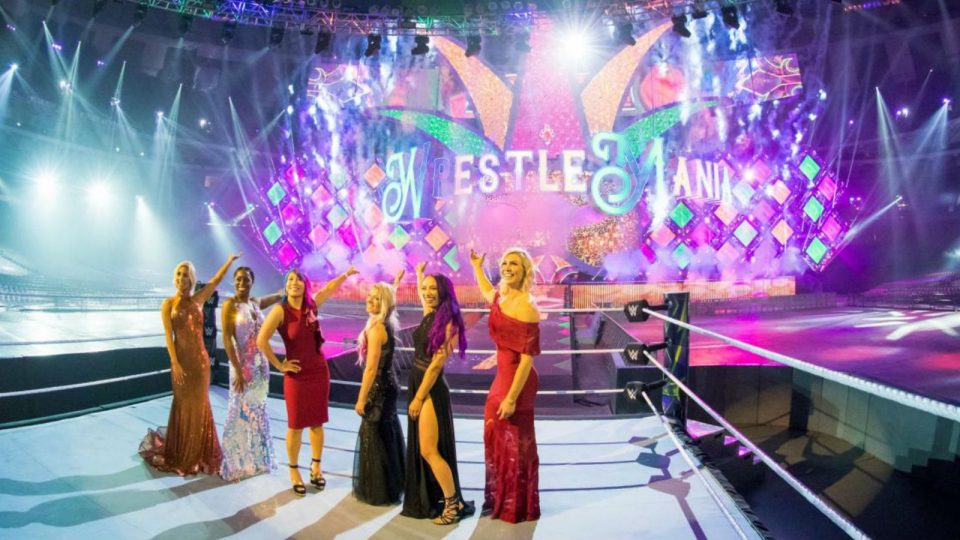 For many of us, this marks the start of the yearly spectacular, which now feels like a weekend-long festival than a one-night PPV.

It took many years for the WrestleMania arena to evolve into the ginormous extravaganza we have come to take for granted. So today we are looking at five events that raised the bar for the physical look of the grandiloquent granddaddy of them all. 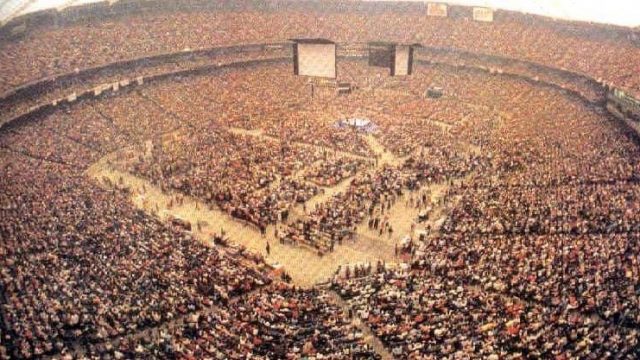 WrestleMania 1 and 2 were huge successes, but it was WrestleMania 3 that truly cemented the show as sports entertainments premium event.

But WrestleMania 3 smashed that again with a whopping 93,000!

Kind of. Like Hogan lifting the 8 foot, 600 lbs giant over his head during the main event, things may be slightly exaggerated.

According to the ticket accounting paperwork, the real number may be closer to 80,000. That actual attendance is still in debate to this very day.

Still, that’s double the amount of the previous year and didn’t make the ocean of people at the Pontiac Silverdome look any less impressive.

Legendary moments like Steamboat vs Savage, or Hogan Vs Andre were certainly amplified by the sights and sounds of the massive crowd. WrestleMania had truly landed. 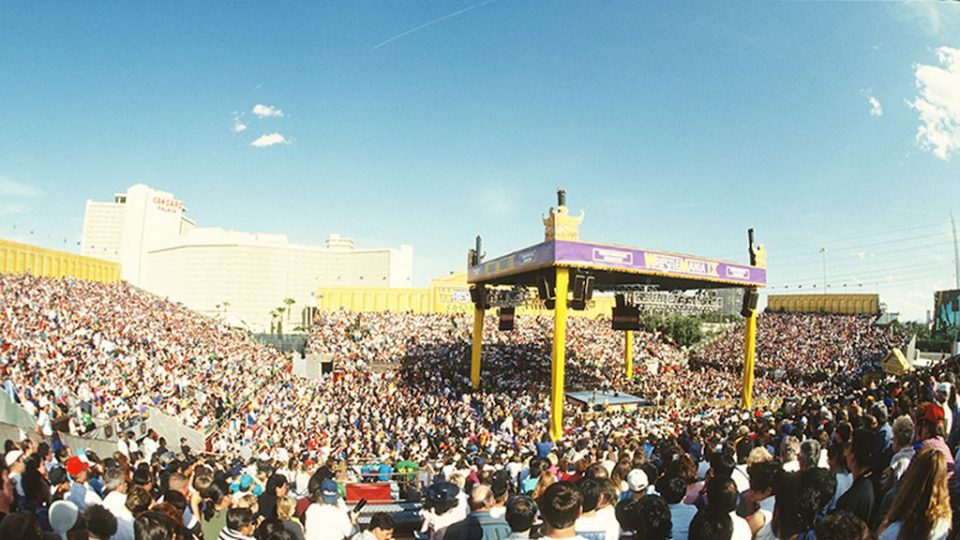 After 8 years of being stuffed up inside, it was finally time for WrestleMania to head out in the open.

WrestleMania IX may not be the most beloved mania. Some say it’s the worst, with lowlights like Undertaker Vs Giant Gonzales and the Hogan/Bret/Yokozuna end angle leaving a sour taste in everyone’s mouths.

But it sure looked pretty.

A custom arena was built outside in Ceasars Palace parking lot, Vegas. This allowed the entire setup to be given an ancient Rome look, making it one of the first Mania’s to have a true “theme”

The yellow backdrop popped against the bright blue sky, columns towered high above for lighting rigs and canopies, and togas, chariots, Roman guards, and live animals all added to the coliseum vibe.

WrestleMania IX may not go down in history for the quality of in-ring matches, but it sure as Ceaser was a stepping stone for WWE production. 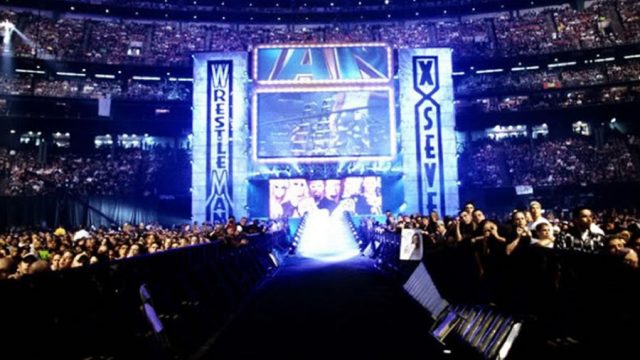 WrestleMania XVII truly is a fan favourite. Its legacy was cemented by the star power, in-ring action, and a dark ending that would put The Empire Strikes Back to shame.

It was the first WrestleMania in the state of Texas, and also the first Mania to have a humungous set design, something that would go on to become a WrestleMania tradition.

The towering backdrop and massive Titan Tron loomed over the 67000 in attendance, the biggest crowd since Mania 3, giving the show a feel that lived up to its “Showcase Of The Immortals” moniker.

Since then, the stages have gotten even bigger and more complex in design, and it was this awe-inspiring set that set the trend.

Yet another reason to justify X-Seven being on top of your all-time Mania lists. 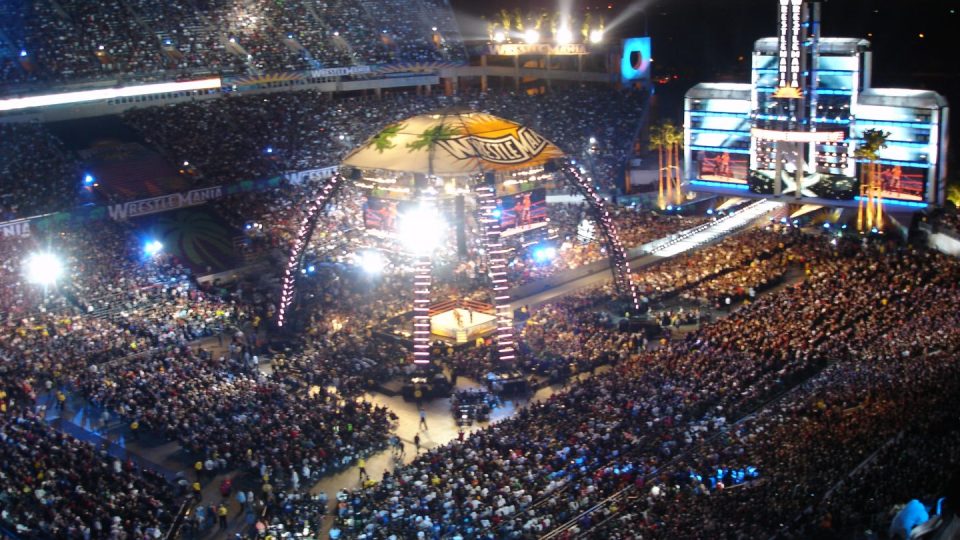 WrestleMania IX may have been the first one outdoors, but 24 took it to a whole other level.

The events highlights include Floyd Mayweather punching Big Show in the face with brass knuckles, and Shawn Michaels telling Ric Flair he loves him, before super kicking him in the face into retirement.

It was the first Mania to be held in an open-air stadium, the Florida Citrus Bowl, something that took the superstars some getting used to.

Unlike an indoor stadium where the noise of the crowd travels up and bounces off the ceiling, the noise would take longer to travel, and the roar made it harder to judge the audience’s reactions.

Still, it looked incredible and everyone in attendance had a great time. Well, almost everyone, after The Edge/Taker match fireworks came loose and rained down from the heavens, injuring 40 people in the process.

WrestleMania 32- The Biggest Attendance (So Far) 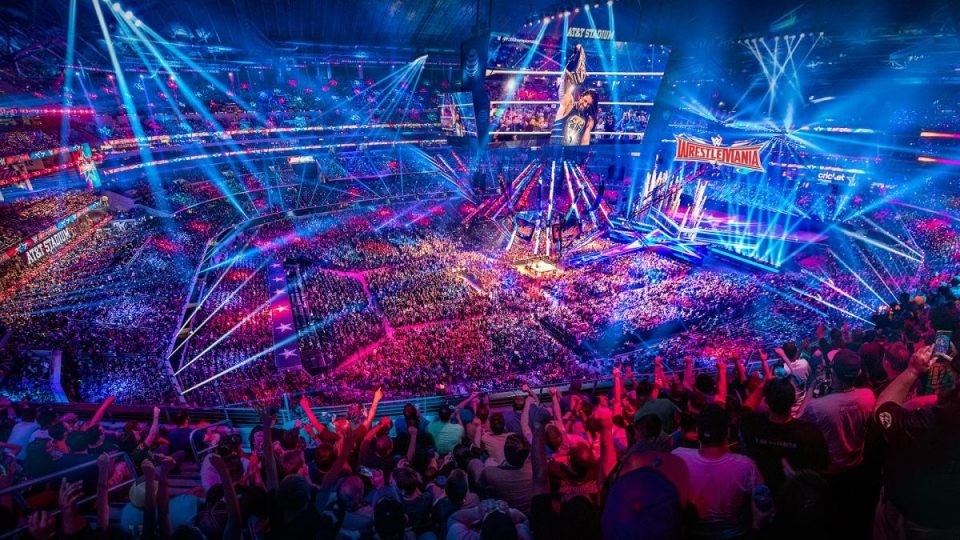 WrestleMania 32 is cited by some as one of the worst WrestleManias of all time, which is slightly unfair (did they see WrestleMania IX?) but the crowd’s displeasure wasn’t helped by its sheer volume.

One thing they did cheer for was The Rock. After setting his name alight on top of the stage, the great one made his way to the ring and told the millions (AND MILLIONS) that they had indeed set a new WrestleMania attendance record at 101,763. 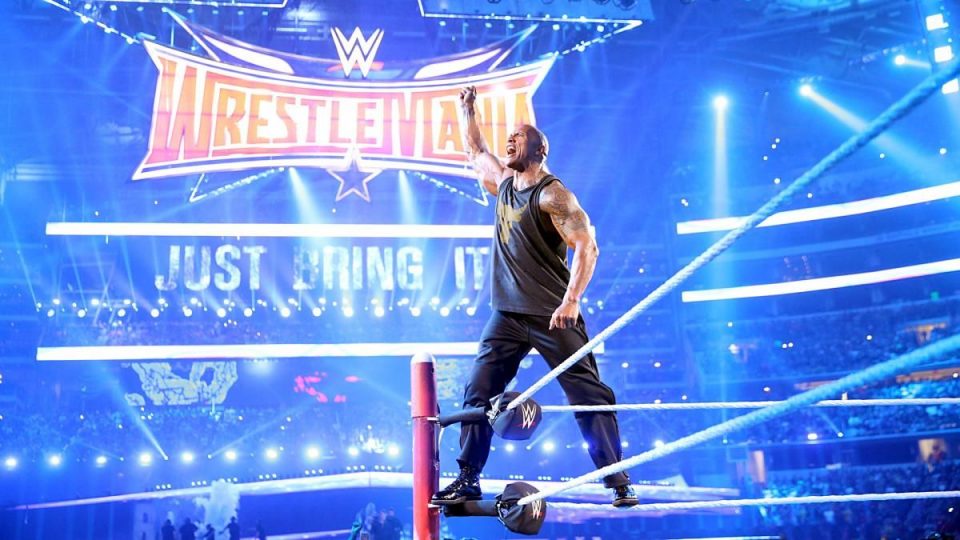 Once again, this number is slightly dubious, with Vince himself even stating that number includes ALL in attendance, including ushers, vendors, and staff.

Still, it’s an impressive number and one that can truly be felt in the main event where the audience continued the long tradition of booing Roman Reigns.

Even the reported muting of crowd mics didn’t stop chants for Bayley, Sami Zayn, Shinsuke Nakamura, and anyone else who wasn’t involved in the show.

The lesson? If you’re going to have the biggest crowd in company history, you best make sure they are happy!