NJPW’s Jay White made a surprise appearance on AEW Dynamite in the promotion’s latest use of the Forbidden Door.

The Switchblade made his shocking debut during a segment in which the Young Bucks and Adam Cole attacked Roppongi Vice, Rocky Romero and Trent Berretta. During the beatdown White wlked into camera shot wearing his signature leather jacket before launching Trent? into the side of the truck and complimenting Nick Jackson on his earrings. 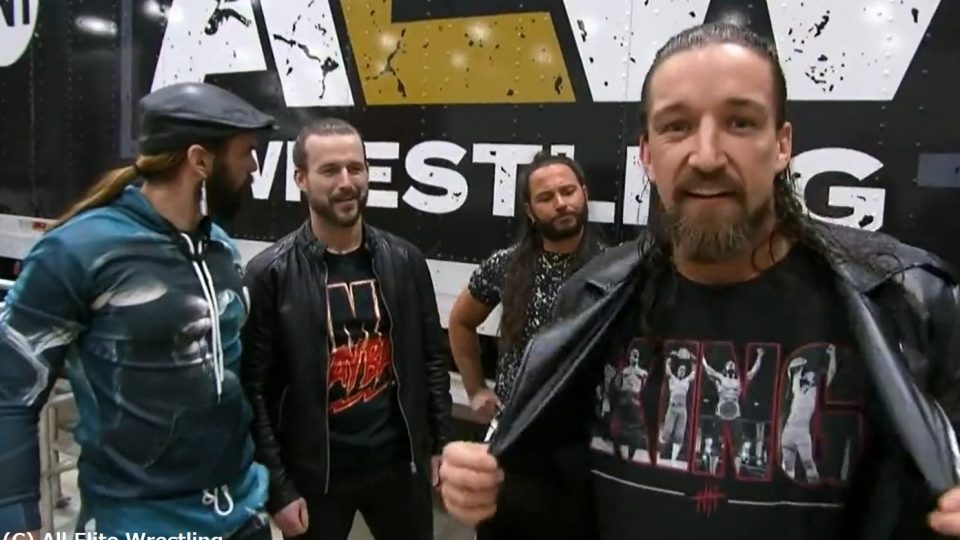 Later in the show, it was revealed White’s appearance was organised by Cole, a decision that the Bucks questioned due to his past rivalry with Kenny Omega.

White comes into AEW with a long list of accomplishments and a storied career in Japan that many fans will be familiar with, but for those who are unaware, let us explain who exactly is Jay White.

Simply put, Jay White is an incredible talent and one of the best heels in the business. His run as the leader of the Bullet Club in NJPW and resulting feuds with Hiroshi Tanahashi, Kazuchika Okada and Kota Ibushi saw him perform at the highest level and achieve great things in the Japanese promotion.

White began his wrestling career in 2013 training under The UK Kid before regularly performing for All-Star Wrestling on the holiday camp and seaside town circuit. His UK run led to an introduction to Finn Balor, then NJPW’s Prince Devitt that changed his life forever.

Devitt then told fellow Kiwi, Bad Luck Fale about White and procedures were put in place to bring him to NJPW’s infamous dojo. White travelled to Japan and began learning wrestling the Japanese way, a style he knew nothing about resulting in a huge culture shock.

Speaking on Talk Is Jericho, White told all about his first reaction to Japanese Strong Style:

“I had no idea what I was actually coming over to do. All I knew was what I had heard from Fale and that was very little. Looking back, man, I really should have looked into the workings of New Japan. I I was more trying technically wrestling-wise to be as good as I can.

I had no knowledge of the background of the company really. Once I met Devitt, I started watching his stuff more. But a lot of like the history to [NJPW] or the older guys, I didn’t really have much knowledge of it, so that was a big shock to me, obviously, learning that stuff. Yeah, I had no idea how the dojo worked in terms of these young boys.” 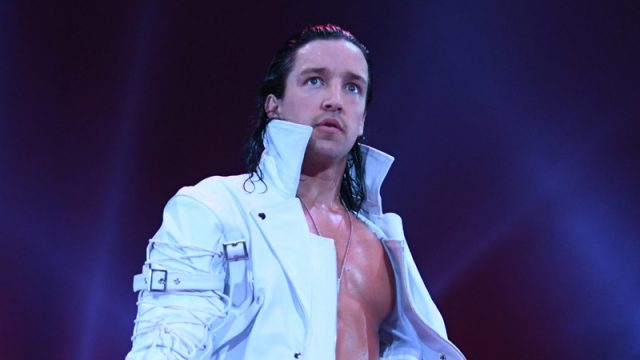 His young 2015 career in NJPW saw him mix it up with legends such Jushin Thunder Liger, AJ Styles and Tiger Mask before he was traded out to several NJPW affiliated promotions such as Rig of Honor and RPW. During this time he established himself as a strong up-and-coming prospect.

After spending two years on loan, White returned to NJPW in 2018 with his new villainous Switchblade persona. Donned in torn leather and with a penchant for flick knives White went straight after Tanahashi and the IWGP Intercontinental Championship at Wrestle Kingdom 12.

White was unsuccessful in his title challenge against the Ace of NJPW, but things were about to pick up for the Switchblade. The following night Kenny Omega reached out to White with an offer to join the Bullet Club. White teased joining the hugely popular faction but levelled Omega with his Blade Runner finishing move.

This kicked off a feud between the two, which resulted in White joining the babyface Chaos faction led by Okada. The two factions clashed regularly before White challenged and defeated Omega for the IWGP United States Championship at New Beginning in Sapporo.

A strong showing in that year’s G1 Climax with victories over Okada and Tanahashi saw White turn heel and destroy both of NJPW’s top guys and become the leader of the Bullet Club in the process.

White continued to skyrocket to success within the promotion as he defeated Okada at Wrestle Kingdom 13 in a grudge match before beating Tanahashi for IWGP Heavyweight Championship at New Beginning Osaka.

During this time White really found his stride as the most hated man in NJPW. His post-match promos and interviews literally cleared arenas as he taunted and insulted fans to the point where they refused to listen. But, what makes White one of the best in business is his in-ring prowess and ability to back up everything he says with awesome matches and performances.

The Heavyweight title win saw him achieve one of professional wrestling’s most coveted prizes and signalled a string of stunning outings for the Switchblade.

One of those highly-rated matches came at G1 Supercard in Madison Square Garden against Okada. Despite losing the title White continued his incredible run when he defeated Tetsuya Naito for the IWGP Intercontinental Championship, which he then dropped back to the leader of Los Ingobernables de Japon at Wrestle Kingdom 14.

The global pandemic stopped the world but not White’s momentum as he defeated Kota Ibushi to become the first-ever wrestler to win the Tokyo Dome IWGP Heavyweight and Intercontinental Championships challenge rights certificate from the G1 Climax winner before becoming the first-ever New Japan Grand Slam champion and the fifth man to win the New Japan Triple Crown. 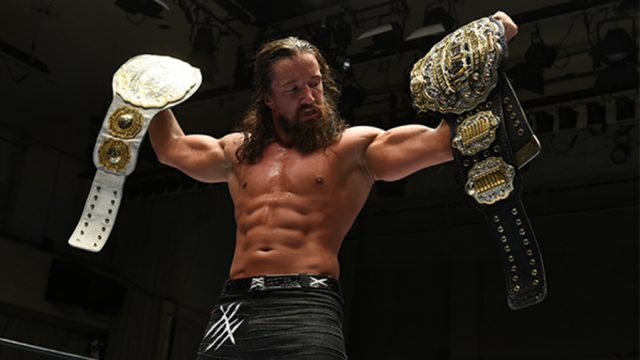 White then entered the forbidden door for the first time when he turned up on IMPACT! Wrestling adding must-see talent Chris Bey to the Bullet Club before making his surprise appearance for AEW.

His introduction to AEW was a shocking moment, which led to obvious wary from the Young Bucks regarding his intentions in the promotion.

What we have seen thus far portrays an affiliation to the former members of the Bullet Club, but one thing is for sure, the Switchblade will put on matches you will not want to miss.