Who is Danhausen? It’s simple really. He is very nice, very evil. Want to know more? Then read on!

Trained by Jimmy Jacobs and Truth Martini, Donovan Danhausen wanted to be a wrestler ever since he saw Kane rip off the door to Hell In A Cell during his debut at Bad Blood 97.

Donavan would make his own professional wrestling debut in late 2013. Originally going by his full name, even without the makeup Donavan already had a touch of the devil about him thanks to his awesome demonesque tattoos. 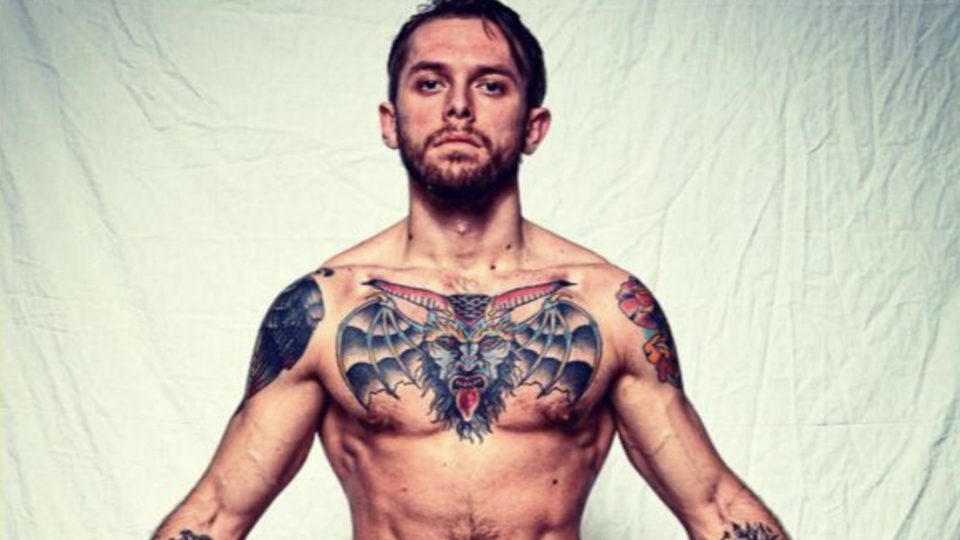 Over time, the character would evolve. He first put on makeup at a Halloween show for Southern Underground Pro in Tennessee, painting his face in a design based on the ghouls of the John Carpenter classic “They Live” starring Roddy Piper. 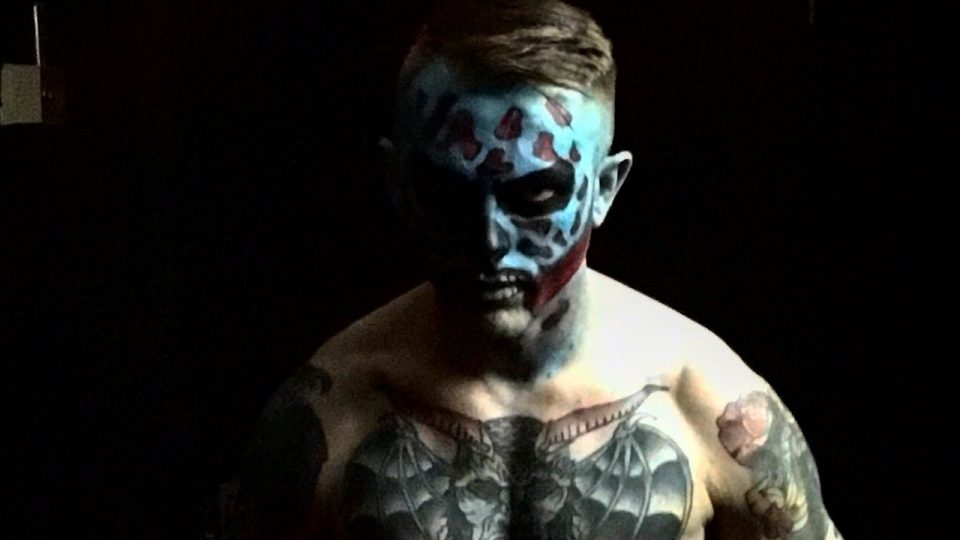 He would then experiment with his look, inspired by the band Converge and their album Jane Doe. 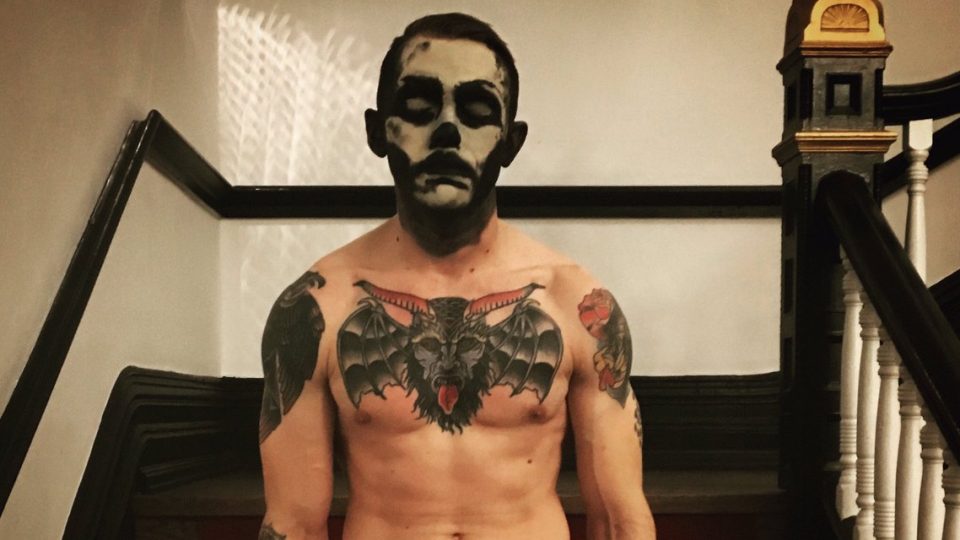 However, Danahusen would find his final form at the Theatre of Horror Halloween weekend where his wife Lauren Jiles, under her burlesque stage name Lou Lou la Duchesse de Riére, was performing.

At the event, He wore make-up inspired by the infamous subliminal flash shot of the demon Pazuzu from The Exorcist. 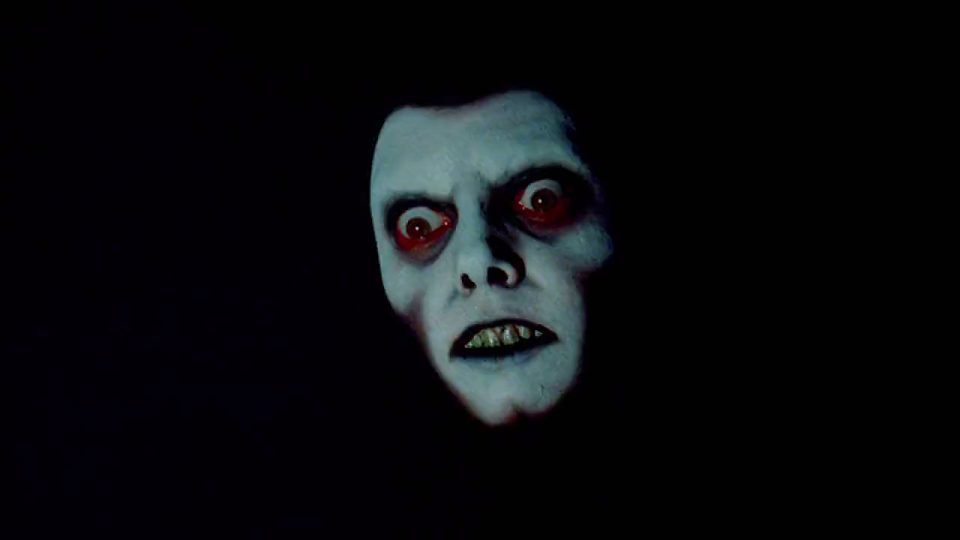 This would go on to be the foundation, both figuratively and literally, Danhausen would use to create his iconic appearance, But if you ask the man/demon himself, he doesn’t wear makeup. Just a little bit of red. 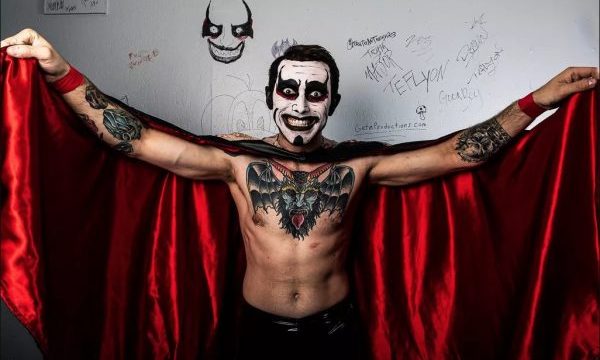 Originally the character, now known simply as “Danhausen” after dropping his first name, was more unnerving rather than funny.

His promo videos were sinister in tone, resembling the nightmare imagery of early German expressionist horror cinema, like The Cabinet Of Dr Caligari, or the works of David Lynch. 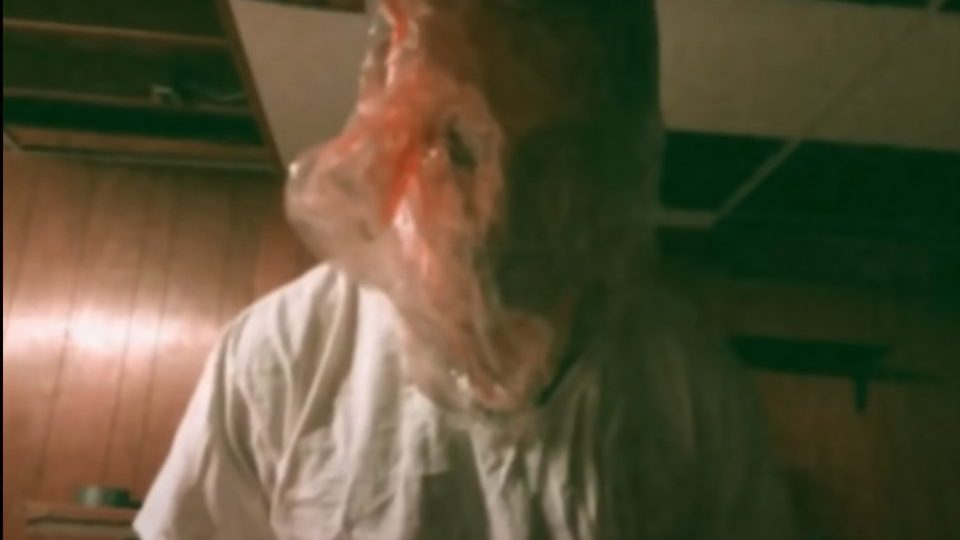 His in-ring character was also more violent and unsettling, portraying himself as more of a man possessed, ambiguously letting the audience decide if that possession was a demon or madness.

Like his make-up, his character would soon evolve into something more light-hearted, and it all started with a smile, sending up the traditional pro wrestler promotional look.

“I noticed in wrestler photos, they’re always angry, but traditionally in photos, you’re supposed to be smiling. I played up the whole thing of smiling–it’s fun, it’s creepy, it’s kind of a parody of what a wrestler is supposed to be.”

Danhausen would take inspiration from horror and comedy characters and personalities like Elvira, The Joker, “A demon-possessed Conan O’Brian” and Pee-Wee Herman, the latter of which would be his inspiration for his famous tequila dance kick spot.

Another move in Danhausen’s arsenal would be teeth. Filling his opponent’s mouth with human dentures from his collection, he would then kick his foe in the face resulting in a denture explosion!

His rationale for such is a disgusting manoeuvre is that teeth can’t get you disqualified. Everyone already has teeth in their mouth so they do not qualify as a foreign object!

You would think wrestling purists such as Jim Cornette would detest a potential kayfabe smashing character such as Danhausen. Well, you would think wrong! Cornie is a fan! Well, he is if you keep in mind he has only seen him in Cameo videos.

And that is the true power of Danhausen. He is both hysterical and enduring. His character is that of a demon that wants to learn, understand and fit in with the human world, like an unholy ET.

He comically gets wrestling names and terminology wrong all the time, refers to himself in the third person and labels things that he likes as “Very nice, Very evil.”

It’s this brilliant character work that has truly propelled Danhausen into stardom during this streaming age. His ever-growing YouTube channel Love That Danhausen has over 100,000 subscribers thanks to his vlogs and his action figure unboxing vids, of which he is an avid collector.

With a brilliant character and a strong work ethic Danhausen has become very famous and has made lots of monies, the two things he craves the most, and would do anything to achieve.

Apart from swearing. You can’t swear if you want to be on television.

Danhausen has also been interviewed by one of his heroes and inspirations, Conan O’Brian!

As his following grew, Danhausen earned himself a contract with Ring of Honour in 2019.

Sadly, Danhausen would suffer a massive injury in a match against Dirty Dango FKA Fandango where he would break his leg, almost poetically on Halloween night 2021, the same holiday that would help inspire his creation earlier in his career.

So why should you be excited about an injured wrestler making his debut? Because people love that Danhausen! Even CM Punk, or as Danhausen affectionately calls him, Pepsi-Man.

Feeling slightly less cursed. Going to the cybernetic leg doctor tomorrow to see how much longer Danhausen will be slightly cursed and not able to workout. Thank you for asking. How is your bloody head?!

Even without the use of his legs Danhausen’s presence continues to grow, already building/burning bridges with AEW’s roster. 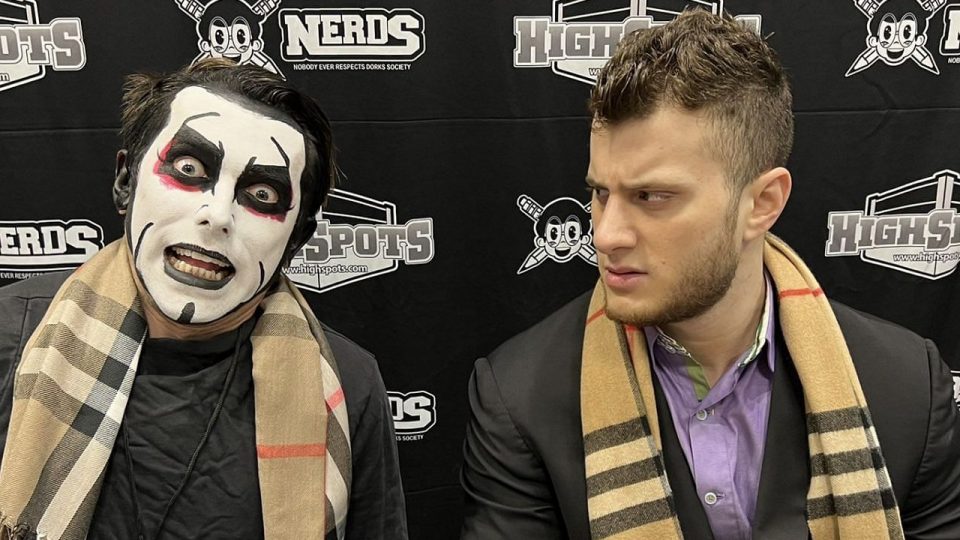 For example, he has recently been terrorising the Gunn Club at wrestling conventions labelling them as “Billy Ass and The Ass Boys,” a moniker Billy Gunn seems to love, but his sons hate.

It’s exciting to see how Danhausen will get along with the rest of the AEW roster. Fans are thrilled at the thought of him interacting with the likes of Dark Order, Sting, Darby Allin, Pepsi-Man, the Ass Boys or anyone on the company payroll, really.

Soon everyone will love that Danhausen more than ever, and that is very nice, very evil.

my life is fu**ing ruined…#AEWDynamitepic.twitter.com/rXb2t8VxVd

Well, everyone apart from the ass boys.