One of the biggest money-makers for wrestling promotions is the merchandise. Over the years there have been countless lines of action figures, replica championship belts, t-shirts, posters, and magazines. However, with the volume of products being created by promotions all over the world, it’s inevitable that some things will be on the odder side of the spectrum. With that in mind, we’ve delved into their back catalogues to bring you some of the weirdest wrestling merchandise ever produced! 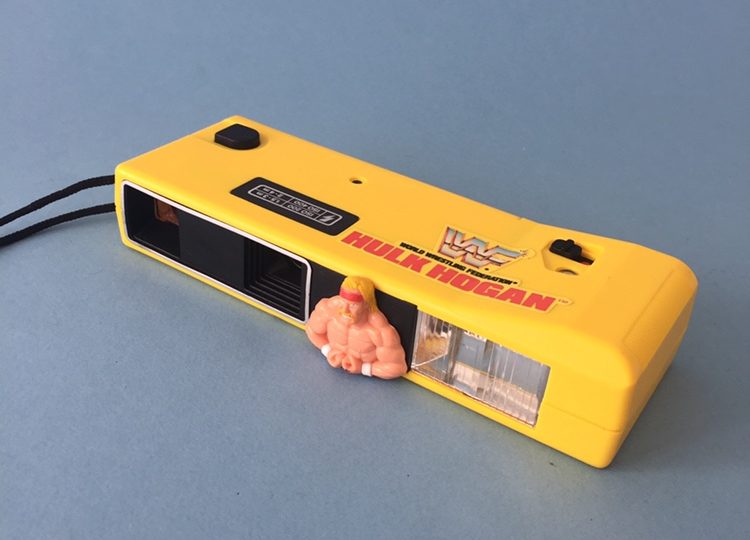 Back in the early 1990s, Hulk Hogan was a household name and Hulkamania had been running wild for a decade. The multi-time WWF champion’s face could be seen everywhere, from commercials to action figures and even cereal boxes. But what if you wanted the Hulkster to appear in a photograph with you and your friends?

That’s where the Hulk Hogan Signature Camera from Remco comes in. Released in 1991, not only did it come in Hogan’s signature yellow and feature a 3D likeness of him on the front, but every picture you took would include a full-colour image of the man himself looking intense and ripping off his t-shirt! I can only imagine Hulkamaniacs everywhere have taken birthday and wedding photos with an angry Hogan staring them down. 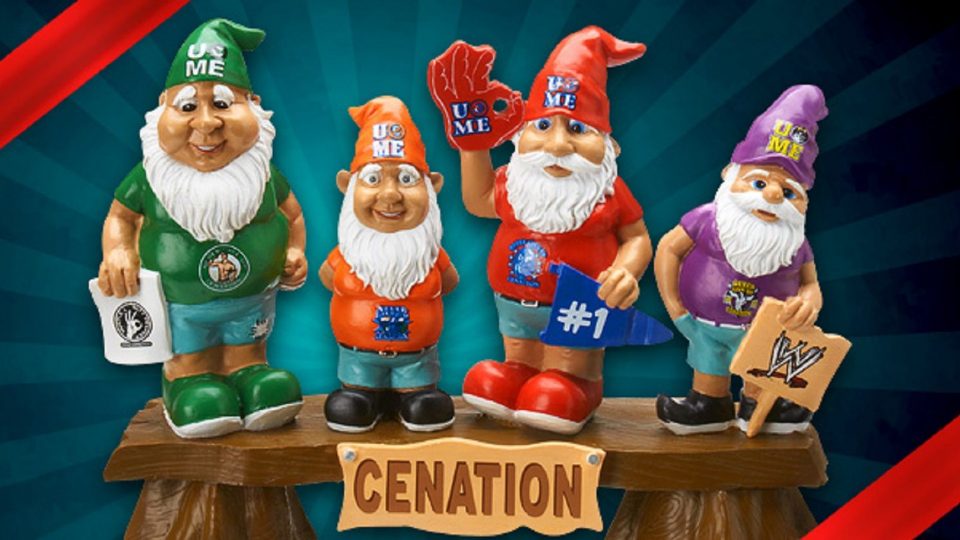 During The Rock’s feud with John Cena in the build-up to WrestleMania 28, the Great One threw a catalogue of Cena’s merchandise into Boston Harbour. When he came across one piece in particular, he asked the question on everybody’s lips, “What fourth dimension of hell did this come from?!”. That item was the John Cena garden gnome, and we never did find out the answer. Weirder still, after the mockery, WWE doubled down on the gnomes, releasing an ornamental set of four Cena gnomes on a bench which, for no good reason, they believed fans would just love to have on their work desks.

Of course, WWE didn’t stop at gnomes for the Cenation, they also had others including Hornswoggle Zack Ryder, CM Punk, and… The Rock. Yes, the very item that so horrified the People’s Champion was recreated in his image, and probably haunts somebody’s garden to this day. 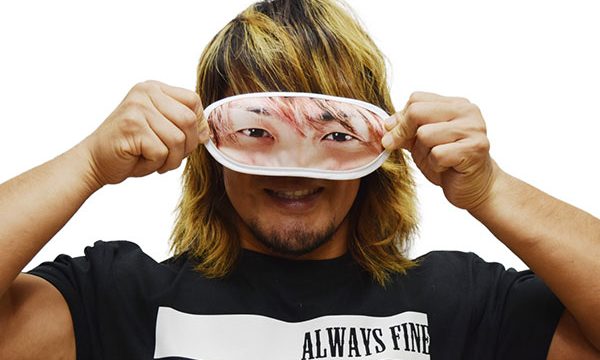 Have you ever wanted to glare at people while you’re fast asleep? Well, New Japan Pro Wrestling’s range of Wrestler Eyemasks are for you! Featuring a variety of top NJPW wrestler’s eyes, from a quizzical Okada to a Tranquilo Naito, these not-at-all creepy masks will help you sleep while keeping anyone who might disturb your sleep at bay.

If you can explain away the thick colour outline, they might also be useful for early Zoom meetings or lectures, although EVIL’s intense stare and heavy mascara might still raise questions. 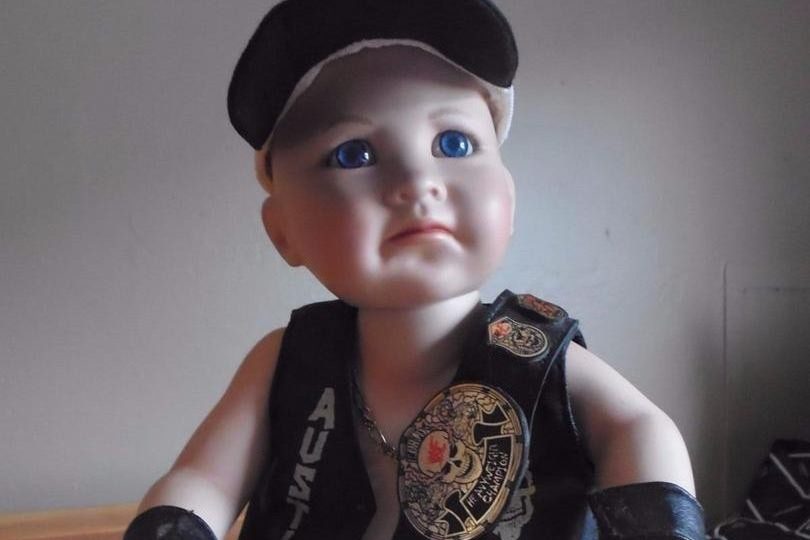 Another item on the creepier side of things is the ‘Little Stone Cold’ Steve Austin porcelain doll produced by Danbury Mint. Porcelain dolls are a bit weird at the best of times, mainly because of the uncanny valley effect their eyes produce, and the fact a lot of us have likely seen at least one movie where the doll comes to life.

The Stone Cold doll comes complete with 3:16 faux leather vest, jorts, a gold necklace, faux leather wristbands, a Stone Cold baseball cap, and a great-looking mini Smoking Skull Belt. If it was in your home, there’s a high chance you could wake up to a toddler-sized Stone Cold Stunner and no beer left in your fridge. 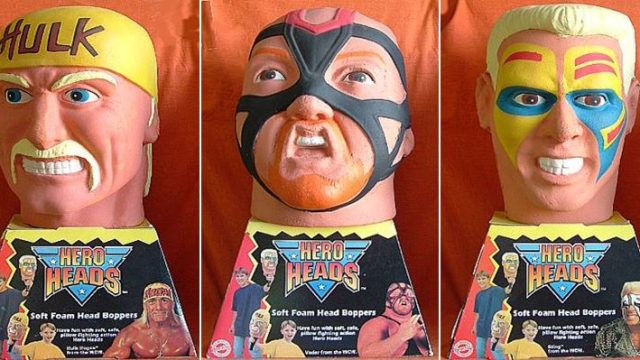 While best known for producing a wide range of WCW action figures, San Francisco Toymakers also dabbled in various other toys for the company. One of these lines was the WCW Hero Heads. These soft foam ‘boppers’ consisted of the heads of various wrestlers, including Hulk Hogan, Sting, and Vader, attached to bright yellow sticks. The idea was for you and your friends to attack each other with the giant severed heads of your wrestling heroes!

Alternatively, you could probably use them for historical re-enactments. The Vader head in particular wouldn’t look out of place at the gates to a castle in medieval Britain.