During the Biggest Party of the Summer Morgan survived an onslaught of offence from the former UFC star who mercilessly targetted the champion’s arm. Rousey locked in the armbar on Morgan while her shoulders were on the mat and as the referee counted to three, Morgan tapped out.

Rousey released the hold believing herself to be the victor, but when the referee announced Morgan as the winner she snapped and attacked both the champion and the official. Following the assault, WWE announced that Rousey was fined and suspended indefinitely.

The rivalry began at Money In The Bank when Morgan captured the coveted briefcase and cashed it in to become SmackDown Women’s Champion on the same night.

Rousey had successfully defended her title against Natalya but suffered an injury to her leg in the process. Morgan seized the opportunity and pinned Rousey to become a champion for the first time in her career.

The wins were a special moment for Morgan, who has been the perpetual underdog throughout her career but she has constantly fought to improve herself and climb the ladder to better her position on the card. Her passion, genuine likability and failures created a ground swell of support from the fans.

She lost out on every big chance she got. Royal Rumble’s, Money In The Bank, and challenged for Raw Women’s Championship but stumbled against Becky Lynch. Despite these losses, she never gave up and organic support finally led her to victory.

After achieving her dreams and winning a championship, Morgan now has a title-shaped target on her back. Here are our top 5 challengers for her and the SmackDown Women’s Championship. 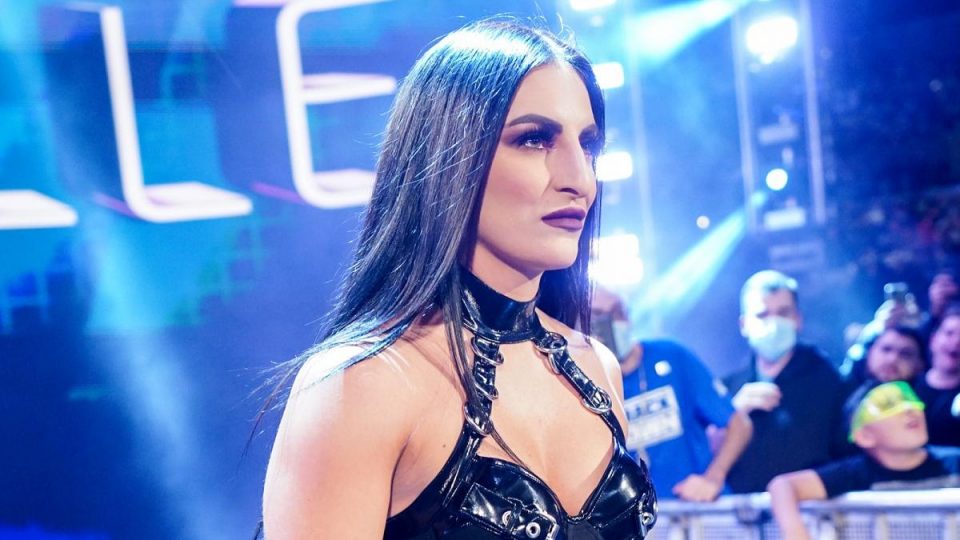 Sonya Deville would an excellent challenger for Liv Morgan’s SmackDown Women’s Championship. Deville has a history of using her backstage authority to mess with Morgan. During the lead-up to 2021’s Money In The Bank event, Deville constantly hindered Morgan’s quest for qualification. Therefore, providing the perfect ammunition for a feud.

Deville is no stranger to inserting herself into title matches either. Earlier this year she made herself the number one contender to Bianca Belair’s RAW Women’s Championship. That plan didn’t go work out, so she could go after Morgan and her title mistaking her for an easy route to championship gold.

Deville plays the heel role brilliantly and is the perfect bad guy to Morgan’s uber-babyface, which would be a great way to bolster her title reign. 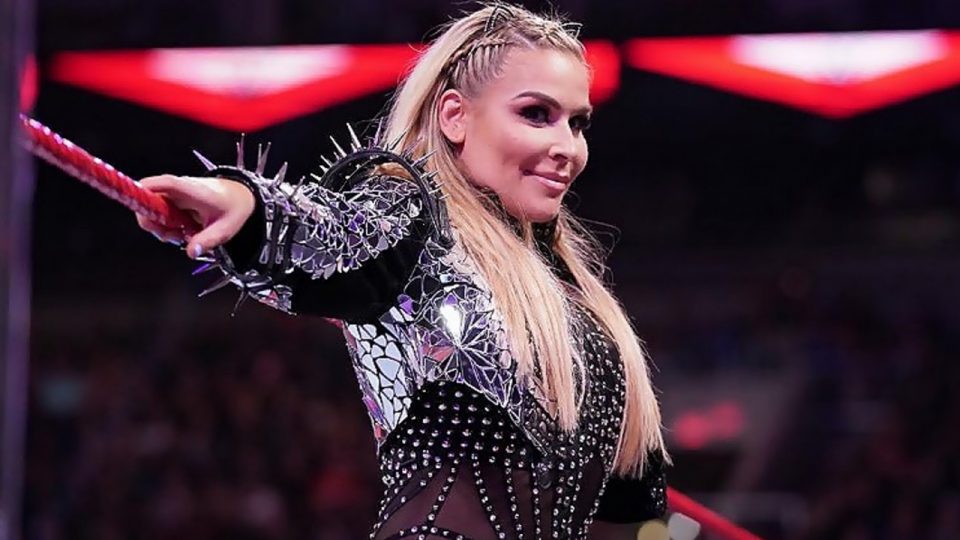 Natalya is another great challenger to step up to Morgan. She is the good hand of the women’s division and is a tried and trusted opponent for many Superstars. She possesses the experience, skills and tools required to elevate the new champion.

As a brand new champion, it is make or break time for Morgan and that is why challengers are so important. Natalya would help her both backstage and in the ring, giving Morgan a decent feud and successful title defence. Nattie’s backstage tutelage is well known by now and Morgan has been filmed regularly training at her and T.J. Wilson’s new version of the Dungeon.

Despite being a real-life good guy Nattie plays a good antagonist and could produce some strong back-and-forth segments with Morgan adding more growth to her already blooming babyface position.

Since Money In The Bank the pair have continued to clash on SmackDown, meaning that a future title match between the pair isn’t out of the question. 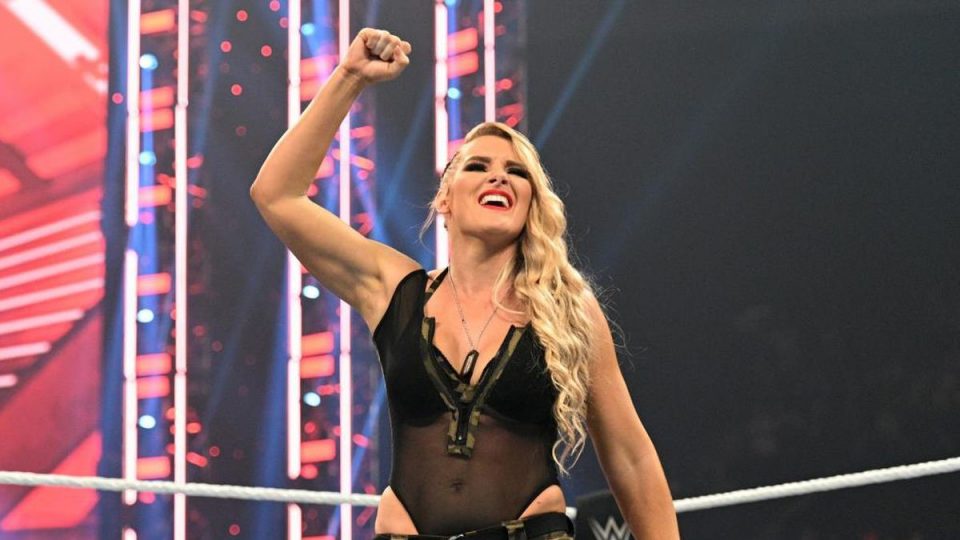 Evans possesses a strong threat to Morgan. She is bigger, stronger and meaner than the SmackDown Women’s Champion and her recent heel turn has seen her do what she does best which is lay people out with the Women’s Right.

Evans’ superiority complex could very well see her go after Morgan and the title setting up and continuing the champion’s underdog status. The challenge would also give the former Sassy Southern Belle some much-needed direction.

Using her military background and real-life tales of childhood hardship Evans returned as a babyface. However, the character didn’t land and the company had her switch brands, characters and back again all in a matter of two weeks.

Now back on SmackDown and fully invested in the heel turn, Evans would be a great challenger for the champ as another overcoming-the-odds obstacle for the ever-popular Morgan. 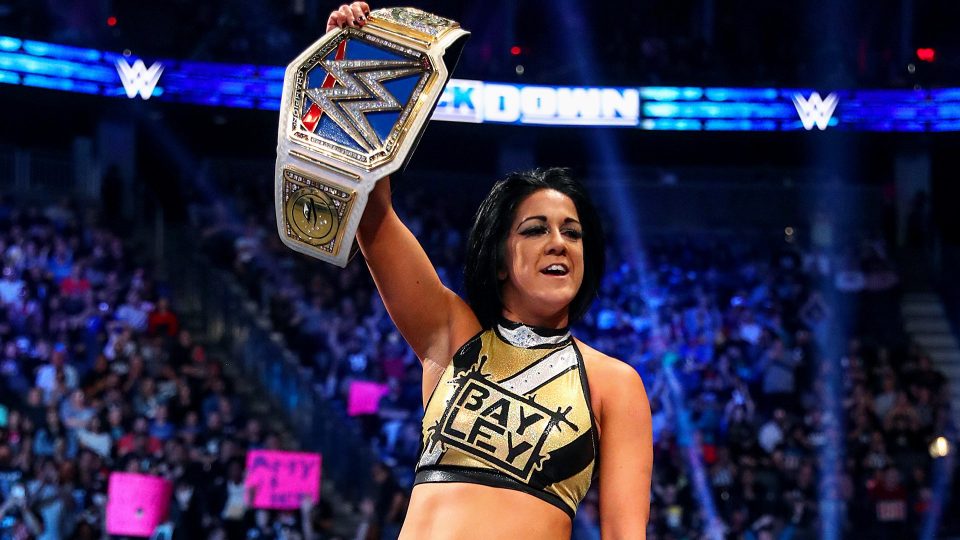 After a lengthy layoff due to a knee injury, Bayley is back will most certainly have her sights set on reclaiming the title she held for 380 days. During her tremendous heel run in 2020/21, she was synonymous with the SmackDown Women’s Championship. Her brash, cocky and conniving ways of retaining the title carried the promotion through the Performance Center-Era.

Bayley is another selfless performer who elevates everyone she works with. Her feud with Bianca Belair after she defeated Sasha Banks for the title at WrestleMania 37 was to raise her star power and make her first championship run feel legitimate. This is something, the Role Model could do for Morgan depending on how much stock WWE put into the new champion.

As an act, Bayley is head and shoulders above most of the women’s roster meaning those who go against her must raise their game immensely just to be on a similar level. So for Morgan to go against Bayley would hugely beneficial for the young star and endorse her first title run. 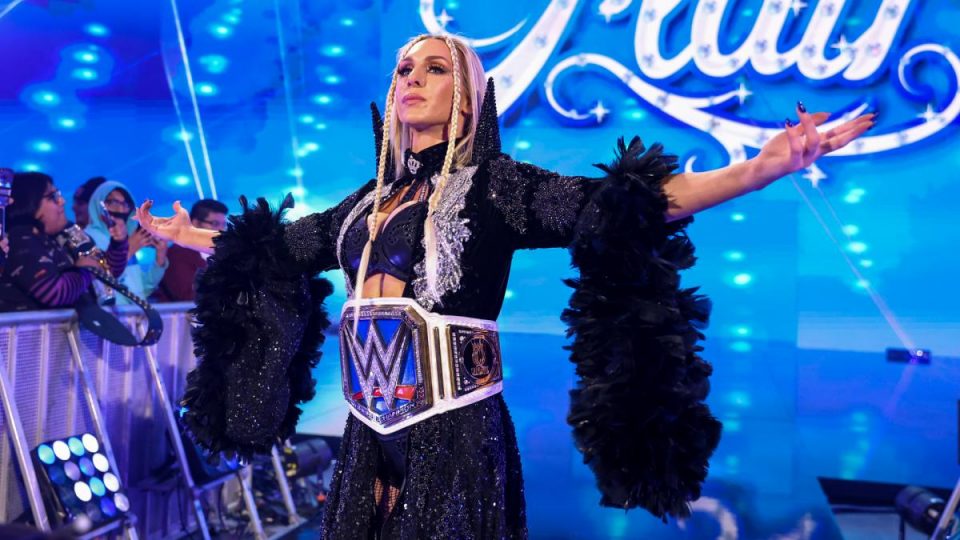 The Queen hasn’t been seen on WWE television since she lost the SmackDown Women’s Championship to Ronda Rousey at WrestleMania BackLash. Since her departure there has been a lack of star-power on the blue brand, something she possesses in spades.

During her absence, Rousey has struggled at times as the main star on SmackDown, with fans criticising her seemingly lacklustre promos and body language. Changing the champion to someone with passion, excitement and genuine fan support like Morgan was a move welcomed by many.

Despite the change, Morgan still a quite a way to go to be taken seriously as a main event player and champion. She has gone on record stating she is ready for the top spot and now she has it, she must do everything to maintain it. That is achievable by placing her in feuds and angles that hold weight and Charlotte is an opponent who holds more weight than most.

Charlotte has a long record of putting herself in harm’s way when it comes to making new stars. Charlotte has been the victim of multiple Money In The Bank cash-ins making three new champions in the process. Morgan is already champion but needs to continue on an upward trajectory and Charlotte’s comeback would help that massively.

Her return brings eyes and attention to the show while giving Morgan a strong threat to her title. A threat that if Morgan survives will ensure her to be a made star and champion.