From “Too Sweets” to “Suck Its”, here are the only three men to be part of wrestling’s two most famous factions.

Including all variations and sub-factions, both groups have had a combined total of 69 members! Randomly, that’s the same number found on the back of DX’s jerseys, presumably for some unknown wholesome reason.

Despite harbouring a huge chunk of the roster, which evolved from splinter groups of the Kliq, Only three men have had the honour of being part of the black and white and the green and black, and only two were from the aforementioned backstage posse.

So, seeing as we have just passed the 26th anniversary of the New World Order, and edge closer to the 25th anniversary of D Generation X, it might be fun to take a look at the three gentlemen that crossed that gap during wrestling’s highest point. 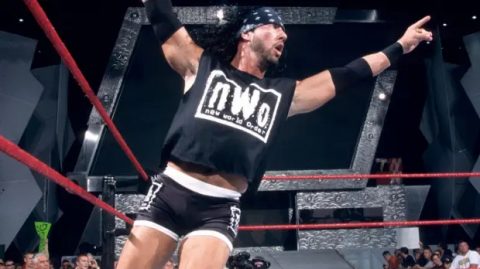 From Lighting to 1-2-3, the kid known as Sean Waltman was the epitome of the underdog babyface in WWF during the new-gen era.

However, turning heel in early 1996, Kid had his final match for the Federation in May of that year before checking into rehab.

Feeling frustrated with the declining pay, Waltman decided to leave, and follow his Kliq brothers Scott Hall and Kevin Nash to pastures new, the WCW.

Being the sixth member of the nWo, and also 1+2+3 =6, Waltman was reborn as Syxx. He had a new look and attitude, a perfect fit for a new wrestling era that was just around the corner.

Meanwhile, in WWF, Syxx’s other Kliq buddies had formed D-Generation X. With Shawn Michaels beginning his four-year hiatus due to a back injury following Wrestlemania 14 in 1998, Triple H became the new leader of DX and started to rebuild his army.

That recruitment drive began with the addition of a familiar face, Sean Waltman. After being fired by WCW, Waltman returned to the WWF the night after WrestleMania 14 to a monster ovation.

After Vince McMahon suggested the name “The Man” 20 years before Becky Lynch would take that moniker (because that’s what kids grow up to be, you see) Waltman told Vince about the six-pack nickname he earned in WCW, a title earned for his beer-drinking habits, not his ripped abs.

It evolved into X-Pac to fit with his new DX role (and avoid pesky copyright issues) and the rest is history.

X-Pac would return to the nWo during their 2002 WWE run, which leads us to the next person on our list. 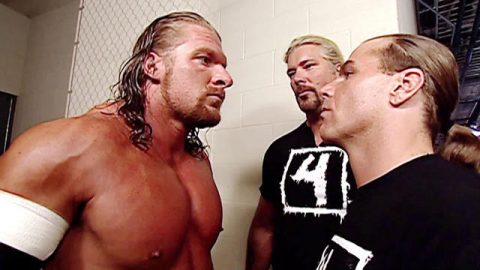 nWo 2002 gets a bad rap, but that’s not to say it didn’t have its moments. The Vince chair-turning announcement, seeing Hogan, Hall, and Nash in a WWE ring for the first time in many years, and Hogan vs. The Rock at Wrestlemania 18 are just a few.

Hogan turning baby face following Wrestlemania due to fan reaction, and Scott Hall leaving due to personal struggles may have been the beginning of the end for the revival, but it also gave us one of the biggest moments.

On June 3rd, 2002, Kevin Nash introduced us all to the newest member of the New World Order. Sexy Boy hit the speakers and out danced a returning Shawn Michaels, clad in a nWo t-shirt and back-to-front Kangol hat.
Fans were ecstatic to see The Showstopper and Big Daddy Cool together again.

Michaels was still retired from in-ring action, working more in an enforcer type role, A bit like how Kevin Nash had done for him during his early Diesel days, or how the third person on this list served him, Hunter and Chyna in the original DX, but more on that in a moment.

nWo 2002 would dissolve a few months later, but it ended up serving as a catalyst for Shawn to feud with Triple H and return to the ring.

This next run would not only lead to the reformation of DX (eventually) but also propel Michaels to cement his legacy as one of the greatest of all time. Another reason to be thankful for nWo 2002. 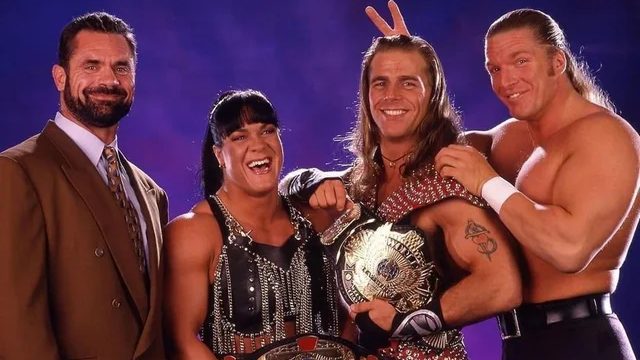 Returning to WWF in August of 1997, Rick Rude had a new role, serving as an enforcer for Triple H, Shawn Michaels, and Chyna.

Gone were the days of the legendary artwork tights and hip gyrations, this incarnation of Rude didn’t wrestle matches at this time but just helped his new faction pick up victories.

During the run-up to Survivor Series 1997, on a historic October Raw, a suit-clad, briefcase clinching Rude stood with his three teammates on the Titan Tron while Bret Hart berated them from the ring, calling them nothing but a bunch of degenerates.

Shawn retorted “Triple H, HBK, Chyna, Ravishing Rick, we are D-Generation X, you make the rules and we will break them!” and the first incarnation of the legendary group was born.

Yes, Rick Rude was a founding member of DX. For about a month or so.

Already frustrated that he was only being paid by appearance, the added events of the Survivor Series 1997 screwjob were enough to make Rick leave.

One of the benefits of Rude’s WWF deal meant that he wasn’t locked under contract and could head to the guaranteed pay of WCW straight away.

With that Rick joined the WCW and the nWo, making wrestling history in more ways than one.

Rick was the first person to be part of both DX AND nWo. But on top of that, due to Raw being pre-taped, he appeared on Raw AND Nitro on the same night!

But on top of THAT, due to the World Wrestling Federation having a deal with Extreme Championship wrestling, Rick Rude appeared on WWF, WCW AND ECW television all in the same week.

I’m sure that’s enough to make sure all you sweat hogs keep the noise down and appreciate what a real legend Rick Rude was to the industry. Now hit the music.