AEW fans were recently given an introduction to Maki Itoh after her involvement in the AEW Women’s World Championship Eliminator Tournament. The ‘Cutest in the World’ arrived to much fanfare and faced off against eventual winner Ryo Mizunami. Despite losing in the opening round of the tournament, Itoh captured the attention of many through her undeniable charisma and unique persona.

Whether it be through her Twitter antics, introducing herself to AEW fans with a cheerful “Hello Motherf*ckers”, singing her own entrance music, or demanding that the audience tells her that she is the ‘Cutest in the World, Itoh stands out.

This led to her recently reappearing for AEW at their March PPV Event ‘Revolution’ where she was announced as Britt Baker’s surprise tag team partner.

Itoh is set to make her television debut for the promotion during the upcoming March 10th of AEW Dynamite.

During the match fans were treated to a glimpse at the star’s exuberant offence. Though she has only been wrestling for just over four years, Itoh’s move set continues to expand. Her ‘famously hard head’ is often incorporated into this as Itoh utilises both a Kokeshi Headbutt (much like NJPW legend Tomoaki Honma) and the ‘Flying Big Head’, her version of a diving headbutt.

Ahead of this huge milestone in the young star’s career, many western fans will be unfamiliar with her work, for those looking for an introduction to Maki Itoh her origins and career path have to be discussed. 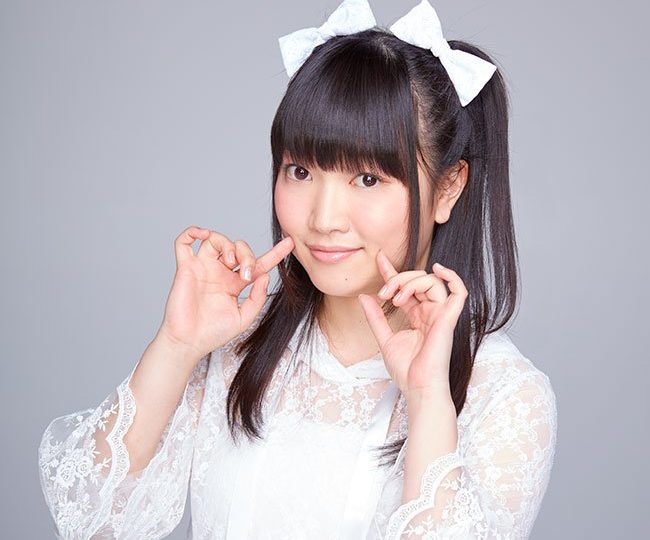 Maki Itoh is a former idol and was a part of the idol group LinQ. For those unfamiliar with the term, an idol is a Japanese entertainer (usually singer) that is often marketed on their looks, persona and attractiveness. Even whilst still performing as an idol, Itoh made sporadic appearances for DDT Pro Wrestling beginning in 2013. The appearances, in matches such as battle royals and idol lumberjack matches, were mostly used to promote LinQ.

Still part of LinQ, Itoh made her official wrestling debut on the 11th of December 2016. In a losing effort she faced off against a woman that would become important throughout her career, Miyu Yamashita. In April of 2017, in Tokyo Joshi Pro Wrestling, Itoh lost to a debuting star, Mizuki. Perhaps one of the most important moments of either woman’s career, the match led to the formation of the Itoh Respect Army.

Despite her new ‘army’ behind her, Itoh continued to lose all of her matches. This would not change until she entered a feud with Azusa Takigawa, a former idol herself. After two double count-out results, the idol vs. the former idol were scheduled to battle each other in an Idol Lumberjack Death Match. 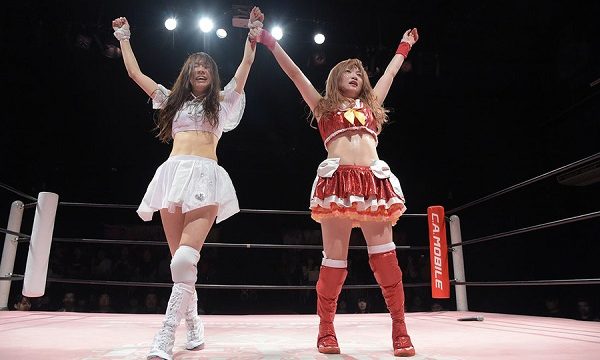 However, just prior to the event, Itoh received the news that LinQ had dropped her. Rather than reaching out privately, LinQ simply announced an updated line-up on social media – a line-up missing Itoh. Unfortunately, this was how Maki Itoh found out that she had become the ‘fired idol’.

Her reaction to the news, rather than causing a decline in her popularity, instead launched it to new heights. As her LinQ music played during her entrance for the lumberjack match, Itoh rushed out and shared the news of her firing. The act made her the number one trend in Japan at the time on Twitter. Clearly fired up after her dismissal, Itoh finally picked up her first win in TJPW by forcing Takigawa to submit to a Boston Crab…eight months after her debut for the promotion, Itoh’s losing streak was finally over.

Though the Itoh Respect Army challenged for titles unsuccessfully, they did, however, succeed separately. During the Yeah! Metcha Tag Tournament 2018, partners were assigned randomly. This resulted in Mizuki being paired with a now fellow AEW star of Itoh’s – Yuka Sakazaki. While, Itoh teamed with Miyu Yamashita, the woman that defeated her in her debut (and knocked her out of the Tokyo Princess Cup just two months earlier).

Sakazaki and Mizuki successfully won the tournament and used this momentum to lobby for a shot at the vacant TOKYO Princess Tag Team Titles. Feeling betrayed that her teammate would try to win championship gold without her, Itoh declared that she would also challenge for the titles. Recruiting Reika Saiki, one half of the former title holders, as her partner, the Itoh Respect Army clashed for glory. 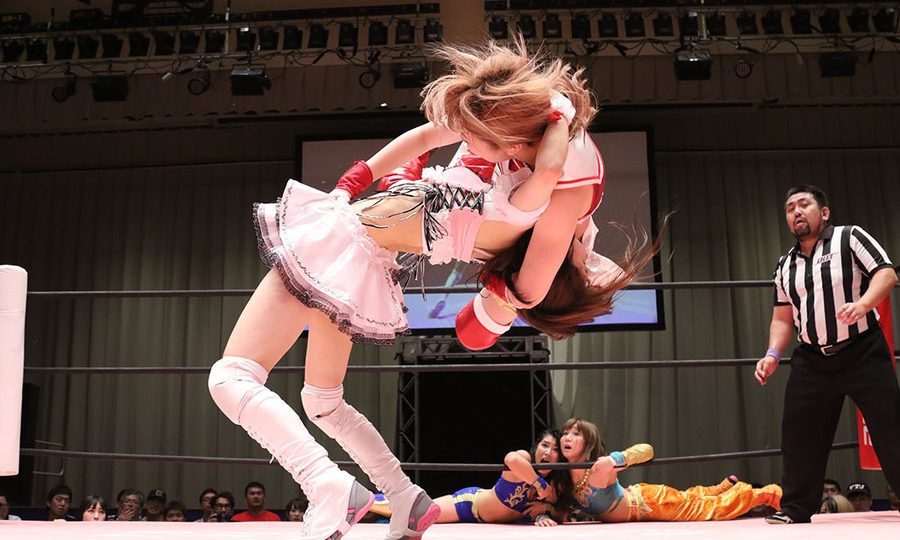 Sakazaki and Mizuki were ultimately successful and Itoh was forced to become the less successful member of her team. This was despite, of course, debuting first. To add to her pain, it was Itoh that was pinned in the match by Mizuki. The two continued to team together despite the tension though the pairing was not to last much longer.

2019 was to be a year of mixed fortunes for ‘The Cutest in the World’. The Itoh Respect Army formally broke up during the year after a singles match between the two former friends. On the 25th of August, in the very building the Itoh Respect Army was formed, Mizuki defeated Itoh to disband the team.

Despite the breakup of the Itoh Respect Army, Itoh did not lack a tag team partner for long. Recruiting fellow DDT star Chris Brookes, the two formed the NEO Itoh Respect Army. Still relatively new, the pair had their first match as a tag team at DDT’s Ultimate Party 2019.

The biggest success of her career so far also took place that year. Ending her years long quest for a championship, Maki Itoh defeated Yuna Manase to win the International Princess Championship. Itoh went on to hold the title for just 78 days, defending it successfully on two occasions before her reign was ultimately cut short by Thunder Rosa (another member of AEW’s roster who Itoh may be gunning for). 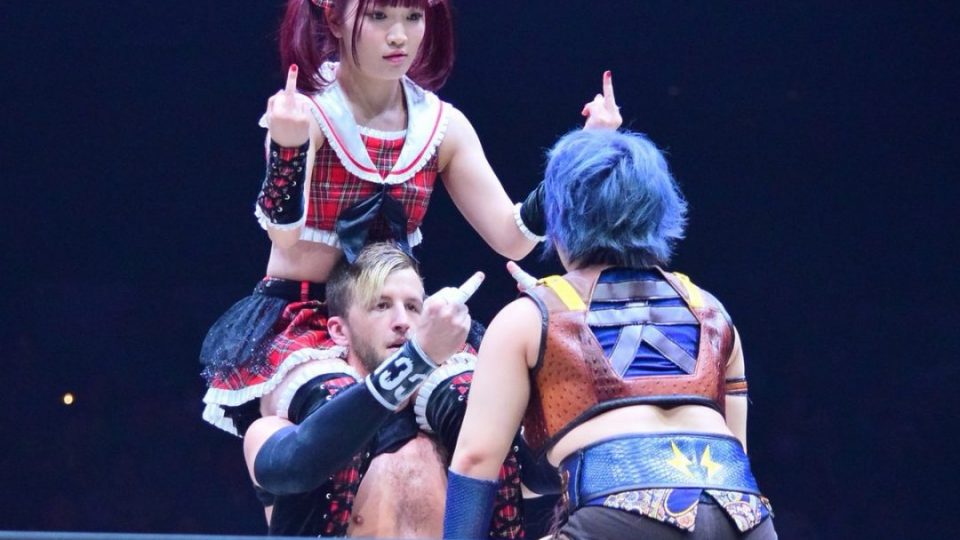 Still just 25 years old and half a decade into her pro-wrestling career, Itoh is continuing to improve constantly. Though her personality attracts more attention than her in-ring skills, 2021 has seen a noticeable improvement in the young star’s performances. Both of her highest rated matches on Cagematch took place this year. This included a 4th of January bout against long-term rival Miyu Yamashita. Despite her improvements over the years, Itoh was still unable to defeat one of TJPW’s aces.

Should Itoh appear for AEW beyond her upcoming Dynamite bout, it is clear the promotion have a potential superstar at their disposal. With her undeniable charisma and ability to work a crowd (“Who’s the cutest in the world?”/”Itoh-chan!”), the self appointed ‘Queen of the Simps’ also has the social media savvy of WWE star Becky Lynch (though their personas differ greatly).

Whichever promotion she appears in, regardless of her spot on the card, the ‘Fired Idol’ commands an audience’s attention. As her stardom has continued to rise even during the pandemic era, it may not be long before we hear 10,000 people proclaiming in unison just who is the cutest pro-wrestler in the world.

For those interested in seeing more of Maki Itoh, ITR has provided a list of recommended matches:

Much of Maki Itoh’s work can be found on Wrestle Universe, where you can watch NOAH, DDT, TJPW and various other promotions. If you would like to find out more about Itoh be sure to listen to The Wrstling Podcast #5, where she was interviewed!