The WWE Championship began life as the World Wide Wrestling Federation Championship in April 1963, when the company withdrew from the National Wrestling Alliance. In the near sixty years since, 53 men have held the prestigious title. This feature looks at the five youngest wrestlers to have lifted that belt. 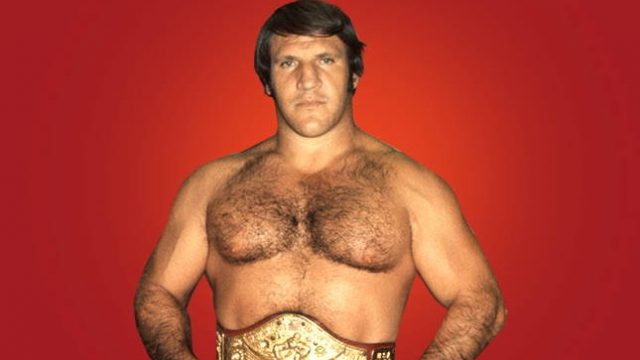 The longest reigning WWE Champion of all time was also one of the championship’s youngest titleholders. Bruno Sammartino was the WWE Championship’s second title holder defeating ‘Nature Boy’ Buddy Rogers on May 17, 1963.

The 27-year-old held the title for over seven years before he dropped the belt to Ivan Koloff on January 18, 1971. He would reclaim the title almost three years later at the age of 38.

The Undertaker wrestled in WWE for three decades. ‘The Deadman’ made an instant impact and quickly became a headline act.

Exactly one year after his debut, ‘The Phenom’ defeated Hulk Hogan to lift his first WWE Championship at the 1991 Survivor Series. At only 26 years of age, ‘Taker was the youngest title holder in the belt’s near three decade history at that point in time.

The Rock won the first of his eight WWE Championships, at just 26 years of age at the 1998 Survivor Series. ‘The People’s Champion’ defeated The Big Boss Man, Ken Shamrock, The Undertaker and Mankind to lift the vacant title in the Deadly Game tournament. That win marked a meteoric rise for The Rock. He had only debuted at the 1996 Survivor Series two years earlier and had only turned professional one year prior to that.

The 26-year-old would win the WWE Championship twice more before his 27th birthday and is one of the few wrestlers to hold the title in three different decades; 1990s, 2000s and 2010s.

Few wrestlers rose to the top of the card quicker than Yokozuna.

The behemoth debuted on WWE television on the October 31, 1992 episode of Superstars. Just under three months later, Yokozuna won the 30-Man Royal Rumble and earned a crack at Bret ‘Hitman’ Hart’s WWE Championship at WrestleMania IX.

Yokozuna became the youngest title holder in the belt’s then-three decade history when he pinned Hart. However, his reign lasted mere minutes, as he was quickly dethroned by Hulk Hogan in an impromptu challenge immediately following the main event.

Yokozuna would win his second and final WWE Championship from Hogan at the 1993 King of the Ring event, just over two months later.

In 2002, Brock Lesnar was billed as ‘The Next Big Thing’ and was fast-tracked to main event stardom immediately after his debut on the post-WrestleMania X-8 Raw.

He won the 2002 King of the Ring in June and challenged The Rock for the WWE Undisputed Championship at SummerSlam just two months later. Lesnar pinned The Rock to become the WWE Champion at just 25 years of age, making him the youngest title holder in the title’s near sixty year history.

That is a record that has stood for almost two decades and is likely to stand for many more years to come.

You can watch all of these title changes exclusively on the WWE Network. You can also check out our article on the five oldest ever WWE Champions here.