A look at seven wrestlers who have dared to don the makeup of a man named Sting.

A sad fact about being a wrestling fan is no matter how much effort you put into your Halloween costume of your favourite grappler, the majority of people will not know who you are.

Unless you go as someone REALLY iconic. By that, we don’t mean THE IIconnics

We mean The Icon! The Stinger!

Actually, people will probably just think you’re dressed up as The Crow.

Still, a lot of wrestlers have donned the Sting make-up over the years. Some in respect of the legend, some to play mind games with him, but non-storyline wise it’s probably because dressing up as Sting looks like great fun.

Before we get started, an honourable mention to the Sting clone who used to front the band The Police. 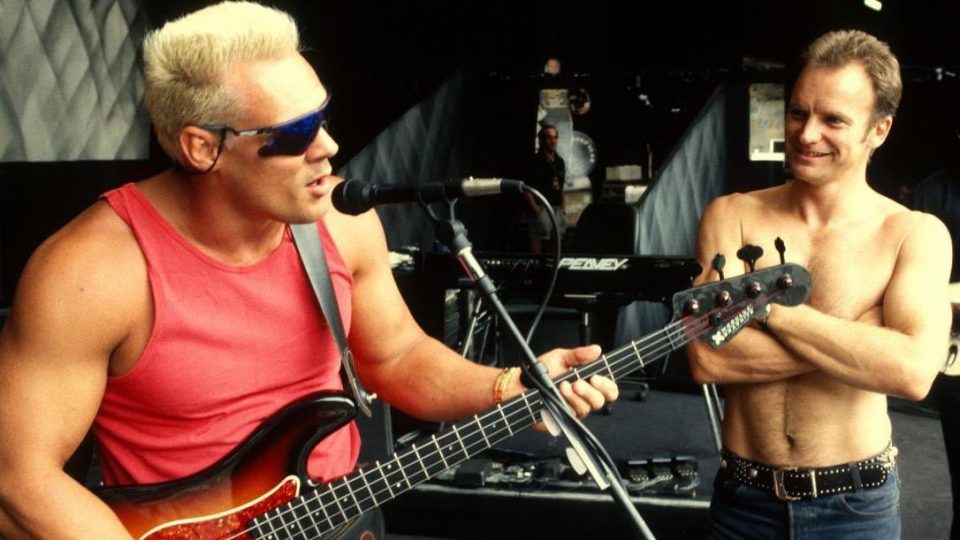 Here are seven other imitators from throughout the years. 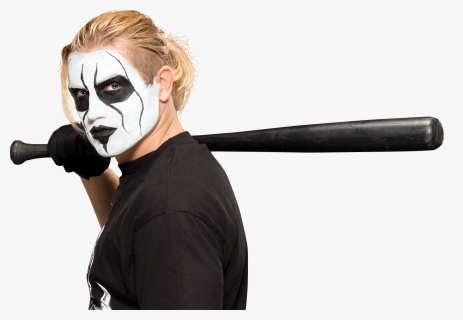 If you are indeed planning on dressing up as The Stinger this Halloween, or any kind of een, then you might want to check out this youtube video.

Throughout October 2016 WWE ran a series of make-up tutorials for various wrestlers.

Bayley did The Ultimate Warrior, Alexa Bliss did Goldust, Xavier Woods did the Boogeyman and of course, Tyler Breeze did Sting.

After much deliberation with WWE makeup artist Lindy Sue as to where to go with surfer Sting and Crow Sting, Breeze chooses the latter.

The real WCW legend tends to do his makeup himself, and in this video you can see the effort it takes, with primer, base paints, and detailing to adorn the full look. 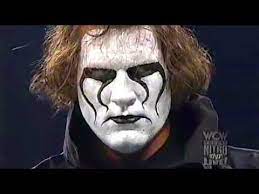 There are two famous Jeff Farmers in Pro Wrestling, one of which being “Jumping” Jeff Farmer, who once gave what many would call the greatest wrestling promo of all time.

The other Farmer had been wrestling for WCW under the name, Cobra, a soldier character whose gimmick was created to battle real-life marine Sgt. Craig Pittman.

When Sting did the unthinkable a joined the nWo in 1996, it was later revealed to be a rouse, and was indeed an imposter played by Farmer.

The incredible thing is, unlike most doppelganger gimmicks that last a couple of months at best, Farmer’s nWo Sting would keep the gimmick for a couple of years, wrestling for NJPW in character as part of nWo Japan. 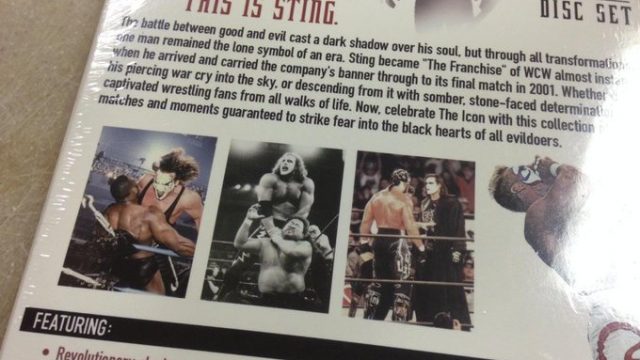 Famously, a picture of Jeff Farmer wrestling in Japan made its way on the 2014 “Best Of Sting” DVD back cover, a mistake admitted later by the WWE. 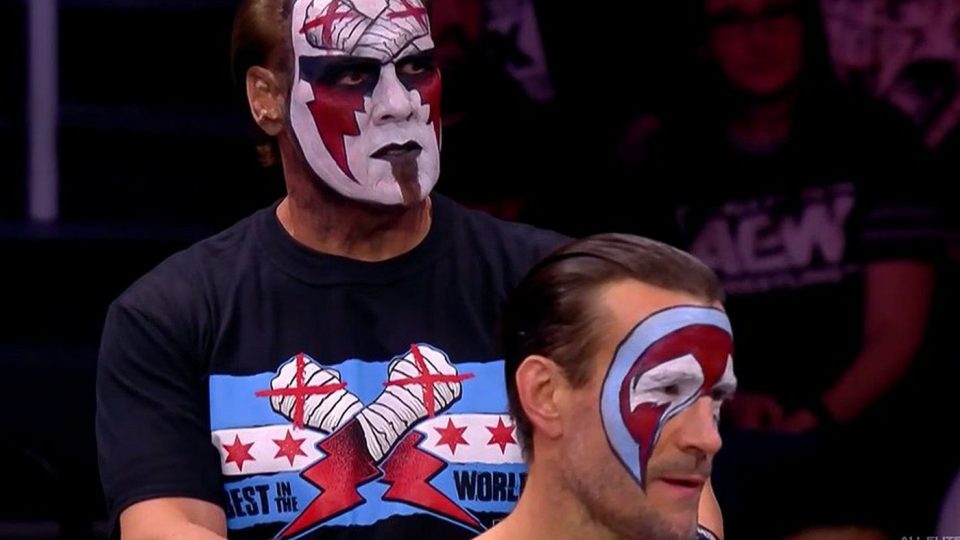 On the December 22nd Holiday Bash edition of AEW Dynamite back in 2021, the trio of Sting, Darby Allin, and CM Punk teamed up to take on The Pinnacles FTR and MJF.

Out of respect, that night Punk dressed up in the style of the original surfer Sting, using the Chicago flag colours. During his entrance, after checking his watch, rather than his usual proclamation of clobberin’ time, Punk let out a Stinger-esque cupped hand battle cry instead.

The WWE Hall of Famer returned the respect, wearing his own custom make-up with CM Punk X fists on his forehead and red lightning bolts under his eyes. 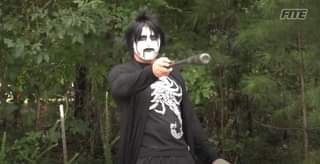 During the pandemic, a new wrestling company came onto the scene. One that took the industry back into prominence. One that set the standard for prestigious in-ring action via industry legends giving their all to entertain us despite the dark times.

We are of course referring to Talk ‘N Shop A Mania.

Many would say that the heart and soul, or the conscience of the company conceived by Doc Gallows and Karl Anderson was a man named Stang.

Little is known about this shadowy figure. He was first seen as part of Matt Cardona’s and Bryan Myers’s Major Wrestling Figure podcast, appearing now and again to fight injustice.

From the little we do know, his fighting style and figure is similar to that of one Heath Millar. Perhaps he was trained by, or even trained the artist formally known as Heath Slater.

Of course, it couldn’t be Heath himself. Heath has kids and no time for such Tom Foolery. 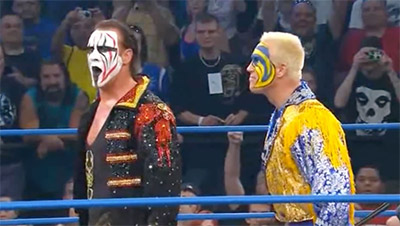 After battling Rob Van Dam at TNA Sacrifice 2011, Sting made his way to the ring on an episode of Impact to give props to his opponent. During his impassioned babyface promo, the lights cut out, and when they went back up standing behind Sting ready to attack….was Sting!

Actually, it was Ken Anderson, dressed in an old-school yellow and blue surfer Sting costume, complete with an appropriate haircut and facepaint.

Anderson really did look the part, and the angle helped kicked off their feud for their match at Slammiversary 2011.

It was also one of Anderson’s fondest wrestling memories. Not only was the gear he was wearing from the former World Champion’s actual classic wardrobe, the man himself helped paint Anderson’s face in one of his original designs.

Being dressed up as The Stinger BY The Stinger must truly be a wrestling fan’s dream come true.

Jeff Jarrett And His Sting Army 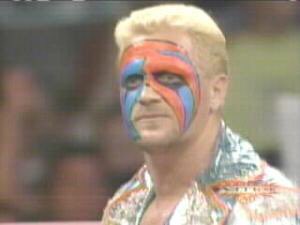 Before Ken Anderson did his best impression of The Icon, Jeff Jarrett also had a go.

In the lead-up to their match at Halloween Havoc 2000, Jarrett came out dressed as Surfer Sting on an episode of Nitro, informing the crowd he was headed to the ring to sign autographs.

Of course, that didn’t sit well with the real face-painted star and as such, an ass woopin’ commenced.

Eventually, the numbers game became to much for the original, and Jarrett got the sneaky victory with a guitar blast.

Sting And HIS Sting Army 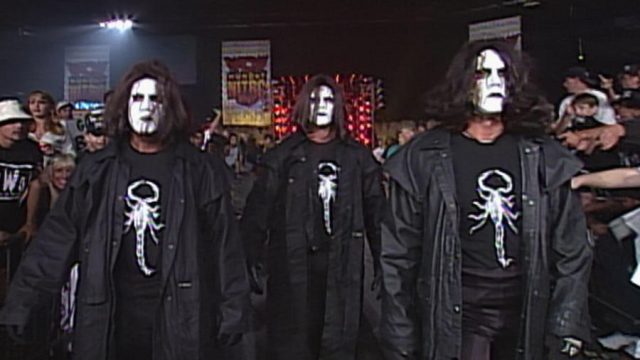 …and sometimes you can be your own best ally.

In 1997, on the October 13th edition of Nitro, The nWo were at their peak and headed to the ring to beat down DDP and Roddy Piper.

All hope seemed lost, when suddenly, making his way through the crowd, was Sting!

The nWo fought off the invaders until Buff Bagwell took a swing at one of the imposters, who no-sold the attack. Taking off his mask and wig, it was none other than The icon.

This is proof you can never have enough Sting, and after five decades in the ring and still as popular as ever, may the Stinger keep stinging.