ROH Death Before Dishonor takes place on Saturday, July 23rd and looks to be an exciting event with five championship bouts and several other intriguing matchups confirmed.

The show is the second pay-per-view for the promotion under the control of AEW President Tony Khan, who purchased Ring of Honor in May 2022.

The matches announced are:

Here are our predictions for ROH Death Before Dishonor.

Prediction: Anthony Henry gets the win over wrestling’s comedic veteran.

The Trustbusters vs. Shinobi Shadow Squad

Cheeseburger and Eli Isom team up as the Shinobi Shadow Squad against the Trustbusters, Ariya Daivari and Slim J.

Prediction: In a battle of cool team names the Shinobi Shadow Squad pick up the win.

Prediction: Gates of Agony are already a formidable team but with Brian Cage added they will be unbeatable and destroy their opponents. 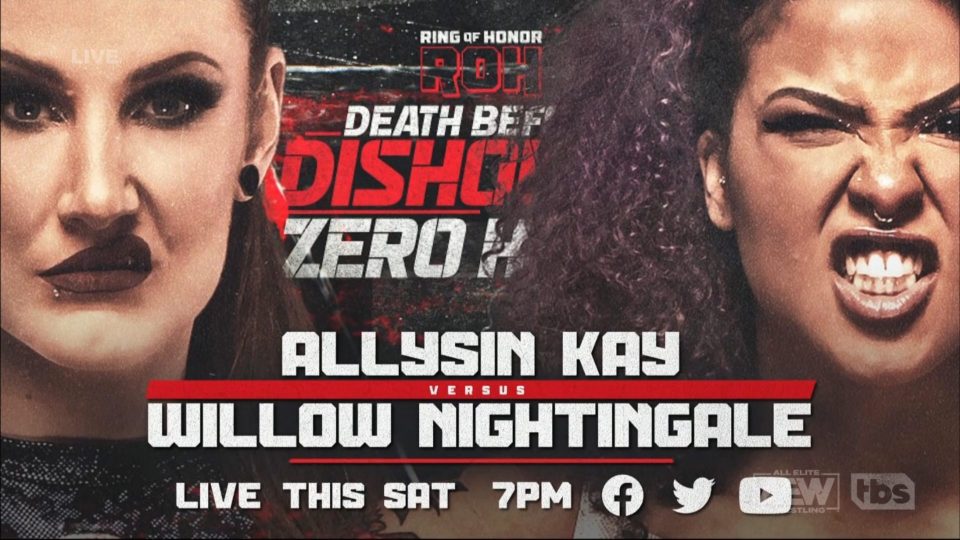 Kay and Nightingale have met previously in Ring of Honor. They clashed during ROH Women’s World Championship Quest for Gold tournament last year with Kay coming out as the winner.

Prediction: Willow Nightingale has been featured regularly on AEW and will get her hand raised over her opponent. 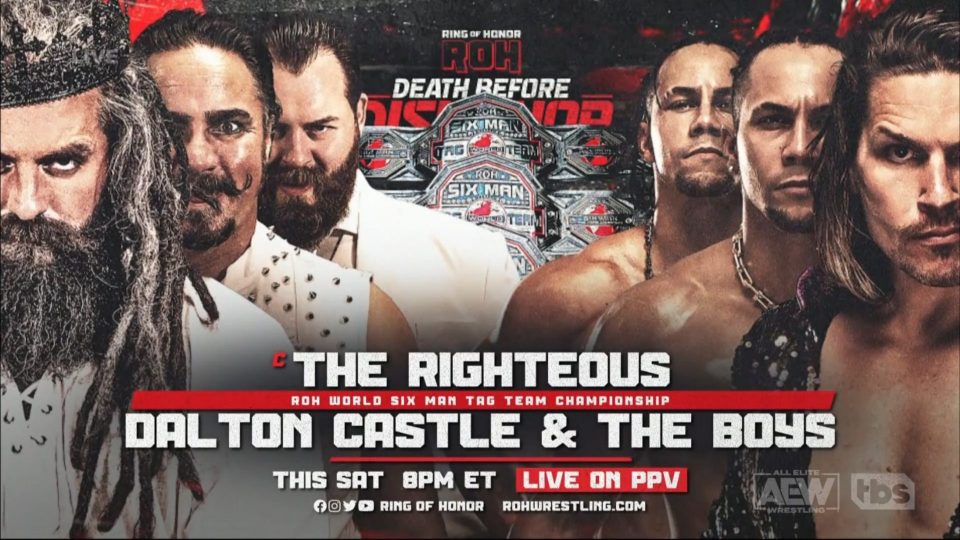 Prediction: The Righteous are a great trio with an interesting gimmick and with The Horror King Vincent plying his trade in IMPACT! Wrestling it would be good to see the titles in effect across three promotions. 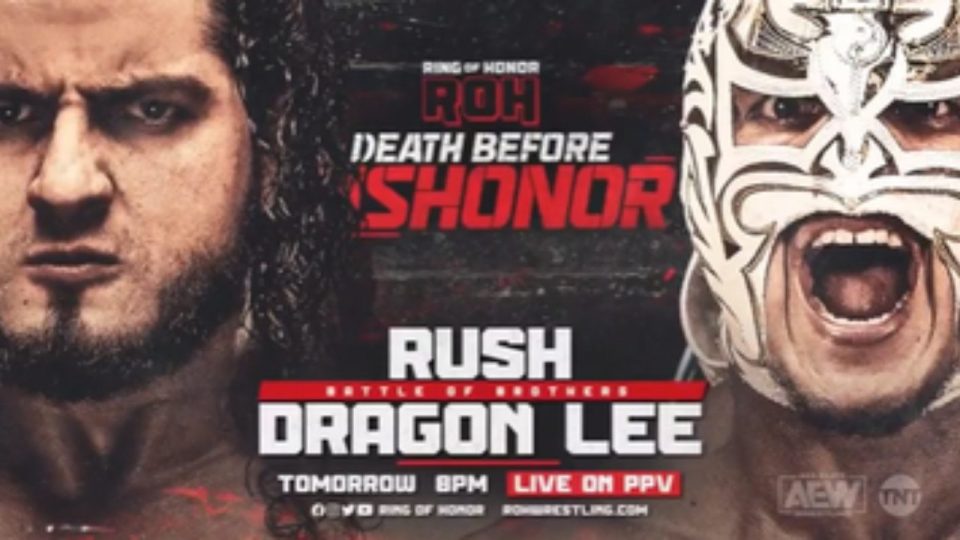 The two La Faccion Ingobernable members will face off in a Battle of the Brothers match that will add some Lucha Libre flair to the already stacked card.

Prediction: Rush wins in what will undoubtedly be an awesome match. 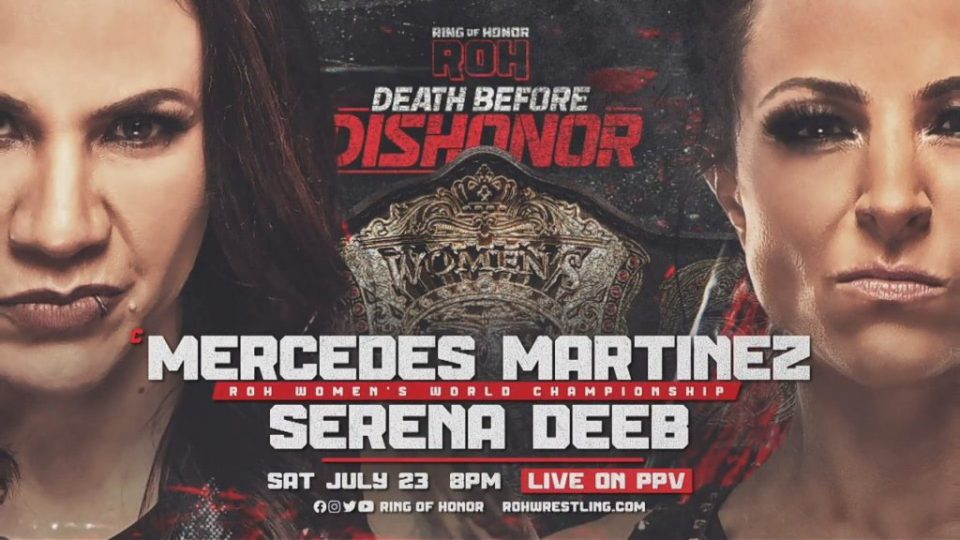 This match was made after the ROH Women’s World Champion Mercedes Martinez and Serana Deeb clashed in recent weeks. The two veterans formed an effective tag team winning five matches, but they were unable to perform as a cohesive unit as Deeb’s heelish ways didn’t sit well with her partner.

All came to a head on the July 6th edition of Rampage when Deeb refused to release the Serenity Lock on her opponent causing Martinez to break it up. Deeb then retaliated by attacking her and placing the champion into the submission hold. The bad blood continued on July 13th Dynamite when Martinez came to the aid of Anna Jay when Deeb kept the Dark Order member trapped after she had tapped out.

Prediction: Martinez and Deeb are two highly-proficient wrestlers who will put on a great match. Heading into the bout Deeb is the one who has been featured more prominently on AEW television and will hopefully raise the profile of the title after winning it at the PPV. 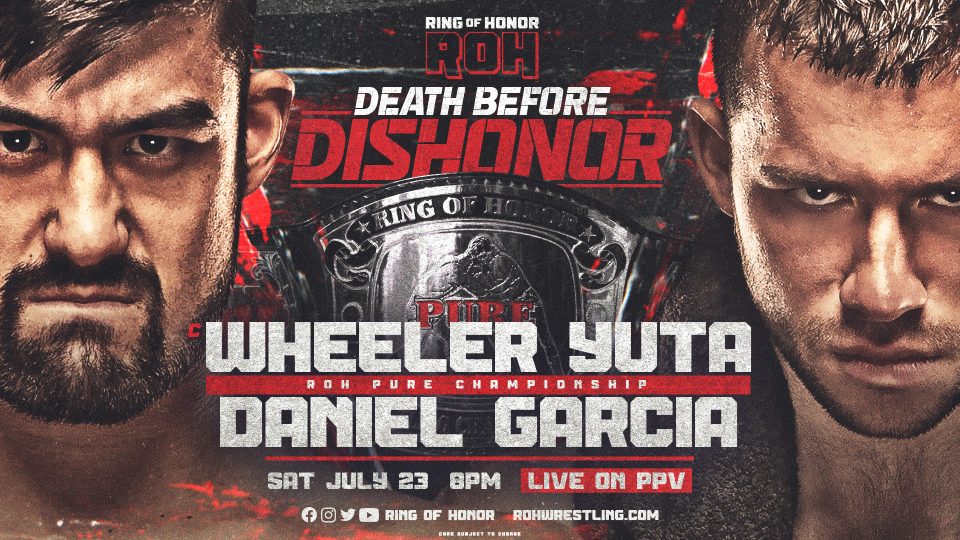 Wheeler Yuta and Daniel Garcia have been at each other’s throats for months on the opposing side of two warring factions. Garcia and fellow members of the Jericho Appreciation Society, Matt Manard, and Angelo Parker attacked Yuta after his successful defence of the title against Tony Nese on the June 28th edition of AEW Dark before proclaiming he will strip the champion of both his honor and the title.

The match was made official on the July 6th episode of Dynamite pitting the hard-hitting, technical grapplers going head-to-head for the title that celebrates those attributes. Matches for the ROH Pure Championship are conducted under “Pure Wrestling Rules”. The Pure Wrestling Rules are:

Prediction: AEW has invested a lot into these two young grapplers and is clearly setting them up as future stars. Expect to see a highly technical and lengthy bout between the two with Wheeler Yuta emerging as the victor. 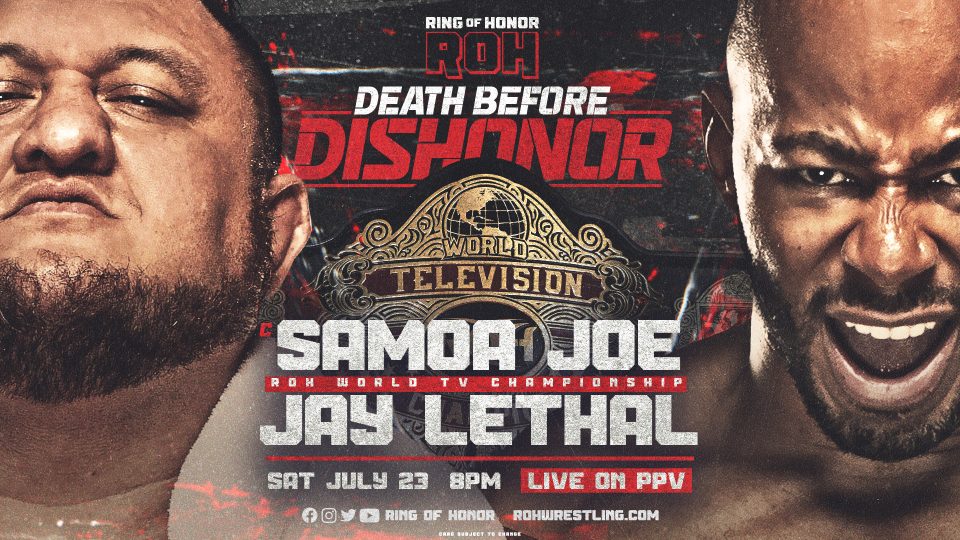 Samoa Joe vs Jay Lethal is a match months in the making. At Supercard of Honor XV Joe returned to ROH for the first time since 2015 to put a stop to Lethal beating down Jonathan Gresham and Bandido after their ROH World championship match.

Joe then defeated NJPW’s Minoru Suzuki to capture the ROH Television Championship for the first time in his career. Following the win Lethal and his partner, Sonjay Dutt came to the ring to celebrate Joe’s victory before attacking him with the giant Satnam Singh. The trio continued to target the ROH Television Champion and took him out in a backstage attack at Double or Nothing setting up the title challenge at the PPV.

Prediction: Samoa Joe will have his work cut out for him as Dutt and Singh will undoubtedly make their presence felt during the match. However, Joe is a much more recognisable name than Jay Lethal and keeping the title on him makes much more sense.

FTR (c) vs. The Briscoes – Best 2 Out Of 3 Falls for the Ring of Honor World Tag Team Championship 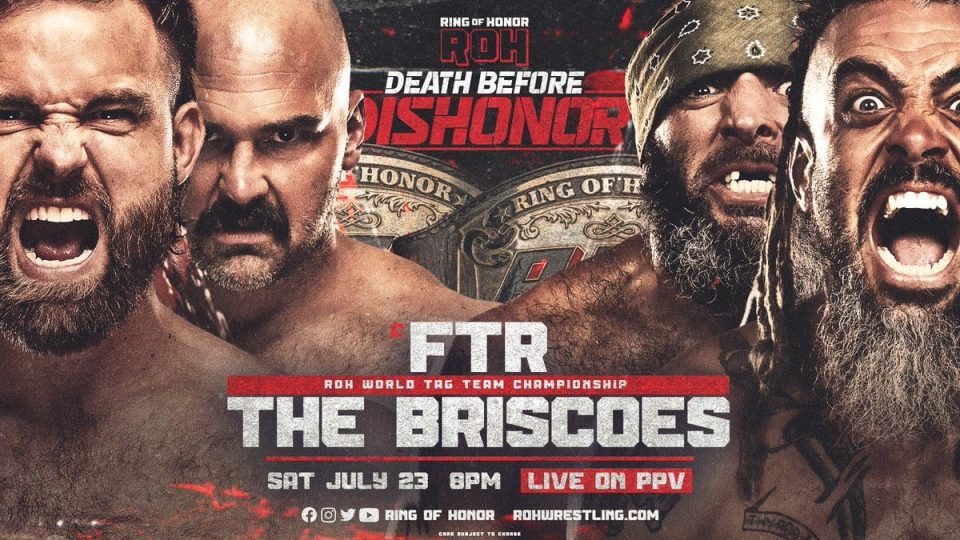 If this is anything like their previous meeting at Supercard of Honor then we are in for one hell of a match. The first clash was a 27-minute classic that saw FTR capture the ROH World Tag Team Championships.

It was the culmination of a heated feud between the two teams over who was the best tag team in wrestling today. However, the result of the match failed to settle their differences and FTR threw down the challenge to the Briscoes, who gladly accepted to finally prove who is the best tag team on the planet.

Prediction: FTR are on the run of their careers holding tag team titles from three separate promotions while the Briscoes are an incredible team. Expect to see another stellar show-stealing affair and one that sees FTR retain the ROH World Tag Team Championships. 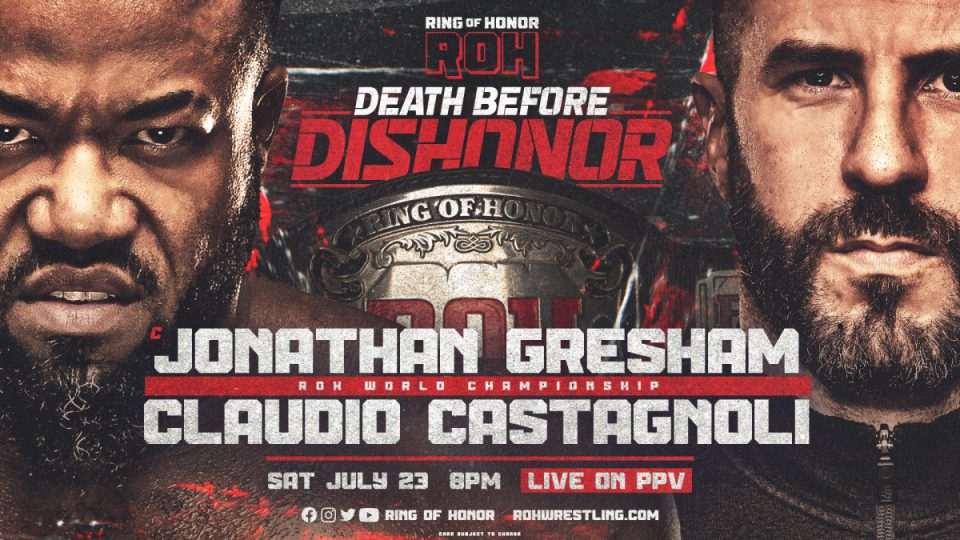 AEW newcomer and ROH alumni Claudio Castagnoli set his sights on becoming the ROH World Champion for the first time in his career at the PPV. The match was made official after current champion, Jonathan Gresham and Castagnoli shared an intense stare-down following the former’s successful title defence over Lee Moriarty on AEW Rampage.

Post-match, Gresham gloated about his win and recent heel turn before claiming to be the “best hold-for-hold wrestler in the world”. This statement brought out the Blackpool Combat Club member to set up the bout and his second challenge for the ROH World Champion.

The last time Castagnoli fought the championship was in 2007, interestingly at Death To Dishonor V against Takeshi Morishima. Unfortunately, the Swiss Cyborg was unable to unseat the formidable champion at that time.

Now he gets his chance to capture the title against Gresham 15 years later.

Prediction: Despite the obvious size difference between the two technical masterminds this is going to be an incredible match. A scientific wrestling feast for the eyes will take place that will result in Castagnoli winning the title and kickstarting the promotion’s new era.

For more information on how to watch the PPV, click here.