NXT and the soon-to-be-defunct NXTUK will clash for the very last time on Sunday, September 4th at Worlds Collide.

The invasion didn’t stop there as several former NXT Superstars such as Ricochet, Nikki A.S.H. and Doudrop confronted and challenged champions. Finn Balor, Shayna Baszler, Rhea Ripley, and Butch also appeared to spur on the holders of the titles they once possessed.

Here are our predictions for everything that is going down on the show.

The duo successfully defended against Ivy Nile & Tatum Paxley, when Doudrop & Nikki A.S.H. interrupted their celebrations and issued a challenge for the title match, which was duly accepted.

Nikki A.S.H. and Doudrop are a relatively new tag team whereas Carter and Chance have been partners for some time and could possess the advantage over the main roster team.

Prediction: Doudrop and Nikki A.S.H. have been treading water on the main roster for some time now and could give themselves and the NXT Women’s Tag Team Championships a boost if they win. However, Chance and Carter need the titles to mean anything in the company, which is greatly needed and will therefore retain. 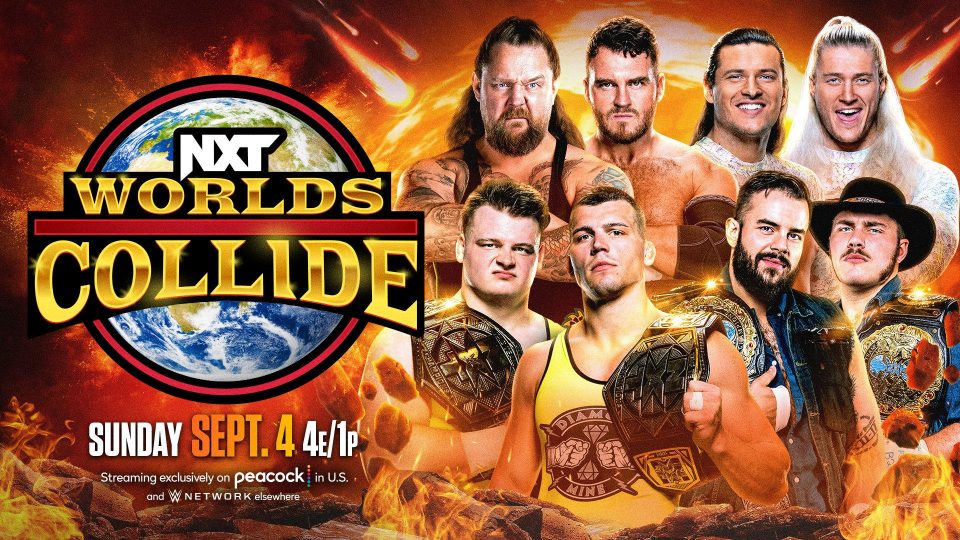 All four teams have held tag team gold and bring their own unique style to the match. Former NXT UK Tag Team Champions Gallus introduced their aggressive and brutish approach to NXT, while Pretty Deadly bring the heelish flamboyance. The Creed Brothers’ athletic and wrestling acumen speaks for itself and Briggs and Jensen deliver the no-nonsense offence.

Prediction: The Creed Brothers are the clear favourites to win this match, but Pretty Deadly could easily pull out a sneaky victory. But Gallus are not afraid to cheat to win and with the help of Joe Coffey could emerge from the battle as new and unified Tag Team Champions. 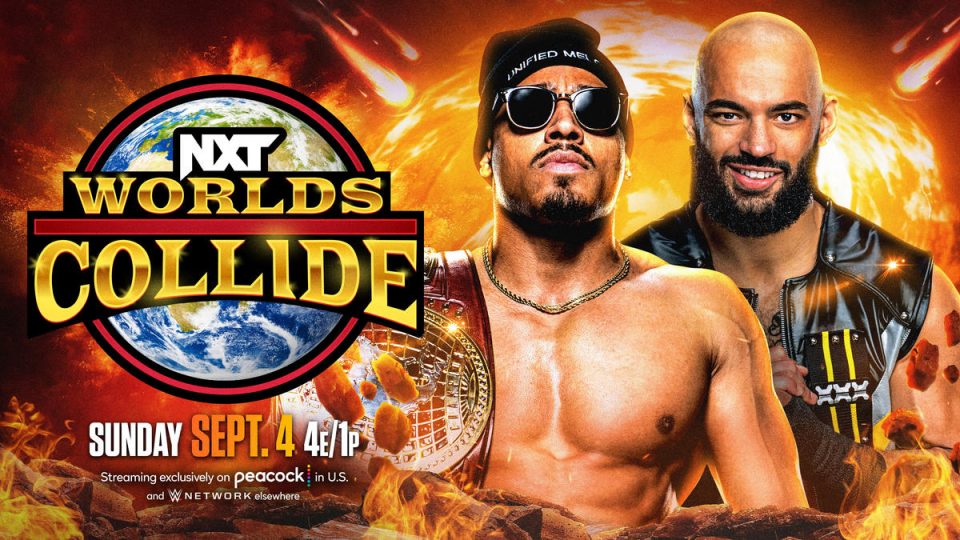 During the confrontation, Ricochet made it clear that he wants to give the NXT fans a North American title match that they’ll never forget, and with these two stars in the ring that is more than likely. Ricochet has stunned crowds with his astounding skills wherever he performs and Hayes is one of WWE’s hottest prospects.

Prediction: This is your match of the weekend ladies and gentlemen. Expect an enthralling and thrilling contest that fans will be talking about for some time. As for the winner of the match, Hayes retains.

Mandy Rose has owned the women’s roster in NXT ever since she returned to the brand in 2020. After reinventing herself and starting her own stable, Toxic Attraction, she captured the NXT Women’s Championship.

Against all odds, Rose has defeated challenger after challenger and remained champion for a whopping 300+ days, but now she faces the biggest battle of her title reign. NXT UK Women’s Champion Meiko Satomura and Number One Contender Blair Davenport will fight it out to become the one and only champion.

Satomura and Davenport are no strangers to one another. The two clashed several times over the NXT UK Women’s Title with the Japanese legend getting the win every time. Their storied past will undoubtedly play a factor in the outcome of the match.

Prediction: Mandy Rose’s run as Women’s Champion finally comes to an end at the hands (and feet) of the legendary Final Boss, Meiko Satomura. 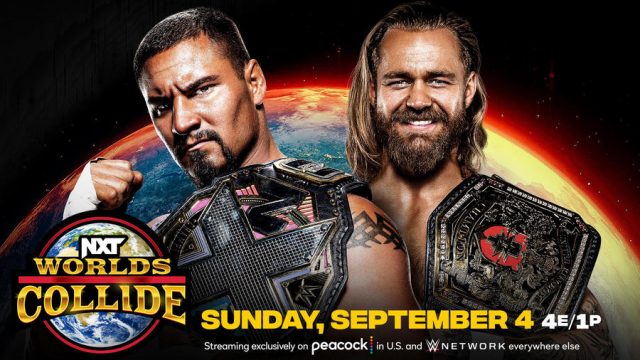 At NXT Heatwave two-time NXT UK Champion Tyler Bate made a surprising appearance on NXT to confront Bron Breakker in the middle of the ring.

Breakker had just successfully retained the NXT Championship against JD McDonagh in the show’s main event. After the match, Tyler Bate caused a stir by showing up to face off with Breakker, setting up a champion vs. champion title-for-title unification match at World’s Collide.

The match is interesting as both wrestlers are both the young faces and champions of their respective brands, but have very different styles and wrestling journeys thus far.

Bate comes into the brand with a litany of stellar matches behind him, while Breakker is a second-generation powerhouse star who is still in the infancy of his career.

Therefore, Breakker has the power but Bate has experience making the outcome of the bout difficult to determine.

Prediction: Bate is a favourite of Triple H and Shawn Michaels and has a bright future on the brand. But WWE clearly has big plans for Breakker, and he possesses the obvious size advantage over his UK counterpart. These attributes will see Breakker victorious, and unify the title in the process.