The show features the NXT Championship and the NXT Tag Team Championships on the line while introducing two new matches.

NXT Executive Shawn Michaels announced that two Iron Survivor Challenge matches were to take place at the event, one for the men and one for the women. The new matches would be fought under a certain (and slightly confusing) set of rules, which are as follows:

As well as the title matches and Iron Challenges one other match is taking place. The full card is as follows.

Let’s have a look at what we think will go down at NXT Deadline. 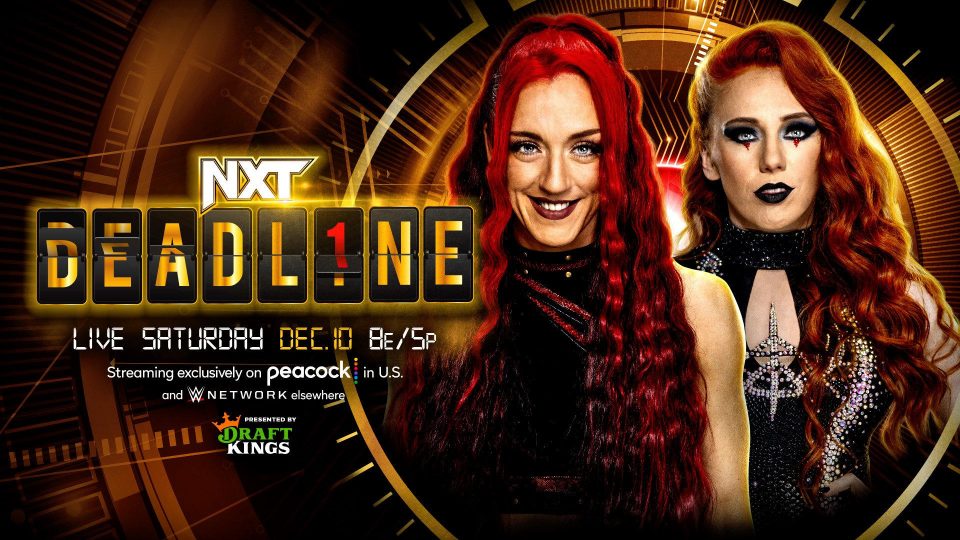 The White Witch, Isla Dawn made her presence felt in NXT when she cost Alba Fyre her title challenge. Fyre had the championship in her sights before Dawn blinded her with mist sending her title hopes crashing. Fyre now gets her chance to get revenge against her fellow Scot at NXT Deadline.

Prediction: Isla Dawn is the newcomer wanting to make a name for herself in NXT but she may have pissed off the wrong person. Alba Fyre is one fierce fighter and will dish out some uncomfortable payback en route to victory.

Mandy Rose will find out who the next challenger for her NXT Women’s Championship is after Zoey Stark, Cora Jade, Roxanne Perez, Kiana James and Indi Hartwell battle it out in the first-ever Women’s Iron Survivor Match.

When Shawn Michaels announced the new format he also declared Roxanne Perez, Kiana James, Zoey Stark and Cora Jade as the first four combatants leaving Indi Hartwell having to triumph over Wendy Choo and Fallon Henley in a Triple Threat Wild Card Match. With all five participants confirmed it will be interesting to see how it all plays out.

Prediction: Ever since the Gargano’s and Dexter Lumis departed NXT Indi Hartwell has struggled to find her groove and this is her perfect opportunity to get back on track. Stark, Jade and Perez have tried (and failed) to defeat Mandy Rose for the NXT women’s title while James seems too inexperienced putting Hartwell as our choice for claiming victory. 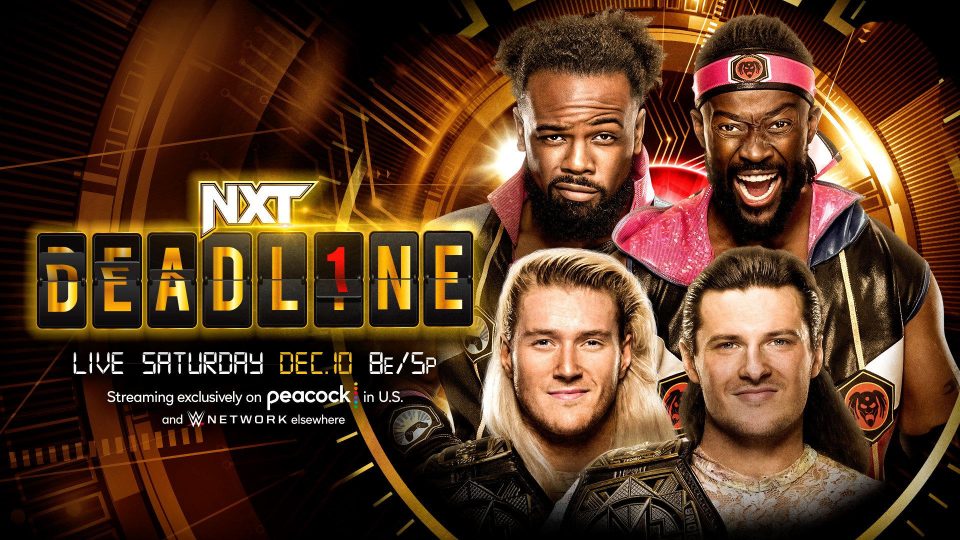 At NXT Deadline Pretty Deadly put their NXT Championships on the line against some unexpected challengers, the New Day. Having successfully defended the titles against teams such as the Brawling Brutes and the Creed Brothers the cocky Brits declared there was no one left to face them. This brought out the highly decorated duo of Xavier Woods and Kofi Kingston to throw down a challenge for a first-time-ever matchup.

Prediction: Ever since their arrival in NXT Pretty Deadly has been placed in a prominent position. From unifying the tag titles and becoming one of the best acts on the show, they are seemingly headed for big things and having them defeat one of the most decorated tag teams in WWE history (most likely by nefarious means) is a huge boost for them. 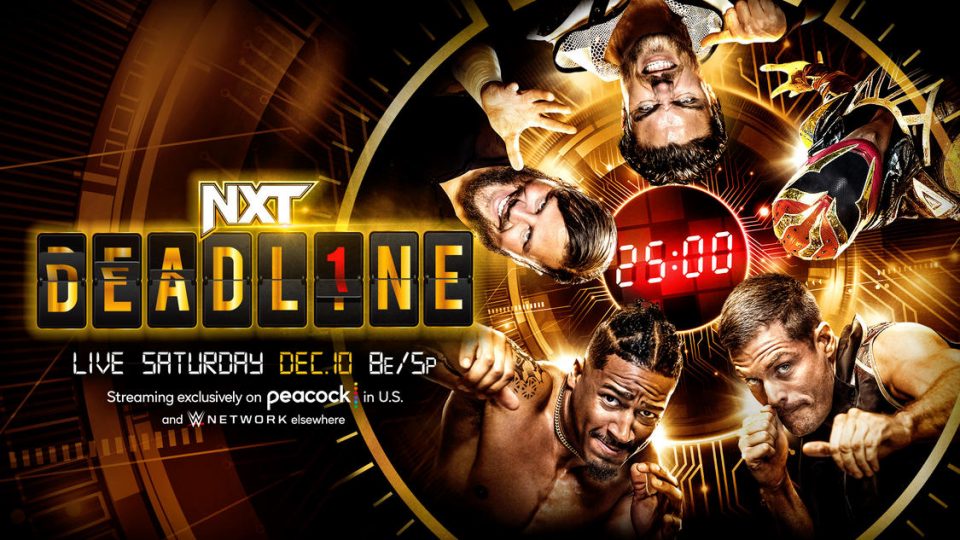 The men’s edition of the Iron Survivor Challenge saw HBK and his Hall of Famers (X-PAC, Road Dogg and Alundra Blayze) pick Carmelo Hayes, JD McDonagh, Grayson Waller and Joe Gacy as the first four participants with Axiom having to claim his spot with a win in the Wild Card Triple Threat match.

Prediction: This match shows just how talented this current roster is. All five competitors have a serious chance of winning and going to face the NXT Champion. But with McDonagh and Gacy both having recent chances at the championship, it feels more likely that the winner will be someone who hasn’t had a title shot.

Waller and Hayes are both tremendous performers with huge upsides giving them the edge over Axiom. Picking a winner out of these two bon-a-fide future Superstars is tough, but we’ll go with Hayes, who could very possibly be champion very soon. 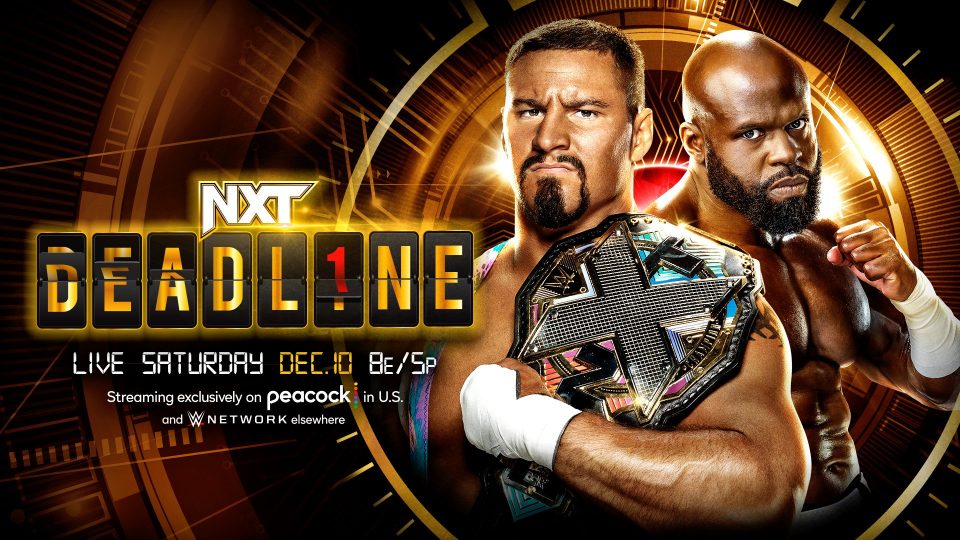 Since winning the title for the second time back in April, Bron Breakker has successfully defended it against an array of different opponents. Cameron Grimes, Joe Gacy, JD McDonagh, Von Wagner and Ilya Dragunov all fell to the second-generation Superstar. This list of defeated challengers shows just how versatile the young champion is. But now, Apollo Crews steps up to the plate with a new edge looking to topple the seemingly unbeatable Breakker.

Prediction: Upon returning to NXT Crews reinvented himself into a more focused and dangerous competitor. But despite his veteran experience and skills, Breakker is the face of NXT and beyond dominant in the ring. He is clearly positioned as a top priority and is undoubtedly main roster bound in 2023, but it just doesn’t feel like Crews is the one to dethrone him, Breakker retains.

NXT Deadline streams live Saturday, Dec. 10 at 8 pm ET/PT exclusively on Peacock in the U.S. and on WWE Network everywhere else.