The Money in the Bank match made it’s debut at WrestleMania 21 on April 3, 2005. The concept is still going strong a decade and a half later, with Big E, the latest beneficiary. The former Intercontinental Champion cashed in the briefcase to win his first WWE World Championship on the September 13, Raw.

Four wrestlers have failed to win the title after they cashed in their contract. Another two lost the contract before they could even cash in. However, most wrestlers have either already held or subsequently held a WWE World Title.

However, there are four WWE Superstars who won Money in the Bank but have never held any version of the WWE World Title. This feature looks at every one. 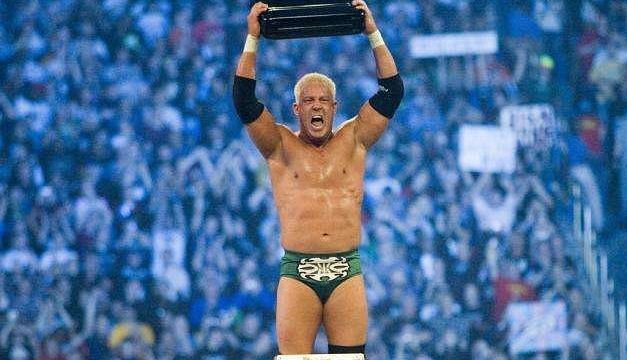 In 2007, Mr Kennedy was one of WWE’s fastest rising stars and appeared destined to become a permanent fixture in the company’s main event scene.

Kennedy appeared to be half way there when he captured the Money in the Bank briefcase at WrestleMania 23. He defeated a stacked field featuring the Hardyz, Booker T, Edge, Randy Orton, Finlay and CM Punk.

However, weeks after his win, Kennedy suffered an injury which was misdiagnosed as a torn triceps. With Kennedy facing the rest of the year on the shelf, WWE elected to take the briefcase off him. The Green Bay native lost the Money in the Bank contract to Edge in a stipulation match on the May 7, Raw. Four days later, Edge cashed in to become World Heavyweight Champion, defeating The Undertaker.

As for Kennedy, it was revealed that he had a haematoma, not a torn triceps. Not requiring surgery, he returned to action a few weeks later. There were still plans for Kennedy to ascend the card, but injuries, wellness policy violations and troubling media interviews, particularly in the wake on the Benoit tragedy, put paid to that.

The final straw for the former United States Champion came in his return bout from another injury lay off on the May 25, 2009 Raw. In a 10-man tag team bout, Kennedy botched a backdrop on Randy Orton. After ‘The Viper’ landed on his head and neck, rather than his back, he chastised Kennedy in the ring and complained to WWE Chairman, Vince McMahon backstage.

Four days later, Kennedy was fired. He resurfaced in TNA in 2010 and captured the TNA World Championship twice in 2011. He would never return to WWE however and his planned WWE World Title reign never materialised.

Damien Sandow was the 2010s version of The Genius, but appeared to have a much greater career trajectory ahead of him. The ‘Intellectual Saviour of the Unwashed Masses’ debuted on the May 4, 2012 SmackDown. Immediately pushed as a contender, Sandow participated in a feud with then-World Heavyweight Champion, Sheamus during the Autumn.

Sandow then formed an entertaining tag team with Cody Rhodes, dubbed ‘The Rhodes Scholars.’ Sandow’s Money in the Bank briefcase win on July 14, 2013 spelled the end for their partnership as the pair feuded over the summer.

On the October 28, Raw, Sandow cashed in the contract on John Cena, whom he believed was vulnerable following the WWE Champion’s gruelling Hell in a Cell victory, the previous night. Sandow was mistaken. He lost his cash-in bout versus Cena and slid down the card.

His career was briefly revived as a comedy character in 2014 in a partnership with The Miz. Rechristened, Damien Mizdow, the former briefcase holder mimicked every move The Miz made in his matches, while stationed at ringside. The pair inevitably split in 2015 and Sandow departed WWE the following year.

Sandow currently competes under the name, Aron Stevens for the NWA. While he may one day capture the NWA World Title, it appears unlikely the 39-year-old will ever rejoin WWE, let alone capture one of the company’s World Championships.

Baron Corbin is an enigma. Despite limited in-ring skills, monotone promos and a lack of audience interest for much of his WWE career, Corbin has remained a pushed entity for nearly the entirety of his five year main roster tenure.

One year after his main roster debut, the six foot eight inch, Corbin captured the Money in the Bank contract at the titular pay-per-view on June 18, 2017. Corbin’s dreams of World Title glory were smashed by John Cena, echoing Sandow’s experience years earlier. Corbin cashed in on WWE Champion, Jinder Mahal during the champion’s title match with Cena. The former ‘Doctor of Thuganomics’ distracted Corbin allowing Mahal to pin him.

Corbin was subsequently demoted to the mid-card. He received another main event push between 2018-20, feuding with the likes of Braun Strowman and Seth Rollins. He headlined three pay-per-views with the latter, but did not capture Rollins’s Universal Title on any occasion.

Despite winning the 2019 King of the Ring and remaining a featured part of WWE programming, the 37-year-old appears to have settled into an upper mid-card role. That seems to be Corbin’s calling and he has provided much entertainment in 2021 with his loss of his King of the Ring crown sparking a storyline in which dodgy investments had left him destitute. His subsequent big money win in Las Vegas, has created a new moniker and gimmick, ‘Happy Corbin.’

Corbin will never win a WWE World Title, but in his case, the loss of the Money in the Bank briefcase has done his WWE career no harm at all.

Otis was a curious choice to win Money in the Bank in 2020. He was part of one of WWE’s hottest angles at WrestleMania, when won the heart of Mandy Rose. Despite that fact, Otis was principally a comedy character.

Nothing about Otis’s act screamed main-eventer. By the end of the year, Otis was floundering on television, if he was even on television. It was no surprise therefore, when Otis dropped the Money in the Bank briefcase. Otis was defeated by The Miz in a stipulation bout at Hell in a Cell on October 25, 2020. Without the briefcase, Otis disappeared from view once again. The Miz cashed in to lift his second WWE Championship from Drew McIntyre, at Elimination Chamber 2021.

Otis has been teaming with another underutilised Superstar, Chad Gable, in a opening card act ever since. It is unlikely he will ever get this close to a WWE World Title again.

You can watch all of these Money in the Bank contract wins and unsuccessful cash ins, exclusively on the WWE Network.