Beginning with its debut event – 2019’s Double or Nothing pay-per-view – All Elite Wrestling has utilised the mystery entrant trope, dubbed “Joker” entrants, to great execution. Fan speculation always runs wild as to who, exactly, will be the surprise entrants in their Casino-themed matches, and more often than not, they always deliver.

The company’s next Joker entrants will come via the ongoing Owen Hart Foundation Tournament, where they’ll face Samoa Joe and Dr Britt Baker, D.M.D. As always, the rumour mill has been running rampant as to who will step up to the plate to contend the duo, with a vast free agent market and a couple of notable AEW stars currently absent from regular television.

So, who’s coming through the tunnel to face Joe and Baker on Wednesday, 18 May? 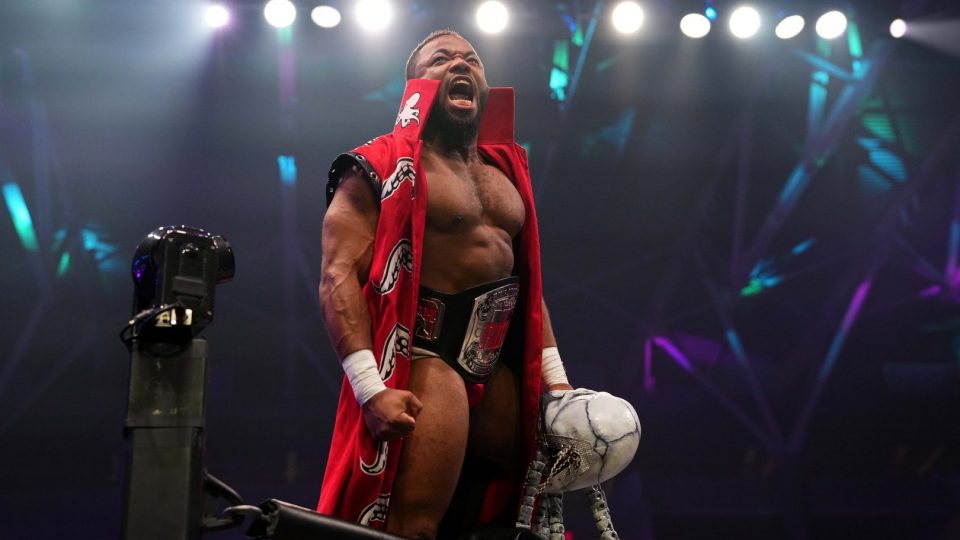 The fact Jonathan Gresham has only made one AEW appearance thus far is strange, but remains a great tactic from Tony Khan. Gresham is the reigning ROH World Champion, having been one of the backbones of the once-struggling promotion. He should be presented as a huge deal in AEW rather than being just another free agent debut who automatically gets lost in the shuffle.

With ‘The Octopus’ having recently been stripped of the PROGRESS Wrestling World Championship this past weekend, he has no official ties to the WWE-affiliated promotion. Perhaps this is why Gresham hasn’t yet made it to regular AEW television; he’d been reported all the way back on 16 April to have officially signed a deal with the promotion.

Having Jonathan Gresham as the Joker on their flagship show against a fellow ROH champion, two pillars of that promotion within their respective eras, is precisely how you introduce Gresham to unfamiliar audiences. 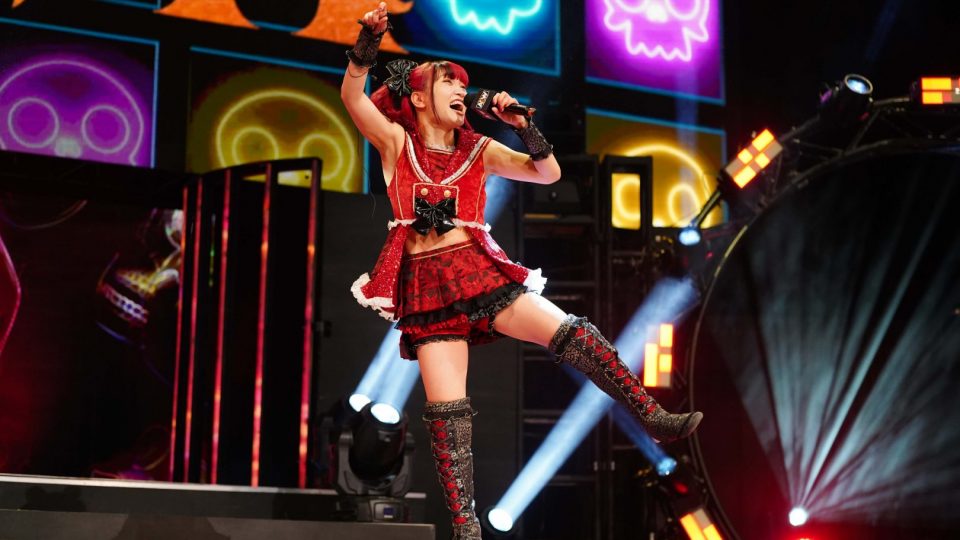 Although the appearance of Maki Itoh as the Joker may come as a swerve if fans are expecting a former WWE Superstar, those who keep up with every ounce of AEW news will be aware that she’s claimed her next match will take place in the United States. While it’s not been officially confirmed by either party, it’s hardly going to be for anyone other than All Elite Wrestling; they’re the only North American-based promotion she’s competed for.

The reigning International Princess Champion in Tokyo Joshi Pro-Wrestling, Maki Itoh is a charisma machine, capable of controlling audiences with her enthralling and boisterous personality as soon as she appears on stage.

That alone is reason enough to justify her being the Joker against Britt Baker; AEW’s women’s division is severely lacking in those departments at the moment, but a surprise Maki Itoh appearance would highlight the serious issues that Tony Khan must address. 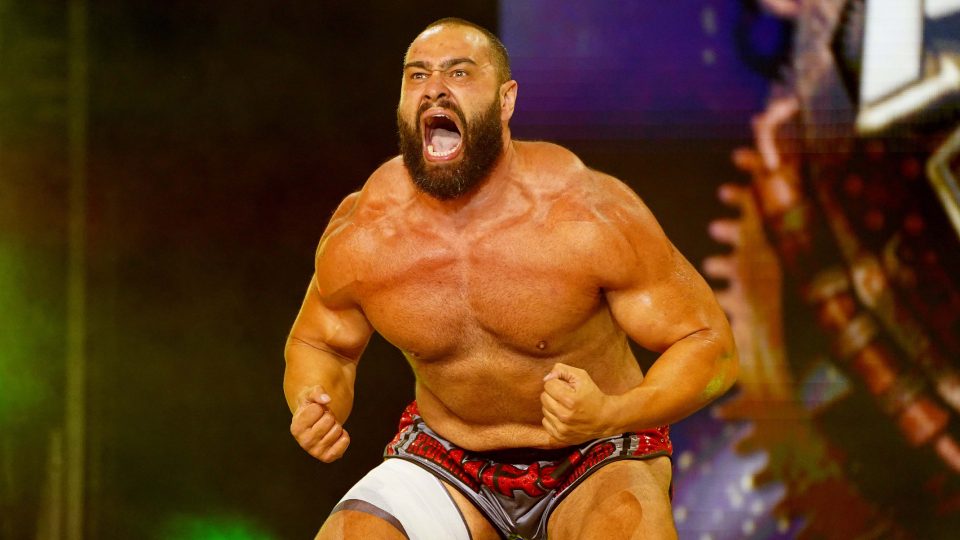 Having last wrestled Bryan Danielson at the 2021 Full Gear pay-per-view, the whereabouts of Miro have left many wondering if he’s even still affiliated with the company. Fightful Select reported earlier this year that he’d signed a new deal that would see him remain with AEW until 2026 at the earliest, while also indicating he was ready to come back.

Why, exactly, he remains absent from television boggles the mind. The Joker position therefore provides a prime opportunity for Miro to return to All Elite Wrestling. He was hot for a large chunk of 2021 while serving as the TNT Champion, as he proved himself as a reckless mercenary in the wake of his split from the more light-hearted Kip Sabian alliance.

Although the former ‘Russian Brute’ tweeted on 30 March that he was in the middle of filming an unnamed pilot in Brooklyn, sufficient time has passed for that project to have wrapped and for Miro to resume his pro wrestling career. Miro vs. Samoa Joe is a can’t-miss opportunity for Tony Khan. 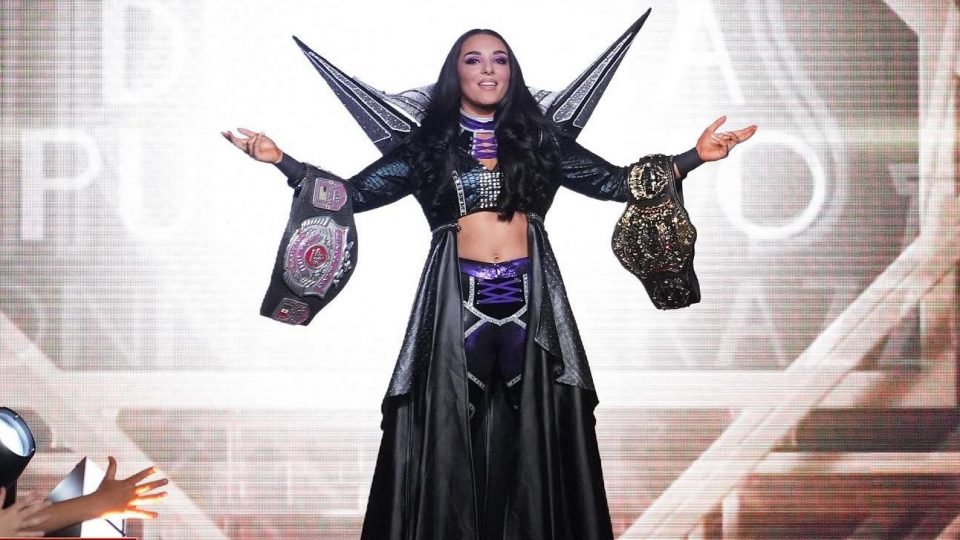 Despite the general consensus being that AEW’s working relationship with IMPACT Wrestling concluded at last October’s Bound For Glory, the Forbidden Door appears to have been kicked back open between the two. Deonna Purrazzo and W. Morrissey have both made recent appearances as IMPACT talent in AEW, while Frankie Kazarian recently did the opposite at this past weekend’s IMPACT tapings.

Though Deonna’s was technically under the ROH banner as she defended the company’s Women’s World Championship, it shouldn’t be the last we see of ‘The Virtusoa’ in an AEW ring. The reality of the situation is that there’s nothing left for her to achieve in IMPACT. She’s a former two-time Knockouts World Champion, while having also held Ring Of Honor and Lucha Libre AAA Worldwide’s women’s titles, too.

Although her deal is due to be through to the end of the year, the transition of Deonna Purrazzo from IMPACT Wrestling into All Elite Wrestling should be a long, drawn-out process between both companies, but starting off against AEW’s top female talent is certainly no bad place to start. 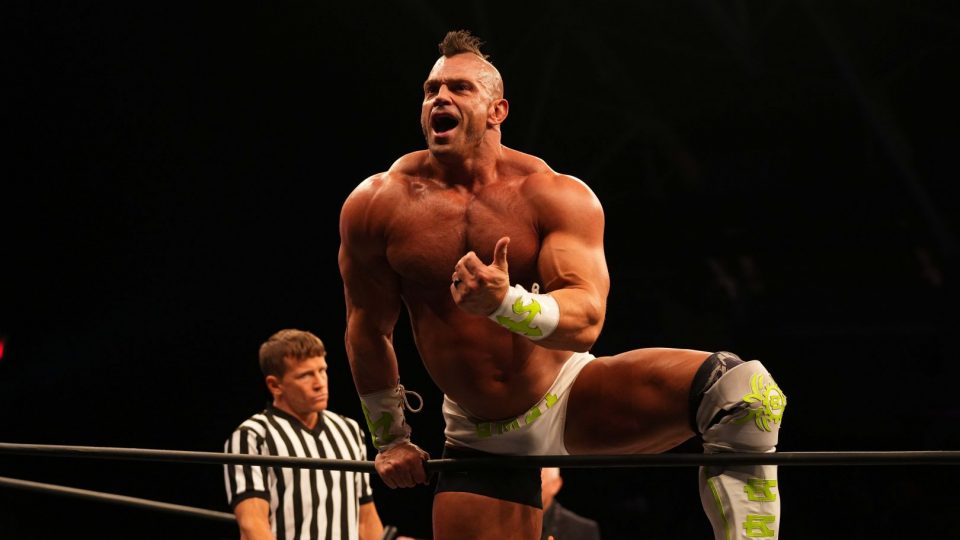 Resurfacing at Ring Of Honor’s Supercard of Honor XV event on 1 April after months away from AEW, Brian Cage decimated Ninja Mack while aligning himself with Tully Blanchard, Jasper Kaun, and Toa Liona. AEW would be foolish to keep him in the background for much longer after he spent months waiting for his chance, particularly if the AEW Trios Championships are to debut.

Pairing Cage with Samoa Joe may not be the greatest option for his comeback, but he needs something to remind people of what he’s able to do. This should be about rebuilding the former FTW Champion and seeing where, exactly, he and the rest of Tully Blanchard Enterprises fit into the current AEW product, particularly as there’s no indication as to when the ROH’s new weekly show is scheduled to launch. 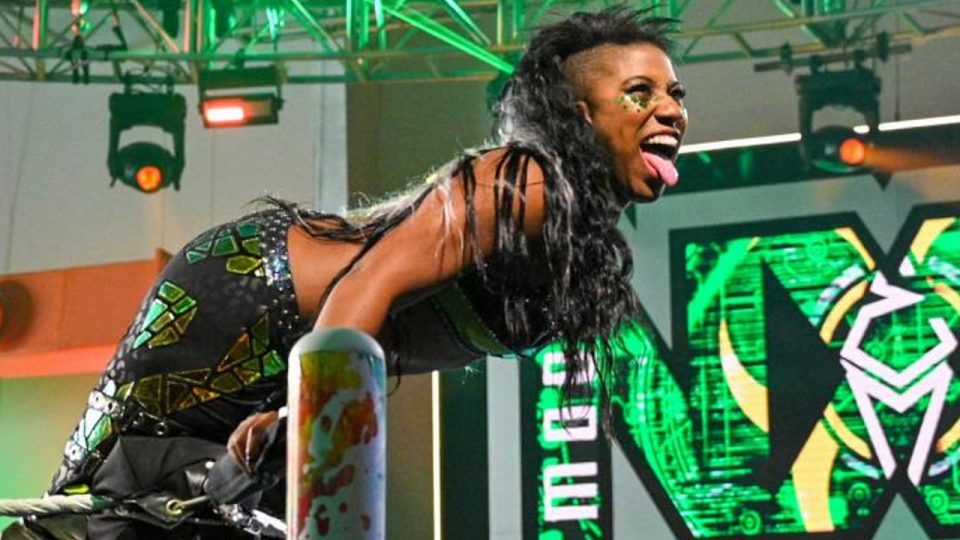 Released by WWE in November 2021, Athena – the former Ember Moon – remains a free agent, despite the apparent interest from All Elite Wrestling, as Fightful Select reported. It’s said that ‘The War Goddess’ is also selective of which independent bookings she accepts, having wrestled just seven times since departing Vince McMahon’s sports entertainment giant after seemingly being burnt out by the WWE process.

AEW will no doubt work tirelessly to bring the former NXT Women’s Champion into the company, and with a Joker spot to fill, her arrival should be imminent. Athena has previously teased making an AEW appearance, hinting that she may challenge the yet-to-be-defeated Jade Cargill for her AEW TBS Championship.

Much like Brian Cage, her situation doesn’t require her to actually defeat Britt Baker in their tournament match, as she and Cargill could feasibly set up a TBS Championship match for Double or Nothing on 29 May. Although the aforementioned Fightful Select post claimed AEW didn’t feel it was urgent to lock her to a contract, it’s entirely possible that Athena is brought in on a short-term deal similar to that of Matt Cardona in 2020 to work only the Britt Baker match. 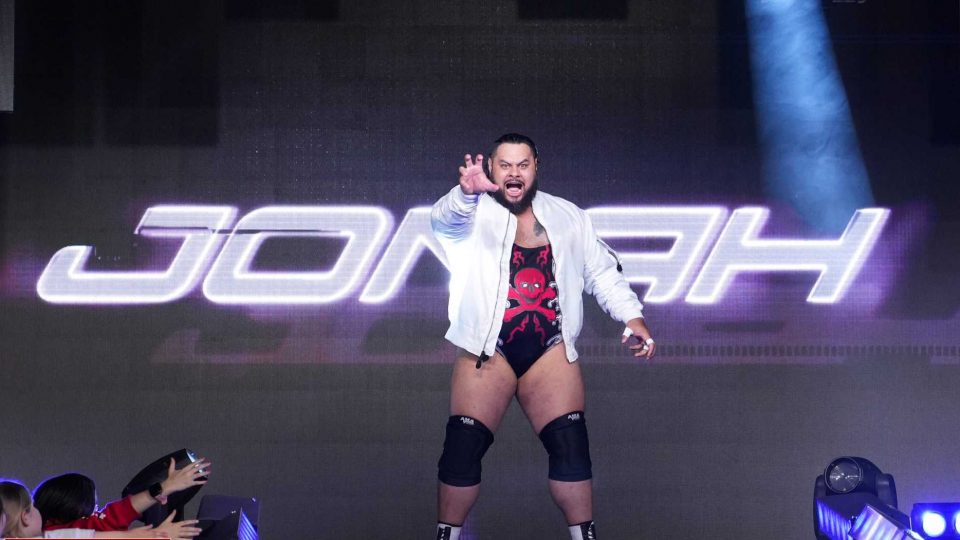 JONAH has found himself in a nice position since being let go from WWE in August. He’s a regular fixture in the American side of New Japan Pro-Wrestling, while having just finished up a brief stint with IMPACT Wrestling.

The former Bronson Reed has been one of the few WWE releases from the past two years who’s maintained relevancy in the non-WWE wrestling scene without ever appearing for All Elite Wrestling, though the one-time NXT North American Champion hasn’t ruled out changing that.

Speaking with Inside The Ropes’ Kenny McIntosh, the former NXT North American Champion revealed that he has been in talks in the past with AEW and while a deal couldn’t be reached at the time, he’s not necessarily given up hope in that regard:

“Yeah, I mean I did speak with AEW briefly, we couldn’t come to any sort of deal or anything like that. New Japan is my priority and then IMPACT Wrestling, because they reached out to me as well and have taken care of me. But I won’t say that it is off of the books. It’s something that is not in my focus right now, but somewhere down the line you could see Jonah in AEW for sure.”

If ever there were a time for JONAH to debut for All Elite Wrestling, it’s as the Joker. Like Miro and Brian Cage, JONAH would serve as a physically intimidating opponent for ‘The Samoan Submission Machine’, providing the sort of match that has been missing from the Owen Hart Foundation Tournament. 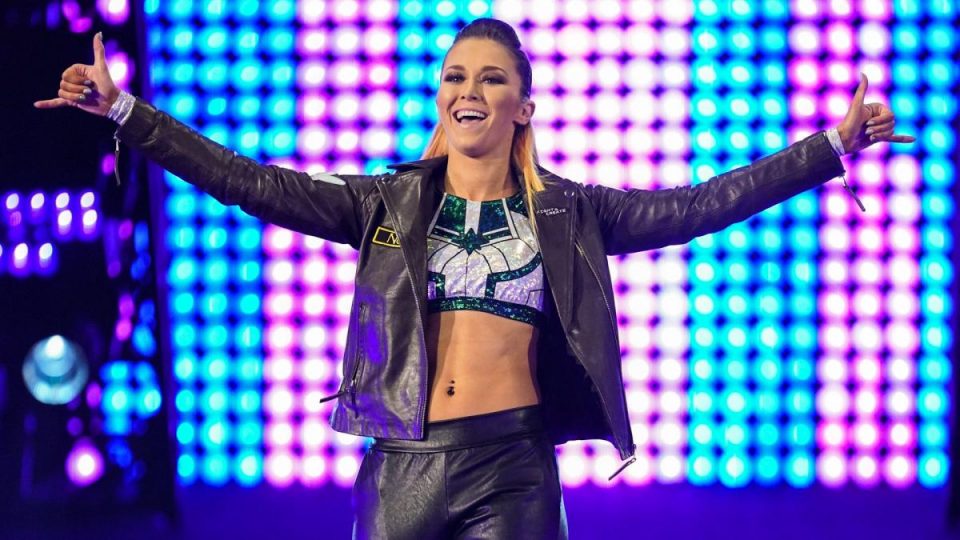 In the same Fightful Select report that mentioned AEW’s interest in Athena was news that Nixon Newell, the former Tegan Nox, had encountered various VISA issues. Newell, originally born out of Bargoed, Wales, is one of many released WWE Superstars that have struggled with the legal paperwork upon being cut; JONAH found himself in the same boat that resulted in him being unable to debut for IMPACT at Bound For Glory.

‘The Girl With The Shiniest Wizard’ will hopefully find herself in a far better scenario now, however, with an interview alongside Into The Danger Zone’s Chris Denker seeing Newell claim that she’s needed this time off to recuperate.

She noted Ruby Soho – formerly Ruby Riott of WWE – as an opponent she’d like to face when she’s back in the ring, so with Soho currently in the semi-finals of the Owen Hart Foundation Tournament, a debut and victory over Britt Baker would put Nixon on track to achieve that. It would be a peculiar booking decision, granted, but AEW has done weirder with their women’s division. 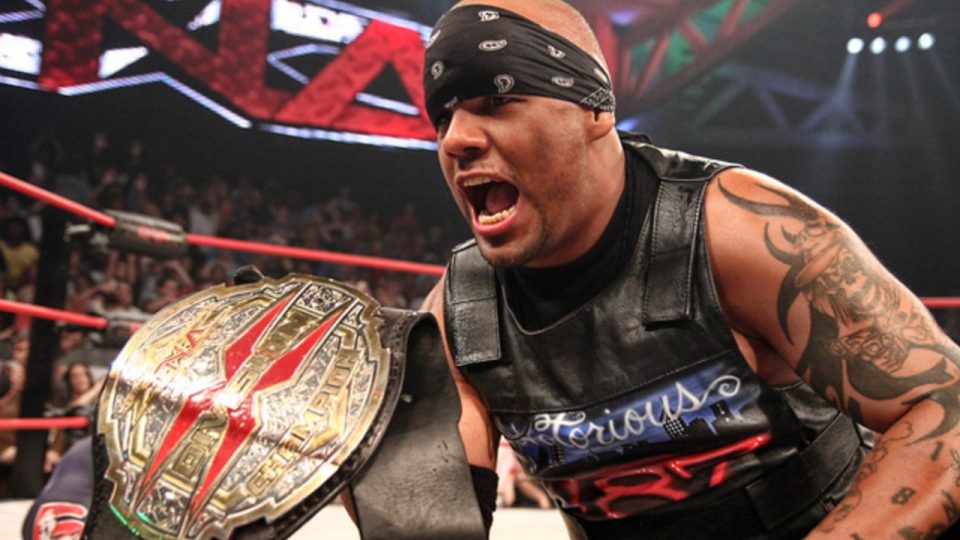 There are a lot of ex-IMPACT Wrestling stars who, while crucial to the success of the former Total Nonstop Action, never received the recognition they deserved; Homicide is one of them. ‘The Notorious 187’ held both the X Division and World Tag Team Championships during his TNA career, but his name is rarely included in the discussion of the Anthem-helmed promotion’s greatest talents.

The same cannot be said for Homicide’s stint in Ring Of Honor, where he’s a former ROH World Champion. It was in ROH, too, that Homicide and Samoa Joe had an acclaimed rivalry together that featured a handful of World Championship matches together that remain generational to mid-2000s independent wrestling fans.

Running this back in AEW may only work to a certain degree, depending on who remembers their ROH feud, but it’s one of those matches worth repeating all these years later, particularly if your booker is a long-time independent wrestling fan as Tony Khan. They have unreal chemistry together that you just don’t see much of anymore. 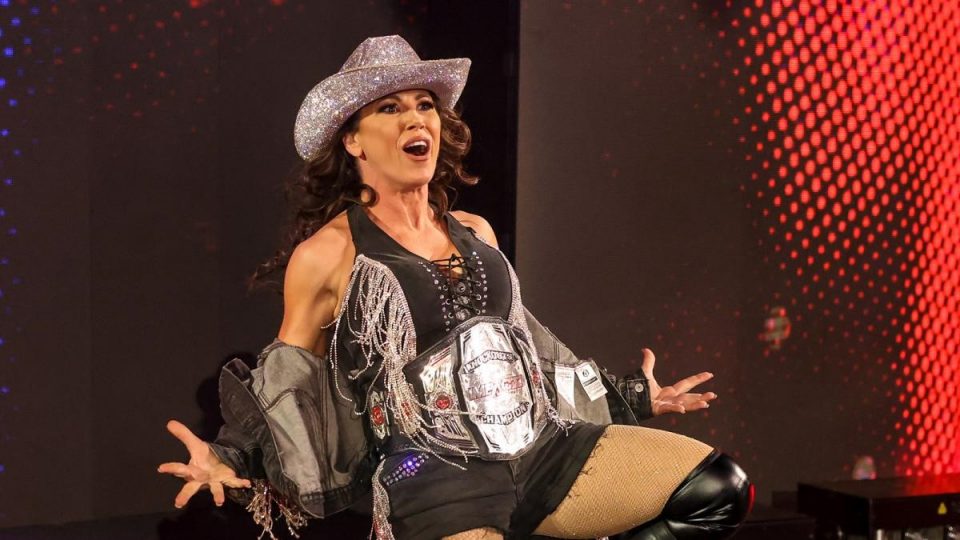 It looks possible that Mickie James may be finished with IMPACT Wrestling for the time being, though nothing is official as of yet. The veteran performer was never signed to IMPACT on an exclusive deal, as Fightful’s Sean Ross Sapp reported on the night of January’s Hard To Kill pay-per-view, but she had remained a knockouts division regular since returning at Slammiversary last summer.

Having such an important figure in the history of women’s wrestling debuting against an equally-as-important figure perhaps isn’t the best move for AEW to make, but why wouldn’t Tony Khan want to have Mickie James in his company’s history books?

James has stated in the past that she likely wouldn’t want to commit to a long-term AEW deal, due to her other commitments both in and out of the wrestling business, but she has entertained the idea of a Britt Baker match, having been impressed with Baker’s intuition to carve her own path in the industry. A one-and-done situation to allow Mickie that dream match could be on the cards for Dynamite.