Johnny Gargano is NXT. He has done it all, won every championship, wrestled every top Superstar and been a part of the brand’s most integral storylines.

Speculation surrounding his departure from NXT has been rife for months and were recently fuelled further it was reported he signed a short extension so to compete at NXT 2.0 WarGames.

During his tenure in WWE, Gargano has proven himself to be one of the most gifted and entertaining performers in action today. His long-term rivalry with Tommaso Ciampa is legendary, his feud with Adam Cole was excellent and the creation of The Way showed another side of skills.

If Johnny Wrestling were to leave NXT he would instantly become professional wrestling’s hottest free agent with every promoter clamouring for his services.

During an interview this year, Gargano listed his dream opponents from any era naming Shawn Michaels, AJ Styles and Seth Rollins. Here we have listed our top five dream opponents for Johnny Gargano outside of WWE.

Johnny Gargano is yet to wrestle for NJPW and his first opponent should be the former IWGP Double Champion, Kota Ibushi. Ibushi is one of NJPW’s most exciting performers and he and Gargano would absolutely tear it up if they ever get the chance.

Japan would be the perfect post-WWE wrestling destination for any wrestler, but particularly Gargano who is a plugin and play main event star.

In 2016 Gargano and Ibushi teamed together with TJP to defeat Marty Scurll, Tommy End (Malakai Black) and Will Ospreay. This match took place in Texas for the WWNLive SuperShow – Mercury Rising and was a beautiful showcase of talent that provides a glimpse of what they can do when in the same ring together.

Ibushi and Gargano have similar fighting styles and careers. Both are well-travelled and battle-hardened wrestlers, who have tasted success everywhere they have fought. The two steal the show whenever they step inside a ring and there is no doubt they would do it in an epic one-on-one encounter. 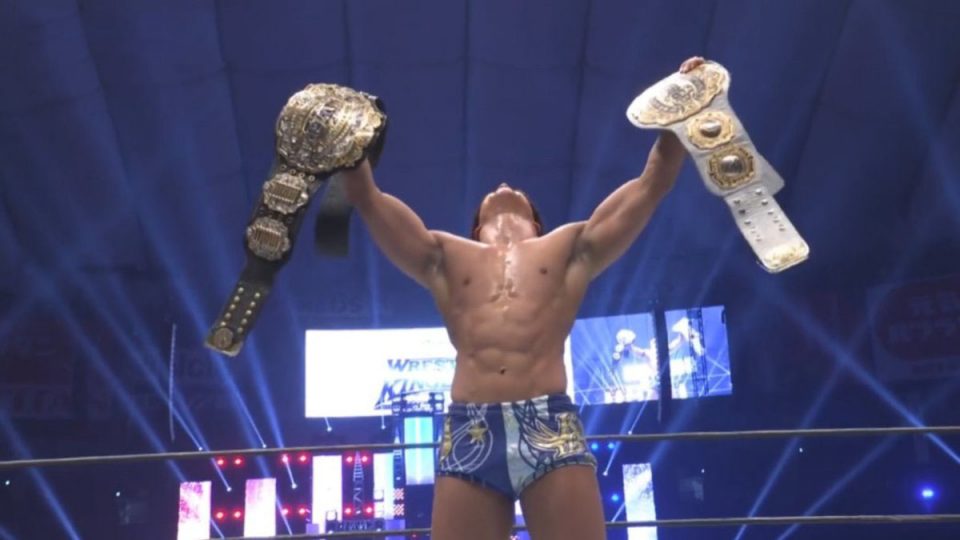 Will Ospreay is one of the most talented wrestlers on the planet and so is Johnny Gargano, therefore what they could achieve inside the ropes would be mind-blowing.

Ospreay transformed his body and his attitude in an attempt storm NJPW’s main event. His grind in the gym and more ruthless persona paid dividends as he reached the top of the NJPW mountain earlier this year when he captured the newly formed IWPG World Heavyweight Championship at Sakura Genesis.

Since returning to action after suffering a neck injury, Ospreay has burst back onto the scene stateside allowing at match with Gargano much more accessible. As mentioned above the only time they shared a ring was the six man tag team match in 2016.

Gargano is an expert all-rounder while Ospreay’s video game-esque, superhuman high-flying offence would be a feast for eyes that would leave viewers with jaws on the floor.

Simply put, Johnny Wrestling vs the Best Bout Machine would be incredible and, if Gargano did ever head over to AEW, it is a match that would have wrestling fans salivating at the prospect.

Ever since AEW came into fruition Omega has proven himself to be the promotion’s most consistent performer with match after match of the highest level. His heel turn saw him win the AEW Championship and take his rightful place at the top of the mountain and stayed there for 346 days.

During his title reign Omega excelled both in and out of the ring. Always phenomenal in action the former AEW Champion rediscovered his Cleaner persona while playing a vital part in one of wrestling’s great storylines with Hangman Adam Page.

No stranger to telling masterful stories and using his expert wrestling skills, Gargano was integral in NXT’s epic with his former friend Tommaso Ciampa. Since vanquishing his nemesis, like Omega, Gargano was allowed to experiment with his character and the programme with The Way saw him add another string to his bow.

Omega and Gargarno both possess a rich list of stellar performances and storylines and getting these two in the ring and on the mic together would tell a tale on Homeric levels of wrestling legend.

CM Punk made his emphatic return to wrestling after seven years away. His legacy already had him on the list of dream opponents for many and wrestler and wrestling fan. But now he his back that dream could very well become a reality.

Since his comeback Punk’s journey has been to establish himself as the best in the world against the new generation of talent to see if he still has what it takes to go in the ring. For Punk to step through the rope to face Gargano would be an incredible test of his skill, will and endurance.

However, Punk wouldn’t isn’t the only one looking to prove and test himself. Gargano’s post-WWE career offers up a plethora of opponents outside of that system and Johnny Wrestling would undoubtedly want to show the industry he is very against any opponent.

Punk was the indie name that set the early internet wrestling community and message board alight with tales of epic escapades. The same can be said for Gargano years later. His matches in Dragon Gate, PWG, and EVOLVE had Twitter buzzing and like Punk his reputation preceded him.

With their wrestling journey’s mirroring but a generation or so apart this first-time-ever bout would not only be an superb clash of two astounding performers but also a heroic battle of the eras.

Bryan Danielson’s post-WWE career has seen the American Dragon comeback with aplomb. Unleashed and unchained, Danielson is reliving his legendary independent wrestling career with every chop, strike and stomp to the face.

Danielson’s renewed penchant for pure wrestling and violence is clear proof that life after WWE allows freedom inside of the ring. Although nowhere near as stunted as Danielson was in WWE, seemingly due to his medical past, Gargano will undoubtedly be looking for that experience.

In WWE both gifted athletes were pigeon-holed as underdogs and the ultimate babyface, which had them wrestle a certain style and hampered by certain WWE-isms such as having to fight from the underneath all the time. Outside of the promotion they have the chance to put on a wrestling classic for the ages.

Gargano has felt the full force of the American Dragon before. In 2009 the two warriors clashed in Absolute Intense Wrestling. The following year Gargano successfully defended the AIW Absolute Championship against Danielson in a brutal 30-minute draw.

The two indie darlings drilled one another with an array of stiff strikes and astounding wrestling. Since then both wrestlers have grown and evolved as performers and, if the wrestling gods see fit, we could see this dream match take place once more.