With AEW Battle of the Belts III just around the corner we take a look at how the TV special could be improved.

Despite the fanfare which heralded the arrival of Battle of the Belts, it’s fair to say that the first two editions of the event have flown very much under the radar.

Although AEW is home to a stacked roster of talented performers, Battle of the Belts has struggled for an identity and has lacked moments of real consequence.

The name of the show implies that huge championship matches will be featured, and title changes are a real possibility. However, across both specials to date there has only been one genuine title switch. Back in April, Sammy Guevara defeated Scorpio Sky to win the TNT Championship, but the importance of the belt had already fallen significantly compared to it’s previous heights.

For a show designed around title defences, and for it to have the distinction of being a semi-regular special event, the feeling can’t be shaken that AEW could be doing more with the show.

So, how do you fix a problem like Battle of the Belts? 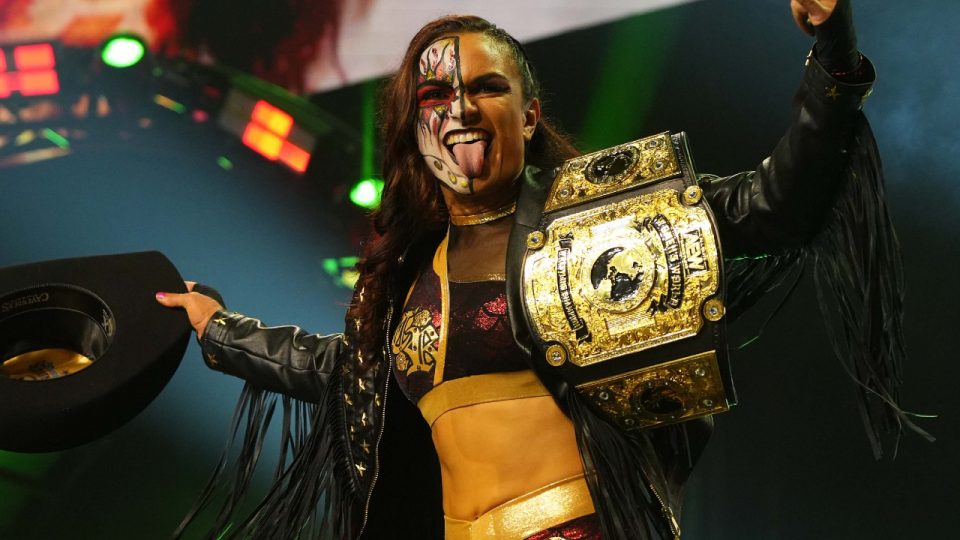 The first thing to do would be to follow in the footsteps AEW’s Dynamite specials by actually having significant matches that mean something.

The AEW TV specials often feature major attractions or significant blow-offs, such as the latest Fyter Fest which saw an AEW Tag Title change, a major TNT Championship defence in Wardlow vs. Orange Cassidy, and the end of the Eddie Kingston vs. Chris Jericho saga by way of a Barbed Wire Death Match.

Battle Of The Belts may not need to go that far, but a few major title defences certainly wouldn’t go amiss.

Since the addition of Ring of Honor there are way too many belts in AEW to go the ‘Night Of Champions’ route by having every title on the line, but there is no reason why the top honours can’t be defended. 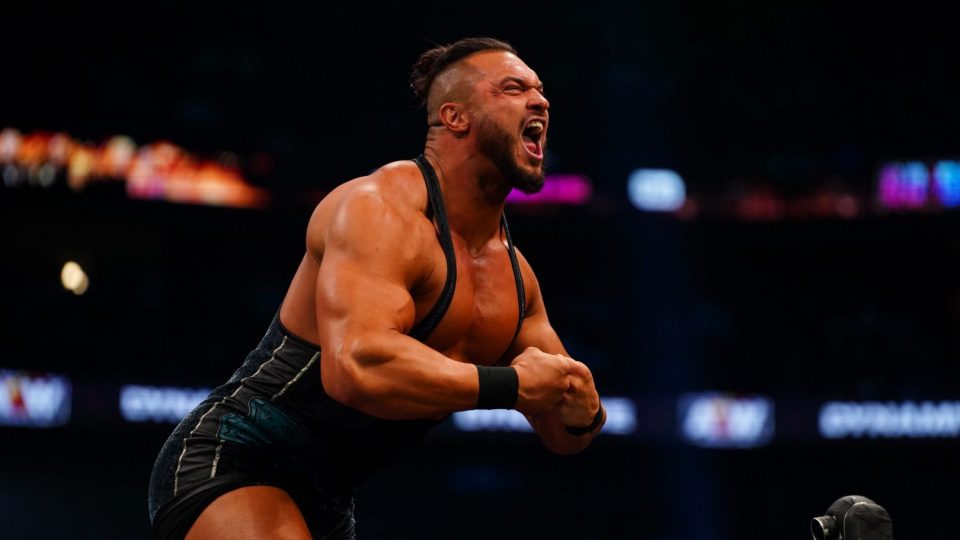 While some might not think this is necessary, an extra hour gives the show more of a big event kind of feel, rather than being akin to Rampage. Furthermore, if there show is two hours, there is more scope to feature more championship matches, more talent and more big moments.

It may be difficult to achieve in practice due to scheduling, but from a purely creative standpoint, the benefits far outweigh the negatives. 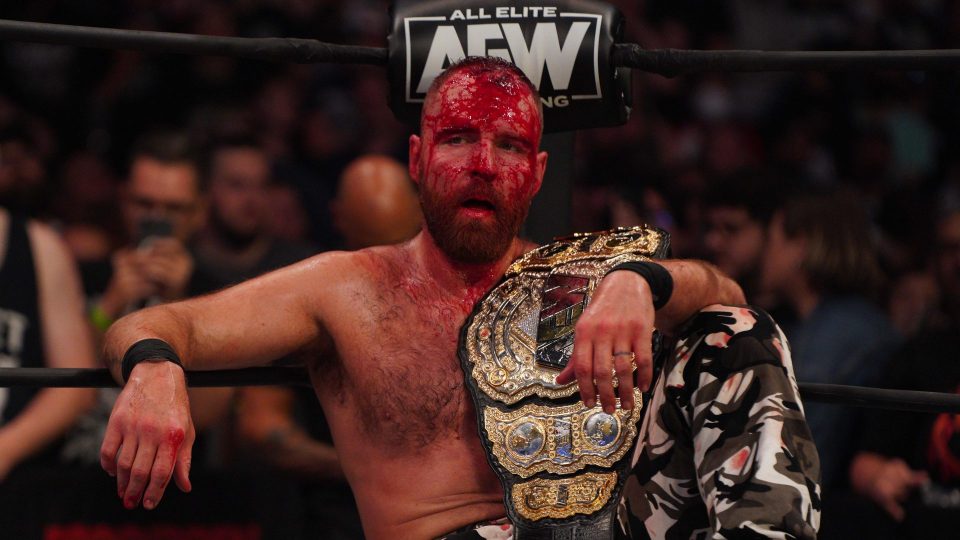 Unbelievably, AEW’s main prize (Interim or otherwise) is yet to feature on any Battle Of The Belts special, and won’t be appearing on the third instalment either.

Hangman Page and Adam Cole’s Texas Death Match for the strap took place on Rampage the day before Battle Of The Belts II in April, in an incredibly frustrating move on AEW’s part.

Putting Jon Moxley and the Interim AEW World Championship on the card for the special’s third instalment instantly makes it destination viewing, and provides the star power the special has sorely lacked from the very beginning.

This could have hypothetically been fixed relatively easily.

The former AEW Champion really hasn’t done much losing the main strap to CM Punk at Double Or Nothing in May. He was part of the four way IWGP debacle before and during Forbidden Door, but has otherwise slid down the card. Recent reunion with The Young Bucks notwithstanding.

While you don’t really want your stars to lose too much, Hangman is in a position where he can afford a defeat. His would also be a significant scalp for Moxley to legitimise him as a ‘real’ champion ahead of CM Punk’s return.

This could be have set up in relatively straightforward fashion on television by Page explaining that he wants to get his hands on CM Punk and the AEW World Championship. But with Punk out injured, he knows the best way to do this is to become Interim World Champion to guarantee a match with his rival upon his return.

Plus, this is another huge match AEW hasn’t done and can afford to put as a smaller show attraction rather than a major PPV, while it also suits the need of both characters. 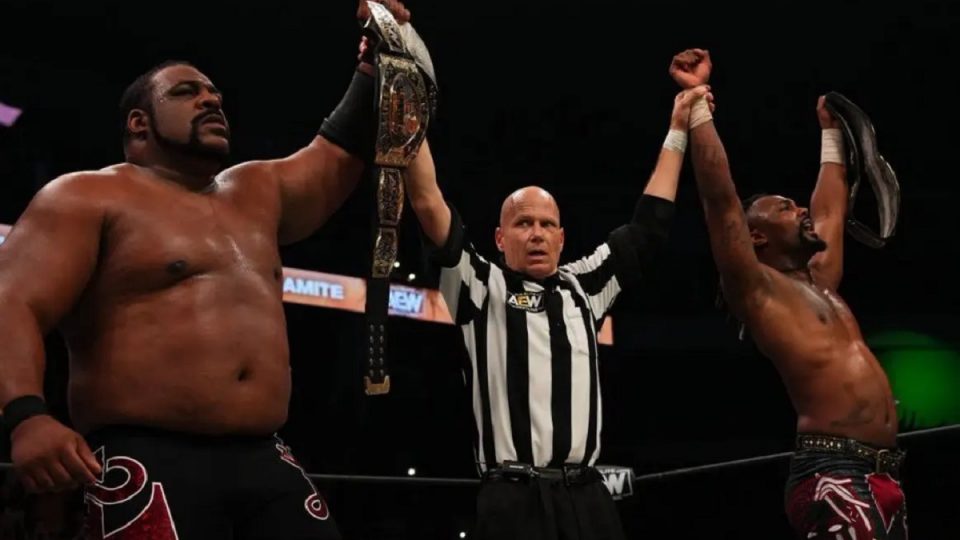 AEW currently has one of the deepest and most impressive tag team divisions of any promotion anywhere in the world. At any given time they could theoretically call upon The Young Bucks, Swerve In Our Glory, FTR, The Briscoes (political issues aside) Jurassic Express and the Lucha Brothers just to name a few.

This means that it’s somewhat surprising that Battle of the Belts has never featured a match for tag team gold.

Should the event expand into being two hours as suggested above, there really would be no excuse not to profile tag team wrestling at it’s finest. The titles don’t even need to change hands, but a title defence against competitive opponents would help the overall show, as well as increasing Swerve In Our Glory’s stock as champions. 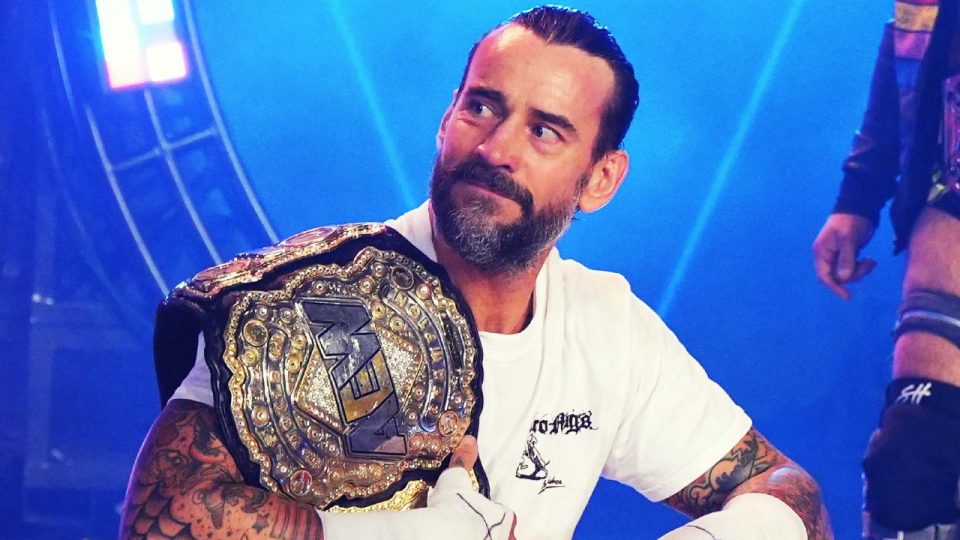 While CM Punk won’t be returning at Battle of the Belts III due to his recovery schedule, his arrival on anything other than Dynamite would certainly shake things up.

For example, if Punk reappeared at the end of All Out that would create massive intrigue heading into Dynamite the following Wednesday. Although nothing is guaranteed, this would surely improve the chances of that week’s Dynamite ratings increasing. It also reinforces the idea that AEW pay-per-views are must-see events as you never know what’s going to happen.

This idea is easily transferable to Battle of the Belts. Even if the star is question isn’t as big as CM Punk, the premise is the same. Star shows up unannounced on Battle of the Belts, helps the following Dynamite, creates feeling among the fanbase that the show matters.

Alternatively, advertise the returns in advance, and get people to tune in to Battle of the Belts to see their heroes back in action. In recent weeks both Bryan Danielson and Jungle Boy have returned to AEW television on Dynamite, so could easily have appeared at Battle of the Belts instead.