With the life Roderick Toombes led, “Rowdy” is probably an understatement.

Rowdy Roddy Piper is one of the most high-profile wrestlers of all-time despite never winning a world title.

This is probably due in large part to his unbound charisma, and while Piper was an over-the-top, larger-than-life character, it never felt forced or put on. Piper was a one-of-a-kind person who never took any nonsense from anyone.

This might also be at least part of the reason why a company didn’t put their main strap on him. Roddy was as wild and unpredictable outside of the ring as he was inside. As the man himself says “Just when you think you’ve got the answers, I change the questions!”

So here are five times that Roddy Piper, for better or worse, truly didn’t give a flying f*ck.

Left Home At Only 12 Years Old 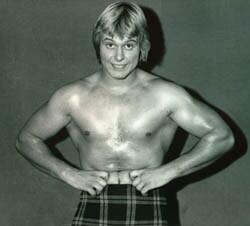 At an age where most of us are still arguing over who would win in a fight, Superman or Goku (it’s Superman) Roddy Piper was forced to grow up, and grow up fast.

Following an incident with a pen knife at school, Piper had a falling out with his father which forced him to hit the road at only 12 years of age. Staying in youth hostels when he could, young Roddy would busk with his bagpipes and work helping out at gyms in various YMCAs.

Things get a little blurry from there on with conflicting tales, even from Piper himself, but eventually, he would find himself under the tutorage of Tony Condello and his path to wrestling superstardom began.

Piper’s young life as a drifter would be echoed by his character of Nada, the protagonist in the movie They Live. More on that in a bit.

Refused To Be Pinned By Hogan (Or Anyone Else) 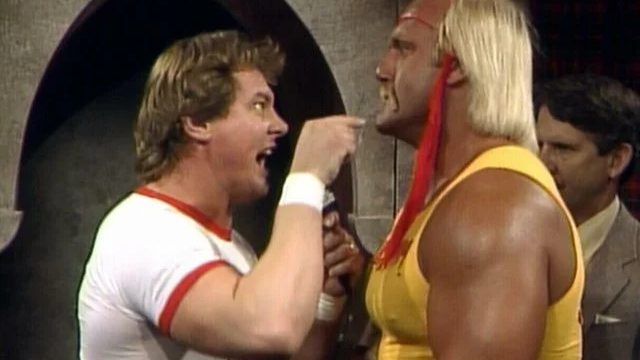 Of course, the ’80s saw the rise of Hulkamania, and wrestling had a new megastar hero that carried the flag for the WWF. As one of the company’s top heels, Piper and Hogan’s paths would cross many a time, but despite this, Piper refused to take a clean pin-fall victory from anyone, and as such never got the 1-2-3 from the Hulkster.

This was achieved by the use of DQ finishes and tag matches, such as the one between Hogan and Mr. T taking on the villainous Paul Orndorff and Roddy Piper at the first Wrestlemania.

Thanks to Piper’s face turn in the late ’80s, the two ended up tagging so much on the house show circuit that they eventually had more matches as partners (25) than as opponents. (22).

Even years later in WCW, Hogan may have picked up a few victories over Roddy, but as he was in his heel “Hollywood” persona so it was never without some kind of villainous shenanigans.

Piper’s refusal to lose made Bret Hart’s victory against him at Wrestlemania 8 that more special, being his only clean loss during his time with the company. Well, that’s if you don’t include a strap match with Snuka in 1984 that was only seen on home video release.

Walked Out On Vince To Do ‘They Live’ 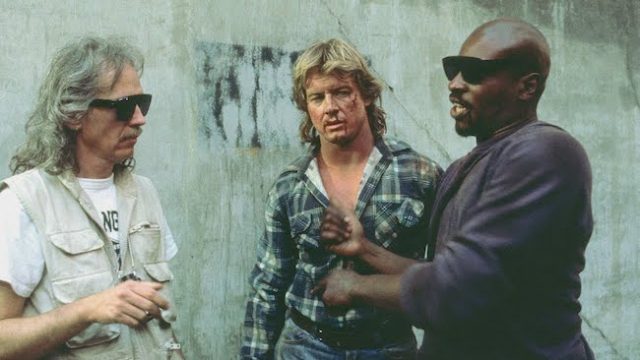 Now that Piper was out of in-ring action he asked for Vince McMahon’s blessing to do the movie They Live. McMahon didn’t grant it and instead told him that he would get another movie deal with equal pay in four weeks.

But those movies wouldn’t be directed by the legendary Carpenter with Piper as the lead, and so Roddy walked out on the company and in doing such an act, would be blackballed by WWF.

This was a strange move on Vince’s part, seeing as how his father Vince McMahon Sr. was in a similar position when he didn’t allow Hogan to do Rocky 3. Hogan did it anyway and came back a star.

They Live was a hit and as such, Piper’s stock went up. He returned to the company two years later as a babyface.

Showed His Ass To Bill Maher On TV 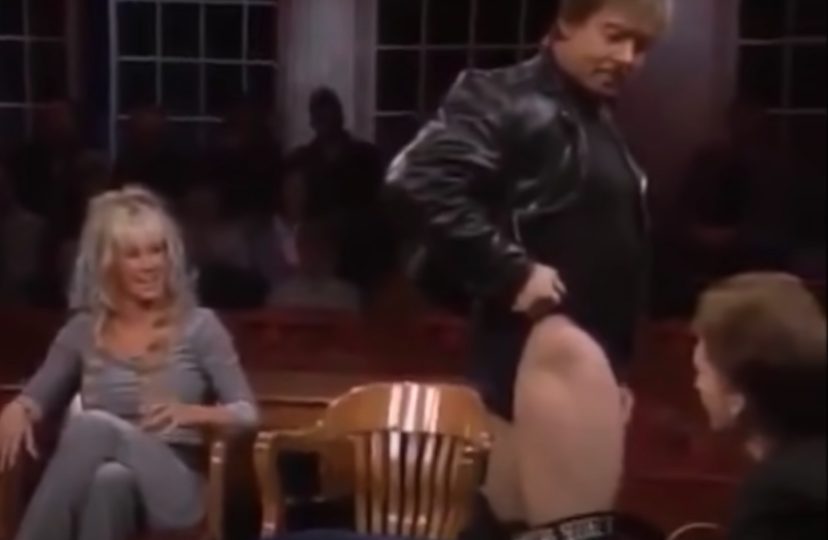 Bill Maher’s Politically Incorrect was a long-running talk show that aired throughout the nineties in which Maher would talk to a panel of guests about various subjects.

A 1999 episode saw guests from WCW, including Sting, Bobby Heenan, Madusa, and of course, Roddy Piper.

The show got off to a rocky start with Bill Maher asking if they think modern wrestling audiences are “in on the joke.” This set the tone for the wrestlers to go on the offensive, culminating in Maher asking why they don’t get bruises.

Hot Rod responded by jumping up, pulling down his trousers, and hoisting his underwear, showing his ass to the world and bruise around his replaced hip. The aggressively jovial vibe then went serious as Piper showed his broken wrist, then exclaimed “Owen Hart, dead. Why don’t you tell Mrs. Hart how much of a joke it is.”

The on-edge tone remained for the rest of the segment, and sadly the interview never really went anywhere other than that.

Calling Jimmy Snuka a “Mother Fu*ker At The 2008 Rumble 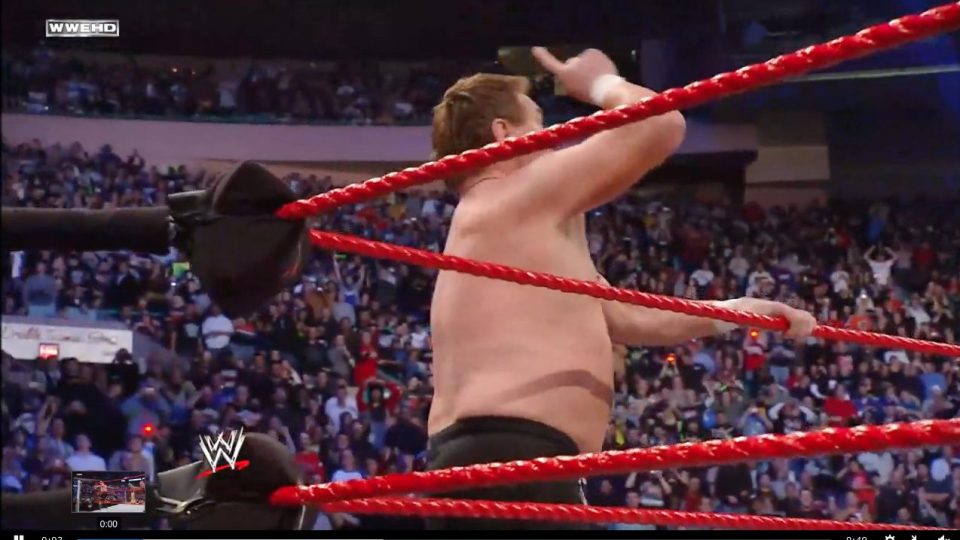 The Royal Rumble 2008 match saw one of the biggest pops in wrestling history, with John Cena returning months earlier than predicted from a pectoral injury to win the thing.

But the biggest pop for the boys came from Roddy Piper.

Jimmy Snuka made his way out in a surprise legend spot, with Roddy out next to re-spark their legendary rivalry. You know, the one where The Hot Rod bashed The Superfly on the noggin’ with a coconut.

Cody Rhodes had the best seat in the house, as he explained to Inside The Ropes:

“Piper never cared about anything, just a wild man, and he takes the deal off and he gets on the apron, and the camera is right on him and he points at Jimmy Snuka, and I’m just watching, and he goes ‘YOU MOTHER F***ER!'”

Sadly the production staff managed to cut what could have been the greatest rumble moment of all time, but you can still clearly see CM Punk and John Morrison having a chuckle before they are remembering they’re supposed to be rumblin’ 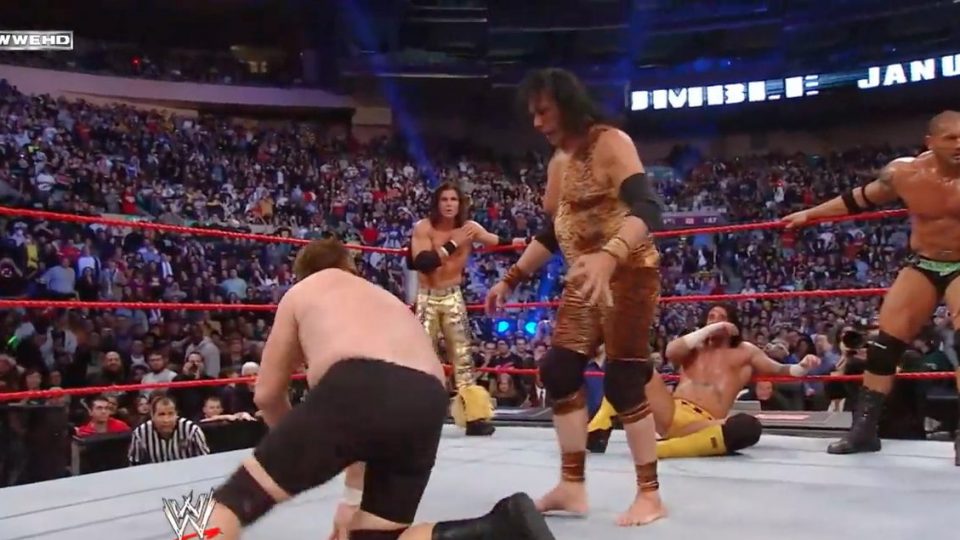 Say what you will about Piper’s wild ways, but the man cemented himself in wrestling history by marching to the tune of his own bagpipes and clearly not giving a f*ck.