WWE revealed the new version of NXT on September 14th 2021 as NXT 2.0. The show received an injection of colour, vibrancy and new faces.

Fans met the relaunch with mixed reactions. Some enjoying the new aspects of the show while others found it a jarring and unfamiliar experience.

The relaunch featured a plethora of changes for the much loved NXT brand. Everything from lighting to music and ring ropes to superstars. So, here is everything you need to know about NXT 2.0

The new eye-catching logo was unveiled as part of the revamp announcement and was met with reservations from the WWE Universe. The mix of colours thrown together finished with a splash effect brought comparisons to children’s network Nickelodeon.

The drastic change of the logo showed fans what to expect. The NXT of old was no more and the new energetic NXT 2.0 is here.

One of the other obvious changes revealed in the announcement was the CWC arena. Gone was the dark, underground look replaced by a brighter, amphitheatre style. Once the new audience arrangement was unveiled on the show it gave a soundstage atmosphere.

The crowd were illuminated and made much more visible than from the gloomy and almost blacked out way they were previously. The seats are white against white walls and all lit up with spotlights making sure they are a part of the show. The space between the ring and front row is larger plus it is circular instead of square. The aesthetics of the audience were likened to the IMPACT Zone, WCW Worldwide and even children’s game shows.

The ring also featured an update. As the removal of everything yellow and black, the ring ropes are now white with multi-coloured ring posts. 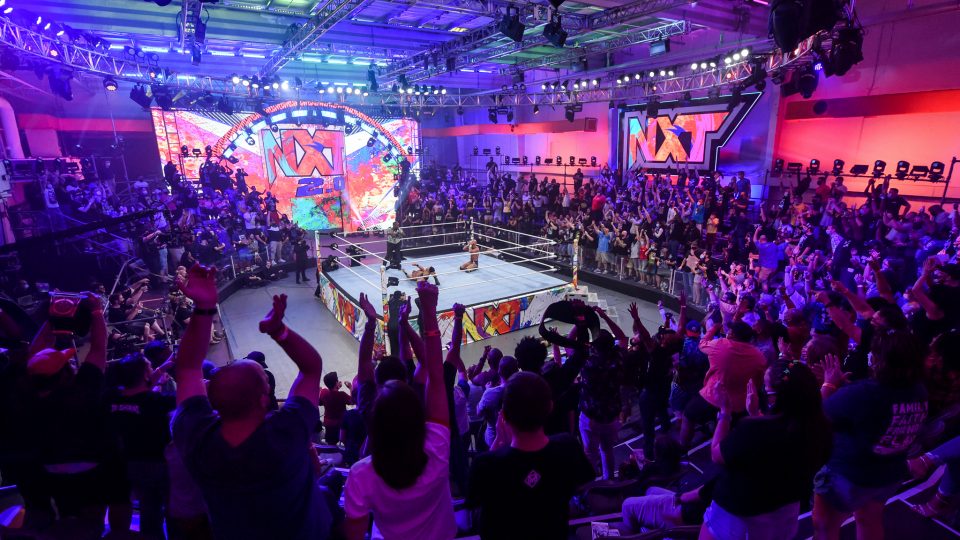 Despite the myriad of changes one thing that remained was the excellent in-ring product. NXT has always focused on producing superb wrestling and that was evident throughout the programme. The Creed Brothers looked fantastic and gave off The World’s Greatest Tag Team and American Alpha vibes. Bron Breakker’s first match was a great showcase of his incredible power and strength. Ridge Holland continues to be portrayed as a monster and Mandy Rose’s team of Gigi Dolin and Jacy Jayne looked impressive.

The Fatal Four Way for the NXT Championship was very good with Tommaso Ciampa, Pete Dunne and LA Knight working very well together. Von Wagner’s inclusion was out of left field and firmly established the refocus on the developmental purpose of the brand.

Speaking of Von Wagner he was just one of the many new faces given the spotlight. Bron Breakker, The Creed Brothers and Ivy Nile were all showcased as future stars of the company. Trick Williams, B-FAB, Brooks Jensen, Josh Briggs and NXT Breakout Tournament winner, Carmelo Hayes all received screentime.

While bringing in new stars and fresh faces is nothing out of the ordinary it was clear that the introduction of these talents was a statement that the future is now.

During the revamp news, reports surfaced that Vince McMahon, Bruse Prichard and Kevin Dunne were to be involved in the production of the show going forward. However, while those reports remain substantiated someone needs to take the reigns while Triple H recovers from heart surgery. That someone is reported to none other than Shawn Michaels. Michaels had been a longtime member of the NXT production staff and plays an integral part in both NXT and NXT UK.

Despite HBK being in charge of the show, there were several moments throughout the show that resembled the booking and production of the main roster shows. Moments such as Bron Breakker taking on and beating LA Knight in an impromptu match while the latter was fighting for the championship later in the show is as confusing as any angle on Monday Night RAW. Also, the name change of several wrestlers such as Breakker and Von Wagner is straight out of the main roster playbook.

So, the next NXT is here and while it may take some time in getting used to there are plenty of things to be exciting about going forward.