Dave Meltzer and his star ratings are the topic of many heated conversations around wrestling as they have been for decades now. With the first five star match happening in 1982, a further 182 have attained that status or achieved even greater success. With All Elite Wrestling joining the wrestling world in 2019, we have a look at the seven AEW matches to gain five stars or more. 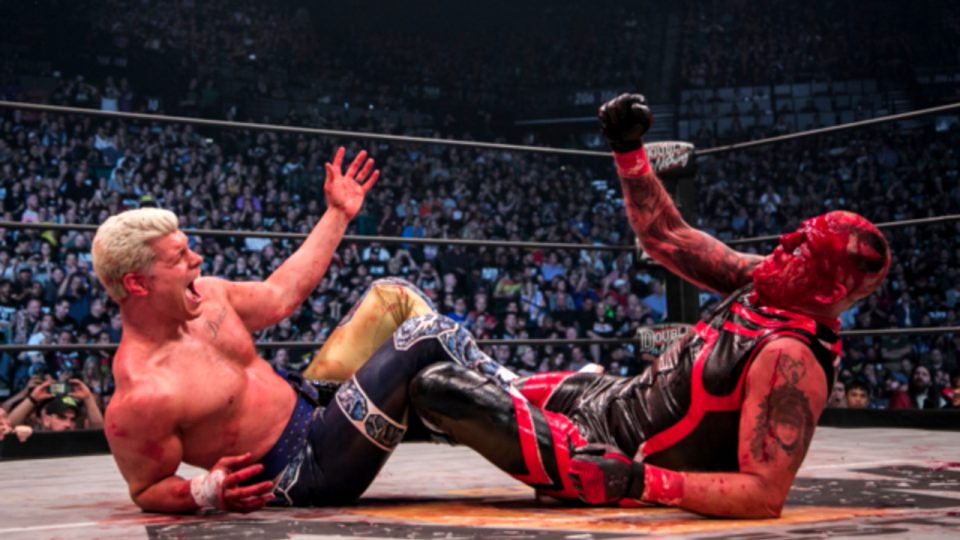 The first match in All Elite Wrestling history to receive the hallowed five stars from Dave Meltzer was an absolute bloodbath between the Rhodes brothers. On AEW’s first night Cody and Dustin Rhodes undoubtedly stole the show as Dustin put on a career-defining show. In the run-up to the match, Cody told the story of trying to end his older brother’s era of wrestling. Complaining that he and his peers had to live up to the perceived impossible standards set by those in the ‘Attitude Era.’

Before the match even took place, Cody ensured headlines were made as the Prince of Pro-Wrestling took a sledgehammer to The King Of King’s throne. As for the match itself, Brandi Rhodes made her presence felt at ringside hitting Dustin with a bottle of water and then a spear before being ejected by the legendary man in the middle, Earl Hebner. The packed crowd in Las Vegas grew louder and more vociferous as the match went on with the brothers taking their turn to inflict pain on each other. In the end, with both men covered in Dustin’s blood, a third Cross Rhodes was enough to give Cody the victory.

After the match, in one of the most emotional promos ever, Cody told his opponent he didn’t need a partner or a friend, but he did need his older brother. The brothers then embraced with this moment setting up their tag team bout with The Young Bucks at Fight For The Fallen. 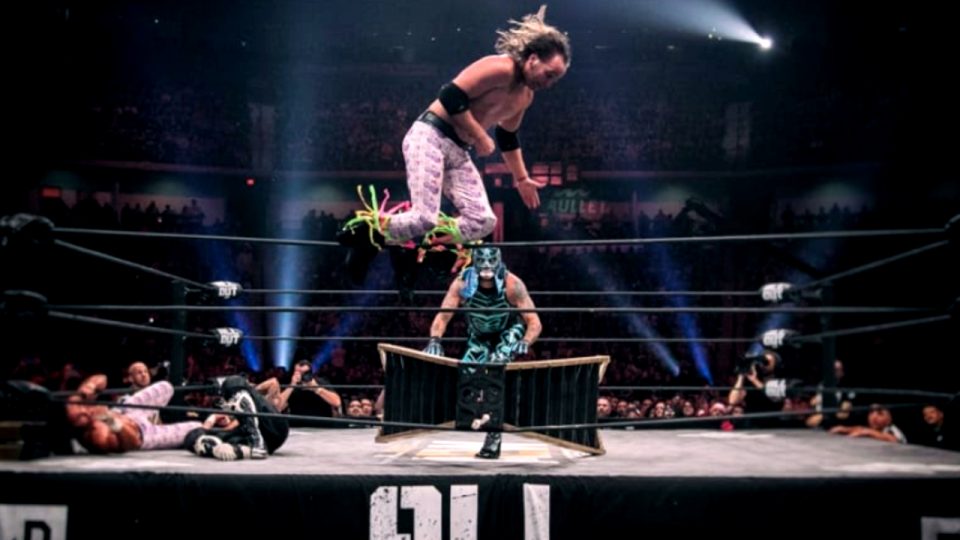 The first AEW contest to break the Dave Meltzer five-star scale was a tag team war from the inaugural All Out pay-per-view in September 2019. One year on from the spiritual precursor to AEW, All In, The Young Bucks found themselves sharing the ring with the Lucha Brothers, Penta El Zero M and Rey Fenix. This bout was no ordinary match as the pairs of brothers faced off in an Escalera De La Muerte match for the AAA Tag Team Championship.

The match itself was all action for nearly half an hour as two of the best tag teams on the planet risked everything. Highlights included Penta hitting an incredible Destroyer on Matt Jackson off the top of a ladder through a table in the ring. Not to be outdone the younger brothers Nick and Rey leaped off ladders in stereo driving both Matt and Penta through tables. The scariest moment came when Nick was pushed off a ladder by Penta sending Jackson all the way to the floor. On his way down his foot caught the top rope meaning he plunged headfirst through one of the two tables at ringside.

Ultimately the Lucha Brothers retained their titles, going on to have the longest reign as AAA Tag Team Champions in history. 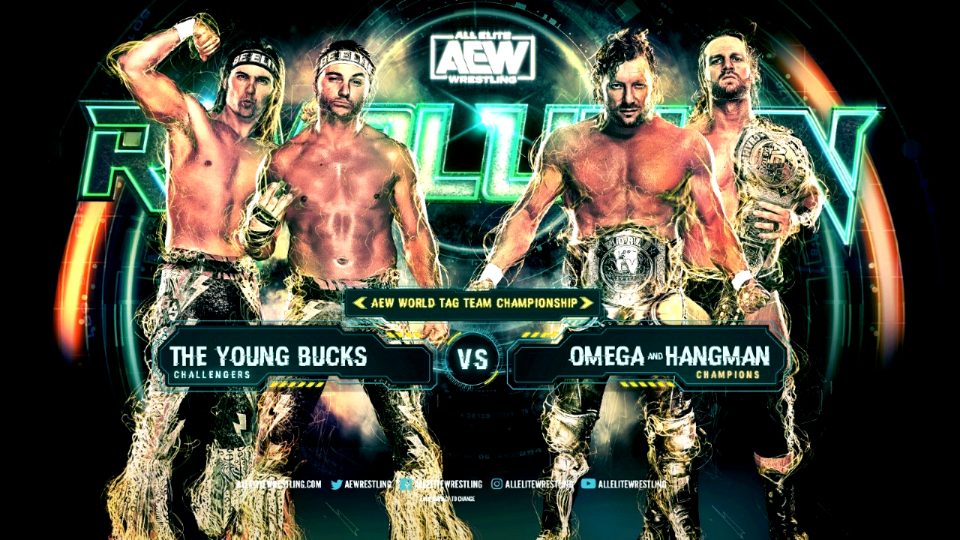 Omega and Page had come together to form an unlikely tag team despite both being members of The Elite. Although as time wore on Page’s relationship with the group and in particular The Young Bucks grew more fractious by the week.

At Revolution in early 2020, the last AEW pay-per-view pre-pandemic era, a disillusioned Page joined forces with Omega to face The Bucks in a thirty-minute barnstormer of a match. In what was Omega and Page’s third title defence they took the Jackson brothers to the absolute limit. As the advantage flew back and forward, Omega and Page looked every bit the polished tag team as they hit combination moves and set each other up for their trademark offence. With The Bucks showing flashes of their arrogant Bullet Club selves, they took control until Page was able to powerbomb Nick through a table. The crowd in Chicago became more unglued with each near fall before Hangman Page finished the match with a cathartic Buckshot Lariat. The best tag team match of all time according to Dave Meltzer. 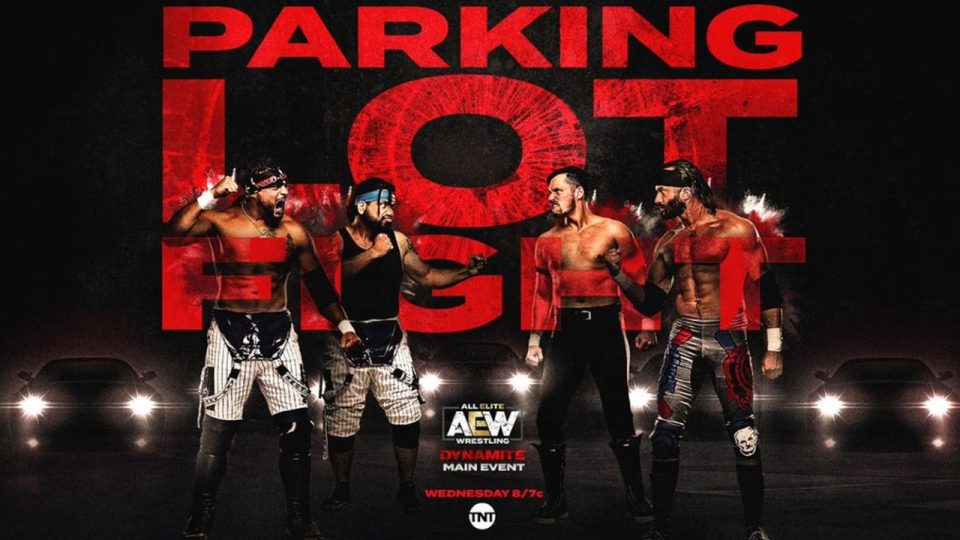 The two teams met in the main event of Dynamite in what was the finest example of a parking lot fight that has ever been. Santana and Ortiz entered with what has become their big match trademark Dead Presidents-inspired facepaint. In many ways, this fight was perfect for the pandemic era as AEW were still running shows with no crowd in attendance.

Highlights included Trent being powerbombed on the top of a car by Ortiz and then the Inner Circle members slamming him through a windshield. The end of the fight saw Orange Cassidy emerge from the trunk of a car nailing Santana with a chain-assisted Orange Punch. Best Friends won the match when Trent finished Ortiz by delivering a Crunchie through a board on the back of a pick-up truck. And there’s not any other 5 star matches that can say that. 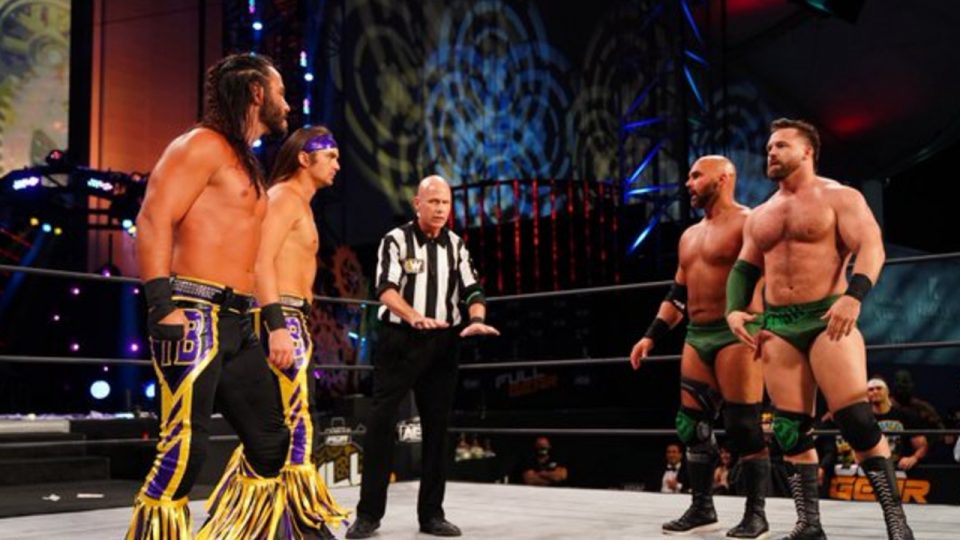 Fans of The Young Bucks YouTube series, Being The Elite, will know that this match was on the cards for years. It all began with FTR being an unkind acronym directed towards the team then known as The Revival. For many fans, a match between these two teams was a dream that would harken back to the glory days of tag team wrestling where The Rock ‘N’ Roll Express and The Midnight Express sold out arenas across the United States. The problem was, FTR was part of WWE while The Bucks began building AEW. That problem was solved in May 2020 when the newly christened Dax Harwood and Cash Wheeler drove their truck right onto AEW Dynamite.

For weeks, the teams had a somewhat uneasy alliance. The Bucks and FTR even teamed up at Fyter Fest 2020 to defeat the Butcher, The Blade, and the Lucha Brothers. However that all changed in August 2020 on what was supposed to be Tag Team Appreciation Night. With Tully Blanchard, Arn Anderson, and The Rock ‘N’ Roll Express present, FTR attacked Ricky Morton and cemented their alliance with Blanchard. Success followed less than a month later when FTR unseated Hangman Page and Kenny Omega as AEW Tag Team Champions. All of this was leading to their inevitable showdown with the Jackson brothers, and at Full Gear, the fans finally got their wish.

The old adage ‘styles make fights’ had never been more apt with both teams trying to wrestle their style. FTR successfully slowed The Bucks and their frenetic style down for much of the match. With Harwood and Wheeler focussing their attention on Matt Jackson’s already injured ankle. In the end, however, FTR’s hubris was their undoing. Straying away from their ‘no flips, just fists’ mantra, Cash Wheeler attempted a springboard 450 splash but missed Matt. The elder Jackson brother then dropped him with a superkick with the injured ankle for the win and the titles. 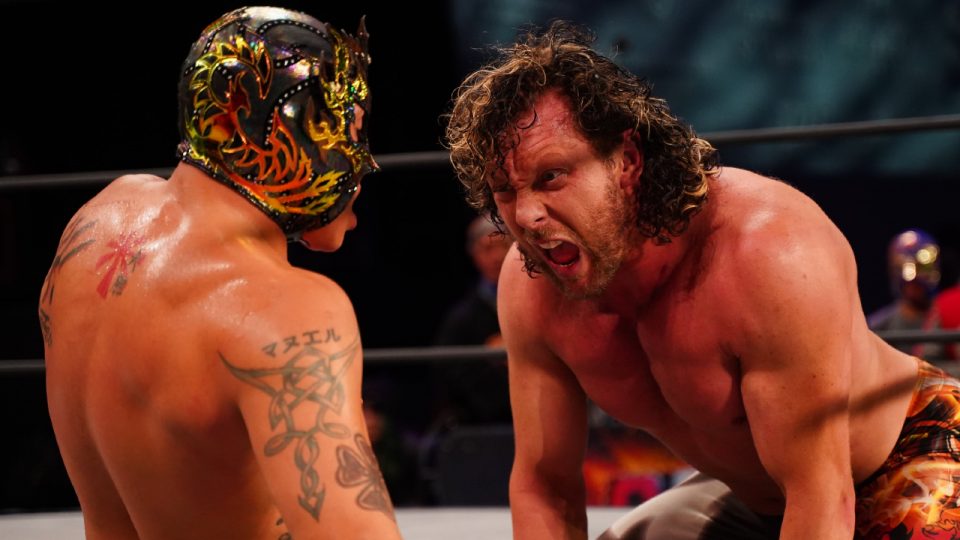 In many ways, Rey Fenix has been AEW’s stand-out competitor since the company began in early 2019. He received his first AEW Championship match on the first AEW Dynamite of 2021. The luchador had a tough test against a champion with a new attitude but who is no stranger to a 5 [or even 7] star match, Kenny Omega.

Since Omega won the championship in December 2020 and forming an alliance with long-time friend Don Callis, Omega had reverted the villainous ‘Cleaner’ persona he first exhibited after he joined Bullet Club in NJPW.

Coming one week after the hugely emotional Celebration of Life for the late Brodie Lee, Omega, and Fenix put wrestling front and centre once again in what was a difficult time for the company.

Omega made his size and strength advantage count as he tried to ground the high flyer. But despite Omega’s best efforts, Rey Fenix could not be subdued as he threw his body at Omega like a weapon. Fenix survived onslaught after onslaught from Omega, even catching the champ with an incredible superkick for a near fall. In the end, Omega finished the fight in the same way he’s finished so many others, putting Fenix away with the One-Winged Angel. 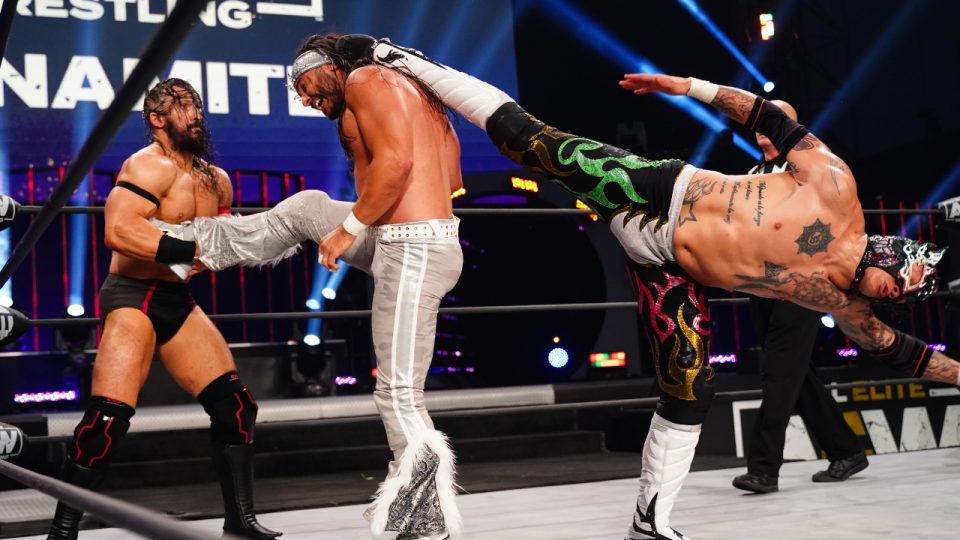 The Young Bucks lead the way in five star [or above] matches in AEW with four, but Rey Fenix is only one match behind the Jackson brothers with three. And with the luchador teaming with Death Triangle partner Pac, another classic was on the cards for this AEW Tag Team Title match.

The Bucks were now back to their arrogant best after reforming The Elite with Kenny Omega, The Good Brothers, and Don Callis. Death Triangle earned their title shot by winning the Casino Tag Team Royale at Revolution in March. The addition of Pac in the place of Penta El Zero M gave a new twist on what had become a classic formula between The Bucks and the Lucha Brothers.

The match was jam-packed with high flying action as you’d expect. Fenix nearly won the titles following a frog splash and then Pac nearly won the match with a Black Arrow. However, Death Triangle was undone in the end like so many teams before them as they were guests of honour at a superkick party.

Kenny and Fin are back to talk about the NWA’s all female PPV, EMPOWERRR, rumours… Watch

Kenny and Sean are back to talk about Sean’s trip to Jacksonville, Piper Niven, WWE… Listen