Love is in the air at All Elite Wrestling as we run down a list of real-life couples who both ply their trade in AEW! 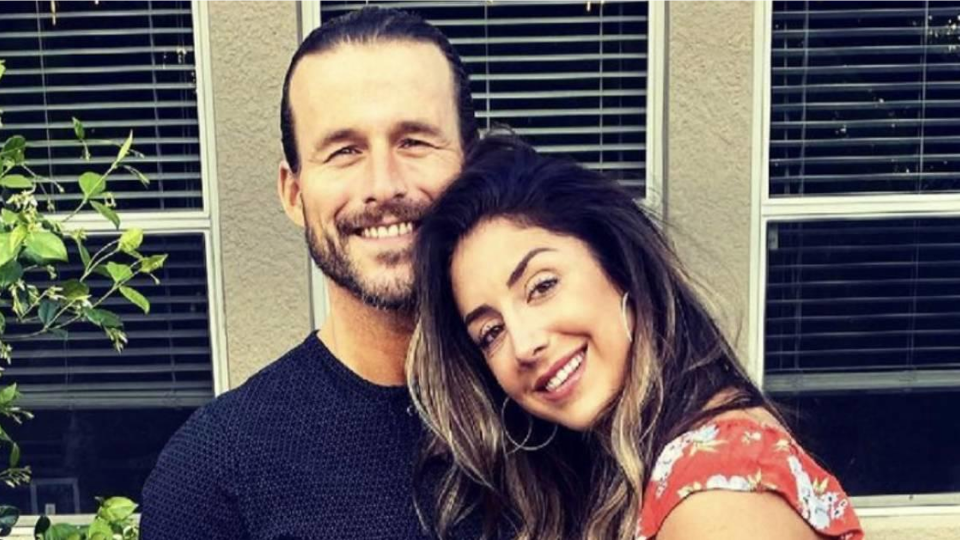 Britt Baker was one of the first names signed to AEW when the company formed in early 2019. At that time her boyfriend Adam Cole was making waves in NXT and in the summer of 2019 he captured the NXT Championship for the very first time.

Baker’s AEW career took off into the stratosphere after her bloody Lights Out Match with Thunder Rosa at St. Patrick’s Day Slam in 2021. Just two months later Britt Baker captured the AEW Women’s Championship from Hikaru Shida going on to have a lengthy run with the belt.

The high-profile couple straddled either side of the Wednesday Night Wars until they ended in April 2021 but by then Cole’s WWE days were numbered. He left the company when his contract expired following NXT TakeOver 36 but he shocked the system once again when he made his AEW debut at the end of their All Out pay-per-view just two weeks after his WWE exit.

Baker and Cole began dating in 2017 after the pair found each other on Bumble.

Another early AEW signing was Jungle Boy Jack Perry, the son of the late Hollywood icon Luke Perry. Jungle Boy made his AEW debut at Double Or Nothing in 2019 where he was part of the Casino Battle Royale that was ultimately won by Hangman Adam Page.

From there he has continued his successful tag team from his indie days with Luchasaurus as Jurassic Express. The duo captured the AEW World Tag Team Championship for the first time when they defeated the Lucha Brothers on Dynamite in January 2022.

Anna Jay’s AEW adventure began in April 2020 when she debuted in a loss to Hikaru Shida. Two months later, another loss to the frightening Abadon led Jay to be taken in by Mr. Brodie Lee as she joined The Dark Order. Anna Jay famously choked out Brandi Rhodes after Lee had defeated Cody Rhodes for the TNT Championship, earning her the nickname of Queen Slayer.

In June 2021, Anna Jay and Jungle Boy broke the internet as they posted a photo online of themselves sharing a kiss, announcing their relationship to the world.

Penelope Ford first laced up her boots in AEW as part of the Casino Battle Royale at All Out in 2019. During her time in the company, she has formed a formidable tag team with The Bunny. The pair lost a hellacious Street Fight against Anna Jay and Tay Conti in her highest-profile match in the company. Ford was also part of a wrestling wedding, where she supposedly wed Kip Sabian at AEW Beach Break in February 2021.

Kip Sabian can lay claim to winning the first match on the first-ever AEW show when he defeated Sammy Guevara on The Buy In ahead of Double Or Nothing in 2019. Sabian introduced Miro into AEW as his ‘Best Man’ in September 2020. The partnership lasted until April of the following year before The Bulgarian Brute turned on his friend. In May 2021, Kip Sabian underwent shoulder surgery that saw him miss almost a year of action.

The Blade & The Bunny 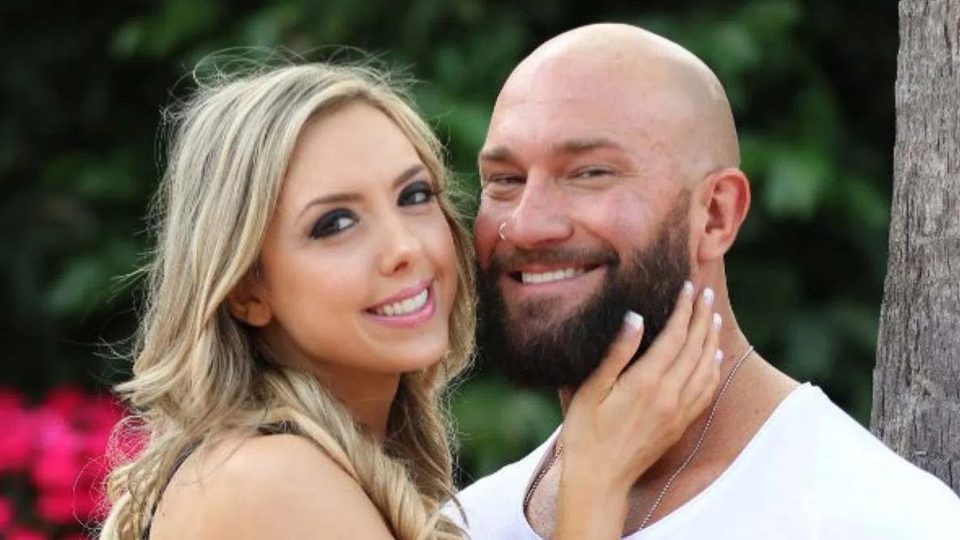 Wrestling veteran The Blade first entered the world of AEW by the side of The Butcher in November 2019 attacking Cody Rhodes. The duo were briefly aligned with Eddie Kingston and The Lucha Brothers before joining up with The Hardy Family Office.

The Bunny’s AEW career began in June 2019 when she defeated Leva Bates at Fyter Fest under her original name of Allie. Allie formed an unlikely tag team with Brandi Rhodes before returning to her husband The Blade’s side in October 2020.

The Blade and The Bunny were aligned on-screen before their AEW days when both were a part of IMPACT Wrestling. The happy couple married in September 2013. 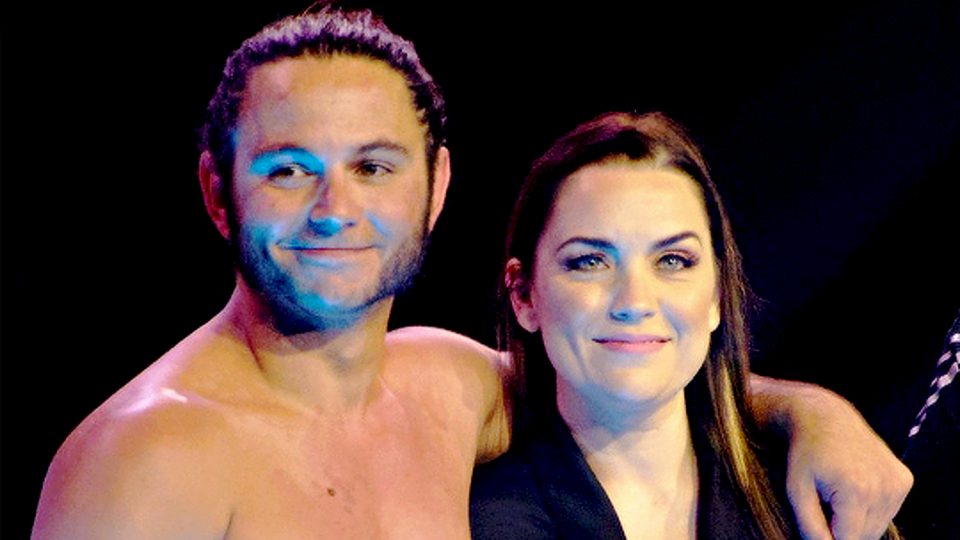 Matt Jackson of The Young Bucks and his wife Dana have been integral parts of All Elite Wrestling since the company was formed. As one of four original EVPs in the company Matt Jackson, along with brother Nick and Cody Rhodes bet on themselves when they funded the All In show in 2018 which led to AEW.

Although Dana Massie isn’t seen on-screen in AEW, she runs the company’s gigantic merchandise machine as the Chief Marketing & Merchandising Officer of AEW. Massie was a driving force behind The Young Bucks’ marketing and merchandising strategy during their meteoric rise which changed the game for all independent wrestlers.

The couple was married in November 2008, going on to have two children; a daughter, Kourtney, and a son, Zack who can frequently be seen on Being The Elite. 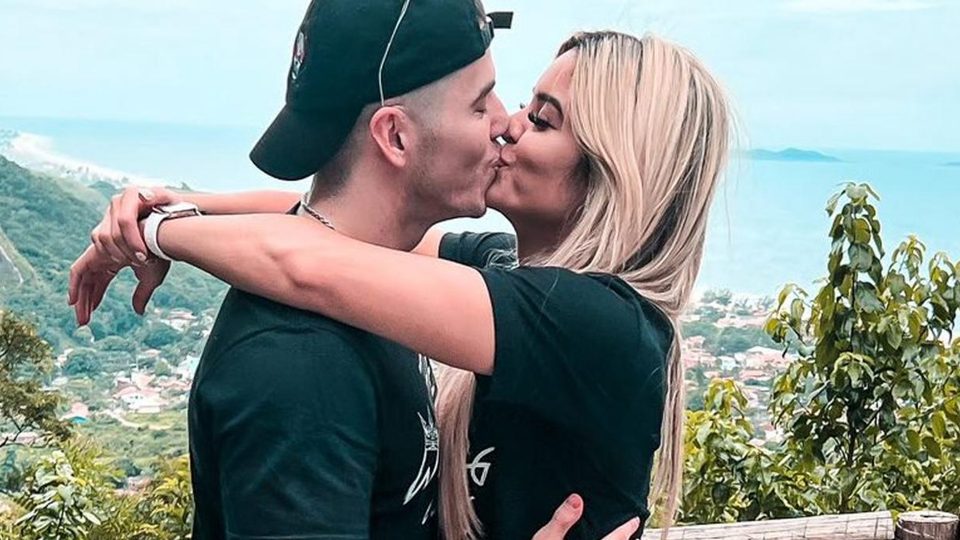 Tay Conti and Sammy Guevara announced their relationship on New Year’s Day 2022 when they shared a photo of them sharing a kiss as the ball dropped. Since then the duo have been inseparable on Guevara’s YouTube vlog, with the couple taking a trip to Conti’s native Brazil and Guevara meeting her family and the pair unveiling matching tattoos of the other’s name.

Sammy Guevara had previously proposed to his long-time girlfriend Pam on AEW television in August 2021, but The Spanish God later revealed that the pair split up just two months later.

Tay Conti joined AEW following her release from WWE where she had appeared on the NXT brand. Conti has challenged for both the AEW Women’s and TBS Championships but has been unsuccessful in her quest for gold thus far.

Sammy Guevara on the other hand is a two-time TNT Champion, having won his first title in AEW from Miro in September 2021. Guevara lost the belt to Cody Rhodes but became Interim TNT Champion at Battle Of The Belts when Rhodes was unable to defend the title in a rematch. Following that, Sammy Guevara defeated Rhodes in a ladder match to crown an Undisputed TNT Champion.