The 2022 edition of SummerSlam is set to take place on July 30, 2022. The event marks the 30th anniversary of SummerSlam 1992 which was famously headlined by the classic Intercontinental Title match-up between Bret ‘Hitman’ Hart and The British Bulldog.

Bret Hart entered that match as the Intercontinental Champion and along with The Bulldog contested a stunning battle that still holds up 30 years later. In fact, Hart has a long history of classic matches at SummerSlam.

This feature looks back on every single Bret Hart SummerSlam match and ranks them from worst to best!

It’s fair to say that Bret Hart has never had a bad match at SummerSlam. However, it would also be fair comment that his most recent SummerSlam bout in 2010 was his least memorable. The match was good no doubt. It pitted the forces of Team WWE opposite The Nexus; the upstart “rookies” from season one of NXT.

However, it is best remembered for the last 90 seconds of the match wherein John Cena shrugged off a brutal assault and a head first bump on the concrete floor, to smash through Justin Gabriel and Wade Barrett to defeat The Nexus in their first major match.

For Hart’s part, his participation in the contest was brief. He worked over Heath Slater when he entered the match and was disqualified for smashing Skip Sheffield (the future Ryback) with a chair.

Due to his disability pay-out from Insurance Broker, Lloyds of London, Hart was legally (and physically) unable to take any bumps. Therefore, he had to either be the last man standing or be eliminated by count-out or disqualification. WWE opted for the latter, but in all honesty, Hart should have never competed in the bout.

15 years earlier and Hart was at the peak of his wrestling powers. It was somewhat perplexing then, at the WWF’s second biggest show of the year he was saddled with wrestling the evil dentist, Isaac Yankem, DDS.

However, despite that fact, Hart and Yankem contested an energetic brawl, which had the crowd invested throughout it’s 16-minute runtime. Interference from Jerry Lawler, enabled Yankem to gain the upper hand in the closing minutes and tie Hart up in the ropes.

Yankem kept pounding on an immobile Hart, drawing the disqualification. Despite it’s cheap ending, the action before it was good and kept moving. A forgotten gem. 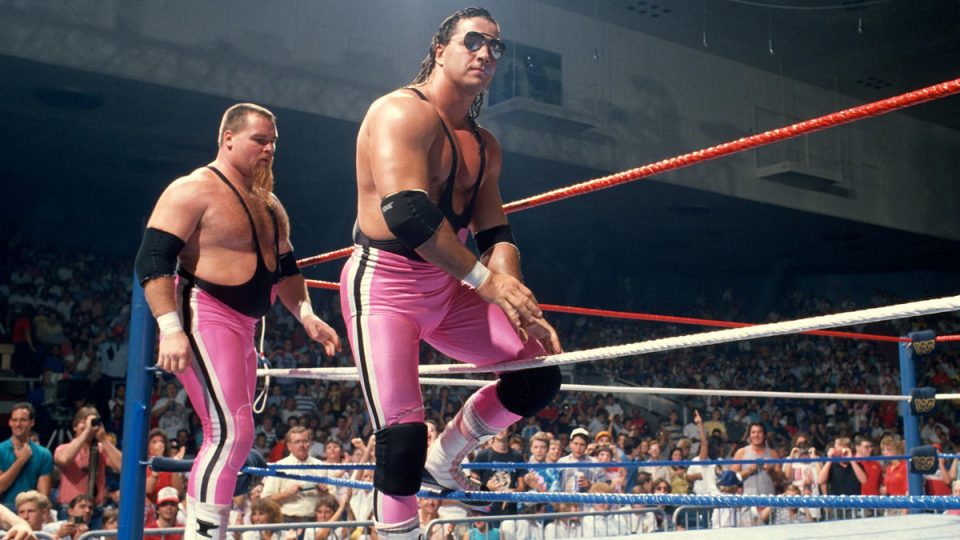 The Hart Foundation contested many blinders during their WWF tenure. However, their bout with Demolition at the inaugural SummerSlam was one of their weaker super-card matches during this era.

That being said, the bout was more than adequate with the added element of Jimmy Hart who had recently been sacked by the Hart Foundation stationed at ringside to screw with his former charges.

The finish came when Jimmy Hart threw his megaphone to Ax, who promptly nailed Bret Hart with it to earn the win for Demolition.

A decent little match that could have been greater had it been afforded more time. 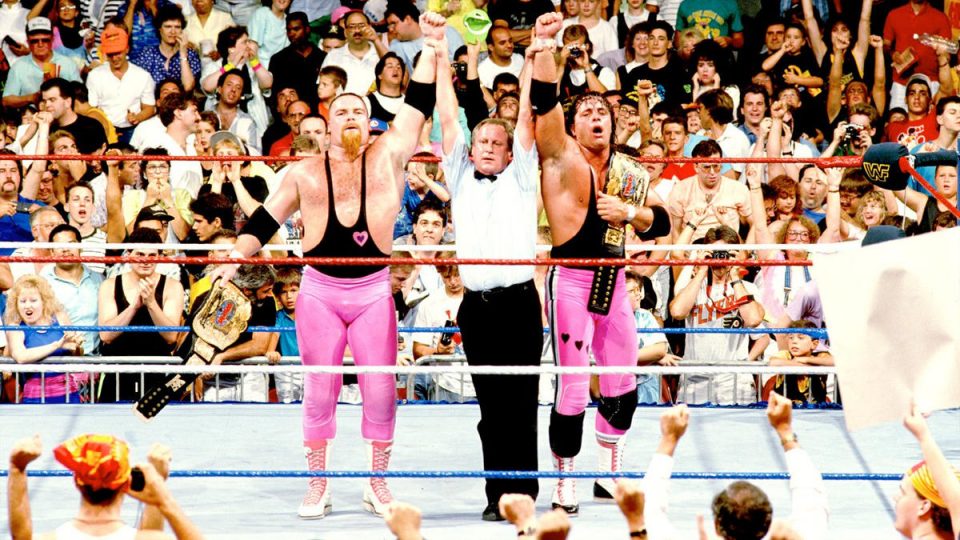 The Hart Foundation’s second SummerSlam encounter with Demolition was superior to the original. In a heated match with the Tag Titles at stake, the two teams engaged in a really fun, classic formula tag team battle.

Fought under 2 out of 3 falls rules, The Hart Foundation bested the champions to earn their second run as Tag Team Champions.

In an entertaining twist, Demolition who had been engaged in underhanded tactics to retain their belts for months, were undone by the interfering Legion of Doom. The Road Warriors broke up Demolition double teaming, allowing Hart to roll Crush up for the pin and the straps.

The title change brought the house down. 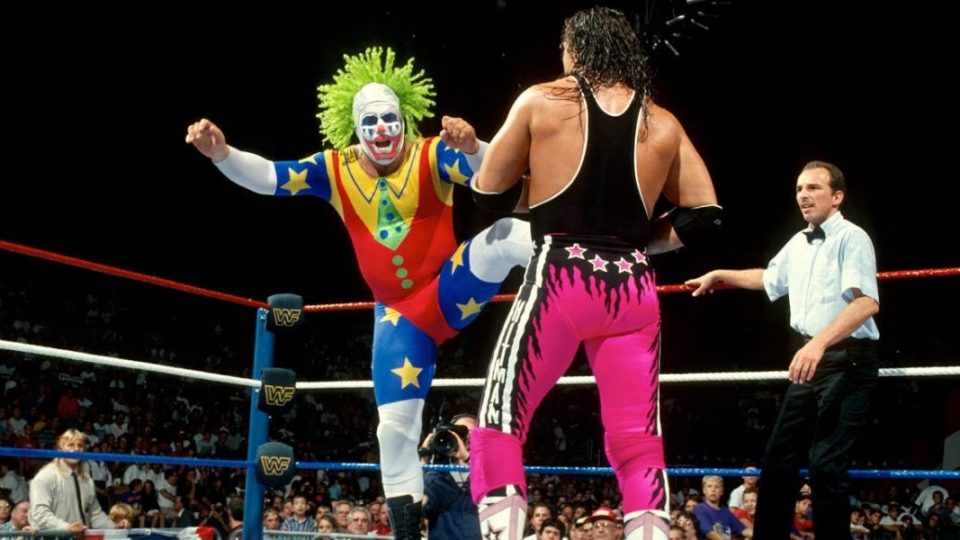 In the run up to SummerSlam 1993, the most intense feud in the WWF was between Bret Hart and Jerry Lawler. Their conflict had begun two months earlier when Lawler battered the ‘Hitman’ after Hart had been crowned the 1993 King of the Ring.

However, Lawler emerged for his bout with Hart on crutches claiming he had been in a car accident and could not compete. That led to ‘The King’s’ “court jester” taking his place opposite the ‘Hitman.’

In a decent back and forth encounter, Hart eventually gained the upper hand and placed Doink in the Sharpshooter. However, Lawler, who had made a rather abrupt, miraculous recovery smashed Hart with the crutch resulting in a disqualification win for Hart.

His ruse exposed, WWF President, Jack Tunney insisted that Lawler compete, otherwise he would be banned from the Federation for life. That led to… 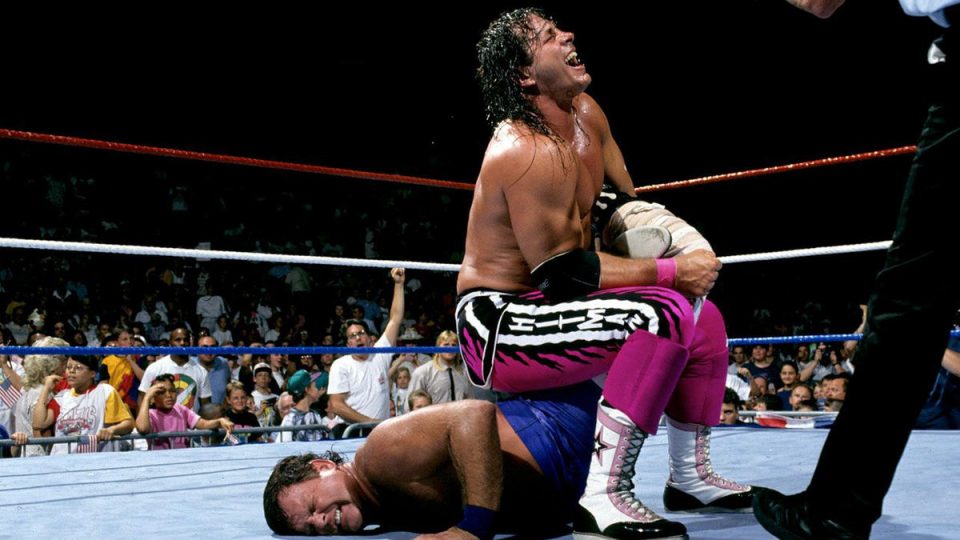 Bret Hart earned a measure of revenge by dominating Lawler in the early going of a super heated six-minute affair. The Michigan crowd came unglued as Hart smashed Lawler, before the wily veteran gained the advantage by cheating.

A timely low blow by Hart enabled him to place Lawler in the Sharpshooter. Lawler tapped furiously, but Hart determined to hurt his foe refused to release the hold. That resulted in a reverse decision as the ‘Hitman’ was disqualified.

More of an angle than a match, this was nevertheless an incredibly intense match-up, which far outshone the evening’s main event between the mammoth Yokozuna and the mechanical, Lex Luger. 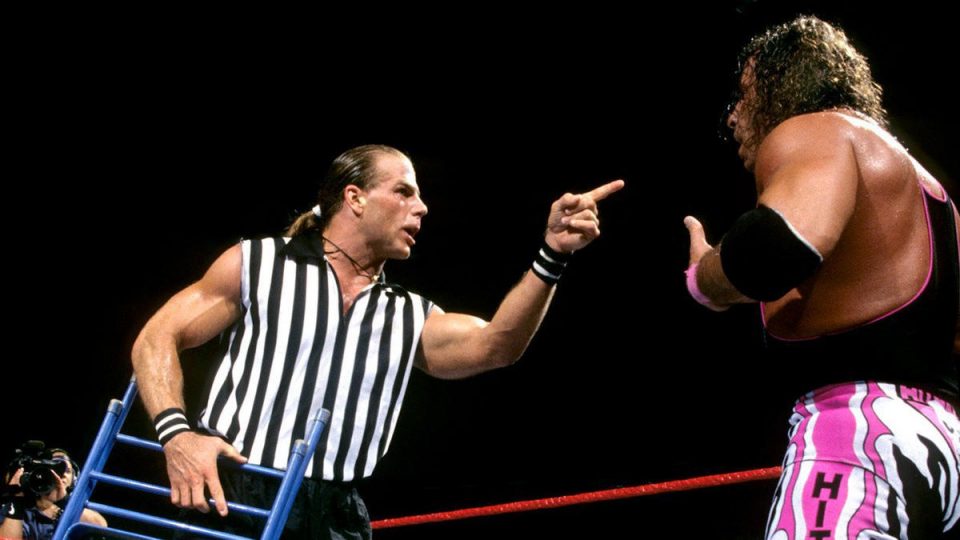 Bret Hart’s final SummerSlam of his full-time WWF career saw him challenge The Undertaker for the WWF Championship.

Another wrinkle was that Hart’s bitter rival, Shawn Michaels was the special guest referee.

Hart and ‘The Phenom’ contested an excellent big man versus little man bout. The memorable finish saw Michaels take a chair from Hart. When the ‘Hitman’ protested by spitting on ‘HBK’, Michaels swung the chair at Hart but nailed ‘Taker full on in the skull.

Hart made the pin and Michaels reluctantly counted the three. An entertaining, if slightly overlong (28 minutes) match-up, this nevertheless was a worthy SummerSlam headliner.

Hart and The Undertaker would contest an even better match the following month at One Night Only.

Four Horsemen members, Arn Anderson and Tully Blanchard are more commonly associated with JCP and WCW, than the WWF. However, their short run in the Federation between 1988 and 1989 as The Brain Busters was highlighted by some sterling tag team matches.

Not least their encounter with The Hart Foundation at SummerSlam 1989. A tremendously exciting, back and forth match was highlighted by some incredibly crisp and precise exchanges.

The Hart Foundation relentlessly worked over The Brain Busters for much of the contest but the wily veterans found a way to win, when their manager, Bobby ‘The Brain’ Heenan caused a distraction. That allowed Anderson to nail Bret Hart with a double axe handle off the top rope for the pin.

A tremendous tag team match-up; one of the very best of the era. 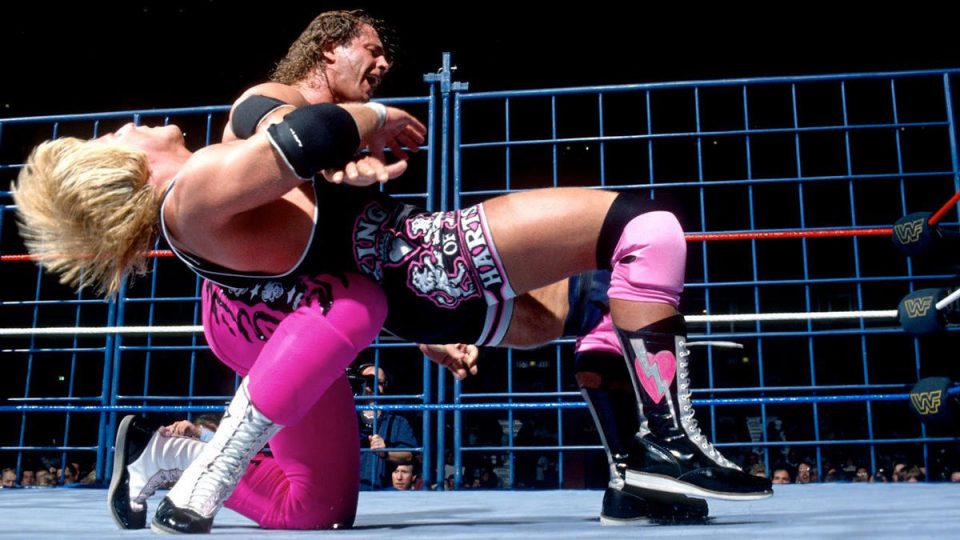 Bret Hart and his younger brother, Owen always worked well together and their battle for the WWF Championship was no exception. In fact, it was the greatest blue barred steel cage bout in Federation history.

For 32 minutes, the Hart brothers nailed each other with high impact moves at a furious pace. The drama built and built, as the pair continually tried to escape either through the door or over the top of the cage. Each time they would be thwarted at the last possible moment. The Chicago crowd lost their minds, every time Bret or Owen attempted to escape.

The finish finally came when Bret managed to tangle Owen’s leg in the blue bars and drop to the floor to earn the victory. Post-match, Jim Neidhart and Owen locked Bret inside the cage and battered him senseless while other Hart family members and the Bulldog tried to force their way inside to rescue him. 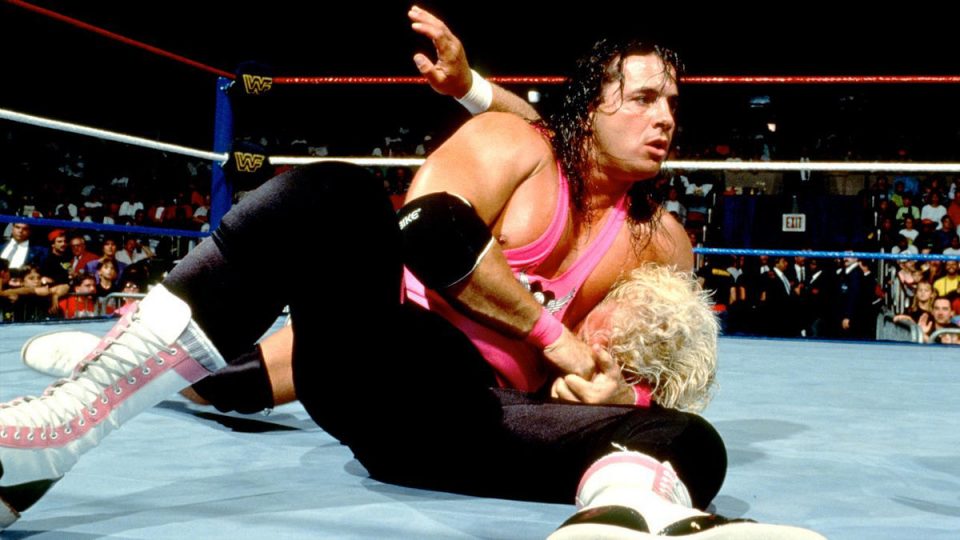 Bret Hart’s coming out party as a singles wrestler was his Intercontinental Title winning effort opposite Mr. Perfect.

Perfect entered the bout with a career threatening back injury and entered a stunningly gutsy performance and made Hart look like a superstar. The crowd were super heated for this bout and the performers rewarded them with a stunningly crisp, back and forth technical battle.

The finish came when Hart reversed a leg-drop and manoeuvred Perfect into his patented Sharpshooter. The ‘Hitman’ forced Perfect to submit and became Intercontinental Champion for the first time.

This is one of the greatest matches in SummerSlam history and Hart would only surpass it once, with another all time classic.

Much has been written about the SummerSlam 1992 main event. Put simply, the match was a workrate classic. It heralded a change in direction for the WWF, with a greater emphasis on technical in-ring action in the main event. Two months after this match and Hart was the WWF Champion and the likes of Shawn Michaels and Owen Hart would be pushed as stars near the top of the card.

The London crowd at Wembley Stadium were electric, making for a super atmosphere. The battle between two babyfaces, determined to prove who was the better man, built and built, with the crowd biting for every big move. Adding to the drama was Bulldog’s wife and Hart’s sister, Diana sat in the crowd, which invested further emotion into the match.

The finish came when Bulldog reversed a sunset flip into a pin, earning himself his first (and only) Intercontinental Title.

30 years on, the bout remains the finest in SummerSlam history.

You can watch every single SummerSlam event exclusively on the WWE Network.