AEW has accomplished a lot in such a short space of time and establishing their World Championship as one of the top titles in the industry is one of them.

In the promotion’s short but impactful history they have quickly become recognised as the second-largest wrestling company in North America.

During this time they have had four World Champions. Each champion ushered in a new chapter for the company.

A promotion’s champion is an incredibly vital component to its success. The champion is the face of the company.

Let’s take a look at every AEW World Champion so far. 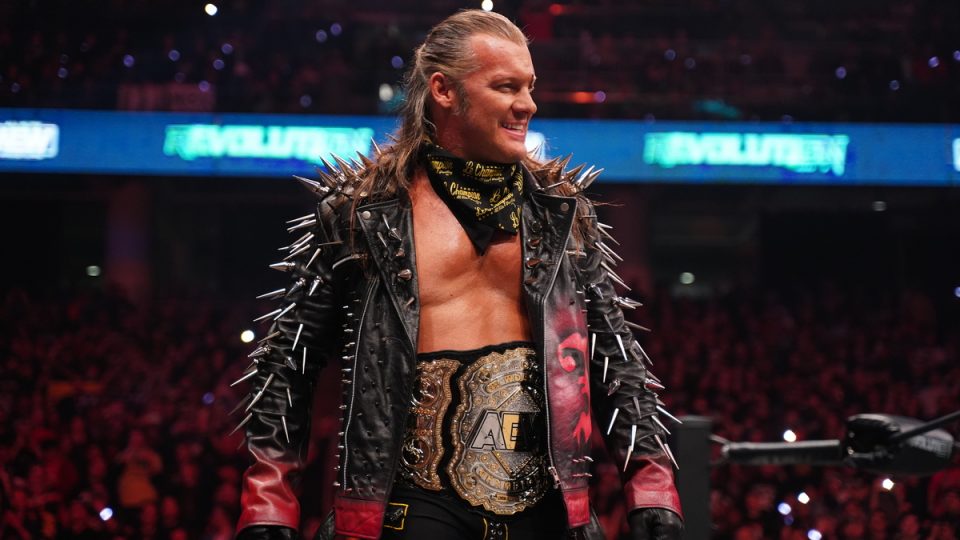 The former WWE Superstar shocked the wrestling world when he appeared at the All Elite Wrestling Rally in January 2019.

His signing was a bombshell and a huge statement from AEW, which more than paid off. Jericho was easily the biggest and most recognisable star signed to the AEW roster at the time.

He brought mainstream appeal while carrying kudos with the independent fans due to his with Kenny Omega in NJPW.

Jericho became the inaugural AEW World Champion in his second match for the company defeating Hangman Adam Page at 2019’s All Out.

His run as champion is arguably his best in AEW so far because we all know that heel Jericho is the best Jericho.

His first title defence against Darby Allin in a Philadelphia Street Fight on the third edition of Dynamite was one of his best matches in AEW.

Allin is a fearless daredevil who can withstand unbelievable punishment. The style allowed the newly crowned Le Champion to use his villainy to the fullest in which Jericho thrives.

A great Inner Circle vs The Elite feud led to Cody challenging for the title at Full Gear. The stipulation of Rhodes never being able to fight for the AEW World Championship if he lost the match made for a gripping and dramatic encounter.

Jericho’s third and final successful title defence came against Scorpio Sky. The match saw Sky push the champ to his limit as the promotion strove to establish its younger talent.

However, Jericho’s title reign went way beyond his defences. The ideal first champion for the new promotion Jericho was instrumental in AEW’s early success and popularity.

His presence and name-value brought eyes to the product. The fans that came to see Jericho stayed to see the new and exciting talent that AEW offered. 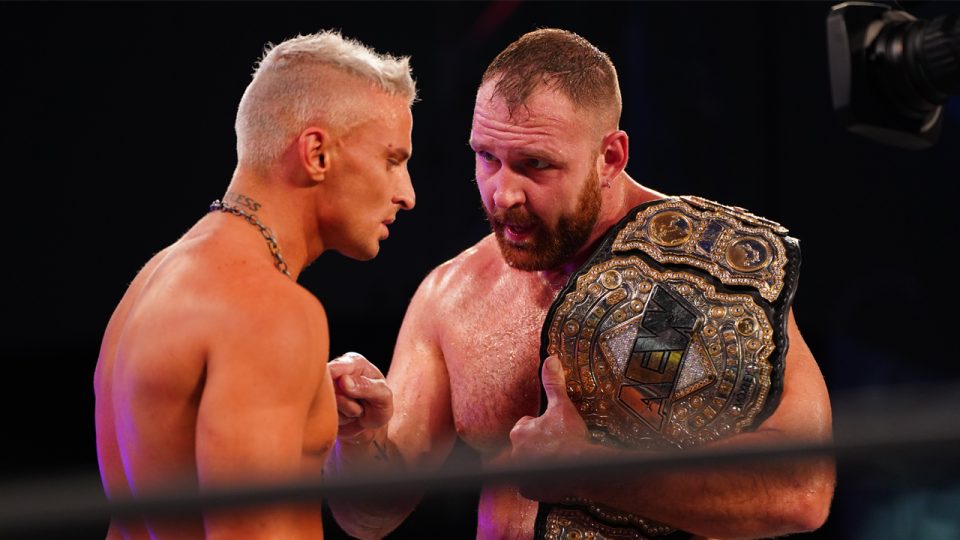 Jon Moxley’s surprise debut at Double or Nothing in 2019 was an epic moment and another huge statement for the company.

Moxley was another big name in the company and he possessed an edge and hunger that connect instantly with the AEW faithful.

The former WWE man who, in the eyes of many, was an underutilized talent in the company and was now in a place that would allow his true essence to flourish.

From day one in AEW Moxley was on the warpath. He attacked Kenny Omega, which to their uber-violent Lights Out Match at Full Gear.

It was clear that Jon Moxley was unleashed, unchained and prepared to fulfill his potential. After tearing it up in NJPW and winning the IWGP United States Championship on his first match for the Japanese promotion, he set his eyes on the AEW World title.

Jericho and the Inner Circle paid close watch on Mox’s trajectory and attempted to to halt it at every opportunity. A brutal attack from the champ’s spiked jacket. temporarily blinded the challenger and a patch-wearing Mox went on a rampage through the heel faction.

Mox and the Demo God finally met at Revolution and the promotion welcomed its second world champion with open arms.

Within weeks of winning the title, Moxley found himself a champion during a world pandemic. With the world on hold, wrestling was one of the only forms of entertainment that was able to continue.

During this time Moxley was the epitome of a true fighting champion. He fought an array of challengers such as Jake Hagar, Brian Cage, The Butcher and Brodie Lee.

His feud with MJF was a particular highlight of his run and resulted in a great match at last year’s All Out PPV.

However, his rivalry with Eddie Kingston produced incredible promos and two brilliant fights between the two hardened veterans of the ring.

Moxley was a great second champion for AEW and made a lasting impact during his time with the title. He brought further name recognition and a violent legitimacy to the championship while defending it against all comers. 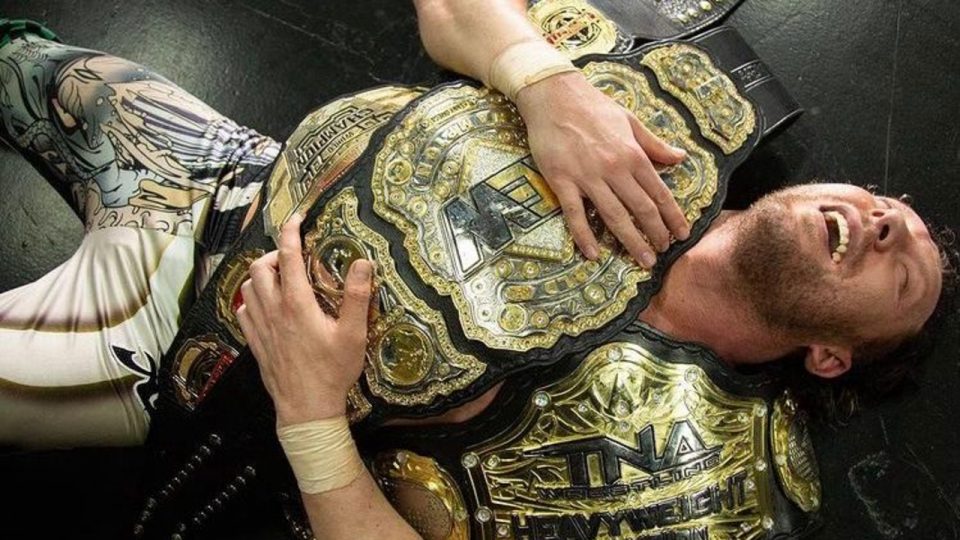 The Best Bout Machine’s title reign in the promotion’s longest and most controversial. Ever since the inception of AEW, fans wanted to see Kenny Omega wear the gold. However, when he finally got there it came at a cost.

Omega ventured on his solo run after the emotional breakup from his tag team with Hangman Page. Having lost the tag titles they both reached the finals of the AEW World Championship Eliminator Tournament.

The two partners battled it out in a fantastic match at Full Gear cementing the end if of their friendship while hinting at the Cleaner version of Omega fans were clamouring for.

At the ‘Winter is Coming’ special edition Dynamite, Omega faced Moxley for the AEW World Championship. It was a special occasion, which brought a special guest in the form of Don Callis.

Callis, a longtime friend of Omega, joined the commentary table to commemorate his achievement. But his appearance proved to be much more than a supporting role as he helped Omega capture the title from Moxley and kick open the “forbidden door” in the process.

The two would explain their actions on IMPACT! Wrestling and the relationship worked in Omega’s favour as the Good Brothers instantly had his back.

The former Bullet Club crew reunited to form the Super Elite run roughshod through both promotions in a shocking move not seen in the industry for decades.

Back in AEW the champ still had a Jon Moxley problem and they would settle their differences in the promotion’s first-ever exploding barbed wire deathmatch.

Moxley and Omega are no strangers to taking things to an extreme level and this match promised to do just that. Despite the delivering some great hardcore moments it will forever be remembered for its disastrous and anti-climatic ending.

Omega didn’t let the disappointment halt his progress and he added to his collection of belts winning the IMPACT! World Championship from Rich Swann at Rebellion.

The Belt Collector continued to prove his dominance in title defences against PAC and Orange Cassidy at Double or Nothing in the company’s first PPV in front of a full audience on over 18 months. Jungle Boy also pushed him to his limit in another cracking title match on Dynamite.

Omega’s title reign came to an end in perfect fashion when his former partner Hangmen Page returned to confront the champ and overcome his greatest challenge.

In the ring Omega was on fire, however, his title reign was often criticized due to his antics out of it. Despite his comedic and zany side taking over at times his title reign was a triumph especially taking into consideration the injuries he revealed he was working with.

A great champion who put on incredible matches, Omega’s reign was an important one. His star power elevated the title further while ushering in the inter-promotional relationships with other companies, which raised the profile on AEW. 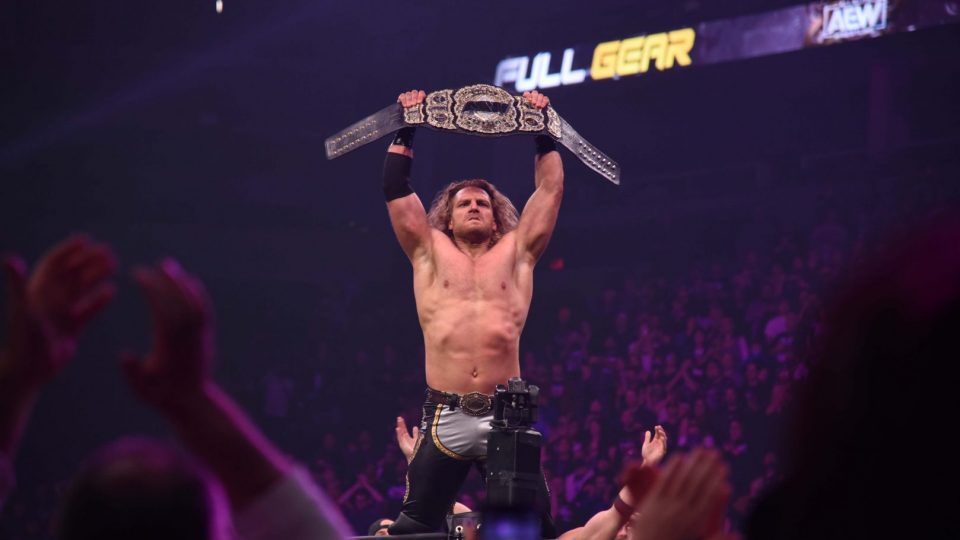 In 2019 during AEW’s press conference EVPs The Young Bucks, Cody Rhodes and Kenny Omega outlined the aims and goals of the new company.

Hangman Adam Page was the first member of the newly formed roster to stake his claim to become the inaugural AEW World Champion and so began his arduous journey to the title.

Hangman’s undeniable appeal and charm made him a natural babyface and fan favourite. An original member of the Elite and future legend of the promotion he was the perfect choice for AEW’s first-ever champion. However, that was not to be.

The trials and tribulations of Hangman’s quest to become AEW World Champion is one of the best-told wrestling storylines in years.

He failed on his first attempt against Chris Jericho, which was followed by a loss to MJF for the Dynamite Diamond Ring. The tag title reign with Omega, which featured their breathtaking encounter with the Young Bucks at Revolution 2020, placed him in the shadow of the Best Bout Machine.

Although a huge hit with fans self-doubt crept in and Hangman distanced himself from the Elite and after a heartbreaking loss to Omega in the finals of the AEW World Title Eliminator Tournament he became a man with no friends and no island.

After months of soul-searching and usually with a drink in hand, the Anxious Millennial Cowboy found solace in the Dark Order, who helped rebuild confidence but only after yet another loss to the Elite, which saw him leave the company for several months.

Hangman returned to to a thunderous ovation when he won the Number One Contender Casino Ladder Match.

Page was a new man with a clear purpose. In the lead up to his meeting with Omega he was on excellent form.

At Full Gear Page finally conquered all and claimed his hard-earned and well-deserved spot at the top of the AEW mountain.