All Elite Wrestling’s TNT Championship recently celebrated its two-year anniversary, having had its inaugural champion established on 23 May 2020. The fourth overall AEW championship to be officially incarnated into the company, the TNT Championship has effectively taken on the unofficial title of AEW’s workhorse championship, similar to that of the Intercontinental Championship in WWE. Its short history has, so far, produced a litany of AEW’s greatest and most memorable matches, feuds, and talent.

As of this writing, there have been a combined eleven AEW TNT Championship reigns – plus an additional interim champion – shared among six of AEW’s top stars. All of these champions offered something different when serving as the champion, elevating not only themselves but the championship and the challengers who stood before them as well.

Doing so has allowed for the continued integrity of the TNT Championship; AEW ran the risk of donning the ‘too many championships’ hat early into their history, but they’ve primarily booked each championship with the respect it deserves and, crucially, needs.

Scorpio Sky currently stands as the defending AEW TNT Champion in his second reign, but he’s just the latest in the great history of TNT Champions… 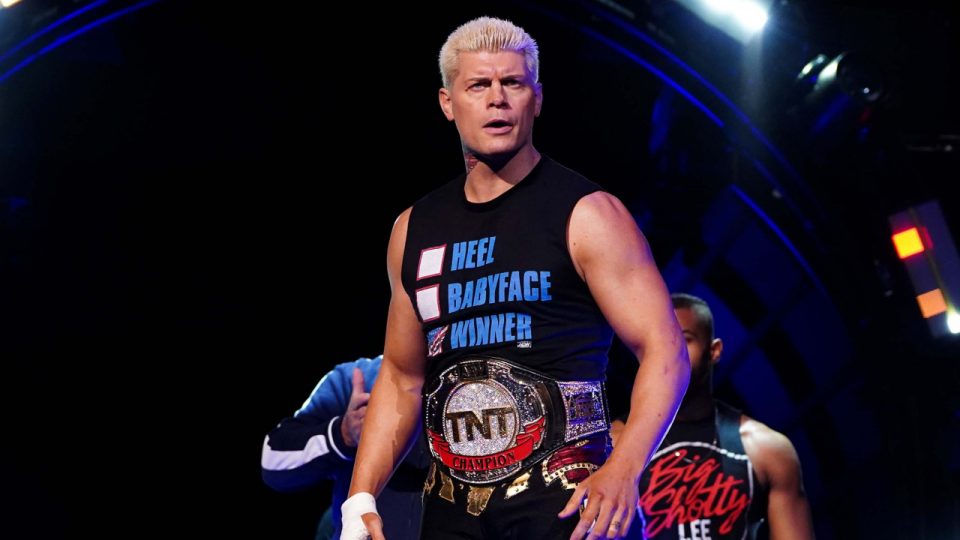 Cody Rhodes – or rather Cody, as he was simply known at the time – made history at the 2020 Double or Nothing pay-per-view, as he overcame a barrage from Lance Archer to win the inaugural AEW TNT Championship tournament. Arguably, there was no greater option to be the first champion for AEW’s proverbial secondary title.

Although he was an AEW Executive Vice President at the time, ‘The American Nightmare’ was befitting of the championship, as he proved through his continued weekly open challenges. It was during these challenges that he assisted the career trajectory of numerous flourishing AEW talents, such as Jungle Boy, Marq Quen, and the debuting Eddie Kingston and Ricky Starks, both of whom were snapped up by AEW following their performances vs. Cody.

Cody both lost and regained the TNT Championship against the late Mr Brodie Lee in the summer of 2020, with his most recent reign with the championship seeing him dethrone then-champion Sammy Guevara on the special Christmas Day edition of Rampage in December 2021. He would lose the championship back to Guevara on the Beach Break special of Dynamite this past January, which also served as Rhodes’ final match in the Tony Khan-helmed promotion before he announced his shock departure.

Though he’s now back under contract with WWE, Cody Rhodes has previously admitted his love and admiration for the AEW TNT Championship. A Q&A session on his Twitter from September 2021 saw the former WWE Intercontinental Champion call it “the best title in the game“, in response to a fan query regarding his next move after facing Malakai Black. 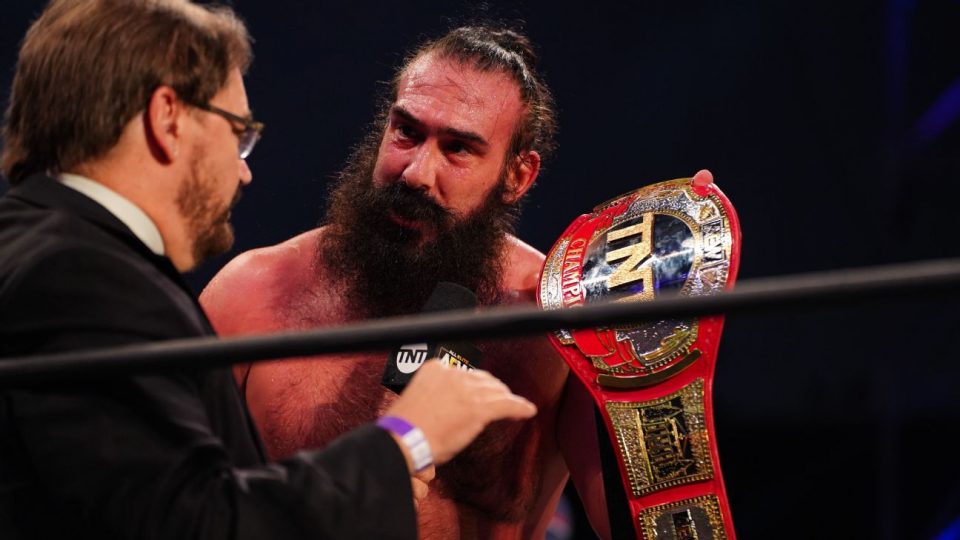 When you first think of the AEW TNT Championship, Mr Brodie Lee instantly comes to mind.

‘The Exalted One’ shocked the world when he quickly defeated Cody Rhodes in August 2020 to become the second TNT Champion in history, doing so in dominating fashion. Had the former Wyatt Family man pinned Cody in the allotted three minutes and ten seconds with, for example, a cheap rollup, then his whole aura would’ve been quickly diminished, but because he completely annihilated ‘The Prince of Pro Wrestling’, Brodie’s schtick instantly clicked.

Despite the success of his short-lived reign, Brodie Lee reportedly wasn’t originally scheduled to be the AEW TNT Champion. The late Dark Order member revealed on the AEW Unrestricted podcast:

“I believe that the original plan was for me to not become TNT Champion. I don’t know much, I’m not privy into the ins and outs, the nuts and bolts of it all, probably because I don’t want to be because if I have a thought in my head, I’ll quickly become married to it and then if something changes, I go insane. I try not to know too much and I kind of just live in the moment. I learned my lesson the hard way over many, many years, so I try to stay level-headed and not get too much information and receive things as they are presented to me.”

Brodie Lee’s reign ended when he was defeated by Cody Rhodes in a brutal Dog Collar match on the 7 October 2020 broadcast of Dynamite. This, sadly, was the final match of Brodie’s incredible career, as he tragically passed away just two months later. His legacy has lived on throughout All Elite Wrestling, with the red strap version of the TNT Championship being retired and awarded to Lee’s son and Dark Order member, Brodie ‘-1’ Huber. 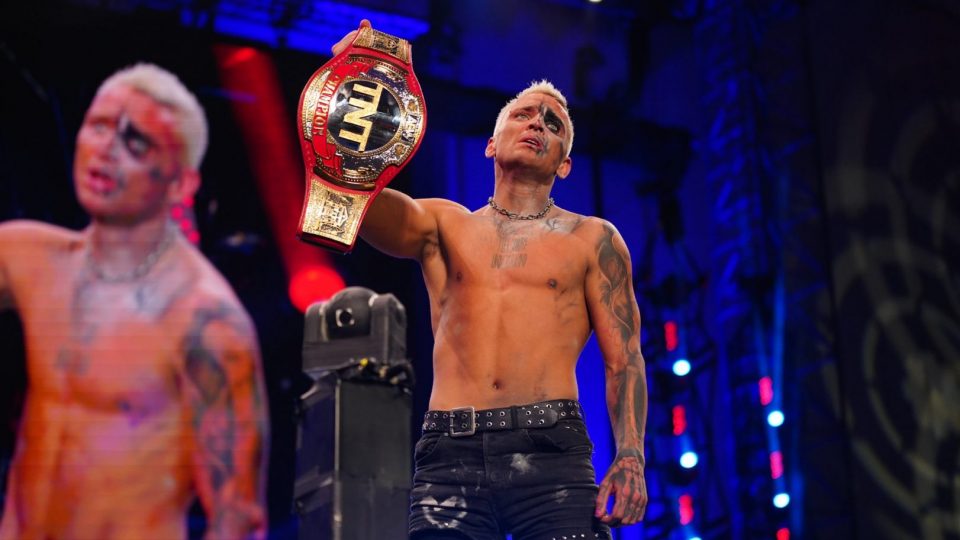 Darby Allin’s victory of the TNT Championship over Cody Rhodes saw the torch passed from the then-AEW EVP onto Allin. Darby, while an established veteran on the independent circuit, was always perceived as the nearly man in All Elite Wrestling. His matches with the likes of Chris Jericho and Jon Moxley put him on the map, but it wasn’t until his TNT Championship reign that he burst through the proverbial glass ceiling.

Upon doing so, the daredevil Darby was immediately established as a ratings draw. Some research undertaken by WhatCulture’s Andy H. Murray shows that during his series of gruelling championship defences between January and April 2021, viewership increased for six out of the seven possible contests. Only his outings with Joey Janela and JD Drake resulted in either no change or a decrease.

Viewership increases for 6 defences out of the eligible 7. One of the 3 most-watched quarters on the show for 6 weeks out of 7.

7 Apr was TakeOver week. 14 Apr spread over 2 quarters: I've used the one feat. the bulk of the match. pic.twitter.com/30pbZ8KLoN

Aligning with Sting in December 2020, Darby Allin’s loss of the TNT Championship in May 2021 to Miro came at just the right moment. He’d already peaked as champion; Tony Khan knew the time was right to remove the championship from his waist. That he remains one of the top stars in AEW proves he didn’t just increase viewership because he was the TNT Champion. 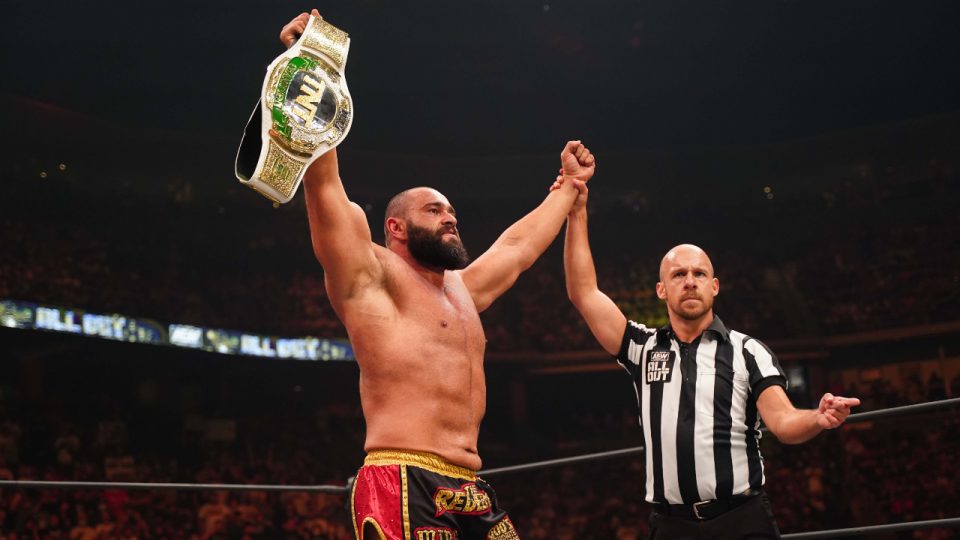 If you were asked to name the worst AEW TNT Champion, then Miro likely comes to mind. This was through no fault of his own, of course; it’s just that the TNT Championship has had such incredible reigns and matches from all of its other holders that causes the former Rusev to be an often forgotten champion.

‘The Redeemer’ ended the reign of Darby Allin just two weeks before the 2021 Double or Nothing pay-per-view, maintaining his grip on the championship until facing Sammy Guevara that September. Miro went through a chunk of the AEW roster while serving as champion, obtaining victories over Eddie Kingston, Lance Archer, and Dante Martin to name but a few over the six months he spent in possession of the TNT Championship.

It was during his reign as TNT Champion that Miro also completely reinvented himself, leaving ‘The Best Man’ schtick behind in favour of becoming ‘The Redeemer’ and ‘God’s Favourite Champion’. Miro spoke of the creative freedom provided by AEW during an interview with Gary Cassidy shortly after he debuted with the company:

“The biggest difference, as I said, the creative freedom, the freedom. The freedom is different. It’s there, but also the talent that we have in AEW is just unmatched, the styles that we have in AEW is unmatched. We have styles from all over the world. We don’t have one particular style, we don’t have one formula. We have every individual bringing their style of fighting, of performing, of wrestling. And we put that in AEW and we create the greatest professional wrestling show on Earth.”

Bar two matches where he replaced Jon Moxley in the semi-finals and finals of the AEW World Championship Eliminator Tournament last November, Miro hasn’t competed since dropping the TNT Championship to Sammy Guevara. He’s reportedly been filming a new series in Brooklyn, titled “East New York”, where he’ll portray the character of Nikolai Dushkin. When, exactly, he returns to AEW programming remains to be seen. 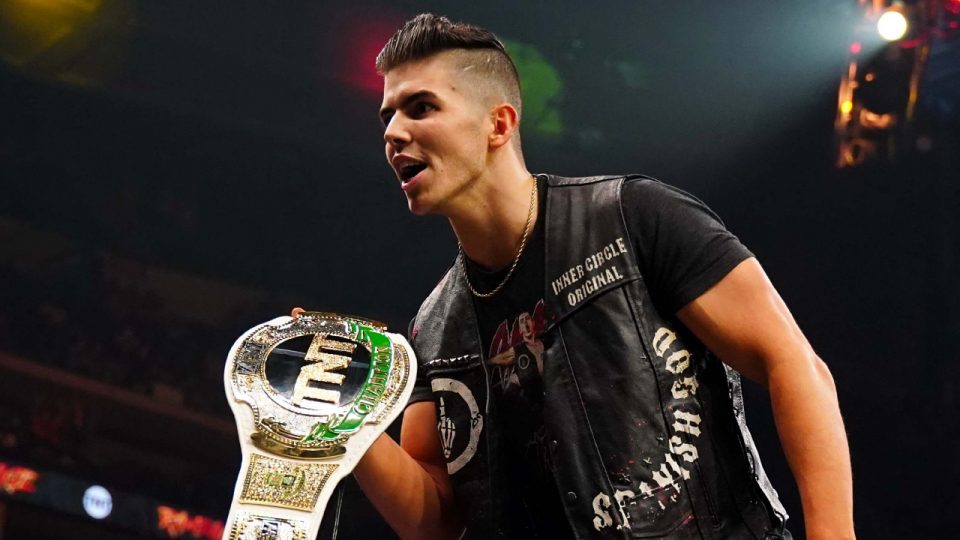 Number of reigns: 3 (plus one interim)

Sammy Guevara and the AEW TNT Championship have been inseparable since Guevara first lifted the championship from Miro in September 2021. With three official reigns and one interim reign to boot, the former Inner Circle man can be classed as a TNT Championship icon.

His series of matches against Cody Rhodes over the championship produced some of AEW’s best in-ring content in recent months, specifically, their Ladder Match from Dynamite’s Beach Break episode. The Wrestling Observer Newsletter’s Dave Meltzer awarded this particular outing the coveted five stars, reiterating the fact that this is essentially AEW’s Intercontinental Championship.

Although his popularity has declined in recent months, owing to his and Tay Conti’s unbearably in your face relationship, ‘The Spanish God’ remains a top fixture within the TNT Championship division. Defences against Jay Lethal, Andrade El Idolo, and former rival Darby Allin were all tremendously well-received, as was his initial championship win.

It was a deserved win for the AEW original to mark his first taste of gold in the company; it’s inevitable he’ll ultimately win the championship for a fourth time, whether that’s from Scorpio Sky or not. 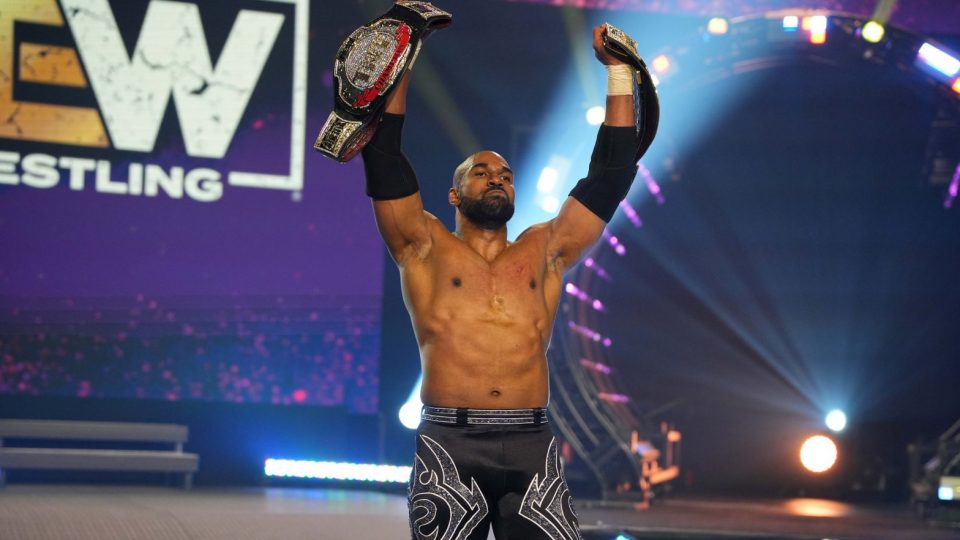 When Scorpio Sky first won the TNT Championship on the 9 March broadcast of AEW Dynamite, it came a year after he turned his back on the AEW fans, assaulting then-champion Darby Allin after failing to win the championship in his first crack at the title. It may not have been a case of AEW’s established long-term booking strategy, but it certainly came across as such in the best way possible.

‘The Face of the Revolution’ didn’t warrant a championship win in March 2021; in March 2022, however, it’s a different story. He was a semi-major star on AEW programming, thanks to his allegiance to Dan Lambert and American Top Team. His title win as a top heel rather than as a floundering babyface made perfect business sense.

The ‘hot potato’ situation surrounding Sky and Sammy Guevara’s constant title switches has drawn some criticism from AEW fans, but they’ve delivered just about enough in-ring-wise to justify it to an extent. Their recent Ladder Match, a stipulation seemingly mastered by Guevara in AEW, from the 27 April Dynamite – which saw Sky begin his second reign with the title – drew just one star less from Dave Meltzer than Sammy’s same-stipulation match with Cody Rhodes.

Scorpio Sky can deliver when he needs to, something that the TNT Championship has both made fans realise, and made long-time hardcore independent wrestling fans relearn.

AEW Dynamite airs every Wednesday Night and AEW Rampage airs every Friday night via AEW Plus on Fite TV.