In 1990, the WWF promoted four pay-per-view events for the second consecutive year. After a phenomenally successful half-decade, led by figurehead Hulk Hogan, the WWF attempted to establish a new superstar face in The Ultimate Warrior.

That experiment would fail and although 1990 was successful at the box office, it was not a standout year for in-ring quality. Which events delivered and which ones disappointed? This feature breaks down each one. 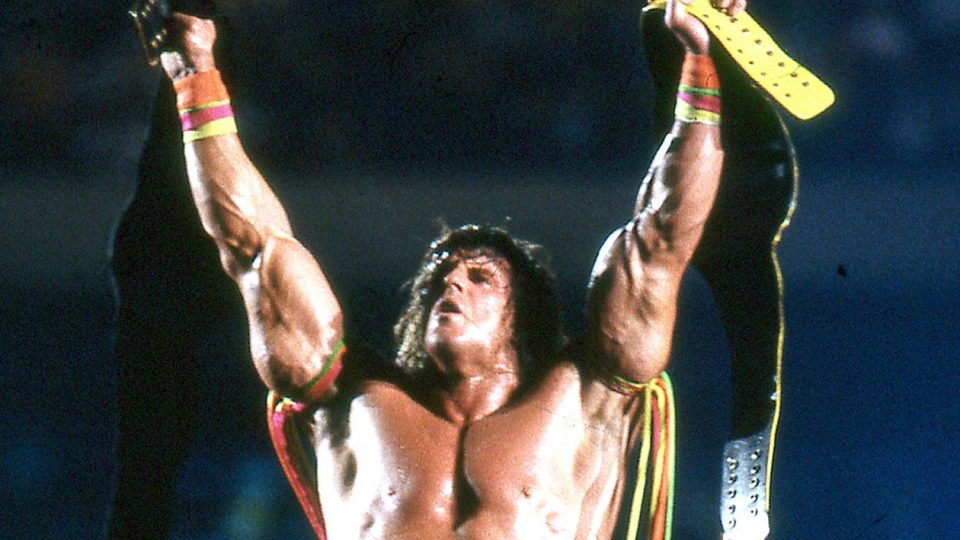 WrestleMania VI was a one match show. The card was entirely promoted around the first time dream match pitting Intercontinental Champion, The Ultimate Warrior against the WWF World Champion, Hulk Hogan.

Although the bout was only average from a workrate perspective, the crowd interaction and storytelling was superb. The atmosphere in the Toronto SkyDome was electric for everything each participant did. Hogan missed his patented Legdrop and fell victim to Warrior’s splash. Three seconds later and Warrior was the new WWF Champion.

The Hulkster famously stole the new champion’s spotlight as he handed the title to Warrior post-match. When the best bout of the night is only passable; it tells the story of the show. There were 14 matches on a bloated main card and most of the matches were too short to leave an impression.

Big Boss Man versus Akeem, Rick Rude versus Jimmy Snuka, Jim Duggan versus Dino Bravo, Rick Martel versus Koko B. Ware, Earthquake versus Hercules, The Hart Foundation versus The Bolsheviks and The Barbarian versus Tito Santana all lasted less than five minutes. Rowdy Roddy Piper donned blackface as he took on Bad News Brown in a clash that has been removed from the WWE Network for reasons that need no explanation.

Dusty Rhodes and Sapphire bested Randy Savage and Queen Sherri in a comedy bout which must have been a low point in both men’s legendary careers. There was nothing else of note on a lacklustre event.

The 1990 Survivor Series is best remembered for the debut of The Undertaker. ‘The Phenom’ managed by Brother Love was part of ‘The Million Dollar Team’ also featuring Ted DiBiase, The Honky Tonk Man and Greg Valentine. The heel team battled The Hart Foundation, Dusty Rhodes and Koko B. Ware.

The Undertaker wowed the live crowd in Hartford, Connecticut on his entrance. The tall, pale, imposing figure made an instant impression. He eliminated Koko B. Ware and Dusty Rhodes in impressive fashion. Rhodes pursued Love post-match and ‘The Deadman’ was counted out when he stalked ‘The American Dream’ backstage.

The rest of the bout rumbled on at a decent pace, with Bret Hart keeping the action moving. DiBiase last pinned Hart for the victory. ‘The Million Dollar Man’ was the sole survivor for his team. The rest of the card, regrettably, was a dud.

The Ultimate Warrior, Texas Tornado and The Legion of Doom beat Mr. Perfect and Demolition. The bout was a bit of a mess. The exchanges between Warrior and Perfect were the highlight. Warrior squashed Perfect and was the sole survivor for his squad.

Jake Roberts, Jimmy Snuka and The Rockers versus Rick Martel, The Warlord, Hercules and Paul Roma was an overlong bore. Shawn Michaels did his utmost to keep the match moving, but the bout was dominated by the silly Roberts versus Martel feud. The dastardly Martel sprayed his perfume ‘Arrogance’ into Roberts’s eyes which resulted in a furious Roberts chasing ‘The Model’ to the back. All of the heel team survived.

Hulk Hogan was the sole survivor for his team, which also featured The Big Boss Man, Tugboat and Jim Duggan. ‘The Hulkamaniacs’ defeated Dino Bravo, Earthquake, Haku and The Barbarian in what amounted to an extended squash.

Nikolai Volkoff, Tito Santana and The Bushwhackers versus Sgt. Slaughter, Boris Zhukov and The Orient Express is a contender for one of the worst matches of all time. Full of dreadful action and nonsensical booking, this was a deeply unsatisfying bout. Tito Santana was the sole survivor.

The 1990 Survivor Series also played host to the giant egg which hatched to reveal The Gobbledy Gooker. The Gooker bombed on arrival. Originally tagged to be the company’s mascot, he disappeared within weeks. In a never to be repeated gimmick, the main event attraction featured all the survivors from the evening’s previous matches conveniently divided among face and heel lines.

The Ultimate Warrior, Hulk Hogan and Tito Santana were outnumbered against the squad of Ted DiBiase, Rick Martel, The Warlord, Hercules and Paul Roma. Despite the disadvantage, Hogan and Warrior crushed the heels to end the night as the ultimate survivors.

With less filler on the card and the famous debut of The Undertaker, Survivor Series was a mild improvement on WrestleMania. However, it left much to be desired from an entertainment standpoint.

The return of Hulk Hogan dominated the promotion for SummerSlam 1990. Hogan had departed the WWF soon after WrestleMania to film Surburban Commando, in an angle which saw him squashed by Earthquake on The Brother Love Show. Hogan’s comeback somewhat overshadowed the actual main event of the show which pitted WWF Champion, The Ultimate Warrior versus his challenger, Rick Rude.

Hogan’s bout with Earthquake was dramatic and intense. The pair had the crowd lapping up the action even if it was basic in execution. The Hulkster won the match via countout. The lack of a definitive finish ensured the conflict would continue. Warrior and Rude clashed for the WWF Championship in a Steel Cage Match. Unfortunately, they failed to recapture the magic from their Intercontinental Title feud the previous year. The crowd had checked out after the Hogan match and the WWF Title match just didn’t click. The Warrior experiment wasn’t working. The ‘Hulkster’ was still the star of the WWF.

Underneath, there was a bonafide classic tag team encounter, pitting The Hart Foundation against Demolition. The Hart Foundation defeated the tag team champions in a two out of three falls bout that was crisp, exciting and dramatic. It was by far the match of the night. Randy Savage and Dusty Rhodes clashed in a contest which promised much, but delivered little. ‘The Macho King’ pinned Rhodes in just two minutes. ‘The American Dream’ succumbed so quickly when he was distracted by his valet, Sapphire selling out to ‘The Million Dollar Man’ Ted DiBiase. All angle and no action.

Elsewhere, there was little of note rounding out the card. ‘The Texas Tornado’ crushed Mr Perfect for the Intercontinental Title in a five minute squash. Power and Glory versus The Rockers, The Warlord versus Tito Santana, Jake Roberts versus Bad News Brown and Jim Duggan and Nikolai Volkoff versus The Orient Express were all complete duds. An improvement on WrestleMania, due to the legendary Tag Team Championship contest, but an underwhelming card overall.

The 1990 Royal Rumble was an outstanding event. One, however that underperformed on pay-per-view. The event pulled 260,000 buys, the lowest number since the previous year’s Royal Rumble show. The ‘Rumble match itself was the highlight. The match is best remembered for the first ever confrontation between WWF Champion, Hulk Hogan and Intercontinental Champion, The Ultimate Warrior.

The two top stars in the company stared down as the live crowd lost their minds. The pair exchanged shoulder blocks and smashed each other with simultaneous clotheslines as the fans lapped it up. Ultimately, the match came down to Hogan and Mr Perfect, who were feuding at the time. The ‘Hulkster’ tossed out Perfect to win the bout.

Underneath, Greg Valentine and Ronnie Garvin contested a Submission Match that would have been more at home on a 1980s NWA card. Super stiff and intense, it was a phenomenal contest. Garvin forced Valentine to submit with a Sharpshooter. The rest of the show was not as strong as the top two matches. The Big Boss Man and Hacksaw Jim Duggan fought to a cheap disqualification. That was a disappointment as the bout was decent. Brutus Beefcake versus The Genius and The Bushwhackers versus The Fabulous Rougeaus were every bit as lame as they sound on paper. Despite a lacklustre undercard, the best matches on the show were classics of the era.

Without question, the 1990 Royal Rumble was the finest WWF supercard of the year.