1989 was the first year that the WWF promoted four pay-per-view events. They were the Royal Rumble in January, WrestleMania in April, SummerSlam in August and Survivor Series in November.

1989 was a hugely successful year at the box office for the company but how did the events measure up from an in-ring and entertainment standpoint? This feature ranks each WWF pay-per-view from 1989. 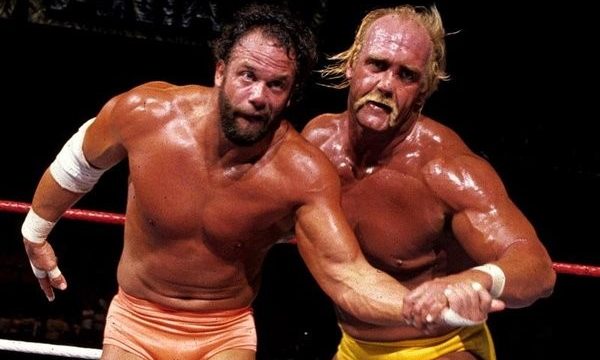 WrestleMania V was built around one match. The WWF Championship bout pitting the challenger Hulk Hogan against the reigning champion, ‘Macho Man’ Randy Savage. This match was the culmination of an expertly paced year long storyline in which Savage became increasingly paranoid that his Mega Powers tag team partner, Hogan had eyes for his real-life wife, Miss Elizabeth.

The Mega Powers finally exploded on The Main Event special on February 3, 1989. During the pair’s match versus The Twin Towers, Savage accidentally collided with Elizabeth knocking her unconscious. Hogan carried her to the back to get medical attention, which resulted in the ‘Macho Man’ decking ‘The Hulkster’ and setting up their WrestleMania headliner.

Another significant bout on the show was the Intercontinental Championship battle between defending champion, The Ultimate Warrior and Rick Rude. In one of Warrior’s best matches, he was shockingly pinned by ‘The Ravishing One.’ That result set up a re-match at SummerSlam.

The rest of the card was overpopulated with short filler matches which were ultimately meaningless. The exceptions were an entertaining bout pitting The Rockers versus The Twin Towers team of the Big Boss Man and Akeem and a choice scrap between Mr Perfect and The Blue Blazer (Owen Hart).

Everything else failed to leave a lasting impression. None of that mattered to the WWF’s bottom line however. WrestleMania was the company’s most profitable show in history at that point pulling a mammoth 767,000 orders on pay-per-view.

1989 marked the first year that the Royal Rumble occurred on pay-per-view. The previous year, it had been a television special on the USA Network.

The 1989 Royal Rumble Match itself increased the participants from 20 to 30. It was an encounter full of intrigue and memorable moments. Ax and Smash of Demolition were entrants one and two and squared off for the first time. The discord that had been brewing between Hulk Hogan and Randy Savage escalated when the ‘Hulkster’ accidentally eliminated his tag team partner while dumping out Bad News Brown. Veteran, Big John Studd last eliminated Ted DiBiase to win the ‘Rumble.

Elsewhere, the undercard featured a good bout pitting The Hart Foundation and Hacksaw Jim Duggan against The Fabulous Rougeou’s and Dino Bravo in a two out of three falls six man tag team battle. Rounded out the card were average bouts pitting King Harley Race versus Haku and Women’s Champion, Rockin’ Robin versus Judy Martin.

However, all anyone was interested in was the main event and that bout delivered in spades. 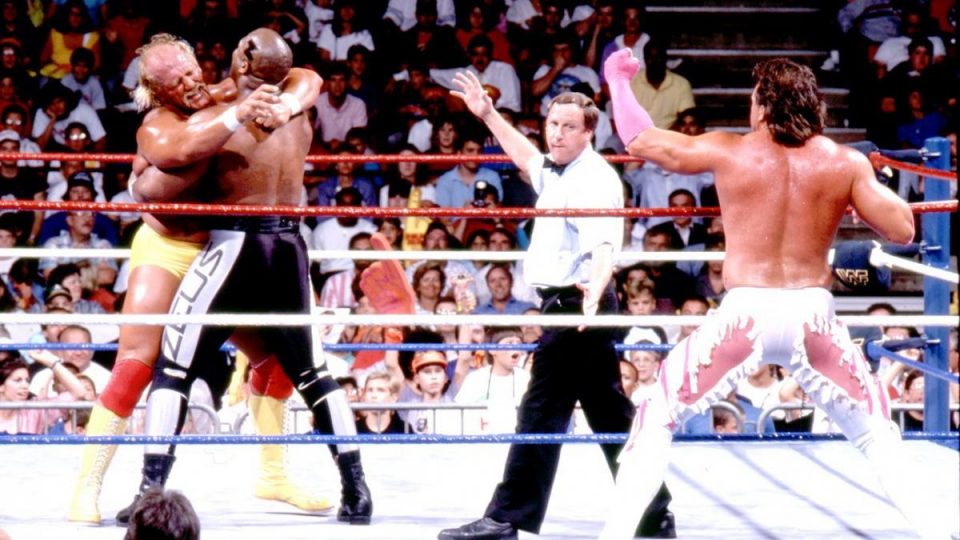 SummerSlam was a phenomenal success on pay-per-view. It pulled an astonishing 625,000 orders. The show was also excellent from an in-ring standpoint as well.

The headliner pitted Hulk Hogan and Brutus ‘The Barber’ Beefcake versus ‘Macho Man’ Randy Savage and Zeus. Zeus was Hogan’s co-star in the movie, No Holds Barred and in storyline had become jealous of the ‘Hulkster’ during filming. Zeus then invaded the WWF to take Hogan out. It was nonsense of course, but Hogan sold the threat so well that it captured the public’s imagination. The match was average but the heat was unreal. Hogan pinned Zeus with his familiar routine after bashing him with Sensational Sherri’s loaded purse.

Underneath, The Brain Busters defeated The Hart Foundation in a superb bout. Another excellent tag team battle saw The Rougeau’s team with Rick Martel to overcome the babyface squad of The Rockers. Elsewhere, The Ultimate Warrior met Rick Rude in a re-match for the Intercontinental Championship. This bout was on a par with their WrestleMania battle. ‘The Ravishing One’ carried Warrior to another commendable effort. This time, Warrior regained the strap after his traditional slam and splash combination.

There were some disappointments on the show. Most notably, the six man tag team bout pitting The Twin Towers and Andre ‘The Giant’ against Demolition and Jim Duggan was a sluggish, slow paced affair. Also, Dusty Rhodes versus The Honky Tonk Man was another overlong chore. Honky spent far too much time on offence and slowed the match down. Rhodes eventually won with his patented Bionic Elbow.

The rest of the card was made up of short filler bouts such as: Mr Perfect versus The Red Rooster, Greg Valentine versus Hercules and Jimmy Snuka versus Ted DiBiase. Due to their brevity, none left a lasting impression. However, as an overall card, SummerSlam 1989 was a very good show by the standards of the time.

Survivor Series was the WWF’s final pay-per-view of 1989. The company saved the best ’til last. The card was made up entirely of Survivor Series eight-man tag team battles.

The King’s Court squad of The ‘Macho King’ Randy Savage, Earthquake, Dino Bravo and Greg Valentine defeated The 4×4’s team featuring Jim Duggan, Bret ‘Hitman’ Hart, Ronnie Garvin and Hercules. Much like the opener, this was another sterling effort aided by workhorses Savage and Hart. Savage, Bravo and Earthquake all survived.

Hulk Hogan appeared in the middle of the card to give The Ultimate Warrior the starring role on the show. The Hulkamaniacs team of Hogan, Jake ‘The Snake’ Roberts and Demolition bested The Million Dollar Team of Ted DiBiase, Zeus and The Powers of Pain. This was another solid effort that saw ‘The Hulkster’ pin DiBiase to be the sole survivor for his team.

In the semi-final spot, Roddy Piper’s Rowdies team consisting of Piper, Jimmy Snuka and The Bushwhackers were defeated by The Rude Brood, featuring Rick Rude, Mr. Perfect and The Fabulous Rougeau’s. Another excellent battle, held together by Perfect and Rude’s fabulous offence and selling. Perfect, who was heading for a programme with Hulk Hogan was the sole survivor.

The headliner saw The Ultimate Warriors team of The Warrior, Jim Neidhart and The Rockers clash with The Heenan Family consisting of Bobby Heenan himself, Arn Anderson, Andre ‘The Giant’ and Haku. This bout existed as a showcase for Warrior and he did not disappoint. Warrior smashed through Anderson and Heenan to win the bout. He was the sole survivor for his team.

The Ultimate Warrior would soon clash with Hulk Hogan in the headline attraction at WrestleMania VI. This Survivor Series clash demonstrated Warrior could compete in main events. Survivor Series rounded 1989 off on a high note. Five superb matches highlighted a terrific event in a hugely successful year for the Federation.