ECW’s Shane Douglas won the NWA World title, then denounced the belt in favour of the ECW World title and the Hardcore Revolution began. Between 1994 and the company’s demise in early 2001, ECW played host to an incredible amount of Hardcore matches.

This list details the most brutal encounters of them all. 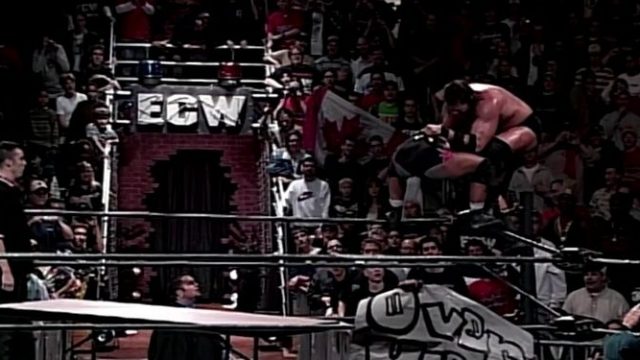 In late 1999, ECW World Champion, Mike Awesome and his Japanese nemesis, Masato Tanaka engaged in one of the hottest feuds in wrestling that year.

Their matches always consisted of brain rattling chair shots and spectacular table bumps. Their title clash at November To Remember was the most memorable of them all.

Awesome performed breath-taking aerials for a six feet six inch giant, including a tope and springboard plancha. The pair smashed each other with scarily brutal chair shots and repeatedly put each other through tables. The finish came when Awesome hit a top rope power bomb on Tanaka.

An incredible display of violence that retains it’s power over two decades later. 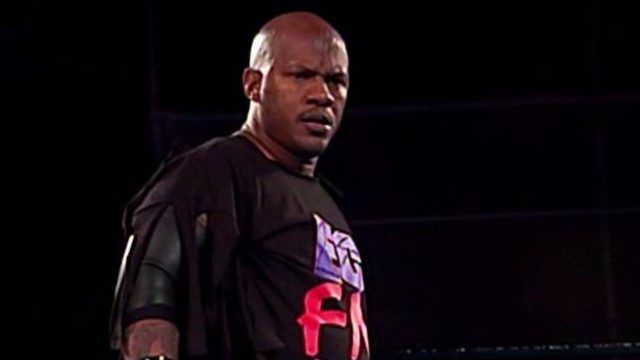 When it comes to brutality, one need not look further than this ill fated bout.

New Jack and Vic Grimes were contesting an average brawl when the pair ascended a scaffold. Two tables were set up underneath them but a miscommunication between the pair led to a near fatal accident.

Jack fell feet first through one of the tables, with the 400 Ibs Grimes falling on top of him. Jack’s head was sandwiched between the mammoth Grimes and the hard concrete floor. ‘The Original Gangsta’ sustained brain damage, a skull fracture, a broken leg and was permanently blinded in his right eye. 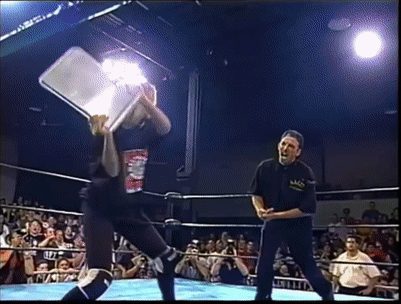 An intergender tag team bout between Rob Van Dam and his manager, Bill Alfonso versus Tommy Dreamer and his wife, Beulah McGillicutty doesn’t sound particularly brutal on paper. However, in practice it was one of the bloodiest bouts in ECW history.

After Dreamer got taken out by RVD and Sabu, ‘Mr Monday Night’ left his partner alone with Dreamer’s missus. In a crazily entertaining sequence, Fonzie was busted open and bled all over the ring canvas. Beulah smashed him with an oven tray, before performing her husband’s move-set including a DDT and low blow. Alfonso tried to powerbomb Beulah but she reversed with a hurricanrana and pinned the former referee for the victory.

An absolute bloodbath of a match that was far better than it had any right to be. One of the most infamous matches in ECW history.

Throughout the history of ECW, Rob Van Dam and Sabu were either close allies or fierce rivals.

Back in 1996, the pair were bitter enemies and engaged in a succession of classic match-ups but none more brutal than the chairs and tables spot fest at The Dr Is In event. The winner of the bout was the man who could place the other on a stretcher.

After a feeling out process, both men hit each other with everything they had with brain rattling chair shots. The most memorable moment saw RVD reverse a triple jump DDT attempt from Sabu with a fishermen buster through a table. As the match marched towards a conclusion, Sabu attempted a triple jump moonsault but was smashed with a chair on his descent.

That was enough to place Sabu on a stretcher but the cocky ‘Whole ‘Dam Show’ jumped off the top rope with a somersault senton and landed on the side of the stretcher with only the concrete floor breaking his fall. Fortunately for Sabu, he had crawled off the stretcher and a motionless RVD was wheeled out instead.

A stunning, brutal array of spots that pre-dated WWE’s TLC bouts by four years and demonstrated how ahead of its time ECW was. 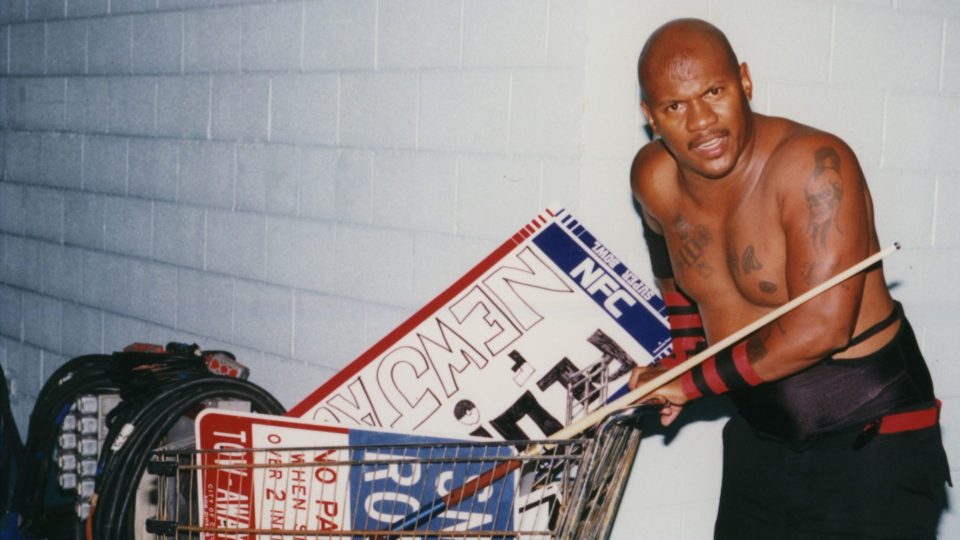 One of the most infamous and most violent events in wrestling history took place on an ECW House Show.

When Axl Rotten no-showed a scheduled tag team bout, pitting him and D’Von Dudley versus The Gangsta’s (New Jack and Mustafa Saed), an untrained 17-year-old backyard wrestler called Mass Transit was drafted in to replace him. Mass Transit managed to convince ECW booker, Paul Heyman, that he had been trained to wrestle by the legendary, Killer Kowalski and was 21 years of age.

Given the opportunity of a lifetime, the youngster was determined to make a lasting impression. He did so, but not in the way he had envisaged. In order to make the bout memorable, Transit requested New Jack blade him but ‘The Original Gangsta’ had earlier felt disrespected by his opponent and cut him too deeply which caused the 17-year-old to bleed excessively. Transit was rushed to hospital and required 50 stitches to close the wound.

Jack was charged with aggravated assault and battery after the match which highlighted the gravity of the injuries he had inflicted on his opponent. Jack was later acquitted but the incident left a stain on ECW’s image.

You know what to expect from a No Rope Barbed Wire Match and at Born To Be Wired 1997, no-one was disappointed.

Sabu and Terry Funk repeatedly shredded each others skins with the barbed wire. What’s more, Sabu actually tore his bicep open in a sickening scene. ‘The Homicidal, Genocidal, Suicidal, Death-Defying’ Sabu lived up to his reputation, when he taped up his injured arm and continued the match.

Sabu’s manager, Bill Alfonso was completely busted open by Funk’s fist wrapped in barbed wire. The finish came when Sabu somehow managed to pin the ‘Funker’ whilst both men were entangled in the wire.

Speaking of sickening violence, not much tops a Tapei Death Match. The rules of which highlight the brutality of what was to come when ‘brothers’ Ian and Axl Rotten clashed at Hardcore Heaven 1995.

The Rotten’s had their fists taped up and shards of broken glass glued to them. They then proceeded to beat each other senseless. Predictably, a bloodbath ensued. If faces being ripped apart by broken glass wasn’t brutal enough, thumb tacks were also introduced into the fray. The finish came when Axl backdropped Ian onto them then hit a splash to earn the victory.

Possibly, the least watchable ECW bout in history due the sickening blood loss on display. This bout was as brutal as they come.

You can watch ECW events and matches exclusively on the WWE Network.