For the first time in its 35-year history, the WarGames match is to be promoted on the WWE main roster. The announcement, made by WWE Chief Content Officer Paul ‘Triple H’ Levesque, was greeted with excitement, intrigue, and surprise.

Why, exactly, WWE had refrained from bringing the popular match to Raw and SmackDown until now is unknown. They obtained the rights to the match in March 2001 upon completing the purchase of World Championship Wrestling but, unlike the vast majority of WCW-created match types, the WarGames match was one actually worth bringing out of retirement.

Despite its few years of use in NXT, which added some legendary matches to the already-iconic history of the stipulation, a main roster WarGames match has been something clamoured for by faithful fans for years. Storylines involving stables such as The Nexus and The Authority would have benefitted from having a WarGames match – it would’ve added much-needed intensity to their SummerSlam 2010 and Survivor Series 2014 matches, respectively, rather than dire, stretched-out elimination matches.

Prior to the announcement of WarGames coming to Survivor Series this November, the match had been used for major feuds within NXT, held as an annual event in late November/early December since 2017. NXT, particularly between 2017-2020 when Triple H was leading the charge, did spectacular things with the stipulation; 2021 was a delightful attraction too, albeit not directly overseen by ‘The Game’. Fans trust Triple H to honour the stipulation.

But which rivalries could encompass the 2022 WarGames matches? There are more options than directly spring to mind. Anything involving The Bloodline and Damage CTRL typically dominates conversations, given WWE’s booking of the two key stables. However, there’s also Imperium, The Brawling Brutes, The Judgement Day, possibly Legado Del Fantasma, and countless other options for WWE to send into war. Stables aside, singles rivalries like Seth ‘Freakin’ Rollins vs. Matt Riddle could be rounded out to justify the stipulation.

Choosing just five dream scenarios near impossible, given the depth of the Raw and SmackDown rosters right now – but that’s precisely what we’ve done for you today… 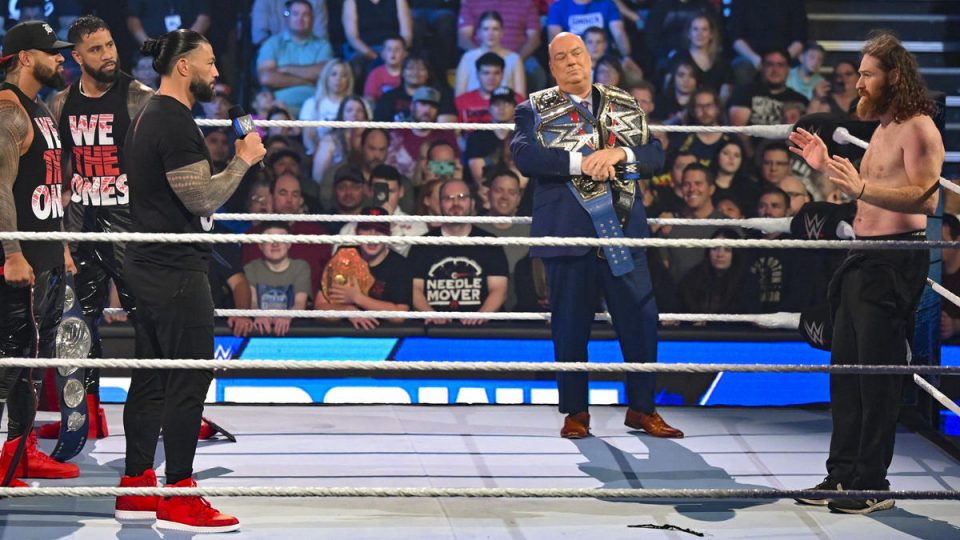 Regardless of who they’re facing, the general consensus remains the same; The Bloodline are WarGames bound.

The Bloodline vs. well, anyone is THE reason for bringing WarGames to the main roster. The Roman Reigns-helmed faction has dominated proceedings on Friday Night SmackDown and, with the odd appearance for the group on Monday Night Raw too, now’s the perfect time to create a rift within the group – and that surrounds Sami Zayn.

Sami Zayn is eventually going to be eliminated from The Bloodline. While the intrigue of just how far Roman Reigns and co. can endure the antics of ‘The Honorary Uce’ could easily provide another few months of programming, it may be right to pull the trigger on the story’s next step ahead of Survivor Series WarGames. Then, you get the endless potential of what a Sami Zayn-led unit could produce in the two-ring environment, plus it sets him up nicely as a contender to win the 2023 Royal Rumble winner.

Add Drew McIntyre, Kevin Owens, and Johnny Gargano by Zayn’s side to provide an even fight. Drew still has unfinished business to attend to with The Bloodline following Solo Sikoa’s involvement at Clash At The Castle, while Owens and Zayn back on the same page sends them down the route of possibly dethroning The Usos of the Undisputed WWE Tag Team Championships. Gargano, if not for his recent alignment to ‘The Prizefighter’, should be here solely because he’s a proven WarGames master. 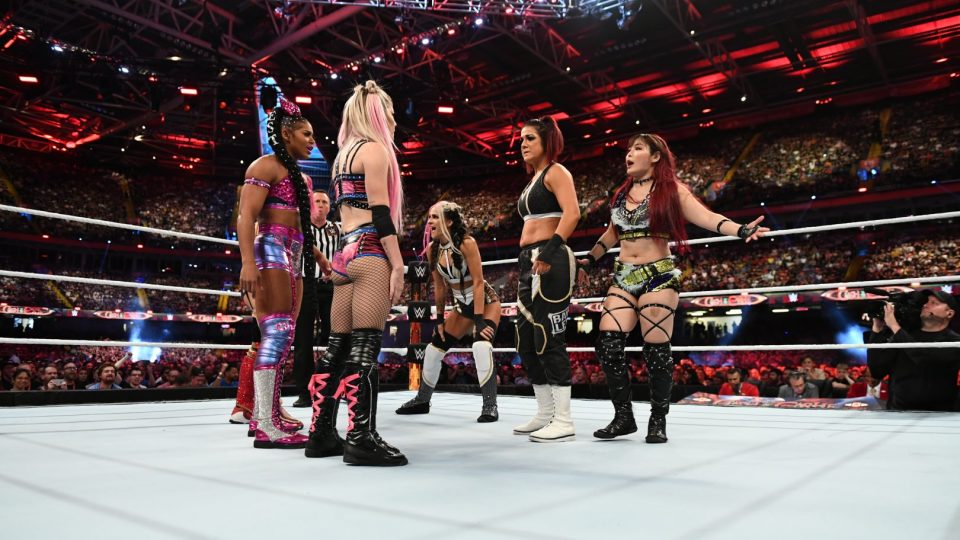 Over on the women’s side of things, Damage CTRL follows a similar path to The Bloodline in that it’s very clearly going to be them vs. someone inside WarGames, though this one seems entirely more obvious – they’ll stand across from Bianca Belair, Alexa Bliss, and Asuka, stemming from their marvellous Clash At The Castle show-opening collision.

Although these six could easily handle the pressure of delivering inside WarGames, the match is traditionally four vs. four. Candice LeRae seems a safe bet to side with Belair, Bliss, and Asuka, given how she stood with the trio in a backstage segment from Raw’s 26 September broadcast. As for Damage CTRL, there are a couple of possibilities, Charlotte Flair being one of them, solely for the reason that it’s a first-time-ever situation. Of course Charlotte’s in the conversation.

However, Indi Hartwell may make more sense in the long haul. The former NXT Women’s Tag Team Champion held those very titles with Candice LeRae so with ‘The Poison Pixie’ now on the main roster, it may be time for Hartwell to stop twiddling her thumbs in NXT.

Bayley even spoke of the possibility of adding a fourth Damage CTRL member during a recent interview with The Wrestling Classic, directly naming Indi Hartwell:

“Fourth partner, I guess I’m gonna have to go with Indi [Hartwell]. We spent a lot of time together and she knows how my big ol’ brain up here is working and where I’m at right now in my career. She’s a ride-or-die, you know. She’s there because of the match I had, so I know she’s gonna go into war with me” 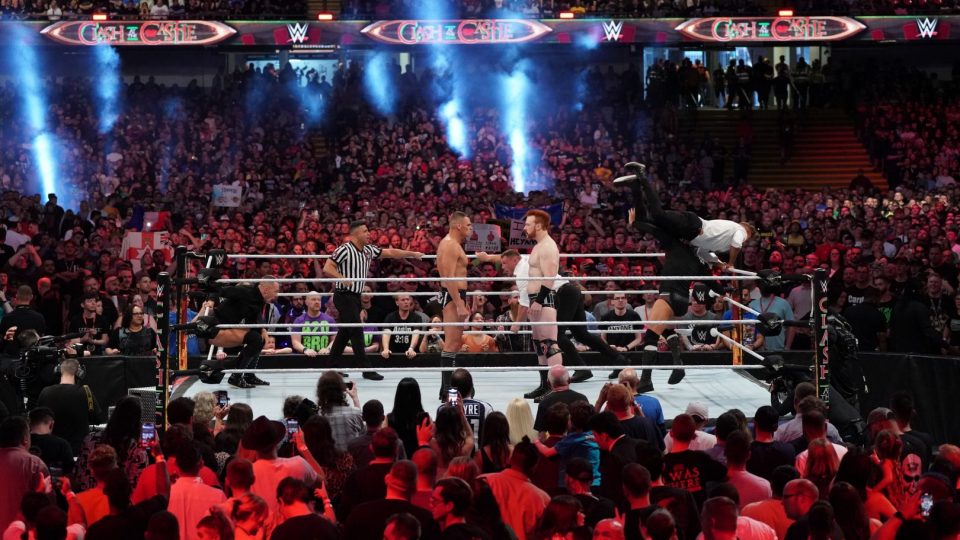 WWE may want to avoid stretching out the Imperium vs. Brawling Brutes saga past Extreme Rules so as to not overdo it – but it’s the perfect scenario for WarGames.

A three-versus-three match isn’t typical of WarGames, hence the inclusion of Timothy Thatcher and Drew McIntyre on their respective sides. Thatcher, though never an Imperium member, was part of the group’s original independent incarnation, Ringkampf; right now, he isn’t exactly lighting the scene on fire. A return to a Triple H-helmed WWE would ignite a resurgence in his career trajectory.

As for Drew McIntyre, he’s lingering about following his shock loss to Roman Reigns at Clash At The Castle, and has now lost a Strap match to Karrion Kross at Extreme Rules. Unless for some strange reason the McIntyre/Kross saga extends past the 8 October premium live event, ‘The Scottish Warrior’ should be rivalry-free in time to join up with The Brawling Brutes, ideally doing so as a mark of respect towards Sheamus following their epic collisions over the years.

It may not be the most obvious choice for a main roster WarGames match, given the far more important possibilities surrounding The Bloodline and Damage CTRL, but these four inside a caged two-ring environment would add legitimacy to the stipulation. 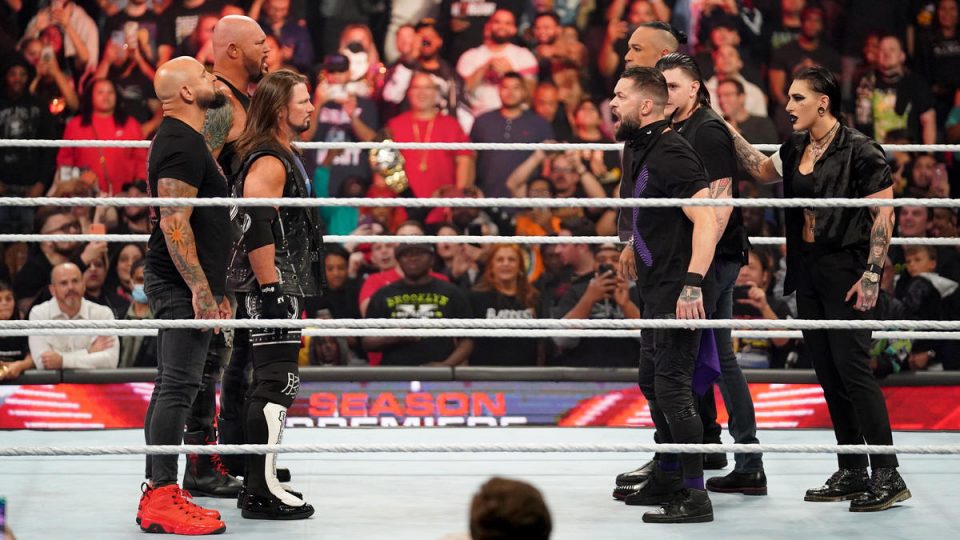 Again, this may not be an obvious choice to host the main roster’s first WarGames match – but it would be EXCELLENT.

At present, Karl Anderson and Luke Gallows have only just returned to WWE programming, reuniting with their old pal AJ Styles on the Raw season premiere to aid him in his war against The Judgement Day. An all-out war ensued between the two factions, but a key factor, as even displayed in the above image, is that Rhea Ripley didn’t take part. ‘The Eradicator’ was removed from a Money in the Bank bout vs. Bianca Belair through injury, and is yet to return. She may still be injured but if not, she needs to be involved here.

Doudrop is the perfect fit to join up with AJ Styles, Karl Anderson, and Luke Gallows for the occasion. Outside of a returning face or an NXT call-up filling the slot, the former Piper Niven possesses the right fighting style displayed during The OC and The Judgement Day’s aforementioned Raw brawl; if not her, Rhea Ripley would have been a solid contender, had she not already been in The Judgement Day.

WWE knows they have to do right by Karl Anderson and Luke Gallows this time. Putting them inside WarGames, trusting them with that stipulation after NXT has spent a few years bringing prestige to it for a modern audience, is respectable. If they deliver alongside AJ Styles and The Judgement Day is a different question. 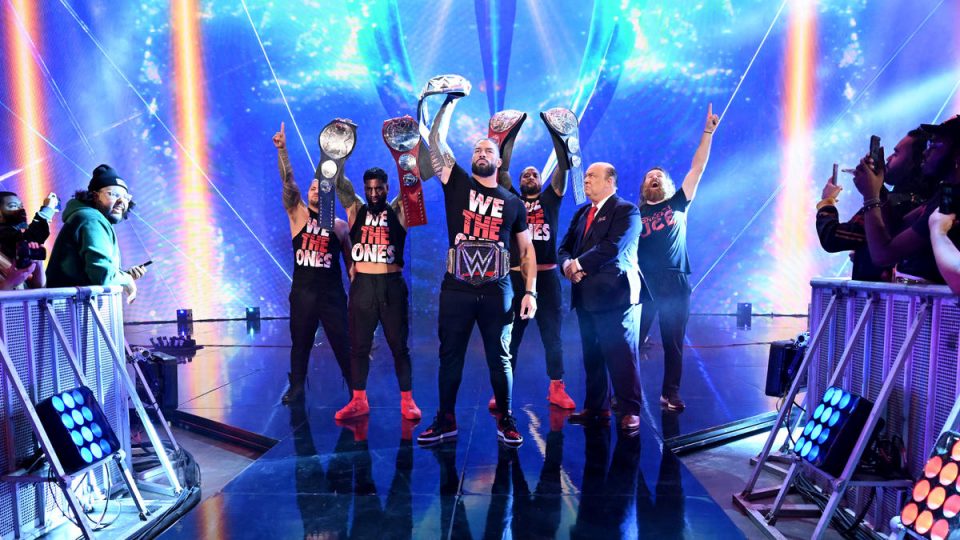 If, and only if, Sami Zayn remains a part of The Bloodline by the time 26 November rolls around, WWE should promote the ultimate WarGames match to end all WarGames matches. Though they’ve exclusively used four vs. four variations of the match – outside of 2017’s three vs. three vs. three encounter – WarGames matches of the past have included more participants, but never since 2000. Why should The Bloodline and opposition be excluded from doing what The Harris Brothers and KroniK could?

If Roman Reigns laces up his boots for the event, then the entirety of the Reigns-helmed group should enter WarGames. They’ve been at the core of WWE’s biggest and most acclaimed story since 2020 when Reigns first became ‘The Tribal Chief’; a number of high-ranking WWE Superstars have been seen off by Roman in this time, which is where the opponents factor in.

A squad of Brock Lesnar, Drew McIntyre, Edge, Braun Strowman, and Bray Wyatt seems so outlandish that it almost makes sense for them to go against The Bloodline. Roman Reigns has thwarted challenges from all five since his blockbuster SummerSlam 2020 comeback, making an ultimate dream time of past foes the greatest option to face him and his family, plus Sami Zayn.

It’s the most Vince McMahon idea imaginable – but Triple H would be foolish to think otherwise.

Who do YOU want to see enter the first main roster WarGames matches? Head over to the Inside The Ropes Twitter account and tell us. Meanwhile, you can catch all WWE programming via Peacock in the United States and the WWE Network elsewhere.