The match ratings of Dave Meltzer have become a staple for professional wrestling fans. His expertise mixed with his many years of coverage give his ratings more value than any in all of wrestling coverage. Here we look at all of Dave Meltzer’s 5 star ratings from 2020.

In one one of the weirdest years for wrestling – and the rest of the world – the COVID-19 pandemic forced nearly every wrestling promotion to stop running shows or continue with no crowds in attendance.

Dave Meltzer’s ratings show that there was a major gap from February to September in terms of top match rating really reflects the stoppage in place. That being said, there were still some special bouts that Meltzer rated 5 stars or above. 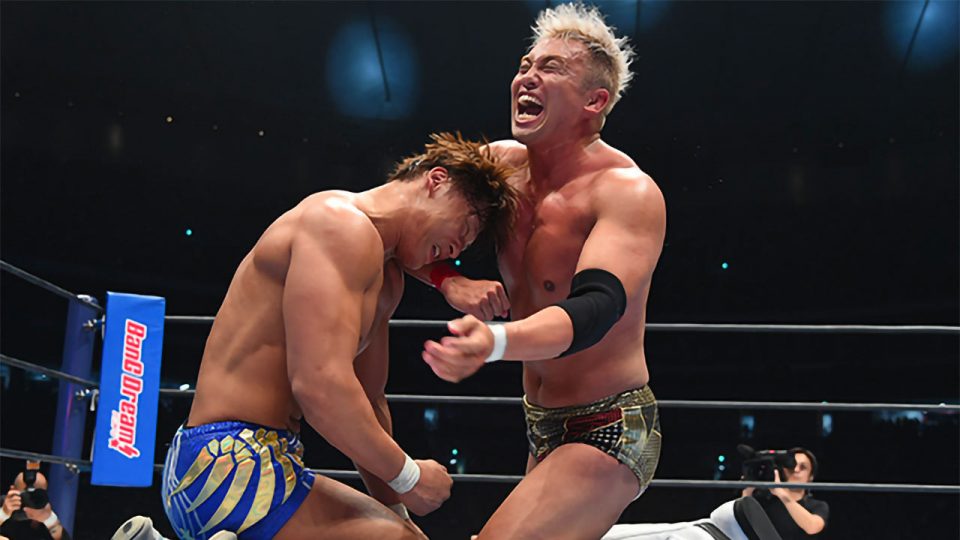 This was the first time that the event would span over two days, with the Double Gold Dash as the highlight of the show. The Double Gold Dash would see both the IWGP Heavyweight and Intercontinental Championships be on the line on Day 1, with the winners of those matches going on to Day 2 to unify the two titles.

These two, as one would imagine, had an epic battle. The match lasted just under 40 minutes with Okada coming out on top in what felt more survival than anything else. Both men hit their best shots in a match that Dave Meltzer would rank 5.75 stars. It was another occasion where an Okada-Tokyo Dome main event would rank as one of the best matches all year. 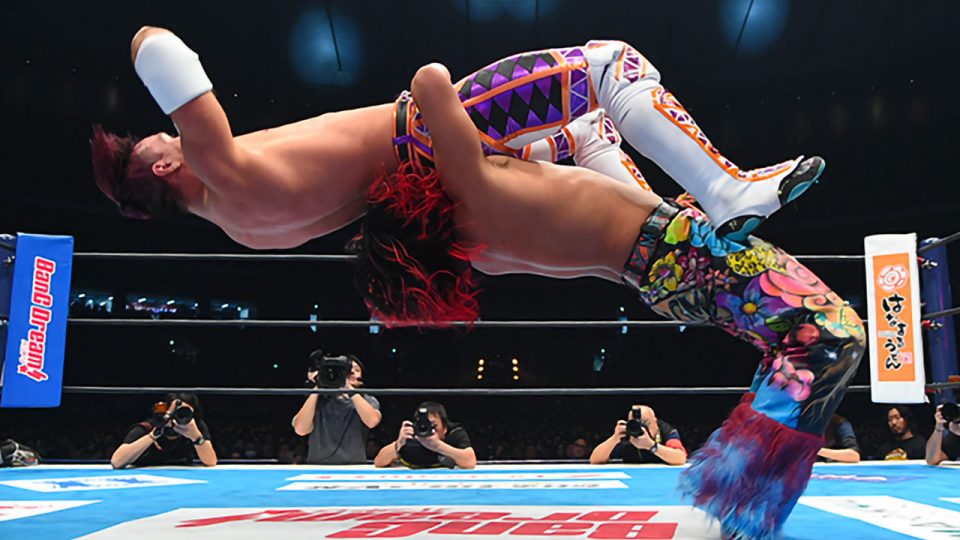 NJPW’s Junior Heavyweight division has been one that has given multiple “match of the year” candidates in years past. And 2020 was no different, as IWGP Junior Heavyweight Champion Will Ospreay faced off with the former champion and recently returned Hiromu Takahashi.

As only these two could do, they stunned audiences everywhere with a rapid pace mixed with devastating strikes. There was a sense of urgency from both men with Ospreay trying to prove he was the new ace of the Junior division while Takahashi tried to reclaim his spot.

Ultimately, it was “The Ticking Time Bomb” Takahashi who would take back the championship in another incredible match between these two men. 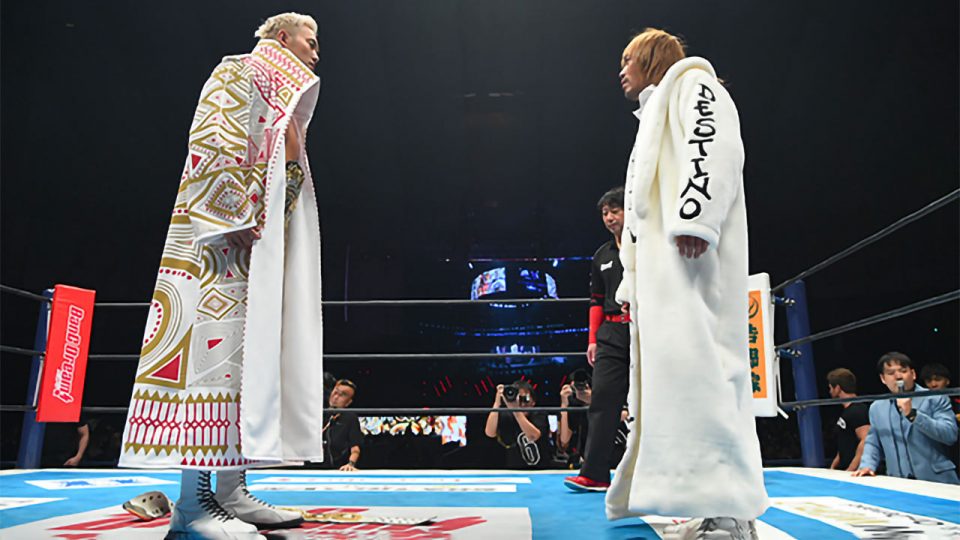 Following the results of Day 1, Kazuchika Okada and Tetsuya Naito would go on to the historic Double Gold Dash main event on Day 2 of Wrestle Kingdom 14.

Considering their past encounters, the road that it had taken Naito to get to this point, and the overall greatness of Okada in these main events, it was nearly a guarantee to be nothing short of great. And that it was, as Naito acquired his crowning moment by pinning Okada via Destino in the middle of the ring.

Naito would hold both the IWGP Heavyweight and Intercontinental Championship high above his head as fans celebrated the moment that had waited for years to see in him. 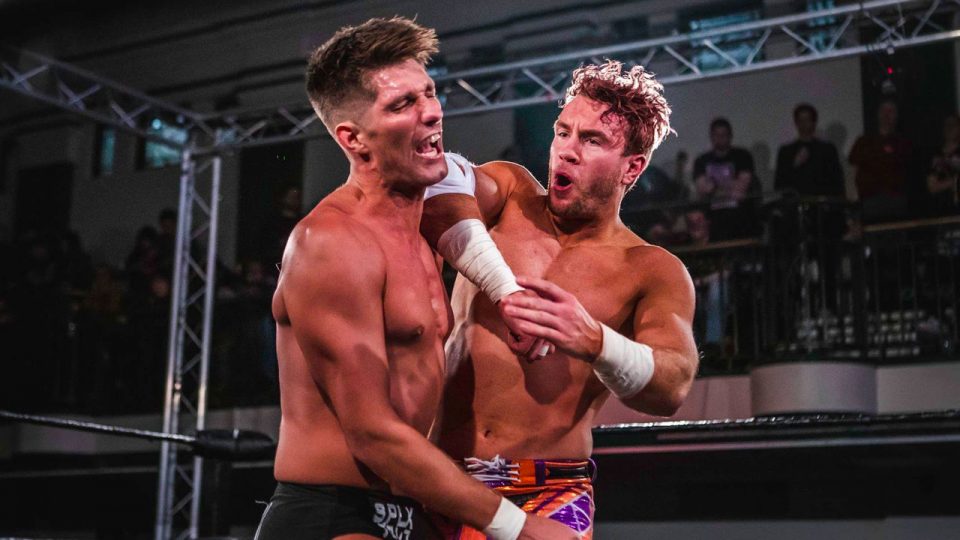 The rivalry of Zack Sabre Jr. and Will Ospreay is one of major implications that seemingly has a new chapter added every single year. In 2020, it was all about the RevPro Undisputed British Heavyweight Championship.

The champion, Sabre Jr., and his incredible grounded technical style have always been a great counterpart for Ospreay’s high-flying prowess. But by this time, Ospreay’s own style had become far more grounded, leading to him becoming an overall better performer.

This match saw both men shine as they often do against each other before Ospreay was able to grab the winning fall. The championship was his and another great bout was complete between the two rivals. 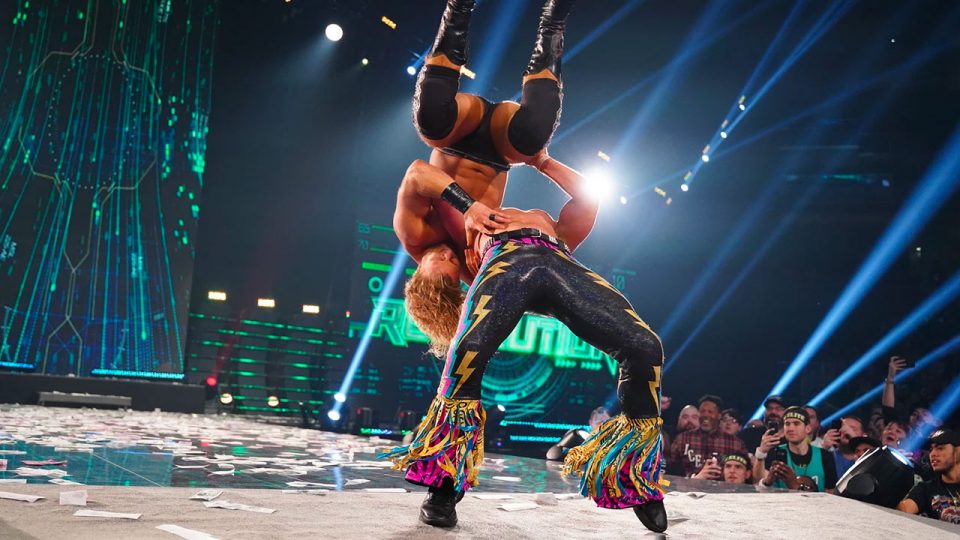 Going by the ratings of Dave Meltzer, this is the greatest tag team match of all time.

When The Elite battled each other at AEW Revolution, there was magic in the air as Kenny Omega was forced to team with his makeshift tag team champion partner, Hangman Page, to take on the Young Bucks. It was an instant classic for many as the wondering of who would win was a real selling point for the match.

Page and Omega managed to have just enough to defeat Matt and Nick Jackson, which was stunning in itself. The story continued after this match for all involved, but as one of the last live events in front of a full audience, it felt even more special looking back. Meltzer gave it a 6-star treatment.

The only match on this list with a stipulation, Best Friends and the team of Santana and Ortiz had one of the more insane outings in AEW history when they fought in a Parking Lot Brawl on Dynamite and was the first match to receive a 5 star or higher rating by Meltzer in nearly seven full months.

The two teams brutalized each other from the opening bell, utilizing every vehicle and weapon in sight. It was a sense of who was crazier almost, as these two teams were willing to go above and beyond to leave their mark on the other. For anyone’s money, this was one of the better intense brawls of any kind with both coming out of it as true winners.

Of course, it was the Best Friends who won the match, but it showed that both teams were serious about the future. 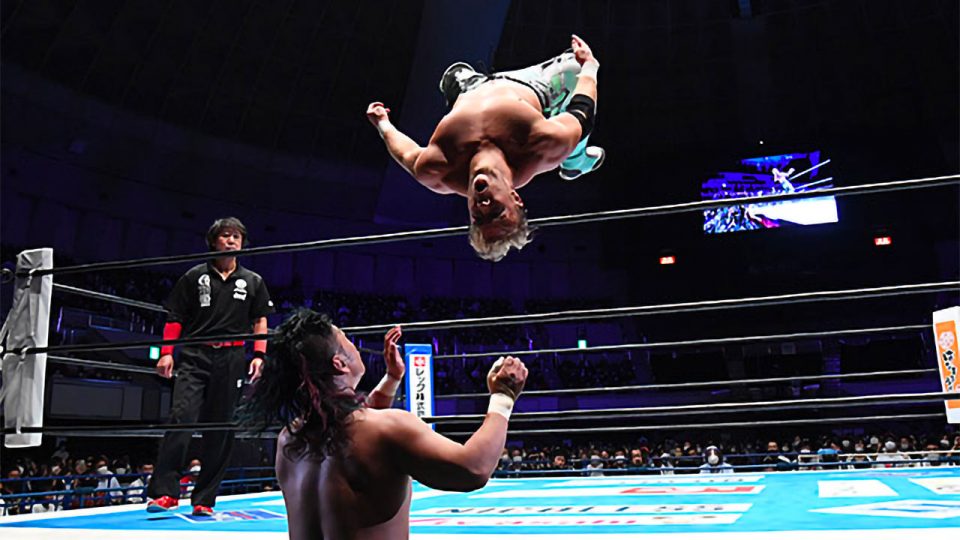 Shingo Takagi and Will Ospreay have become one of the biggest feuds in the history of New Japan. As we are fresh off of their match with the IWGP World Heavyweight Championship on the line, it would be wrong to not look back at their second-ever match contesting each other.

The contest went down in the G1 Climax, where both men were vying for an opportunity that so few wrestlers in history have been able to achieve. But this felt personal, as it wasn’t just about that but proving to each other who was better. Takagi and Ospreay matched each other blow for blow, but this was Takagi’s time to finally win over “The Aerial Assassin.” 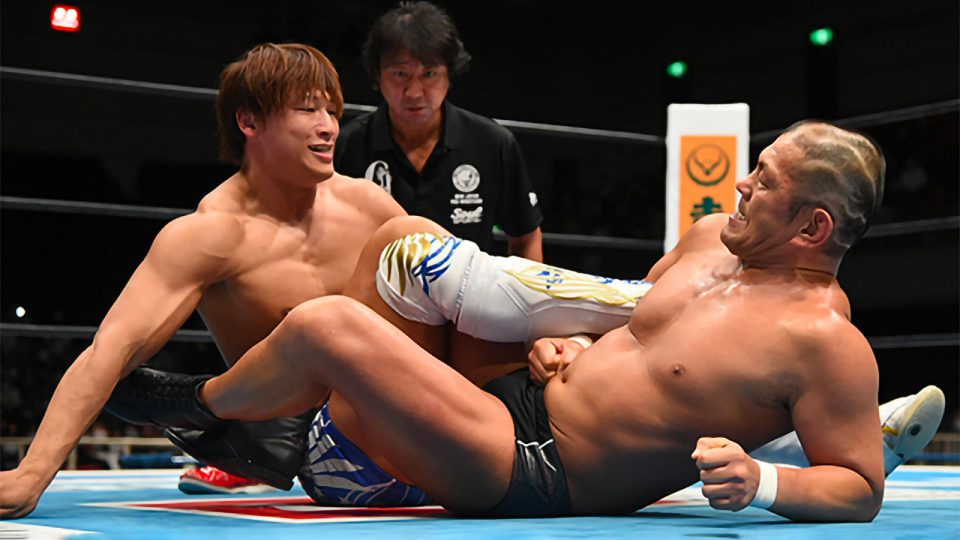 What happens when two men who tend to have no care in the world but to destroy their opponent face off? Well, they have a fantastic match, that’s what.

Kota Ibushi and Minoru Suzuki squared off in the G1 Climax with eyes on the prize. But as said before, when two guys with their mentalities face off, it’s almost as though that the goal of the match is forgotten and it’s about destroying the other man. Ibushi managed the win and this help propels him to his eventual back-to-back G1 win, but it would be wrong to think he doesn’t still feel the after-effects of this physical match with Suzuki.

Professional wrestling in its purest form. 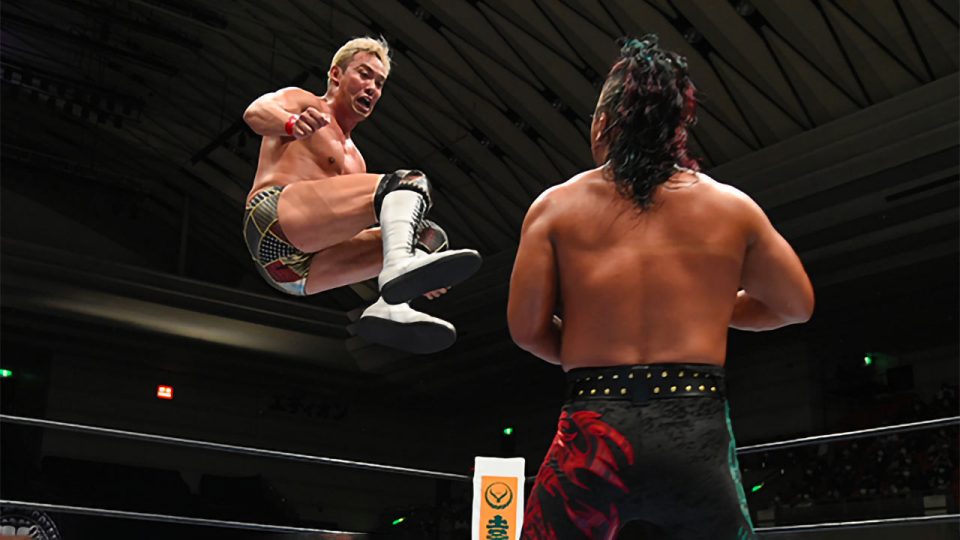 Kazuchika Okada facing off with Shingo Takagi for the first time ever in singles action is a match of absurd anticipation and has the expectation to deliver in every way possible. The elegant physicality that Okada brings to his matches made for a great counterpart to Takagi’s deadly, hard-hitting style.

“The Rainmaker” did what anyone expects him to in a setting like this, going all out in an effort to not only deliver but show the world how he was still at the top of his game even without gold around his waist. Okada’s war with Takagi ended in unique style – referee’s decision – as the “Dragon” faded to the Money Clip and was out.

This match, for many, showed that Takagi was a future IWGP World Heavyweight Champion and only gave him the confidence for when they met again a few months later in the New Japan Cup. 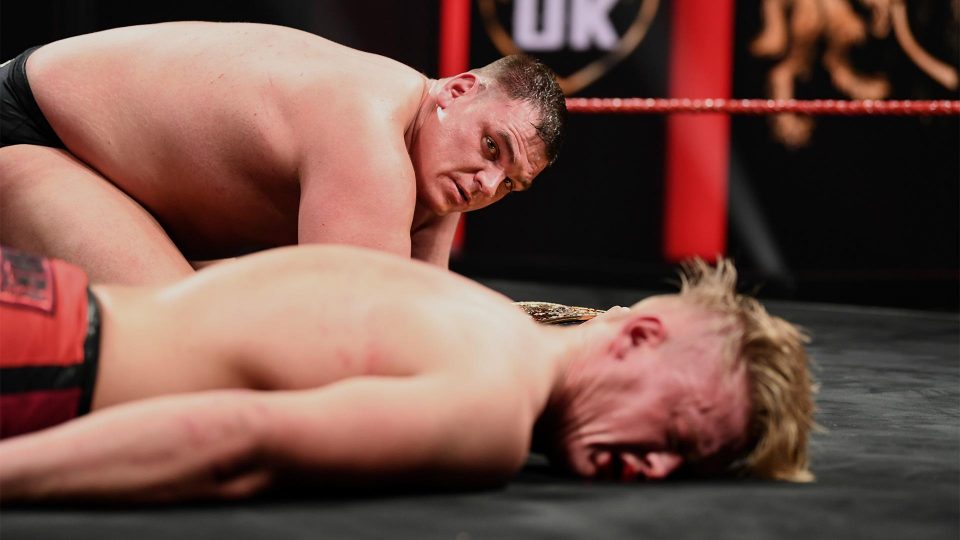 There is no match on this list more physical than the one between WALTER and Ilja Dragunov for the NXT United Kingdom Championship.

It was pure brutality from beginning to end, as these two men never eased up on each other, but rather hit harder and harder every single strike. It felt as though it could be the night that Dragunov would capture the championship, ending the legendary reign of WALTER, but he came up just short.

The champion showed his undeniable ability to survive, take everything his opponent hit him with, and simply hit back harder and more effectively. It is one of the best NXT UK matches since its beginning and the highest-ranked match in WWE by Meltzer last year. 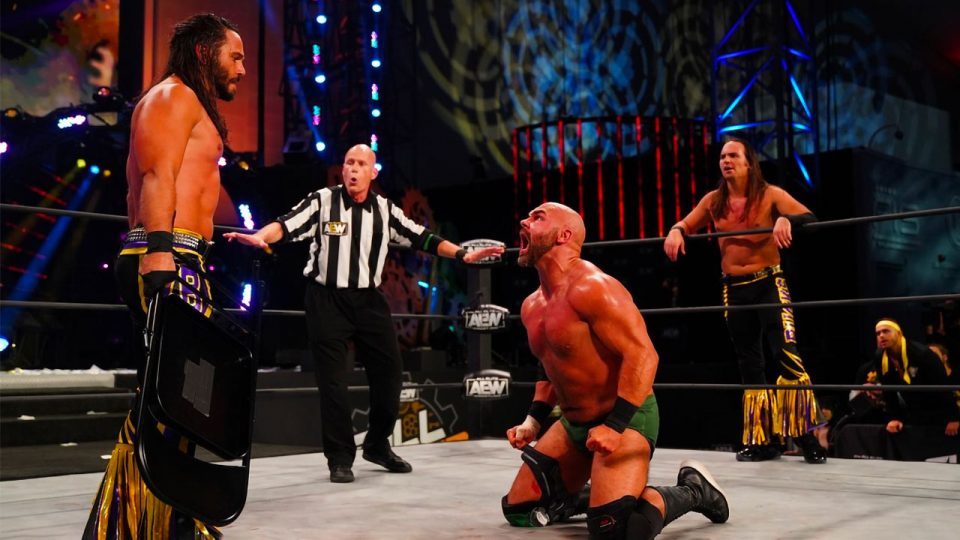 The dream tag team match. Two years ago, no one ever would have been able to imagine when FTR (formerly The Revival) and The Young Bucks would face off in a ring.

FTR was still in WWE while The Young Bucks were in the middle of starting All Elite Wrestling. Yet, when FTR was given their release from the company, this was the match they followed.

While the story leading up to the match left some to be desired, as the two teams recall, it was the match that mattered. Taking the moves of some of the best tag teams of all time while mixing in their own offense made for an excellent tag team match and one that lived up to the hype.

It was also the moment that The Young Bucks finally won the AEW World Tag Team Championships. 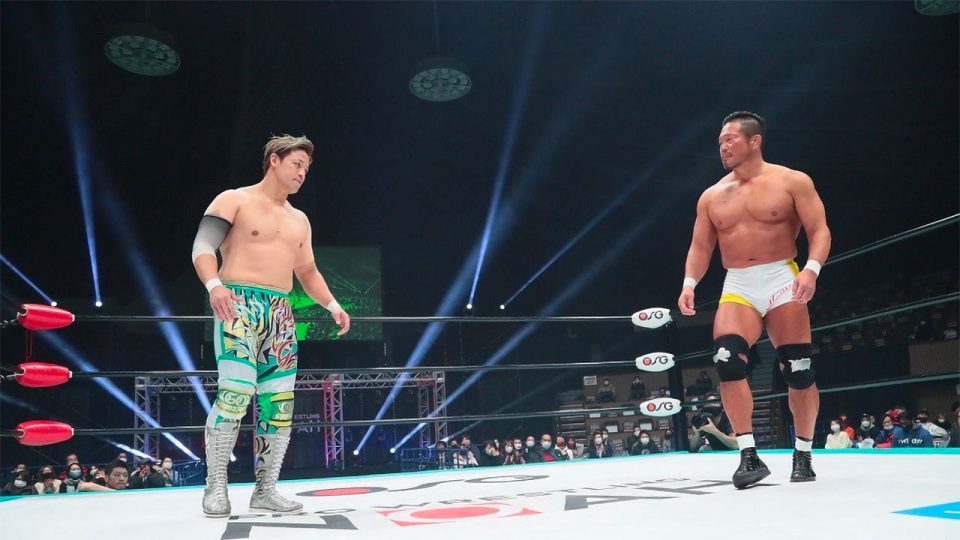 The GHC Heavyweight Championship reign of Go Shiozaki is one of the best of all time, as Shiozaki had classic after classic with the title around his waist.

The match that received the most praise from Meltzer was his final defense of 2020 when he faced off with Takashi Sugiura. The match went nearly an hour, channeling the greatness of Shiozaki once again in another long battle. Shiozaki and Sugiura hit each other with everything but the kitchen sink in this impeccable effort, but it was the champion who managed to survive once again.

This match, along with his many throughout the year, showed that Shiozaki was not only the best in Pro Wrestling NOAH but one of the best in the world.