The 2022 edition of SummerSlam is set to take place on July 30, 2022. The event marks the 30th anniversary of SummerSlam 1992 which was famously headlined by the classic Intercontinental Title match-up between Bret ‘Hitman’ Hart and The British Bulldog.

The Bulldog entered a career highlight performance in front of a partisan, British crowd at Wembley Stadium. The audience erupted as The Bulldog claimed the Intercontinental Title from his brother-in-law in an all time classic battle.

This feature looks back on all five of The British Bulldog’s SummerSlam matches, ranking them from worst to best! 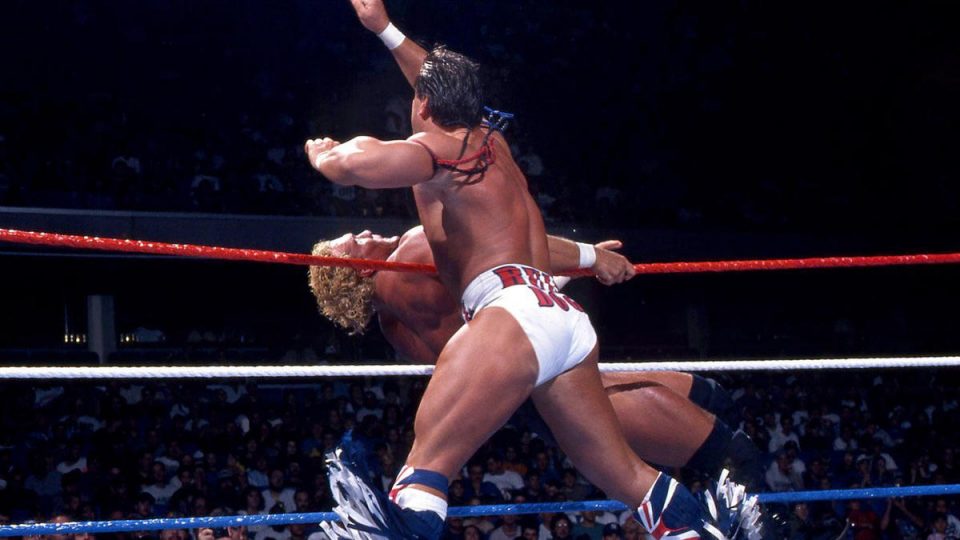 The British Bulldog’s SummerSlam 1996 clash with Sycho Sid, was little more than an extended squash match in favour of his opponent. Sid had recently returned to the Federation and was making his return to pay-per-view opposite the Bulldog.

Brief at six minutes in duration, the action was perfectly serviceable but lacked grace, as some of the exchanges between Bulldog and Sid were somewhat clumsy.

Sid won, when the Bulldog was distracted by his manager Jim Cornette arguing with Clarence Mason at ringside. A huge chokeslam was enough to pin the Brit.

The British Bulldog teamed with Ricky Steamboat and The Texas Tornado to open the 1991 SummerSlam event against the heel squad of Power and Glory and The Warlord.

Fun, fast paced with a red hot crowd, this was an excellent way to kick off the show.

The heels struggled to gain much heat on Steamboat, as they double and triple teamed ‘The Dragon.’

It was a rested Steamboat who earned his team the win with a flying cross body.

10 minutes of fun; although at times this resembled a Tornado rules tag match rather than traditional rules. 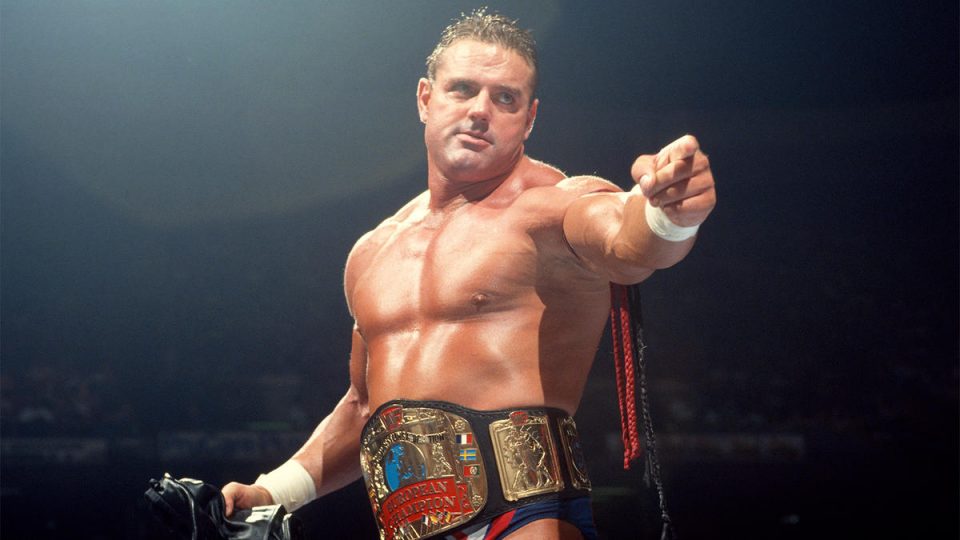 The bout only went seven minutes and was designed to get Shamrock over as a bad ass. Bulldog dominated much of the match but made the mistake of dumping dog food over the ‘World’s Most Dangerous Man.’

Shamrock snapped and pummelled the Bulldog, resulting in a disqualification victory for the champion. Shamrock then battered a bunch of luckless WWF officials who were trying to restore order post-match.

Intense and fought at a decent pace with some big power moves and strong transitions. This was a perfectly acceptable mid-card encounter. 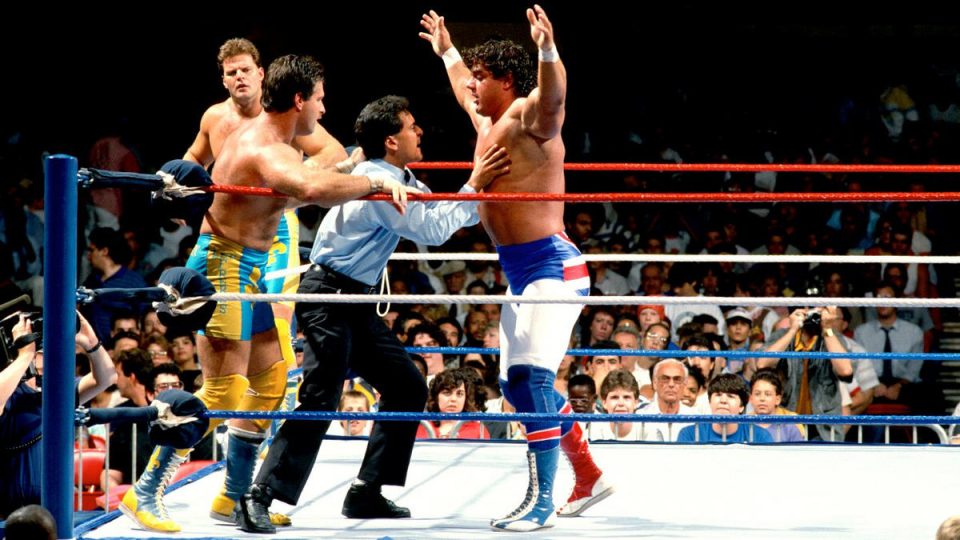 Much has been written about the real life enmity between the Bulldogs and the Rougeaus, particularly Dynamite and Jacques, but in-between the ropes, the two teams had electric chemistry.

The Bulldogs took apart the Rougeaus in the early going whilst the cowardly heels used dastardly tactics to take over. The Bulldogs regained the upper hand and nailed their press slam, diving headbutt combo before the time expired at the 20 minute mark.

Regrettably, that lame finish tarnished this excellent match-up somewhat. However, it was still a thrill ride while it lasted.

The Bulldog’s career highlight is undoubtedly his Intercontinental Title winning effort at Wembley Stadium in front of his countrymen in the headliner of SummerSlam 1992.

With good reason. In a 26-minute stunner, the Bulldog and his brother-in-law, Bret Hart exchanged big moves, with a constant stream of clever reversals in an ebb and flow contest. The crowd heat was off the scale as the London crowd popped big for almost everything both combatants did.

The finish came when Bulldog reversed a sunset flip into a pin as the live audience erupted.

You can watch every single SummerSlam event exclusively on the WWE Network.