AEW Full Gear was a spectacular event that showed just how far the promotion has come in such a short space of time. But it was also a monumental show that turned the future stars of AEW Hangman Adam Page, Darby Allin, MJF and Jungle Boy into the faces of the company.

The show will be best remembered for Hangman Adam Page finally overcoming Kenny Omega to become the new AEW World Champion bringing an epic two-year storyline to a euphoric conclusion.

In 2019 during AEW’s press conference EVPs The Young Bucks, Cody Rhodes and Kenny Omega outlined the aims and goals of the new company.

During the reveal, Hangman Adam Page was the first member of the newly formed roster to stake his claim to become the inaugural AEW World Champion and so began his arduous journey to the title.

Hangman’s undeniable appeal and charm made him a natural babyface and fan favourite. An original member of the Elite and future legend of the promotion he was the perfect choice for AEW’s first-ever champion. However, that was not to be.

The trials and tribulations of Hangman’s quest to become AEW World Champion is one of the best-told wrestling storylines in years.

He failed on his first attempt against Chris Jericho, which was followed by a loss to MJF for the Dynamite Diamond Ring. The tag title reign with Omega, which featured their breathtaking encounter with the Young Bucks at Revolution 2020, placed him in the shadow of the Best Bout Machine.

Although a huge hit with fans self-doubt crept in and Hangman distanced himself from the Elite and after a heartbreaking loss to Omega in the finals of the AEW World Title Eliminator Tournament he became a man with no island.

After months of soul-searching and usually with a drink in hand, the Anxious Millennial Cowboy found solace in the Dark Order, who helped rebuild confidence but only after yet another loss the Elite, which saw him leave the company for months.

Hangman returned to conquer all and claim his hard-earned and well-deserved spot at the top of AEW mountain. 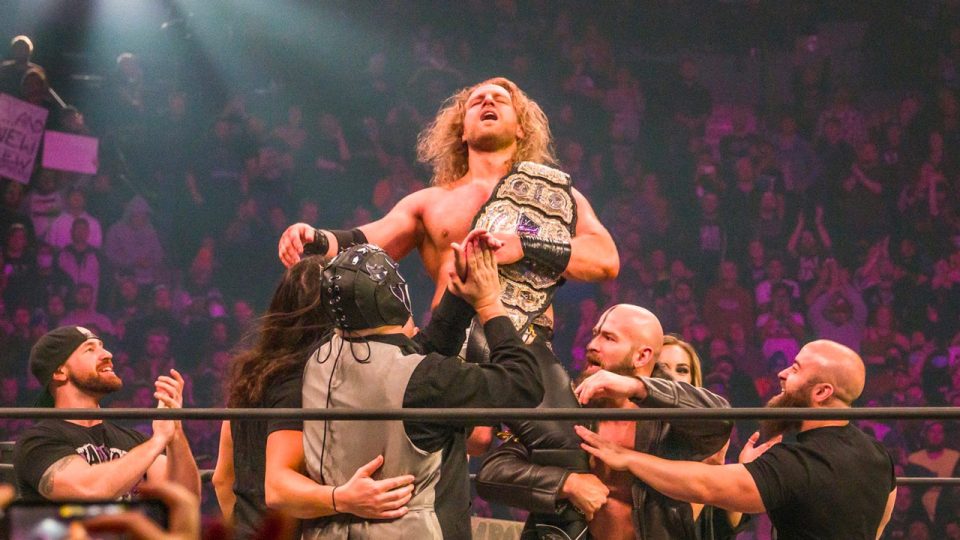 In true AEW style, the show featured three more breakthrough performances from the other pillars proving that AEW’s future stars are the stars of here and now.

MJF and Darby Allin kicked off the show in what was an instant classic and inevitable main event in years if not months to come. The two megastars put on a wrestling clinic with expert pacing and storytelling way beyond their years.

MJF’s heelwork and selling were masterful throughout the match as he played his part to perfection and continued his tremendous run in the promotion.

From his debut at 2019’s Double or Nothing, MJF has been portrayed on another level than the rest. He went on a huge undefeated streak, winning the AEW Dynamite Diamond Ring twice in succession.

AEW are extremely intelligent when it comes to the booking of MJF. He is heavily featured across AEW programming. Every bit of air time is maximised on a weekly basis and he is been in some of the most important segments in the company, however, used sparingly in the ring.

An instantaneous heat magnet MJF draws eyes and boos whenever he appears, which is just why AEW books him as a spectacle of sorts. Therefore he has escaped the trappings of being over-pushed and over-exposed.

Known as one of the best on the microphone his promos often overshadow his in-ring talent, therefore, when he gets inside the ropes it is a welcome reminder of just how great he is.

He is all the things a top heel needs to be. Arrogant, cocky and obnoxious, but there is something else that he brings to the table. At such a young age and with only a handful of years in the business he boasts veteran levels of skill and prowess, which he exhibited expertly at Full Gear.

The performance was a crowning moment for MJF who went solidified his status as AEW’s next main event player in the promotion. 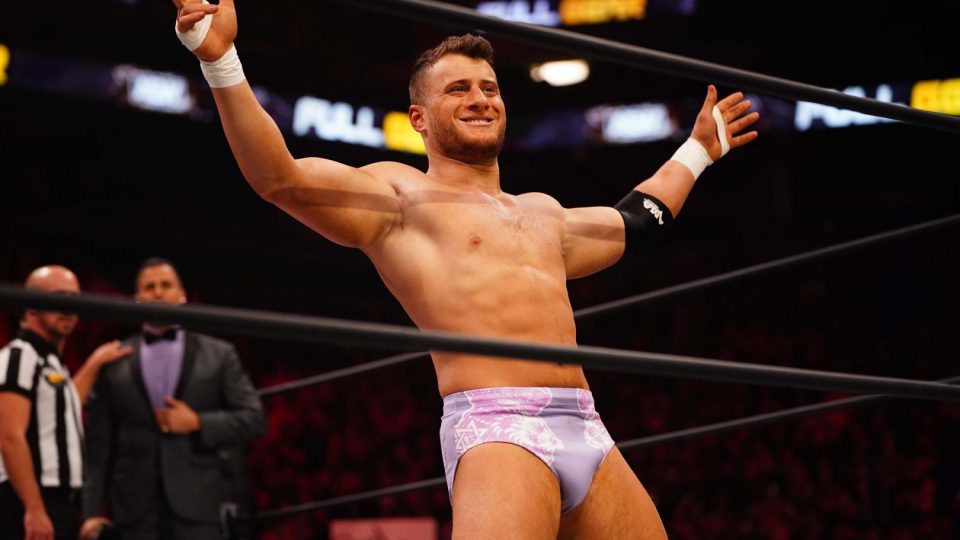 Allin showed he is much than a wrestler with a death wish by displaying some incredible mat-based wrestling and a level of maturity rarely seen when he performs his usual style.

The breakneck style in which Allin wrestles allows viewers to overlook his raw natural talent. His unique look and aura made him an instant hit with fans but his reckless offence draws criticism from certain corners of the wrestling world.

Allin came into AEW and made an instant impact by taking Cody Rhodes to his limit at the inaugural Fyter Fest and it was plain to see the company had a star on their hands.

Similar to MJF, AEW has treated Allin incredibly well and protected to some degree. He is presented as a tenacious and borderline indestructible wrestler, but with his fair share of ticks in the loser column.

His resilience and popularity are proven by his ability to be unaffected by match losses and remain unscathed when not winning matches. He was picked as CM Punk’s first opponent in over seven years for that very reason while also being one of wrestling’s most sought after opponents.

He has already tasted glory with his TNT Championship run and his pairing with the legendary Sting is another indication of how much the company think of him.

Fans and AEW know just what Allin is capable of and he paid the back in full with something special that elevated him beyond the moniker of future star with his superb outing at Full Gear. 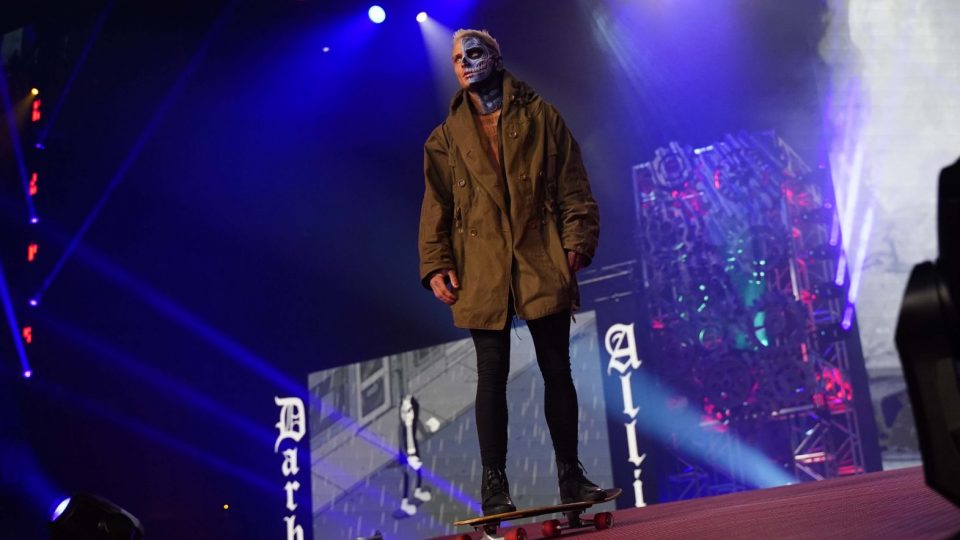 Jungle Boy was also at the centre of a match, which featured an astounding array of talent. The young star often touted as one of AEW’s top up-and-comers is now at the top of his game.

A smash hit with wrestling fans due to his Hollywood-esque good looks, genuine likability and fun gimmick. However, despite getting him over, the Boy and Dinosaur had held him back at times, but more recently he has started showing an edge and serious side that has taken him to the next level.

Jungle Boy has been intertwined in a feud with the Elite/Super Kliq for months if not years. Be it against Kenny Omega for title or the Young Bucks at All Out 2020 he was forever coming up short.

Most recently the feud has brought out a stronger and more powerful side of his persona. Once somewhat meek and mild he is now a stand-up and take-no-shit badass complete with a swagger and facial hair.

Jungle Boy’s coming-of-age transformation came full circle Full Gear as he stepped up his intensity, emotion and violence. The end of the match saw him finally overcome the Elite and himself as he emerged from the shadow of his potential and into the light of superstardom. 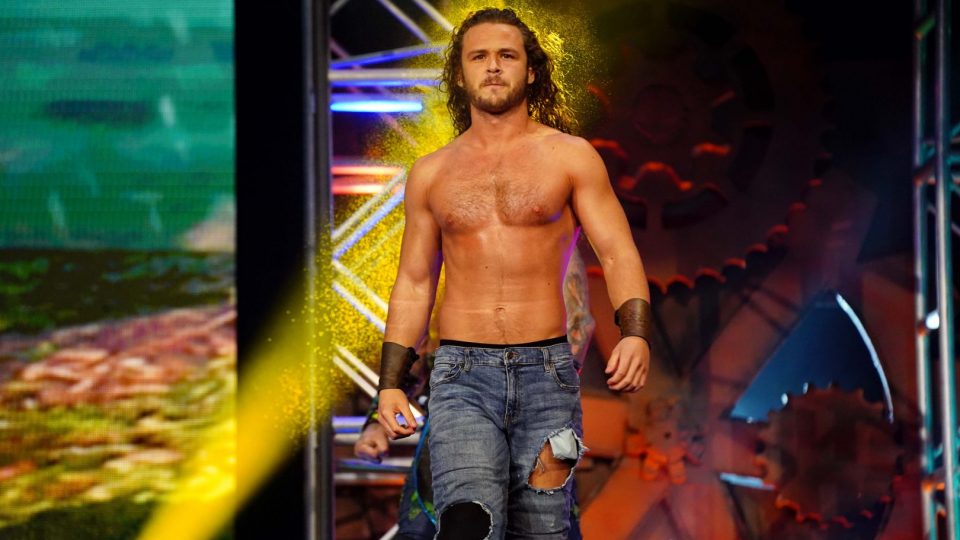 At an event that featured the AEW PPV debuts of Adam Cole and Bryan Danielson, plus the highly-anticipated CM Punk vs Eddie Kingston match, one would expect the focus to be on these veteran stars. However, due to the skill, will and desire to level up all of the talk is about AEW’s awesome crop of young talent.

Kenny and Fin are back to talk Brock Lesnar’s SmackDown return, War Games, Hangman vs… Listen