In February 2020, at Elimination Chamber history was made when The Miz became the only two-time Grand Slam Champion in the history of WWE, with The A-Lister’s WWE Championship sequel coming a decade after his first reign. Having held the Intercontinental, United States, and the Tag Team Championships – in some form – more than once, Miz cemented his place in WWE history. Just two months later, AJ Styles etched his name in the history books at WrestleMania by adding the RAW Tag Team Championships to his collection to become the 14th name on the list.

While Miz is in a class of his own when it comes to multi-time Grand Slam winners, though, and none have been made in 2021, there have been 14 other Grand Slam winners since WWE revised their format of the accolade in 2015, with seven others claiming the achievement prior to that.

(Note: While Triple H and Kane would both become Grand Slam Champions under the current format with a United States Championship win, we’ve excluded them from this list due to having achieved a Grand Slam in its previous form.) 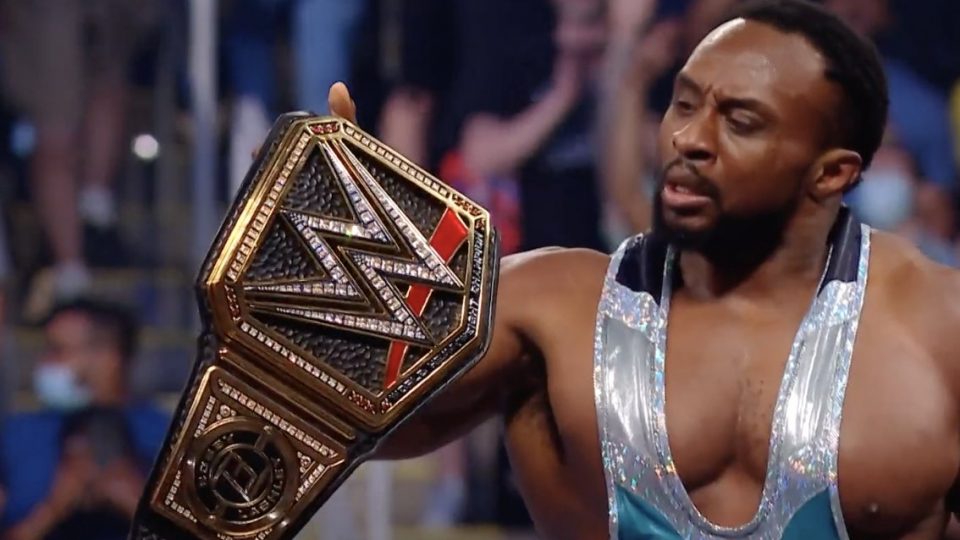 Big E shocked the world on Monday Night RAW by cashing in his Money In The Bank briefcase to dethrone Bobby Lashley as WWE Champion, becoming the second New Day member to hold the gold. As we know, though, The New Day are no strangers to championships, and Big E is highly decorated, and was even before winning the biggest accolade of his career!

As a two-time Intercontinental Champion and an eight-time Tag Team Champion, Big E only needs a United States Championship win in order to further cement his name in the history books. The Triple Crown Champion, of course, does have a few extras in his trophy cabinet, having held the NXT Championship and Money In The Bank briefcase. 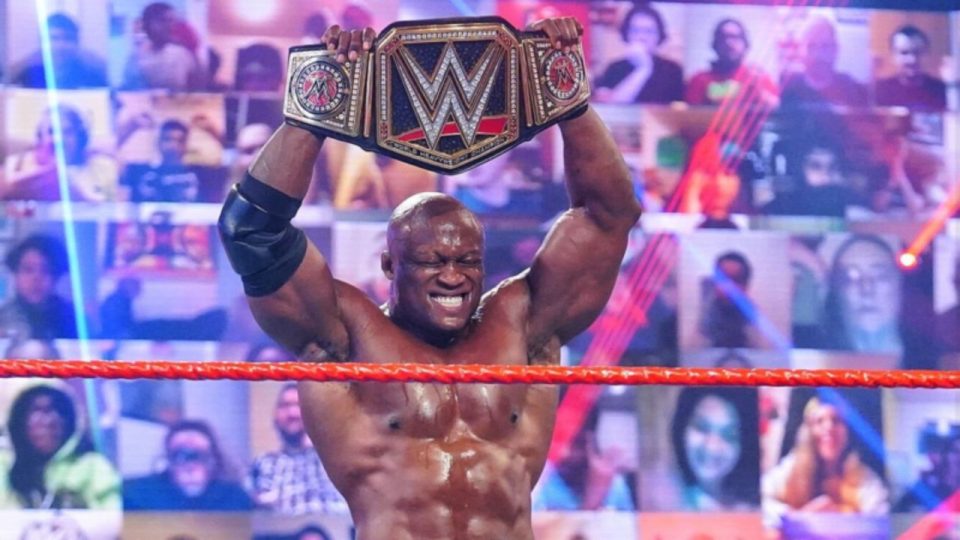 While he was dethroned by Big E, The Almighty truly cemented his name in the history books when he won the WWE Championship on RAW in March. While Bobby Lashley’s ECW World Heavyweight Championship win might very well have had some already consider him close to a Grand Slam Champion, now it’s undeniable with the RAW Superstar having held one of the company’s current recognised World Championships – and what a reign it was.

The Dominator can also boast being a two-time United States Champion, with his most recent reign ending at Elimination Chamber 2021, and a two-time Intercontinental Champion – with the one title standing in the way of a Grand Slam Championship win thus far being a Tag Team Title run, with fellow Hurt Business members Cedric Alexander and Shelton Benjamin holding those belts on the red brand. 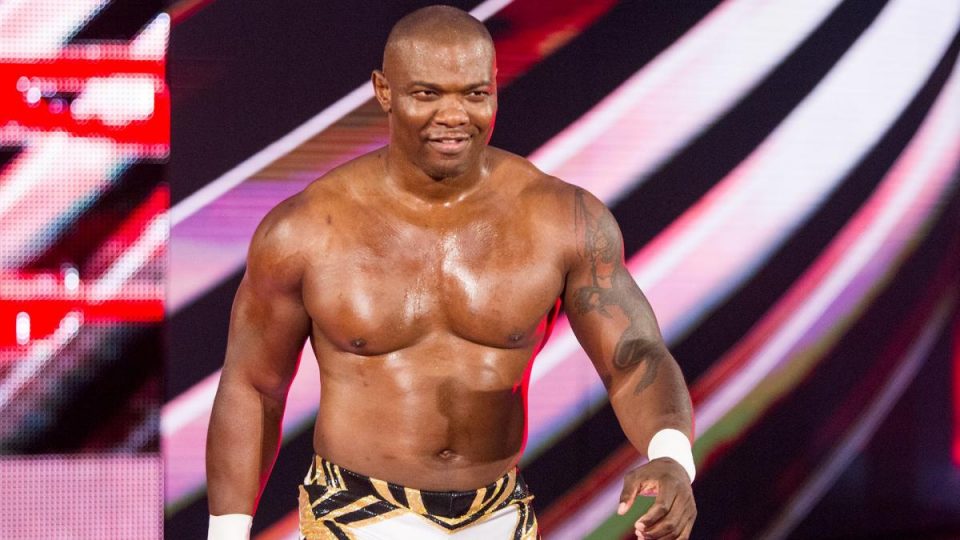 Lashley isn’t the only member of The Hurt Business with one title standing in the way of Grand Slam Champion status – although the gold required by Benjamin is arguably the most difficult to achieve. In order to become a Grand Slam Champion in the near future, Benjamin would be looking at either his own Hurt Business partner Lashley – or WWE Universal Champion Roman Reigns – to etch his name in the history books.

While the 45-year-old has saw a complete resurgence in his career since joining forces with MVP, a world championship has always evaded him. Benjamin, though, has shown there ain’t no stopping him as he currently holds the titles that would make Lashley a Grand Slam Champion, sitting atop the red brand’s tag team division alongside Cedric Alexander. A veteran of the game, Benjamin is also a former United States Champion and a three-time Intercontinental Champion, to add to his three Tag Team Championship reigns. 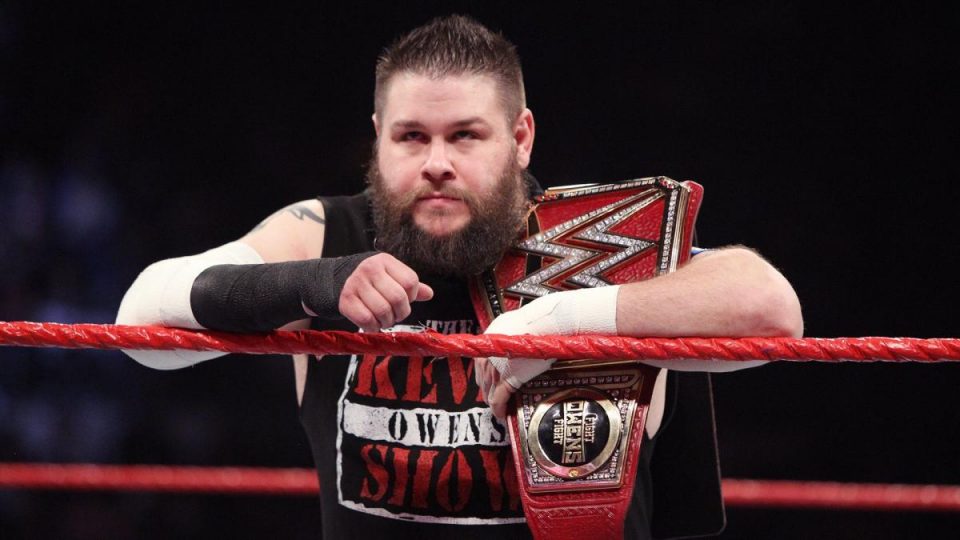 While it may seem like Lashley would be the exception to the rule when it comes to the World Championship not being the belt standing in the way of a Grand Slam accolade, Kevin Owens is much in the same boat! While we’ve saw The Prizefighter rack up the singles accolades throughout his WWE tenure, a history of not working well with others has seemingly put the kibosh on Grand Slam Championship status – despite KO being very close to the Tag Team Titles while paired with now AEW star Chris Jericho.

Kevin Owens, though, has held plenty of individual accolades, having held the Universal Championship and NXT Championship, as well as being a two-time Intercontinental Champion and a three-time United States Champion. Will Owens find a tag team partner who can held him further inscribe his name in the history books? Only time will tell. 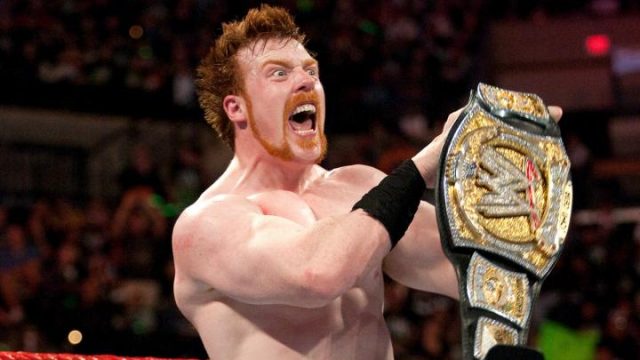 Sheamus is a man who has stood as the summit of WWE on four occasions as a world champion, and boasts accolades not many other can claim too as a Royal Rumble winner and a former King of the Ring and Mr Money In The Bank, but one title has stood in the way of Grand Slam stardom for The Celtic Warrior, too.

While the 43-year-old defied the odds to return to the ring in 2020 after nine months on the sidelines, it actually looked more likely that Sheamus would become WWE Champion again rather than a Grand Slam Champion. Having held the RAW Tag Team Championships four times, the SmackDown Tag Team Championships once and the United States Championship twice, Sheamus is one of WWE’s most decorated Superstars – but a return to SmackDown in the future may be essential if The Celtic Warrior is to Brogue Kick his way into the history books as Grand Slam Champion, with the Intercontinental Title eluding him thus far. 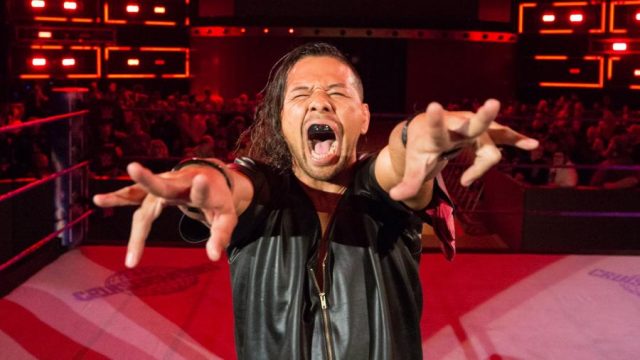 There’s some dubiety surrounding Shinsuke Nakamura’s inclusion on this list. The Japanese star is, of course, a former Intercontinental Champion, former SmackDown Tag Team Champion, and a two-time United States Champion. All that’s missing is a World Championship, right?

Well, the Royal Rumble winner can boast being a two-time NXT Champion, and with Edge teasing that he might challenge the current holder of that title at WrestleMania before selecting Roman Reigns, it’s definitely arguable as to whether it should be included in the Grand Slam Championship accolades. For now, though, Nakamura just misses out on a technicality – but the man from the Land of the Rising Sun may very well have Grand Slam status in his sights at only 41 years old, and could even achieve it without winning the WWE or Universal Championship if WWE recognises the NXT Championship as an official world title. 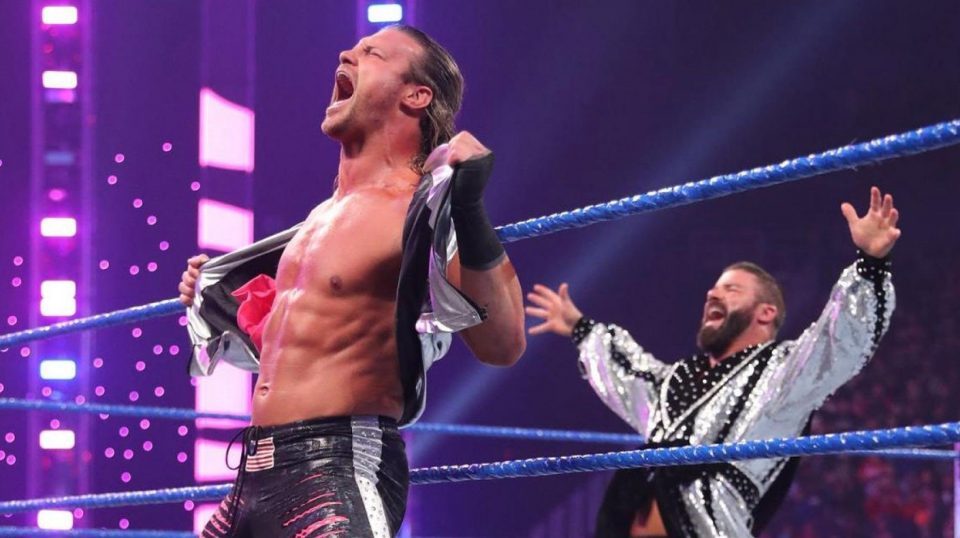 One other anomaly on the list is Dolph Ziggler. Despite being a two-time World Heavyweight Champion, having cashed in his Money In The Bank briefcase for one of those reigns. Despite being the second-most decorated name on the list from his numerous title wins, The Show-Off isn’t officially recognised as a Grand Slam Champion with the ‘big gold belt’ not being recognised as one of the criteria for the accolade. 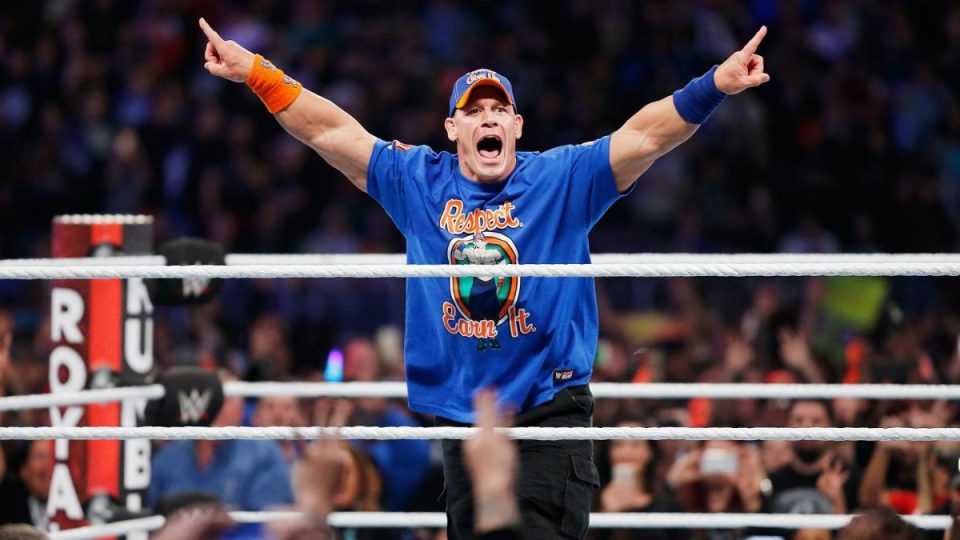 Well, he may just be THE most-decorated WWE Superstar of all time, but one thing John Cena can’t call himself quite yet is a WWE grand Slam Champion. The 16-time world champion’s list of accomplishments is longer than Chris Jericho’s list of holds, but one piece of gold has thus far eluded Mr Hustle, Loyalty, Respect during his lengthy WWE tenure.

However, despite being a Royal Rumble winner and former Mr Money In The Bank, Cena hasn’t yet got his hands on the prestigious Intercontinental Championship and, with his WWE appearances now seeming few and far between, the WWE legend may never become a Grand Slam Champion. Having tied Ric Flair’s world championship reigns, though, John Cena probably won’t be too disappointed if that one accomplishment is missing from his incredibly illustrious career.