Most of us have at least one wrestling impersonation we can do. Whether it’s good or not is neither here nor there. However, some wrestlers can do a mimic so spot-on, they can even make a career on it.

It’s natural if you grew up as a wrestling fan to imitate your heroes.

Maybe you stood on top of the climbing frame in the playground and smashed two Pepsi cans over yourself whilst demanding the other kids gave you a “Hell Yeah”.

Maybe you used to wear old t-shirts your parents didn’t mind you ripping as the power of Hulkamania surged through your veins.

Maybe you stood up in the middle of IT class and lectured your teacher on what hard times were and how people’s jobs were being replaced by a computer.

Or maybe you weren’t cool.

Well, most pro wrestlers, well, the ones who weren’t ex-football players or bodybuilders that were engineered in a “Plant” or a “Centre” like Ivan Drago, grew up as fans too. Meaning most wrestlers probably have at least one wrestling impersonation they can do.

Some have many, and by impersonations, we mean actual vocal mimicry and not Big Show in a bandanna, Edge in a wig or, sigh, DX doing black face.

Here are some of the funniest vocal doppelgangers in the business. 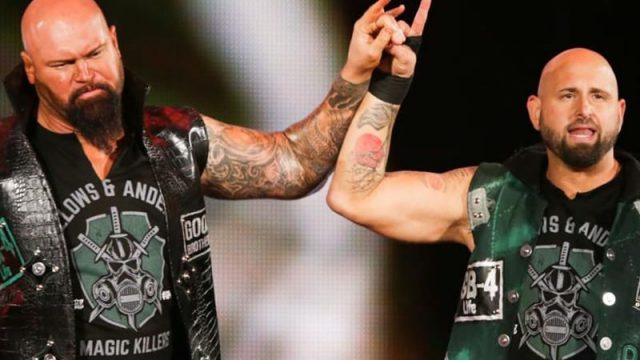 Doc Gallows and Karl Anderson know how to have a good time. As well as being a part of Impact Wrestling, they’ve hosted backyard PPV’s, released their own whisky and enjoyed good old fashioned drunken rambles with their Talkin’ Shop podcast.

Regular listeners will know the boys like to make each other laugh with their various impressions on the show. Fan favourites include Stone Cold Steve Austin and Anderson’s uncanny sound-alike of their good friend/brother AJ Styles.

But the impression that seems to get the most requests is of the late, great, legendary ring announcer Howard Finkel, especially when Gallows recalls the story of a phone call he once received from The Fink.

You can tell that the impressions come from a place of love, and it makes them all the funnier for it. 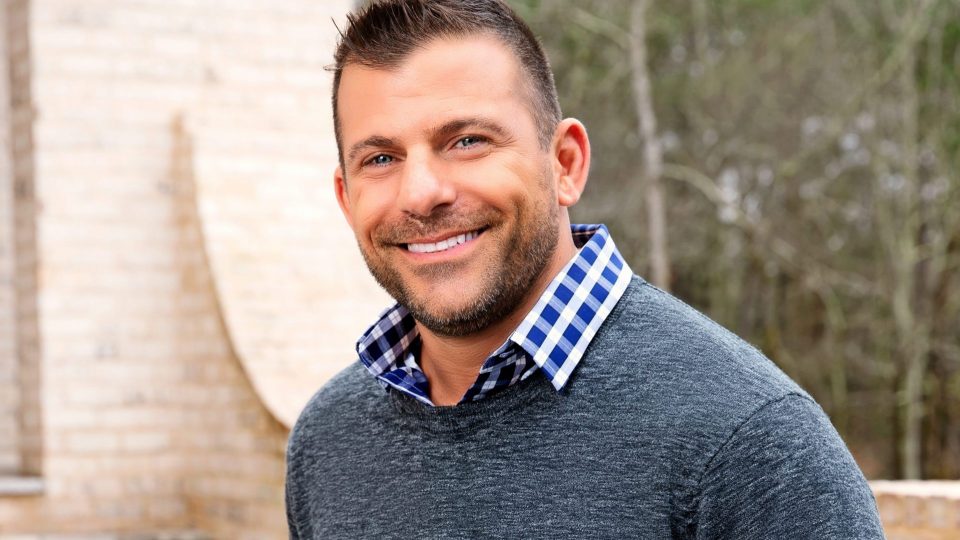 Many years ago, before joining the WWE in 2005, Matt Striker would make a name for himself on the indy’s doing impressions of various legends such as Hulk Hogan, Roddy Piper, Ultimate Warrior, Randy Savage and many more.

Being a lifelong fan of wrestling it was a talent he developed at a young age to keep him and his dad amused,

Back in 2005 during the beginning of his 8-year WWE run Striker appeared on WWE’s Byte This! doing a controversial “Warrior” impression that was edited out of repeat viewings due to steroid jokes.

Transitioning into a commentator role Striker would occasionally bust out impressions of superstars such as Stone Cold, and on one edition of ECW on Sci-Fi, Striker even did a Piper impression in front of the Hot Rod himself!

Sadly, it’s quite hard trying to find a video of Strikers impressions specifically, but his love and knowledge of the business, plus the odd impression here and there to spice up his already great storytelling, make Striker’s shoot interviews worthwhile viewing. 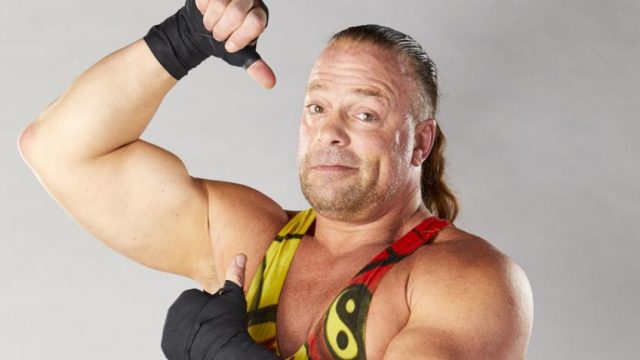 With his laid back attitude, RVD might not be someone you think could do a great impression, which makes it even funnier when he busts one out of nowhere in an interview.

During many a shoot interview Van Dam has caused presenters to break down in laughter, with a great arsenal of renditions including of JBL that consists of him just yelling “Oh Hell Yeah” and mumbling in a Texan tone.

Van Dam can also do a brilliant Paul Heyman as he demonstrated in this interview with Chris Van Vliet.

But Rob’s most famous impersonation is his funny if slightly mean-spirited take on Shawn Michaels, where as well as doing HBK’s voice, Rob also utilises his other talent of being able to cross his eyes.

It is an impression Van Dam has gone on record saying he slightly regrets when he got a taste of karma and suffered a similar kick to the head injury a few years later. 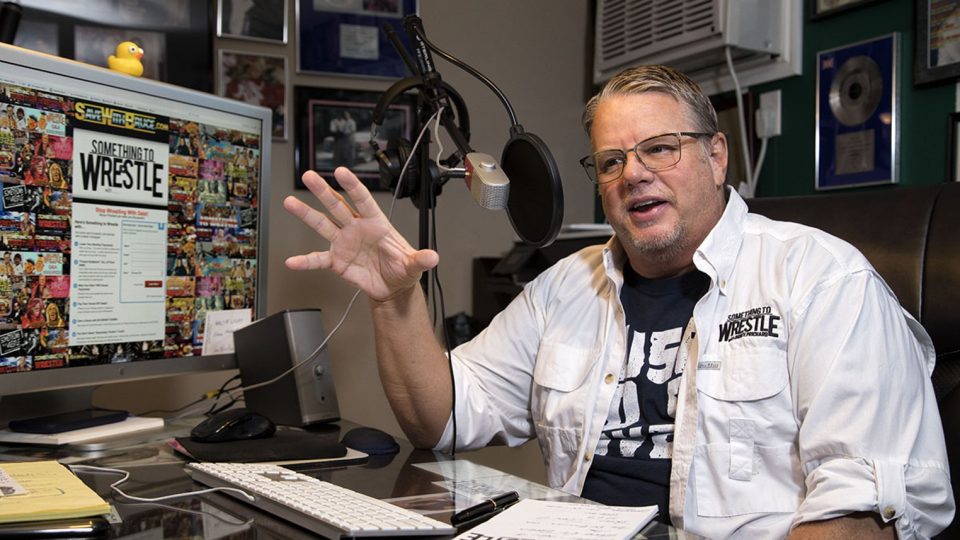 Bruce Pritchard has been a major part of the WWE for over thirty years, with a decade break from the company between 2008 and 2018.

With that much time in the fed both off the screen and on, Pritchard started the Something To Wrestle podcast in 2016 with Conrad Thompson, creating a wave of Thompson podcasts where he conducts multi-hour long interviews with other famous faces from the wrestling world.

Something To Wrestle was a huge hit. Not only does Bruce have an almost inexhaustible amount of PPV’s and events he can give a backstage perspective on, but also has a wealth of impressions to draw from to help give colour to his tales.

The intro to the show alone is pretty much a showcase for Pritchard’s impersonation skills, including his take on Vince McMahon, Randy Savage, Jerry Jarrett, Dusty Rhodes, Michael Hayes, Stone Cold, Jim Cornette, Terry Funk, and many more.

Despite re-joining WWE in 2018, Bruce has been allowed to continue his show. There is even a WWE Network spin-off version. With plenty of classic PPV’s to still talk about, not to mention the new ones he is a part of right now, they’ll be plenty of tales and impressions for Bruce to get into for years to come. 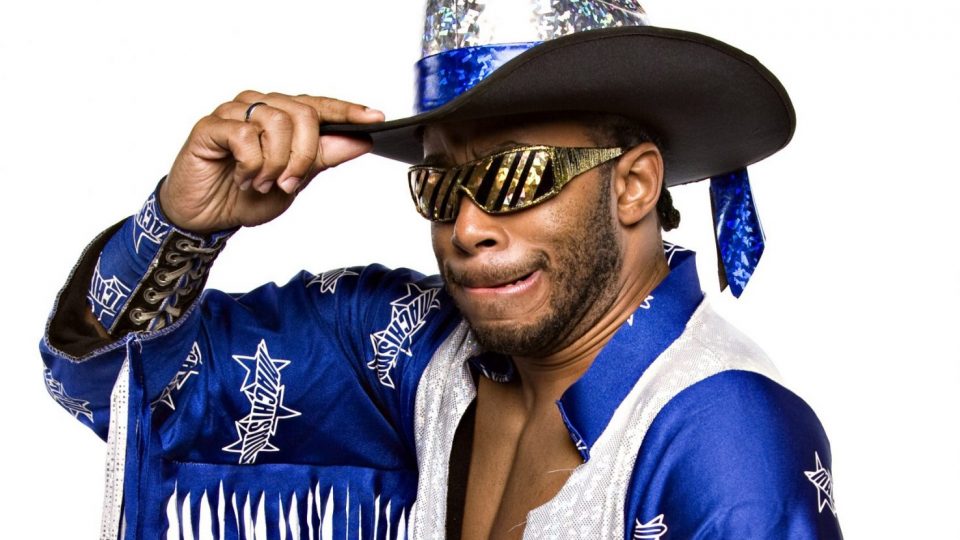 There have been many impersonation style gimmicks over the years, from Stone Cold Shark Boy to Gillberg to Damien Sandow. But no one has made it work quite like “Black Machismo” Jay Lethal.

After breaking out his Randy Savage impersonation on a “Paparazzi Idol” talent show segment on a 2007 episode of Impact, the impersonation was so good Lethal ran with it, receiving a great reception from everyone, including the Macho Man himself.

But Randy isn’t the only legendary impression that Lethal is known for. Who could forget his WOO-off with the one and only Ric Flair during their feud back in 2010?

After making his AEW debut last month, and arriving with his Macho style “Pomp and Circumstance” theme song, Lethal’s impressions are one of the many aspects that have propelled him to a top tier wrestler. It will be interesting to see what direction he goes in next. 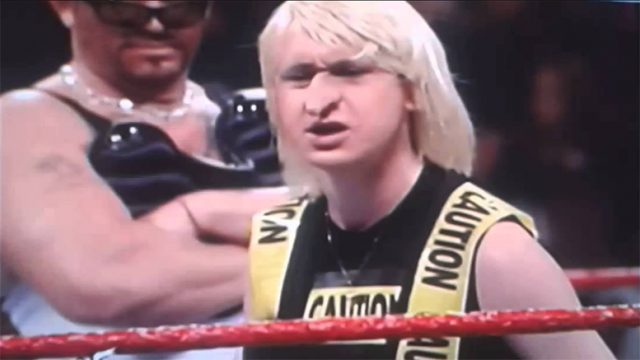 Jason Sensation, real name Jason Tavares, is possibly the only person signed by WWE on a multi-year contract to WWE for his impersonations alone.

First noticed by Owen Hart who was tickled by his impression of The British Bulldog, and Owen himself.

Vince loved Tavares impersonations, but apparently, it was Mike Tyson’s adoration of his Stone Cold send-up that got him over big, and Taveras signed a 3-year deal with the company,

Jason would do multiple characters on camera, like Shawn Michaels and Mick Foley, but his most famous appearance is probably during DX’s parody of The Nation Of Domination. You know, the one where DX did, sigh, black face.

Sensation didn’t tan himself up thankfully but rather donned a blonde wig for his portrayal of Owen Hart, the impression that got him on the companies radar in the first place.

Sadly Sensation was let go by WWE, many citing the departure was due to some superstars thinking his mimics cheapened their gimmicks.

Tavares has suffered from serious mental health problems since, famously tweeting he was going to kill himself live on Raw a few years back, but since then appears to be doing a lot better both mentally and physically, remaining an active personality on social media.