The likes of Bret Hart, Kane and Razor Ramon are some of the most iconic characters in WWE history. But what if their presentation was a little more unorthodox, and maybe their ring gear featured a gold codpiece? Well wonder no more.

There are a lot of things to consider when someone is signed to WWE and makes the transition from wrestler to “Superstar.” A memorable name, an entertaining gimmick, groovy theme music to strut to the ring to, and of course, attire.

But before the tailors take measurements and sit down at the sewing machines, they need a design to guide their creations and that’s where concept art comes in.

Sometimes the artists will have clear directions, or an idea in their head on what to give a Superstar, and will sketch lots of variations with subtle alterations for those who make the final say to choose from.

Sometimes, they kind of just throw any old sh*t against the wall and see what sticks.

So for a bit of fun, let us take a look at some costume ideas that thankfully didn’t make it past the concept stage! 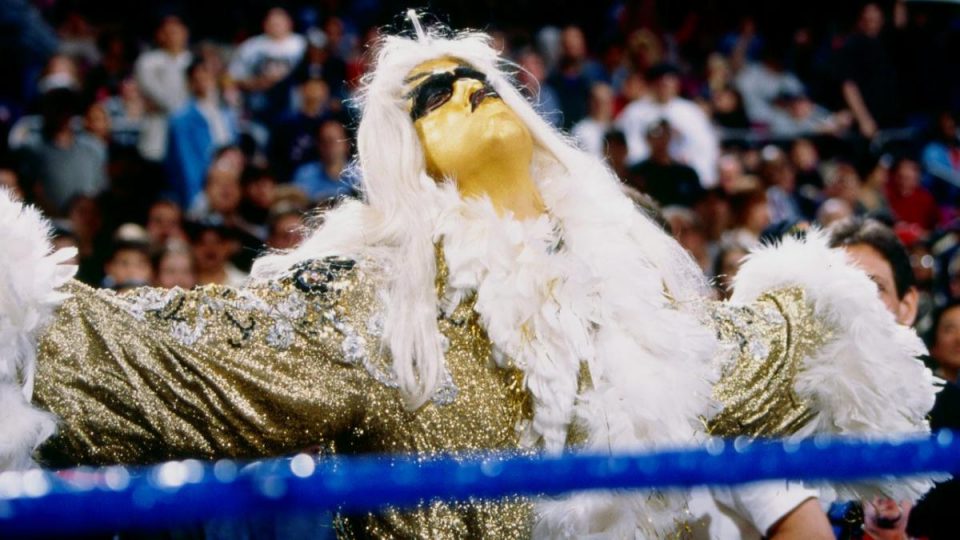 First, we have some of Dustin Rhodes’s early designs, because what would be considered strange for others isn’t so bizarre for the bizarre one. 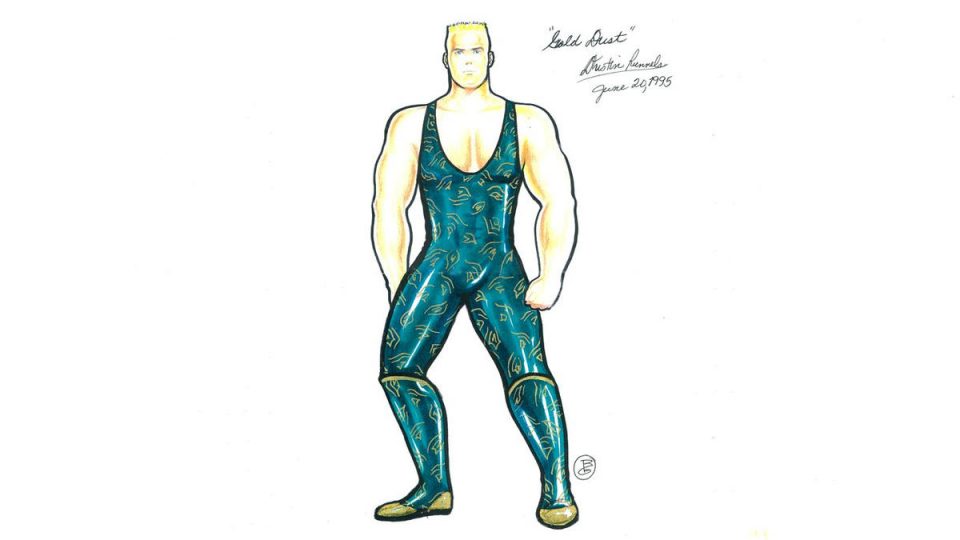 We have this fetching, no make-up, longed-legged singlet look. Any other Superstar this wouldn’t look so out of place but next to what Goldust would become it’s about as far removed as can be. 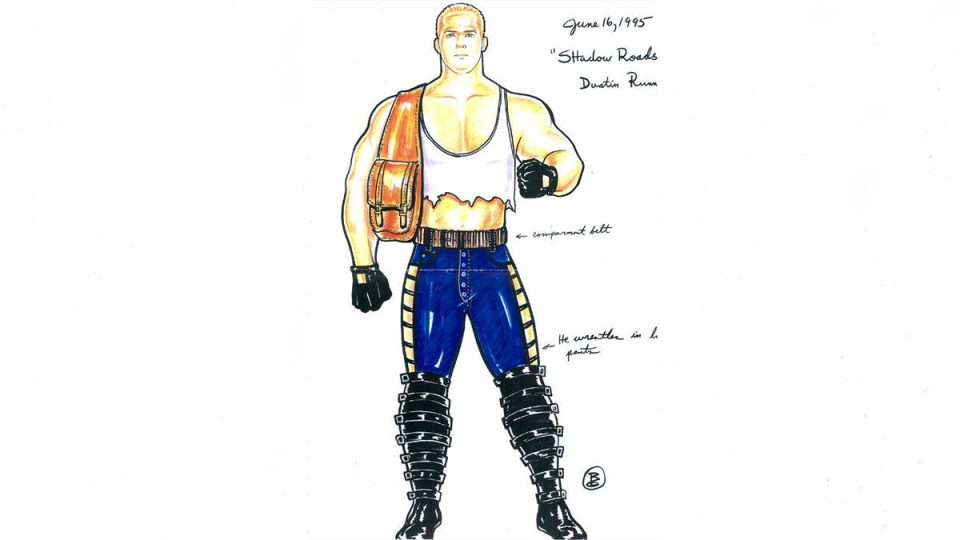 The name “Shadow Roads” is actually quite cool. The torn crop top and jeans with exposed sides? Not so much. 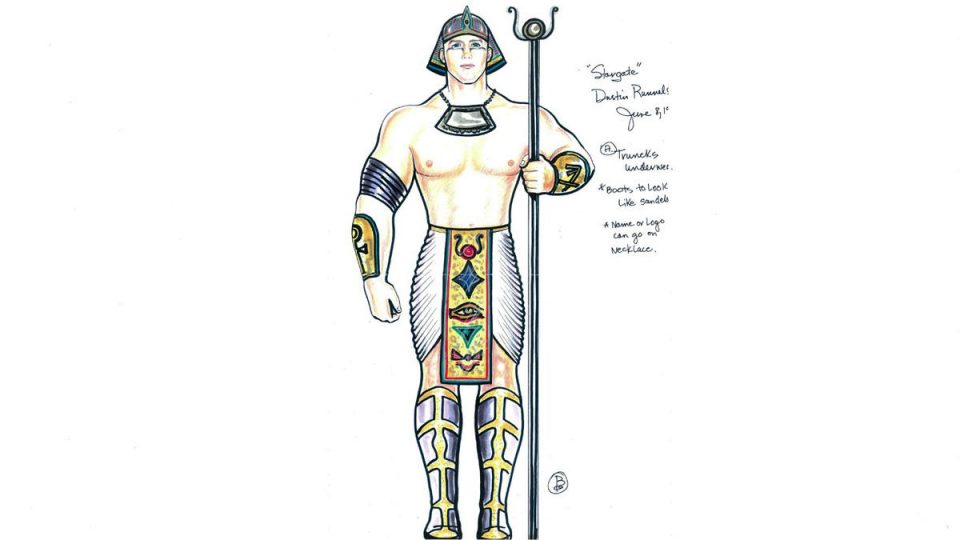 As for the Egyptian “Stargate” theme for the blonde-haired, blue-eyed Dustin? Even the great sun god Ra may draw some exceptions to such bold attire. 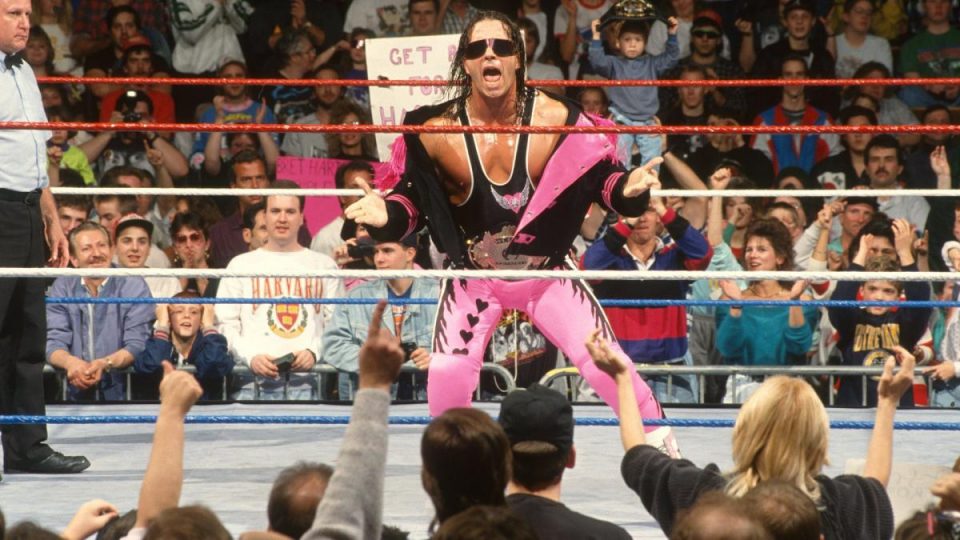 Now things are getting weird. Unlike Goldust, Bret Hart is a more reserved fella, and it would have been a potential disaster to see him bust out these extravagant designs. 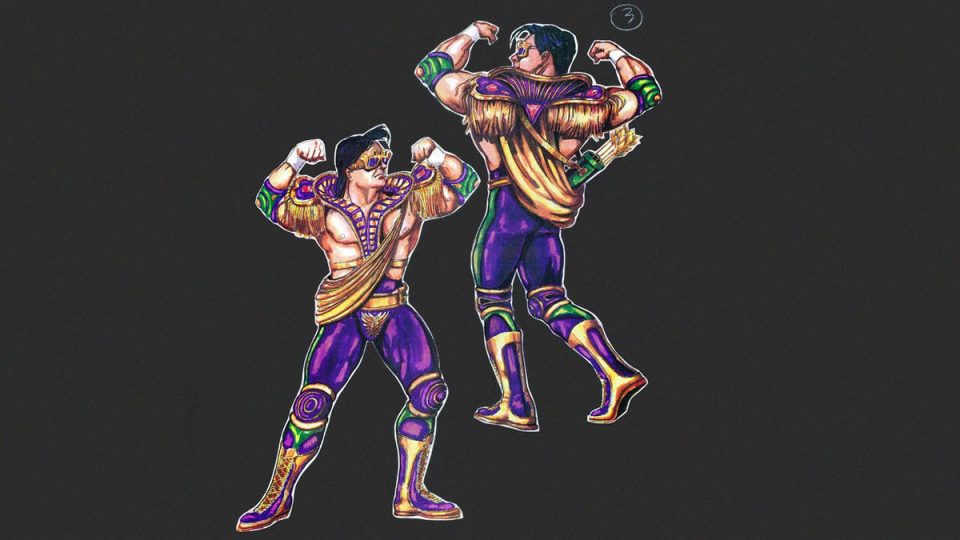 Without any information to confirm, the best guess is these concepts were for Wrestlemania 9 and its Roman Colosseum theme. Just as well it never came to fruition, as poor old Bret suffered enough humiliation at that infamous event without looking like a discount VR Troopers villain. 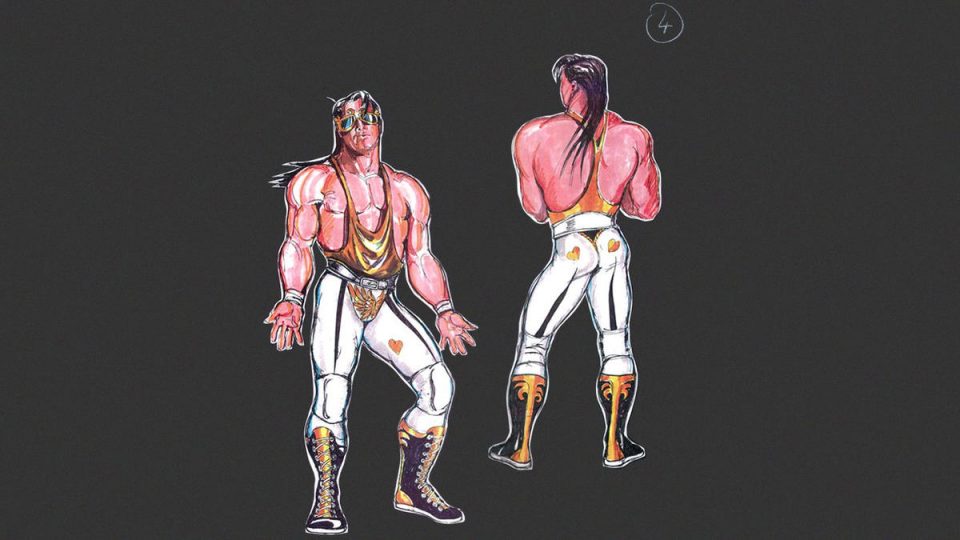 But it could have been worse! The excellence of execution in a gold eagle codpiece, gold-lined thong combo, anyone? 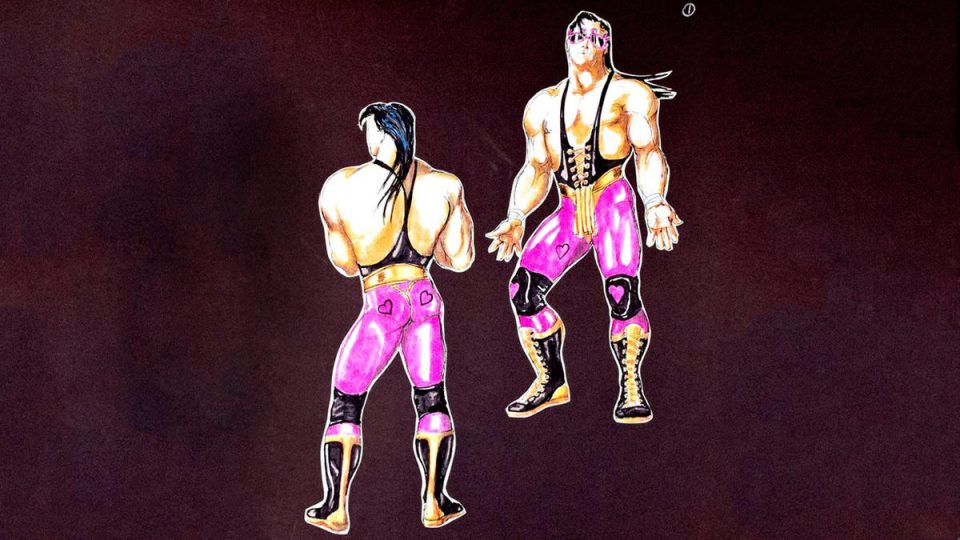 And it’s not like the thong was an isolated incident either. For whatever reason, the artist really wanted to highlight the Hitman’s ass. 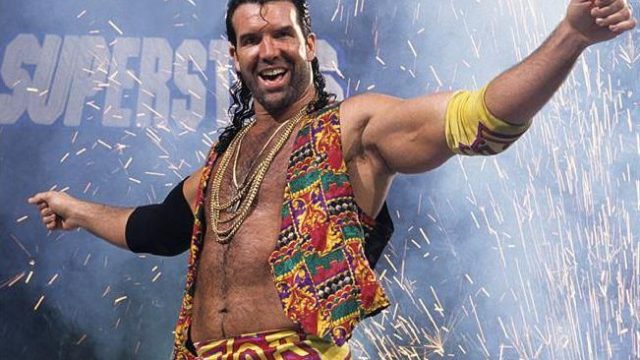 Hey yo. It’s no secret that Razor Ramon’s character was inspired by Scarface, but the initial Columbian gangster look may have taken things a bit too far. 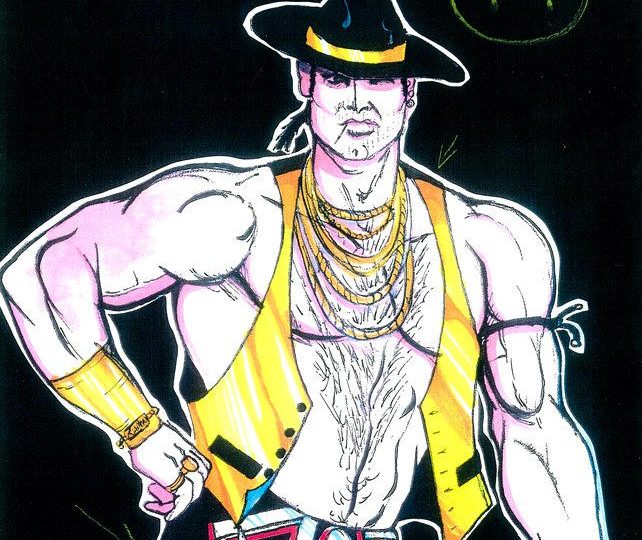 The black fedora would have probably acted as a stopper for all that oozing machismo. 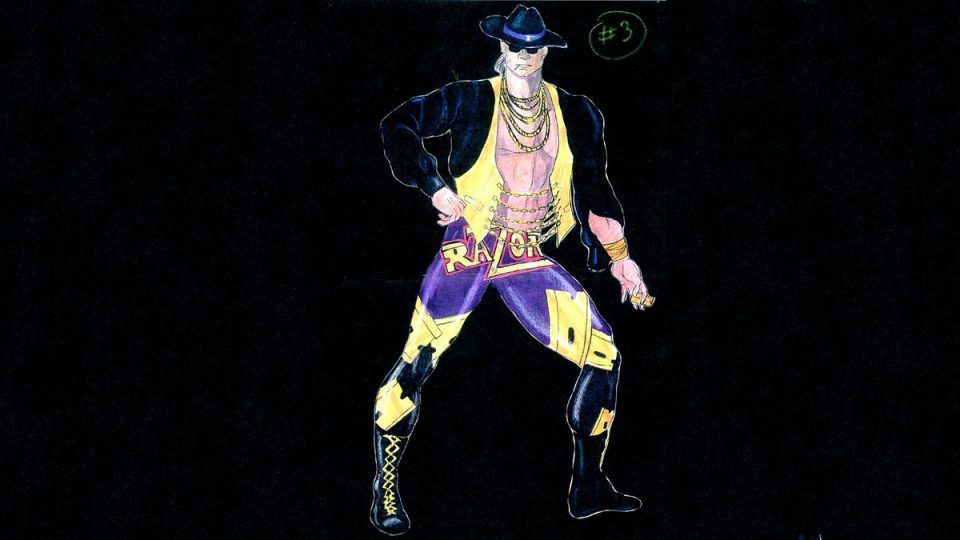 Add a pair of sunglasses and Razor resembles less of a crime lord and more that of a young Truman capote.

What’s interesting though is if you take away the pimp-tastic head-piece, the rest of the costume is close to what we initially got.

Even the Razor long tights, which Scott Hall wore for a few dark matches before making his television debut in August of 1992. 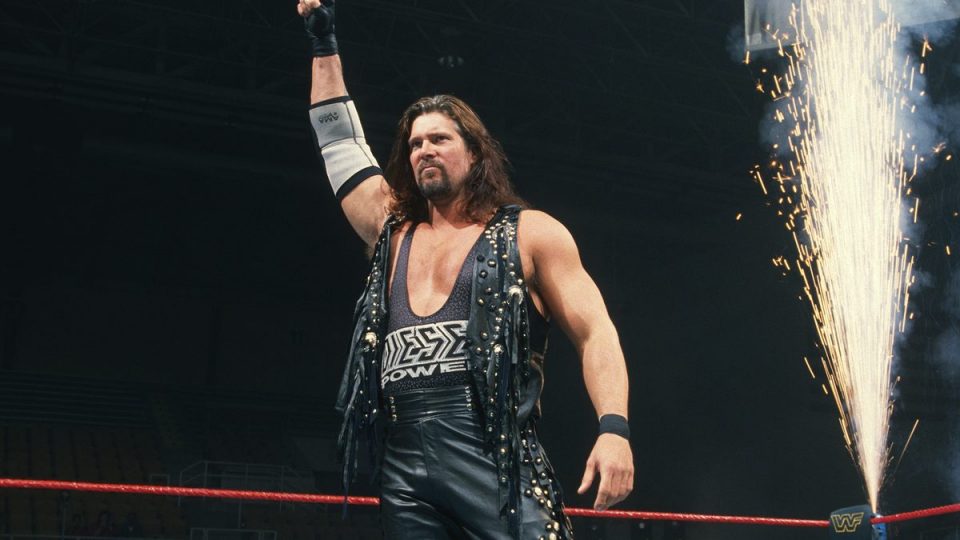 So what you will about Big Daddy Cool during his Diesel phase, but the man has always looked like a million bucks. This was almost dampened by some questionable costume choices. 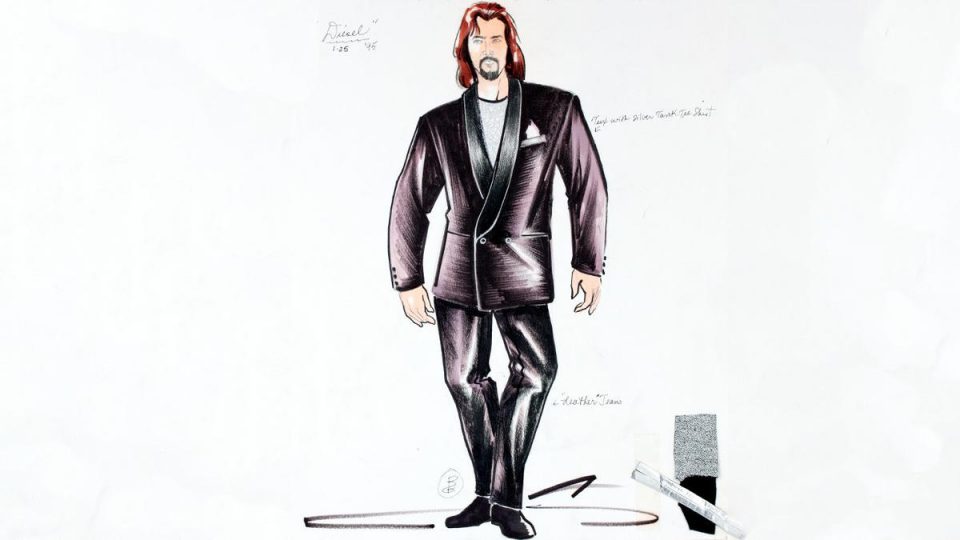 Nothing fits with a power truck-like hero more than a suave 007-style dinner jacket. 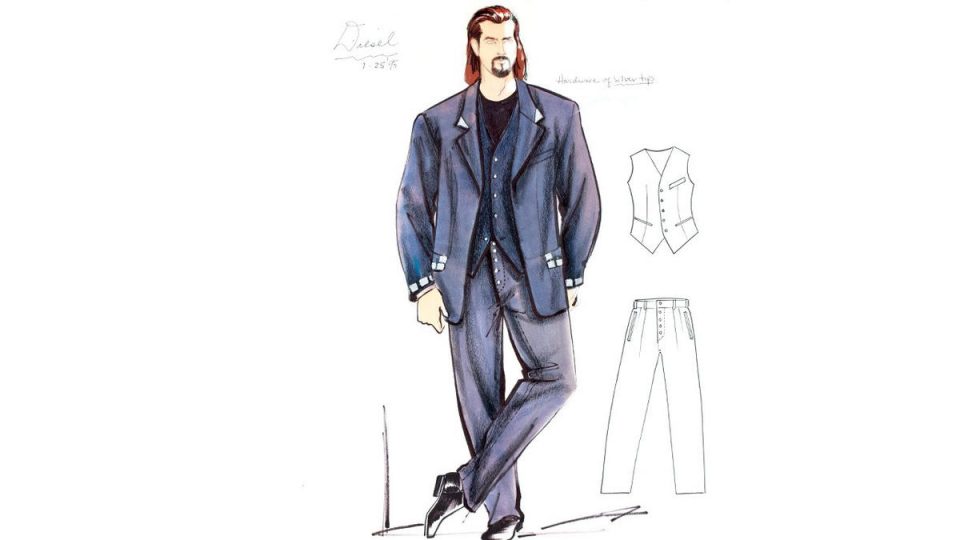 Or this delicious three-piece that looks more fitting for someone less likely to drop power bombs than they are their latest photoshoot for GQ magazine. 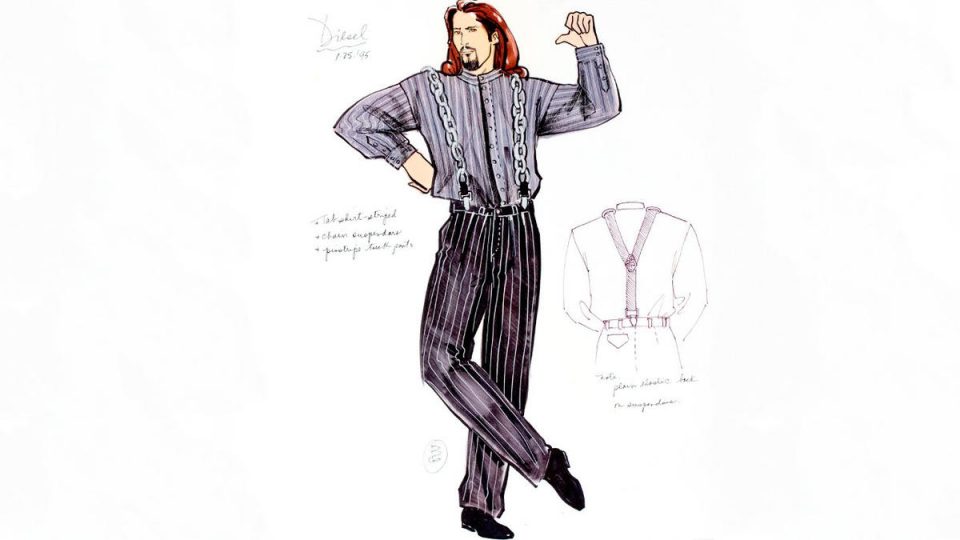 Metal chain suspenders may have aided with the tough powerhouse vibe, but don’t come crying to us when one of your nips gets caught in the links. 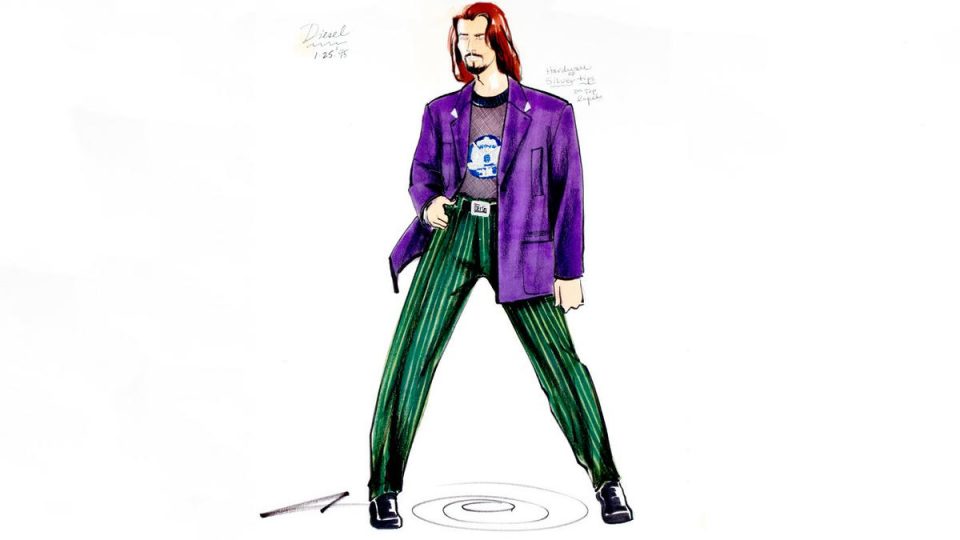 Then there is this delicious purple and green number, that makes it seem whoever wears it would spend less time cutting promos than laying out their diabolical plan to finally KILL THE BATMAN!

To be fair, if The Outsiders went with these initial get-ups they may seem foolish, but sure as hell fun to party with. 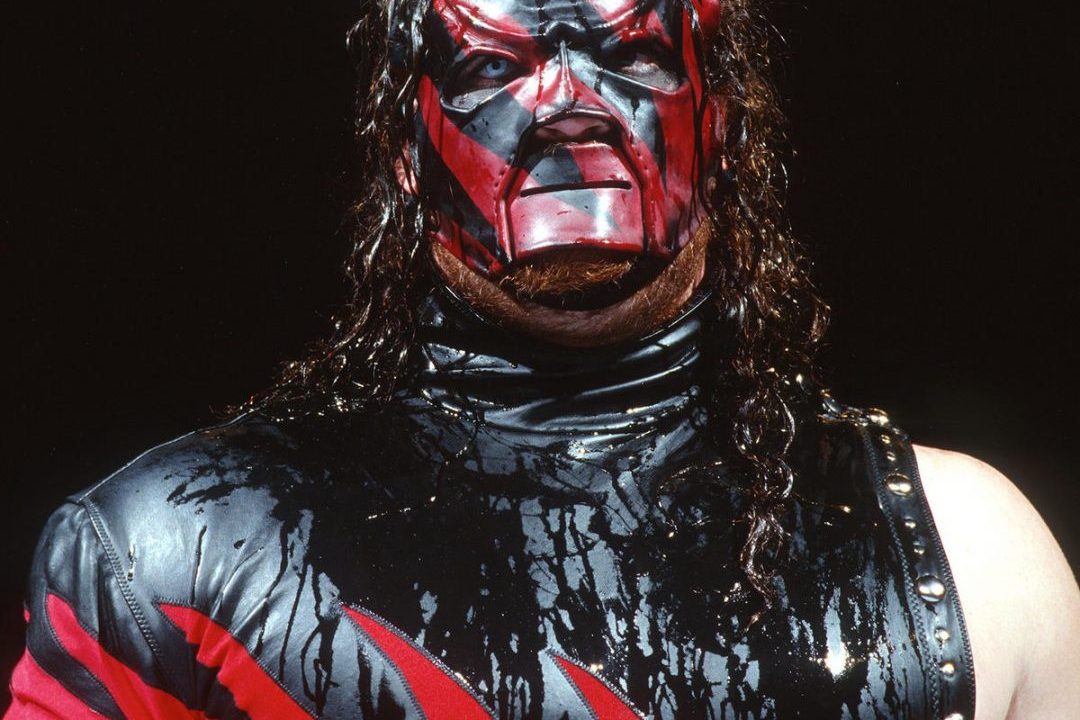 This draft for Kane’s ring gear seems very close to what we ended up with. 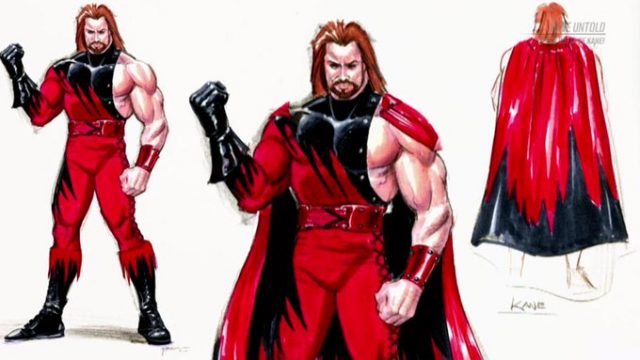 Everything’s there, the black on red, the one sleeve, glove, and exposed stitching. Even the cape famously made an appearance at a house show before his TV debut. 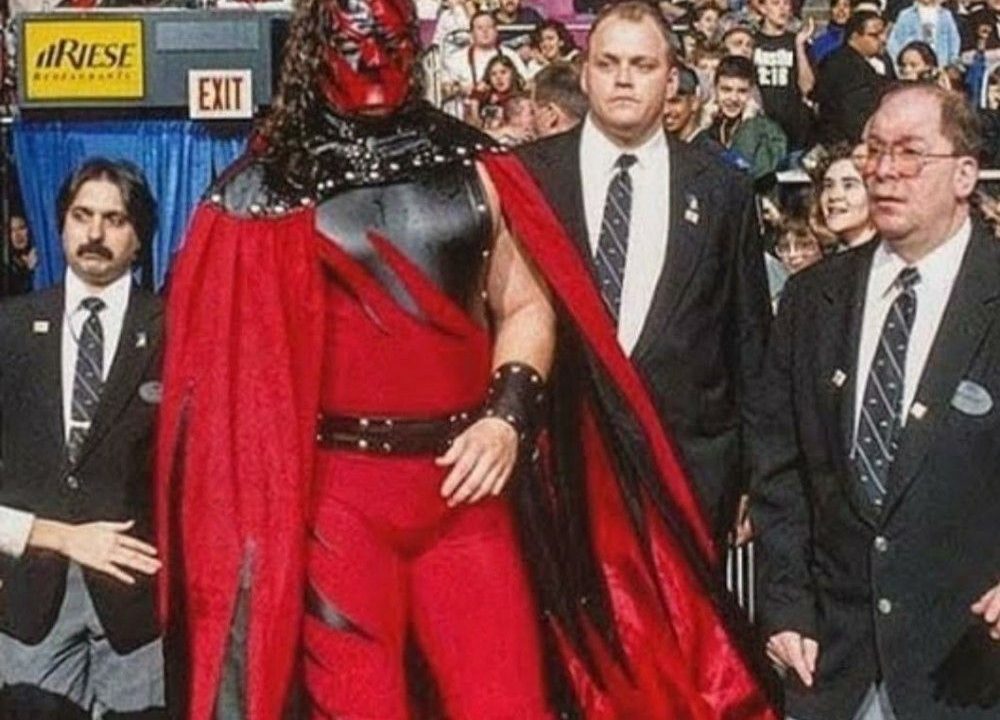 There’s just one thing missing…Kane has no mask!

Maybe the design was for the body part of the costume alone, but it seems like a lot of effort to draw a detailed face if that were the case.

It seems crazy to think that one of the biggest aspects of Kane’s character isn’t there. The mask brought a mystery to the big red machine and played a massive role in what made him so scary and straight-up cool.

Without it, he’s basically baddie red Undertaker, and one wonders how different things would have been if Glenn Jacobs never donned the iconic facial apparel.

The Fiend and Alexa Bliss 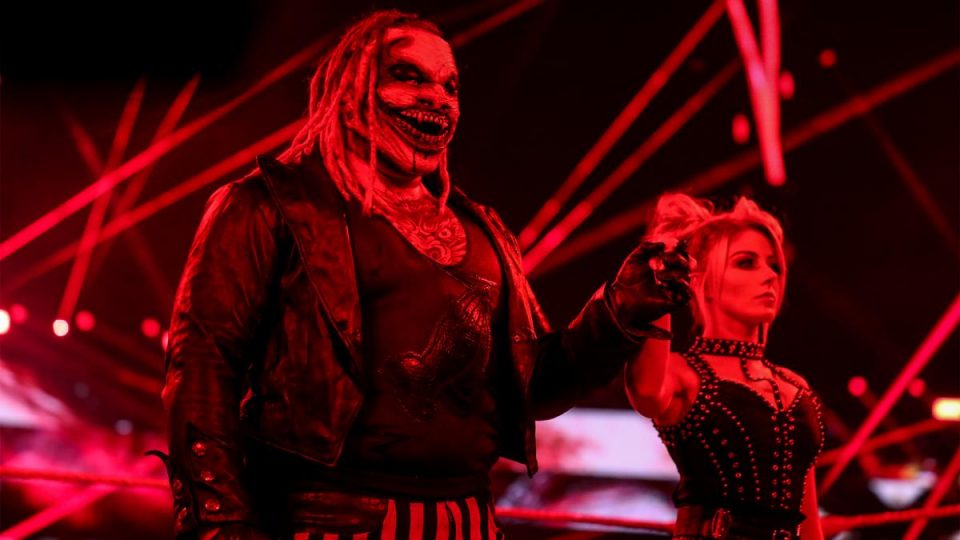 Ahhhh The Fiend. How excited we all were with the build-up for the new Bray Wyatt gimmick, and for a couple of months it was awesome. The WWE had a new, full-on scary monster heel.

Then things got weird, but not the right kind of weird. The strange thing is things almost got even weirder.

According to tattoo and concept artist Kyle A. Scarborough, one nixed idea was for the Firefly Funhouse puppets, each one displaying a different part of Bray’s personality, to come to life (performed by Bray himself).

The interesting idea sadly never came to light, but at least we got some concept art of what Huskus may have looked like.

Fun Fact: the WWE wanted to bring the #FireflyFunHouse alive, but @Windham6 would only do it if he played the characters himself.
Only one was mocked up, and this would've been the concept for FFH Huskus. It was hinted, but ultimately shelved.#TheFiend#BrayWyattpic.twitter.com/1DykU2B5Ch

Tribal tattoo-style makeup was one idea, but check out how creepy the mask she almost adorned was.

Fun Fact: During the beginning of @AlexaBliss_WWE's run with #TheFiend, I was asked to mock up concept art for a potential mask/makeup combo.#BrayWyatt#AlexaBliss#WWERawpic.twitter.com/LXIPv6SJjV

Maybe the idea was scrapped because it was a little TOO terrifying, or maybe it was left in the concept stage as resembled an old partner to a previous crazed mad man’s gimmick…

Al Snow would be proud.