Just because it’s a WWE game, doesn’t mean it has to take place in the confines of the ring!

WWE video games have been around for over three decades, and just because they may be mostly about wrestling that doesn’t mean they don’t have a variety to them.

They can be accurate fight games that concentrate on authenticity or arcade-style cartoony beat ’em ups. Turn-based card fighters or management simulators.

The only real rule is that they have to feature pro wrestling in some capacity. Or do they?

As you can probably guess from the title of this listicle, no, they do not, and so here are some WWE games that are only really WWE games in name only. 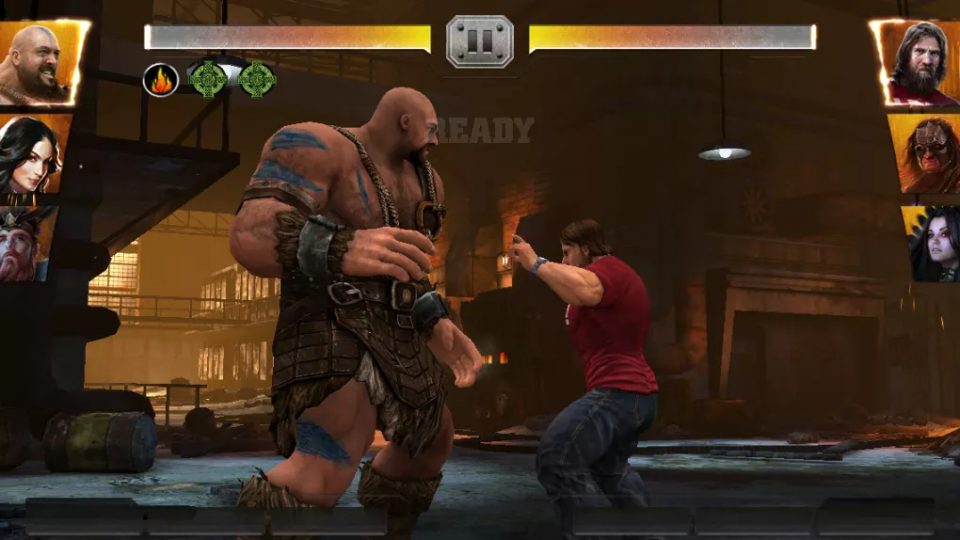 Imagine a WWE game created by the makers of Mortal Kombat. Well, you don’t need to, it exists, sorry for wasting your time.

In the mid-’90s Midway, the developer of the MK franchise, released WWF: Wrestlemania: The Arcade Game and its follow-up WWF: In Your House, two wrestling games made in Midway’s signature digitalized style, complete with wacky moves and combos. 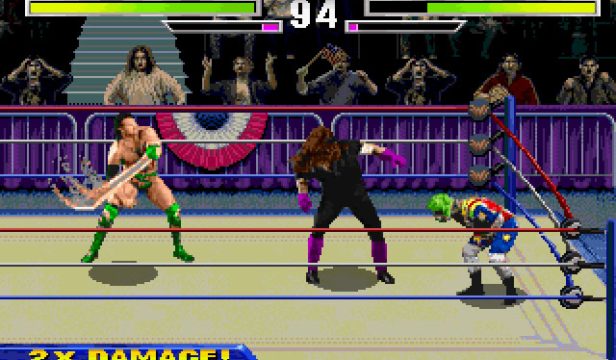 But imagine a modern Mortal Kombat WWE-style game, and WWE Immortals was probably the closest we will get.

After WWE: Brawl was sadly cancelled for consoles, Immortals appeared to be its spiritual successor.

Created by Neverealm Studios, the Warner Brothers-owned team behind Mortal Kombat and Injustice ever since Midway closed, Immortals was a mobile fighting game that reimagined WWE Superstars as supernatural warriors.

Set outside the confines of the ring and into the world of fantasy, Immortals featured wrestlers both old and new, with various gimmicks depending on how you wanted to play.

For example, you could play as the Greek god-like Pantheon Big E, The circus strongman Big E, or the superhero-type Evolved Big E.

There were even some nods to its Mortal Kombat roots, with Raiden Xavier Woods and Johnny Cage as stand-alone playable character (strangely not a Miz variant).

The wonderful and imaginative character designs made fans ache for a console version of the game. Sadly, it never came and the mobile version has been unavailable to play since 2018.

It’s a shame, as an arcade-style fighter in the same vein as Injustice would probably please fans more than the grotesque WWE Brawlers that was released a couple of years ago. 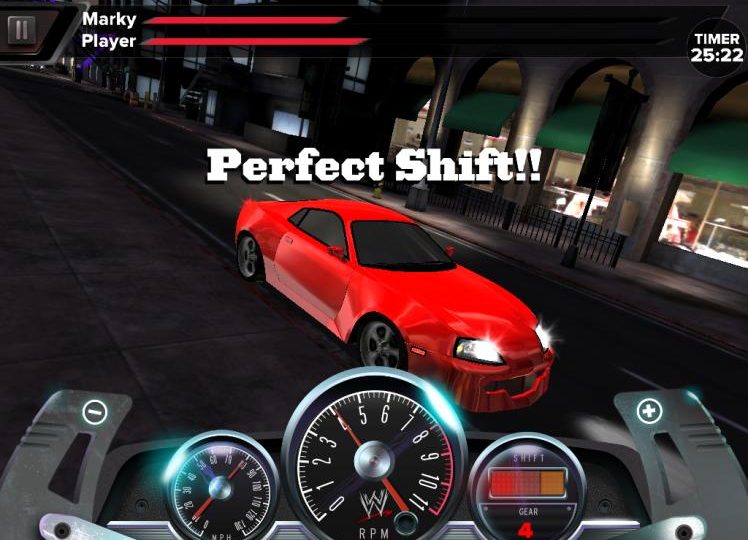 Two years before Fast Lane became a yearly PPV on the road to Wrestlemania, it was a mobile racing game featuring John Cena.

John Cena is a big race car fan, a passion that would see him in a starring role in The Fate Of The Furious, the 9th chapter of The Fast And The Furious franchise.

Until then, the only real inclination WWE audiences got that he likes to drive things really, really fast was his entrance at Wrestlemania 23, which saw him speed a Ford Mustang on his way to the ring to face Shawn Michaels.

Being a mobile game, it wasn’t as fun as it sounds, players didn’t have direct control over their vehicles, which were apparently inspired by Cena’s muscle car collection.

Instead, you were in charge of changing shifts through the cinematic drag races, and customizing your ride to ensure victory.

The only real determining factor that makes this a “WWE” game is a little cartoon John Cena popping up and shouting instructions at you. 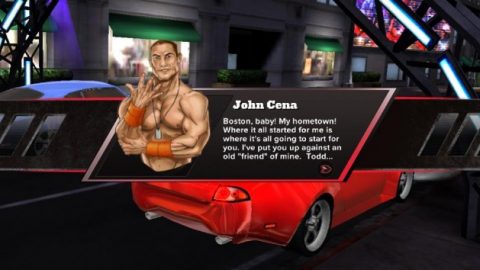 Sadly, no there were no other WWE Superstars appearing in Wacky Racer-style inspired cars to challenge you. That madness was reserved for another game on this list. 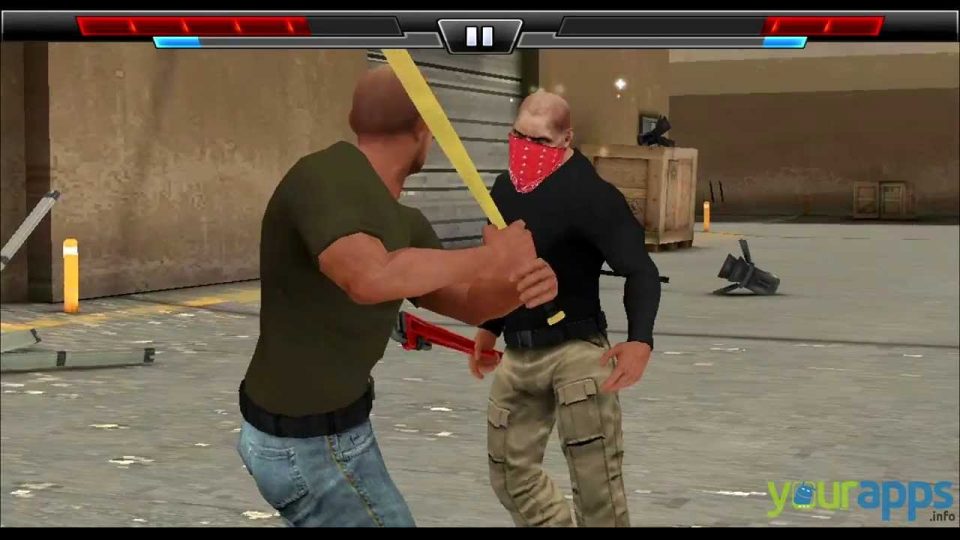 2013 was the year of Wrestlemania 29, headlined by Rock Vs Cena 2, so it made sense for The Great One to receive his own awful mobile game app that had nothing to do with WWE.

The premise sees The Rock step out of his movie trailer, not the WWE locker room, and proceed to punch a variety of other bald men whilst shouting his classic catchphrases. That’s about it.

One would throw a punch or block by swiping, and occasionally tapping the screen until the opponent fell down.

As you progress, you’ll gain a variety of costumes and weapons to wallop your opponent with and uncover the mystery of why everyone is so angry at the Brahma Bull.

Heaven forbid any of the “infected” or “contaminated” or whatever these not zombies are were other WWE Superstars. Instead, most of them look exactly like The Rock.

Maybe he’s battling a legion of disgruntled stunt doubles, or maybe the game has a deeper meaning than the only true enemy you have in life is yourself. Or maybe the game was just a cheap cash grab to capitalise on The Rock and Cena’s feud, you decide. 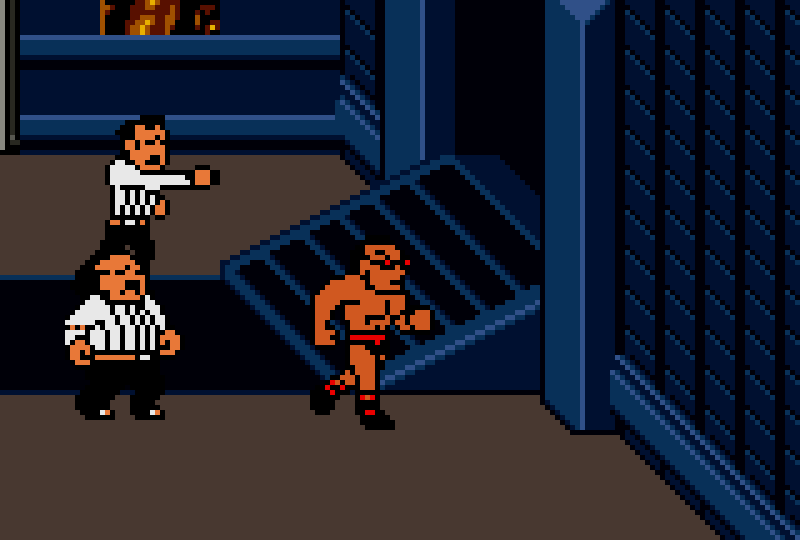 We are finally off the app games, but still on the mobile devices, with WWE Betrayal The Game Boy Colour.

WWF Betrayal was a side-scrolling beat ’em up developed and produced by THQ, Jakks Pacific, and Wayforward Technologies (the seal of quality) back in 2001.

Players could choose between The Rock, Stone Cold Steve Austin, The Undertaker, and Triple H. After a short cut scene showing your chosen superstar being screwed out of a title opportunity, the game begins.

You brawl your way out to the back and a panicked Vince McMahon begs for your help! Some no-gooder has kidnapped Stephanie McMahon, and if you help you’ll get another title shot.

You then spend the rest of the game strolling through exciting backdrops such as car parks and hotel lobbies, bashing baddies along the way with either your fists or weapons like pipes.

If the game utilized the link cable that Nintendo was pushing for games like Pókemon at the time it may have provided some two-player, Double Dragon, Streets Of Rage laughs. However, it didn’t, so you had to endure holding forward and mashing the punch button in solitude.

Who was behind the kidnapping in the end? Well, if you watched the Attitude Era for more than five minutes in your lifetime, the big reveal should be pretty obvious. 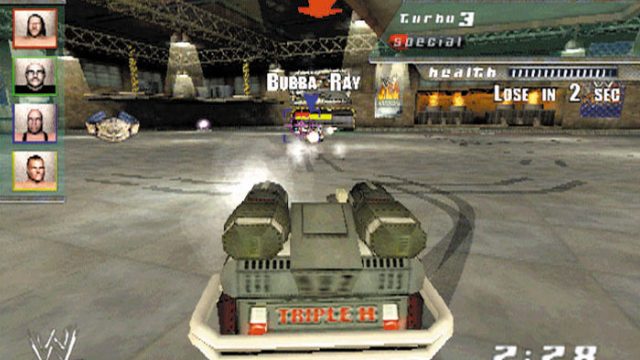 The mid-’90s to the early ’00s saw massive leaps and bounds in gaming as the format truly entered the third dimension.

As such, we got a massive boom in vehicular combat games. Destruction Derby, Carmageddon, Twisted Metal, Vigilante 8, and many more became bestseller titles until the format peaked in 2001 with the release of Grand Theft Auto 3.

The era of car combat was over, to make way for a legion of open-world sandbox GTA clones.

But no one told WWE that, and as such WWE Crush Hour was released in 2003.

In a fictional world where Vince took over all of entertainment, surprisingly enough he didn’t replace shows with 24-hour bodybuilding contests but instead conceived the idea of Crush Hour.

He would make his superstars drive custom-built cars with a variety of weapons and force them to blow the sh*t out of each other because that’s best for business.

Think Hogan Vs. Giant on the roof with monster cars at Halloween Havoc 98, but not lame.

That’s right, NOT lame. Unlike other games on this list, Crush Hour was actually good fun. The format may have been outdated, but let’s face it, WWE has never really had their finger on the pulse of the latest trends.

Released by Jakks Pacific and THQ, Crush Hour had a large number and variety of vehicles, from Undertaker’s “3-wheeled chopper” to Trish Stratus’s “German luxury car”

It also had a heap of unlockables to keep gamers playing, as this was before the days of add-ons and DLC.

Crush Hour didn’t change the world, but it was fun, which is quite a feat for a wrestling game that didn’t feature any wrestling.