Arnold Schwarzenegger has a spot in the WWE Hall Of Fame thanks to his many appearances on WWE television, but today we are looking at when the wrestling universe crossed over into the movies of Arnie.

Schwarzenegger has had a relationship with the world of pro wrestling that spans even longer than his acting career.

Before he ever barbarianed, terminated or commandoed, Arnold was famously a world champion bodybuilder, and it was at the first Mr Olympia he met fellow Hall of Famer Bruno Sammartino,and the two forged a lifelong friendship. 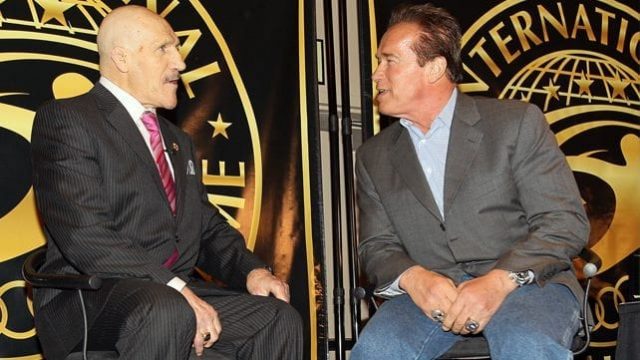 As he transitioned into a larger than life action hero, he needed enemies and co-stars that were as large, or larger, and the pro wrestling scene had an abundance of such characters.

So grab your broadsword, load your M60E3 minigun and dust off your book of ice and murder puns, as we set off to the land of high adventure! 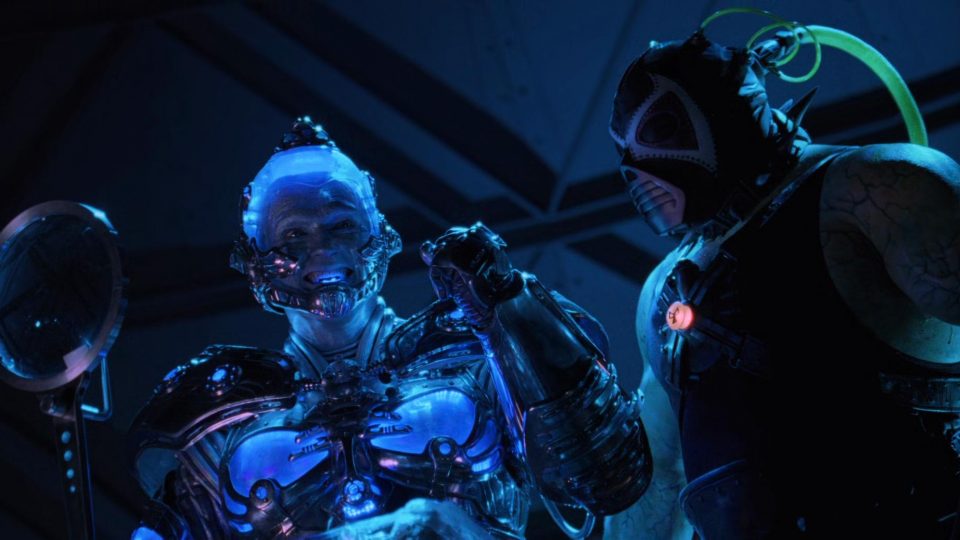 Batman And Robin is the fabled movie that starred Arnold Schwarzenegger as the frozen pun spouting Mr Freeze. It will also go down in history as a movie so bad it put ICE on the Batman movie franchise for over seven years.

The film also starred Robert Swenson as Bane. Starting his pro wrestling career in World Class Championship Wrestling back in 1987, Swenson would spend his career going back and forth between wrestling and playing bit parts in movies, including a pit fighter in the 1989 Hulk Hogan vehicle No Holds Barred.

His most known role in wrestling is probably that of The Ultimate Solution in 1996 WCW, as a member of the clumsily titled faction “The Alliance To End Hulkamania,” and his most known movie role is probably Bane.

Of course, this Bane was a far cry from the calculating strategist known in the comic books, and was probably more inspired by Hulk (the incredible Marvel character, not the Real American vitamin eater) what with him being a big green monster that smashes everything.

Freeze teams up with Poison Ivy and Bane, or Mr Bane as the cold-blooded Dr affectionately calls him, to form The Alliance To End Batmania. Sadly they were successful but in reality, rather than the plot of the movie.

Swenson would sadly pass away in August of 1997. 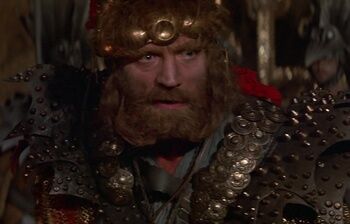 A former judo champion, Pat Roach would use his martial art skills to his advantage when starting as a wrestler in 1960.

As his career in films grew, so did the affection from the wrestling fans and Roach became a household name on the British wrestling scene.

He may have never ascended to the acting heights of Dwayne Johnson, normally playing bit parts and henchmen, but he did appear in many legendary movies made by many legendary directors, like Stanley Kubrick and Steven Spielberg, a resumè many actors would love to have.

Red Sonja was a sword and sorcerer adventure starring Bridget Nelson in the title role, and Arnold Schwarzenegger as Lord Kalidor.

Originally Kalidor was supposed to be Conan, but due to licensing issues from Marvel Comics who had their own separate Red Sonja and Conan team up separate from the Robert E Howard books, this couldn’t be the case.

Quite similar to the “unofficial” Bond film Never Say Never again, which also featured Roach, but we digress.

Roach would battle Sonja as bandit warlord Lord Brytag, but he made his official debut into the Conan-verse a year prior as evil wizard bastard Thoth Amon in Conan The Destroyer. 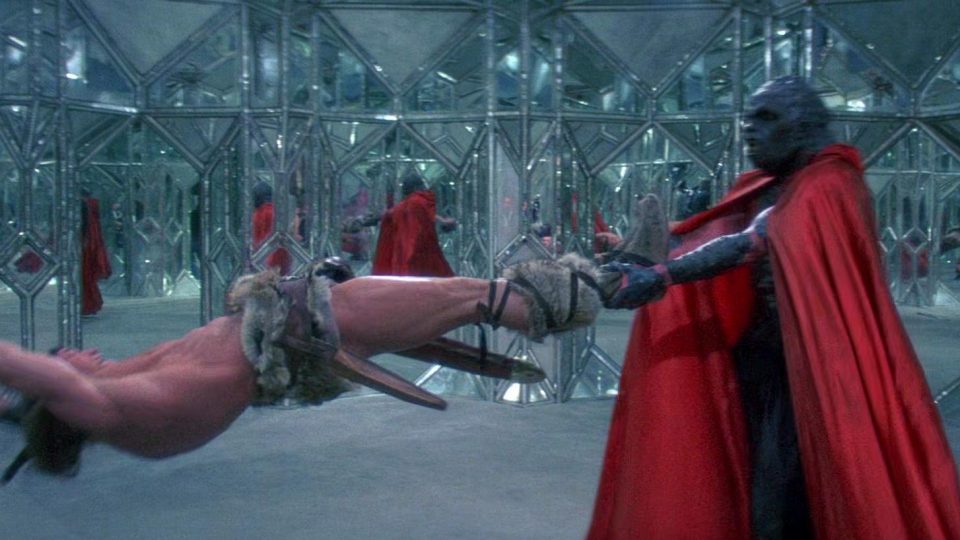 This leads us to…

Andrè The Giant- Conan The Destroyer 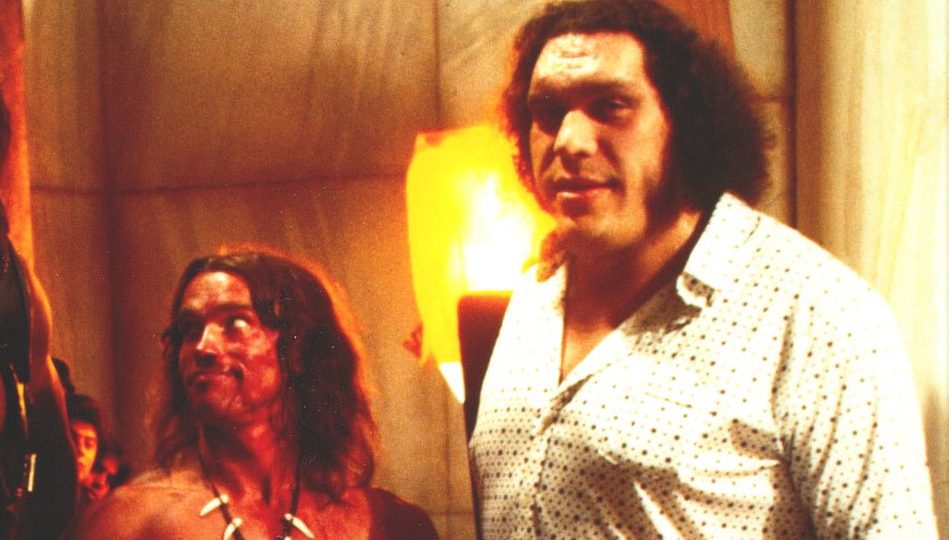 After escaping Thoth Amon’s castle, Conan and co. head to the final act of the film where an even bigger foe awaits. The fearsome Dagoth, played by an uncredited André The Giant.

André had already gained experience-playing beasties before 1984’s Conan The Destroyer, portraying Big Foot in The Six Million and “The Monster” in The Greatest American Hero.

So when Conan returned the horn of Dagoth only to awaken the fearsome beast, André was the perfect choice to play the terrifying Paleolithic god.

Sadly you never see André’s face in the movie as he was covered by a costume designed by special effects master Carlo Rambaldi, the same man responsible for creating E.T and the Xenomorph head in Alien.

André did appear in normal form to capture this amazing photo though. 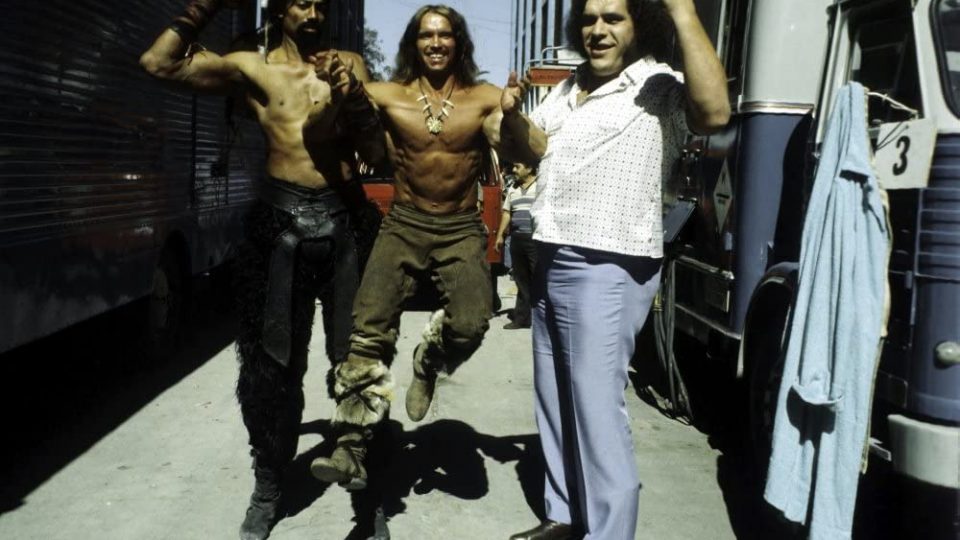 After Conan, André would return to the land of fantasy sans mask, playing the lovable Fezzik in The Princess Bride, a role as far from the evil Dagoth as you could get.

Paul Wight -Jingle All The Way 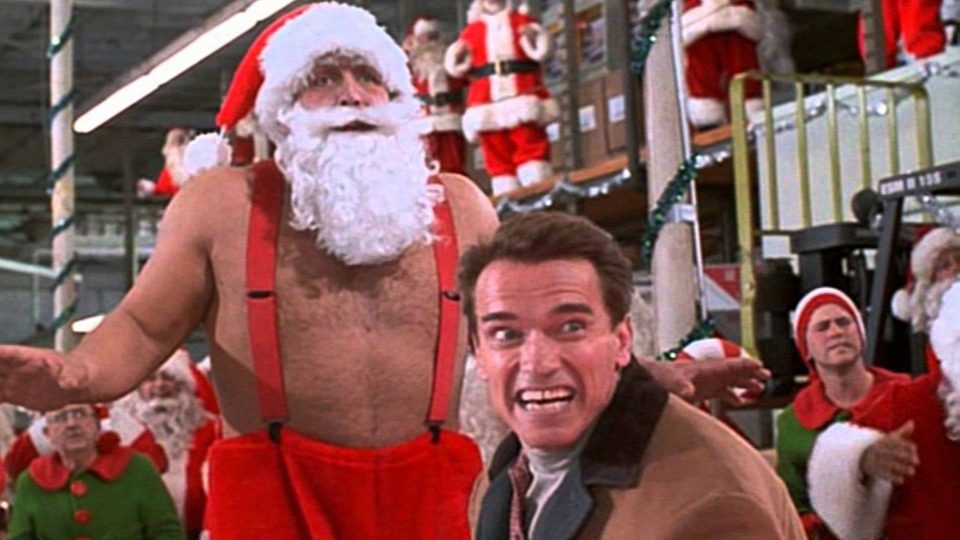 As the ’90s began Arnold started producing more family-friendly comedies, one of which was Jingle All The Way.

The 1996 movie features Schwarzenegger playing a father desperate to get the must-have Turbo Man action figure for his son for Christmas. His adventures lead him to a rumble with a gang of seedy mall Santas.

A still green Paul Wight had recently begun his wrestling career and has a blink and you miss it cameo as a giant Santa during the ruckus.

Speaking to The Bump, the artist formally known as Big Show revealed what happened the first time he met Arnie on set.

Whilst shooting a scene he was dangling from the ceiling on a harness when a cigar-chomping Schwarzenegger strolled up to the dangling goliath and asked him a question.

“Are you having a good time?”

And with that, Arnie slapped the giant full force in the nuts. A memory Wight will never forget, but apparently, Arnie did, introducing himself for the first time in every subsequent meeting since. 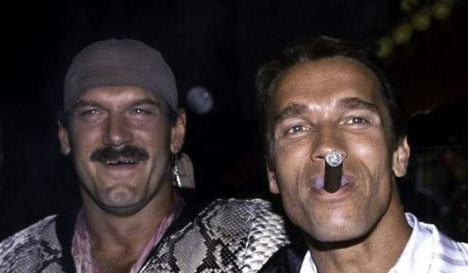 As if there was any doubt, Jesse “The Body” Venturamain events this list for featuring in three different Arnie films.

First, we have The Running Man. Based on The Stephen King novel of the same name, The Running Man is set in a dystopian future where a television game sees convicts battle for their lives against a group of hardened warriors known as Stalkers.

Jesse does his best Dan Severn impression, sporting a moustache and HAIR for his role as former stalker Captain Freedom, lured out of retirement for one last fight with Arnie.

Then we have Ventura’s biggest role in an Arnie movie, and arguably in any movie, as Blaine in the beloved original Predator. 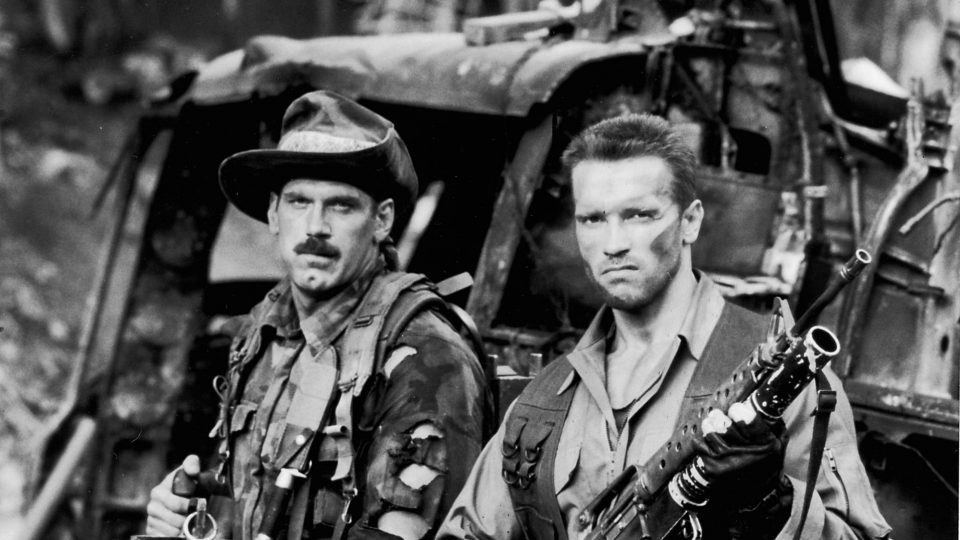 Rather than slap Ventura in the balls, Arnold’s jokes were more cerebral. As JR would say, the Austrian Oak would play “MAHND GAMES” asking the wardrobe department to convince Jesse his arms were bigger than the former Mr Olympia’s, so he could embarrass him at the gym.

That Arnie sure has a weird sense of humour.

The friendship would continue with Arnie giving Jesse a cameo scene as an Arkham Prison Guard in Batman & Robin.

Despite both men following a similar career path as they both ventured (or should that be Ventura-ed) into politics the two sadly had a falling out in 2016, so don’t expect any more teams ups coming any time soon.

As well as featuring grapplers in his films, Arnie has made multiple appearances on WWE television promoting various movies and campaigns. It seems Arnold is a genuine fan of the business, and his spot in the Hall Of Fame is well deserved.