Hey yo. Whilst tributes continue in honour of Scott Hall, let’s take a look back and see how the bad guy’s legacy impacted the business.

The passing of Scott Hall last week devastated the wrestling world, and understandably so.

Around ten years ago Hall tackled his demons head-on, with the help from his friends DDP and Jake The Snake Roberts.It was an absolute joy to have Hall back in better shape both in body and mind. 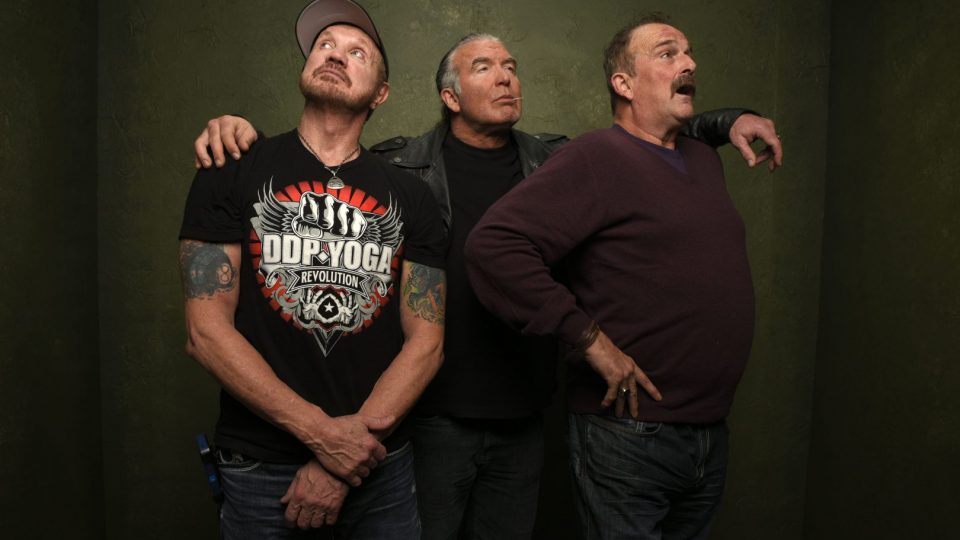 It gave us another decade of awesome Scott Hall moments, from epic Hall Of Fame speeches, dream DX vs nWo showdowns, and passing the “too sweet” baton to a new generation. 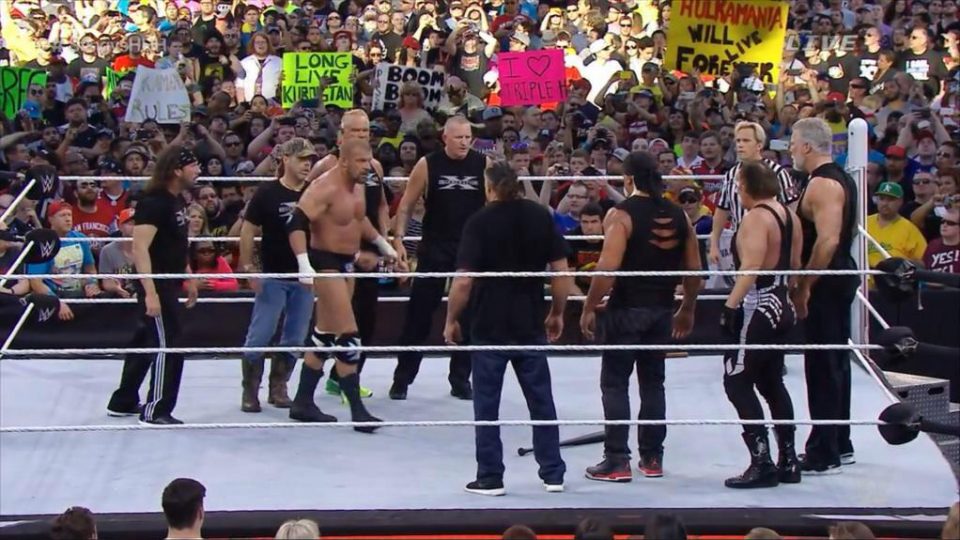 It also gave us many insightful, educational, truthful, and often hilarious insights into the pro wrestling industry from a clear-headed perspective of a man who had been through hell and made it through to the other side.

It’s one of the many reasons why his sudden death was so tragic and heartbreaking. While looking back and celebrating Hall’s life, one can only be in awe at how much he changed the industry, seemingly effortless, maybe even unknowing, whilst oozing that cool machismo all the way.

So here are five moments in wrestling history to be thankful for that may not have happened if it wasn’t for Scott.

He Helped Bring The Ladder Match To The Mainstream 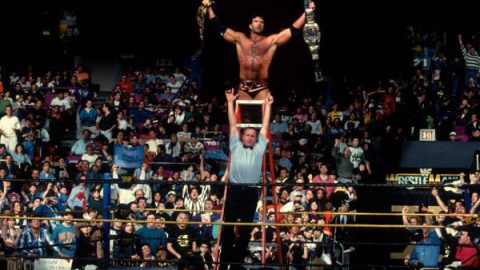 However, in 1994 at Wrestlemania X, Ramon and HBK gave mainstream audiences their first glimpse at a match type that would go on to become a WWE staple.

While it may lack the table-crashing high spots that future ladder battles would include, the pure brilliance of storytelling, plus the energy of a crowd that had never witnessed such a spectacle, would ensure its place as one of the greatest in history.

Alongside Bret vs Owen Hart, the ladder match would help propel an otherwise lacklustre tenth birthday for Mania. This battle would see an encore a year later at SummerSlam 1995, in what some consider an equally brilliant bout.

Razor and Shawn lit the torch that would be carried on by many, who would evolve the ladder match into a stipulation so beloved by fans it eventually spawned its on PPVs in the form of TLC and Money In The Bank.

He Invoked Wrestling’s Most Popular Era 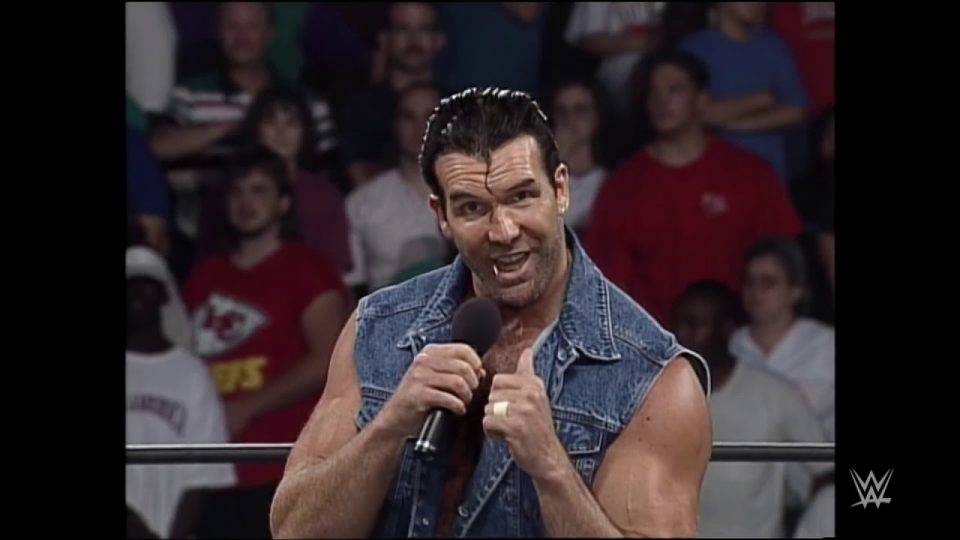 We all know the story. Razor Ramon and Diesel made their last appearances on WWF television at In Your House 7 on April 28th, 1996.

The following month, on the May 27th edition of WCW Nitro, Scott Hall would make his way through the crowd during a match between Steve Doll and The Mauler.

The uninvited guest would “invade the ring,” grab a mic, and addressed the people, telling them “You all know who I am, but you don’t know why I’m here”…

He would then go on to tell the crowd he was there to start a war, and he did exactly that.

Over the coming weeks, Scott would soon be joined by his best bud Kevin Nash, and more and more people would turn their heads to WCW.

The next month, Nitro would beat Raw in the ratings, starting the fabled 83 Weeks in which WCW’s flagship show was dominant over WWF. The Monday Night War had begun, as had pro wrestling’s most popular era.

He Was The Catalyst For WWE’s Guaranteed Contracts 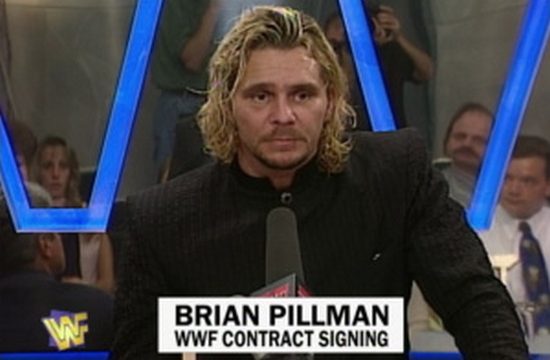 WWE performers may be independent contractors, but at least they have the safety of the contract being guaranteed, and it’s all thanks to Scott Hall.

Although Hall’s last performance was in April, he actually telegraphed his notice to the fed in late February. Kevin Nash would soon follow.

So the next month, when negotiations began between Marc Mero and Vince McMahon, Vince offered Mero a guaranteed contract, to help ensure that no one else would leave the company and make a shocking debut on the rival brand’s show.

Soon after that Brian Pillmanwould join the company and was the second person to be granted a guaranteed contract, and from then forth it became the norm.

The departure of Scott Hall and Kevin Nash may have been a big loss for the WWF, but it was a massive gain for all future WWF employees. 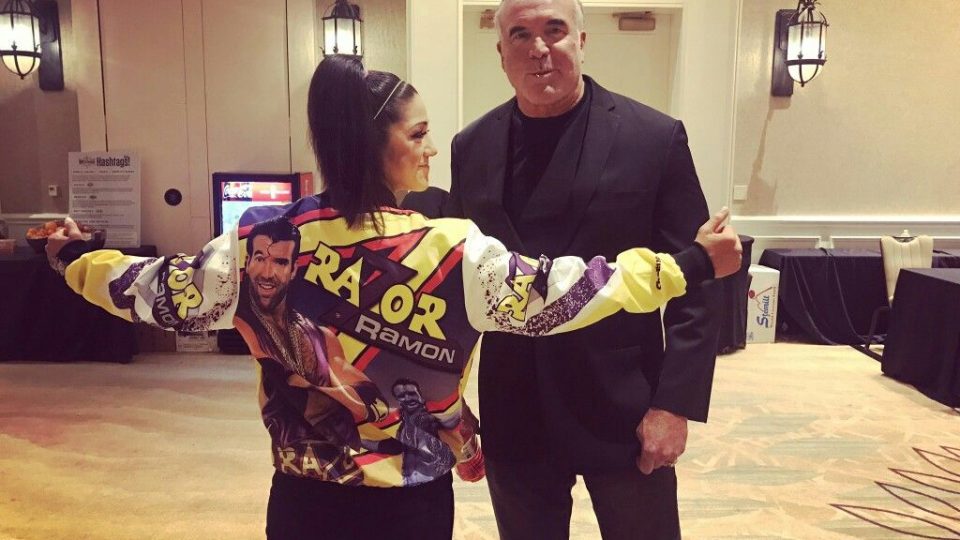 Pro wrestling T-Shirts are so popular quite a few independent wrestlers rely on sites such as Pro Wrestling Tees as their main source of income.

Of course, the big boom of wrestling shirts began in the Attitude era. But before tops informed us of the proverb of Austin 3:16, or football jerseys told us to “Suck it” the first mega-shirt was that of the nWo.

Nitro crowds would become a sea of black and white, with fans in attendance adorned in nWo shirts with cult-like appreciation. 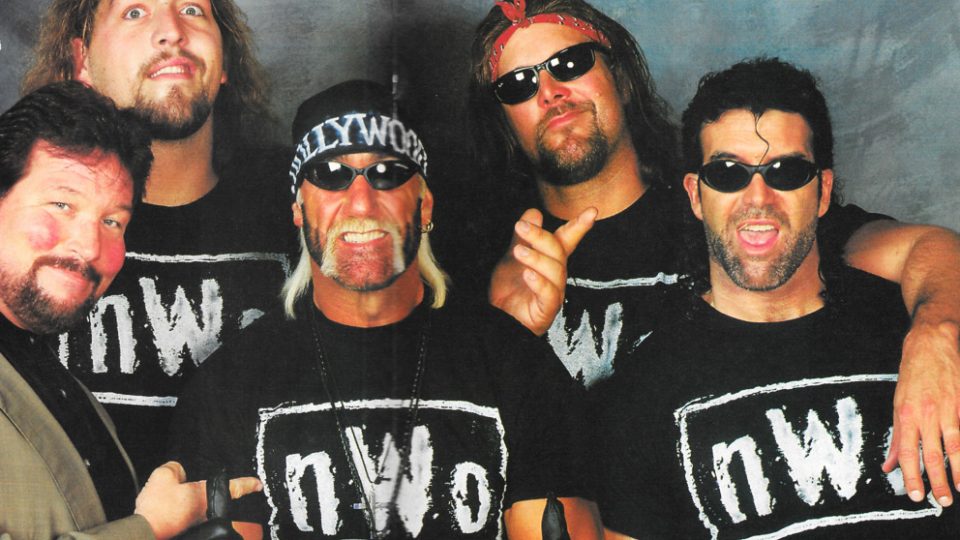 In fact, as overheard by Hall himself at a convention, if you own a nWo shirt that DOESN’T have the words printed under the letters, like in the photo above, congratulations, you owned one of the original WCW ones that are considered quite the collector’s item!

On top of that, Razor Ramon’s Scarface-inspired coolness is still revered today, with artists like Drake wearing tops with the Bad Guy’s face printed loud and proud. 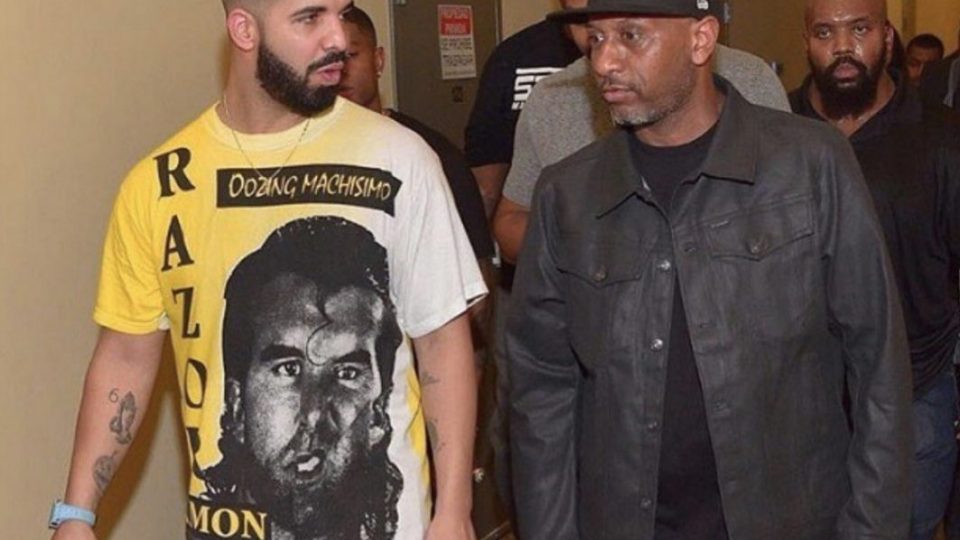 So why is the Scott Hall appreciation still so strong? Well, maybe it’s the fact…

He Made Being The Bad Guy Cool 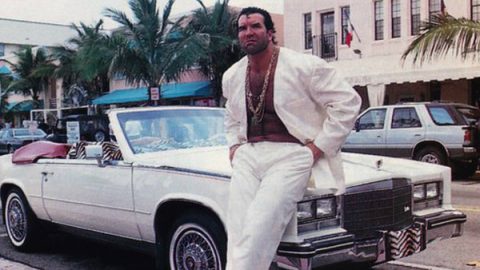 At first, Razor Ramon was an utter b*stard, spitting at people and berating others he thought were lower than him. He wasn’t called the bad guy for no reason.

But Scott’s effortless charisma and charm were so likeable that when he did eventually make the turn to babyface, he didn’t have to change his gimmick and start encouraging kids to say their prays and eat their vitamins.

He retained the same cool and bad-ass attitude, but inflicted it on even badder guys, getting the audience on his side.

Then of course, once again, there is the nWo. Aside from the Wolfpac and various other spin-offs, the New World Order remained a heel faction throughout their run, but that didn’t stop them from being the hottest act in the business.

Good guys and bad guys were no longer black and white, like the nWo t-shirts. Pro wrestling had introduced shades of grey.

So when superstars like Austin and The Rock hit the stratosphere in popularity, it was done after a turn with very little change from their heel personas. It’s a tactic WWE seem to be using to this very day.

After years of trying to shove Roman Reigns down fan’s throats as the top babyface, the second WWE made him heel he became more popular than ever, and hopefully, the trend remains with his inevitable face turn.

But who started this trend? Survey says, one more for the bad guy.