As WWE prepares to “go Hollywood” once again for WrestleMania 39, we take a lot back at past tributes to Tinsel Town.

It’s official, WrestleMania 39 is taking place at the SoFi Stadium in Inglewood California.

Judging by the announcement trailer and new logo design, it looks like the company is once again embracing the glitz and glamour of the red carpet with a Hollywood-themed show.

WWE and cinema are two things that go hand in hand. Both are performances that feature baddies and goodies telling stories to thrill audiences.

It boggles the mind why WWE Films produced so many duds. Take John Cena for example. Over the last couple of years, big match John has become one of the hottest stars in movies, something WWE squandered with flicks like The Marine and 12 Rounds.

Still, one thing they do get right is a good old-fashioned movie parody, and the smart money says early next year we will be bombarded with a few more to help promote The Showcase Of The Immortals.

So what better time to take a look back at a few classics?

To celebrate the Crimbo season five years ago, WWE produced a couple of homages to Christmas movies on their YouTube account.

First, we have “An Elf Among Men” in which the monstrous Braun Strowman does his best Will Ferrell impersonation, walking around the streets in full Buddy The Elf regalia. 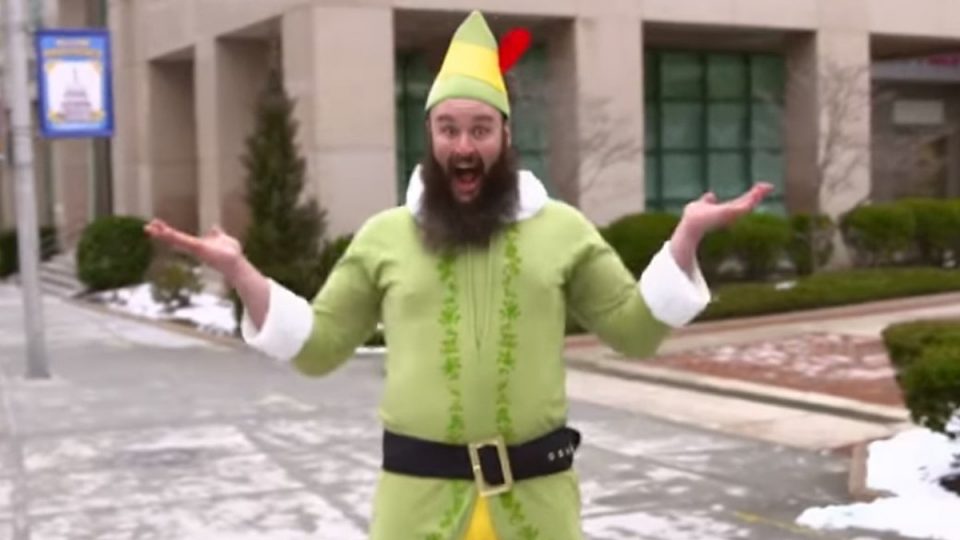 Highlights include Braun burying the cruiserweight division by mistaking Drew Gulak for a fellow elf. Probably not the best way to get 205 over, but it was quite chucklesome at the time.

Next, The Miz and his family got involved with the fun in A Christmiz Story. 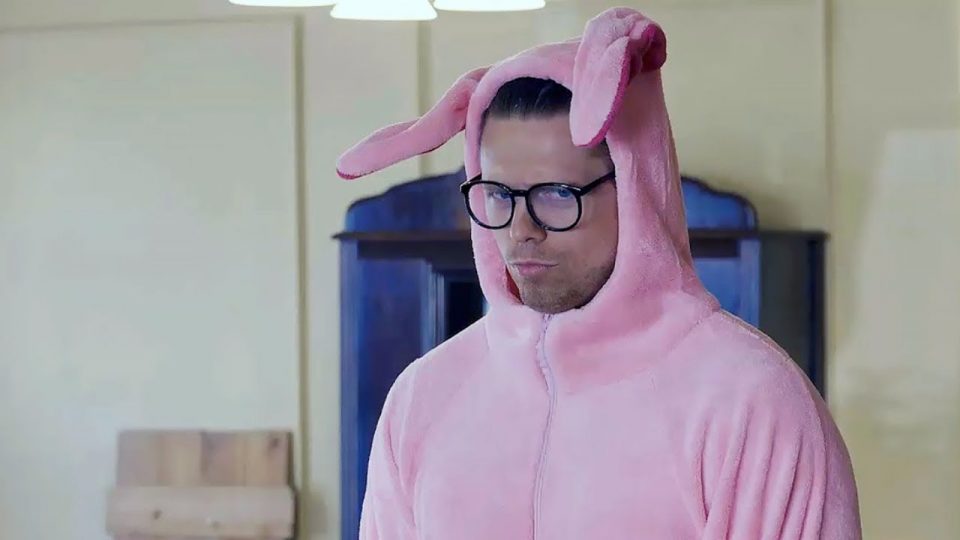 The Miz, Maryse, and momma and poppa Miz would reenact scenes from the American (but not really anywhere else) classic.

Some of the movies on this list have had multiple parodies made. AEW would produce its own “Christmas Story” in December of 2020. 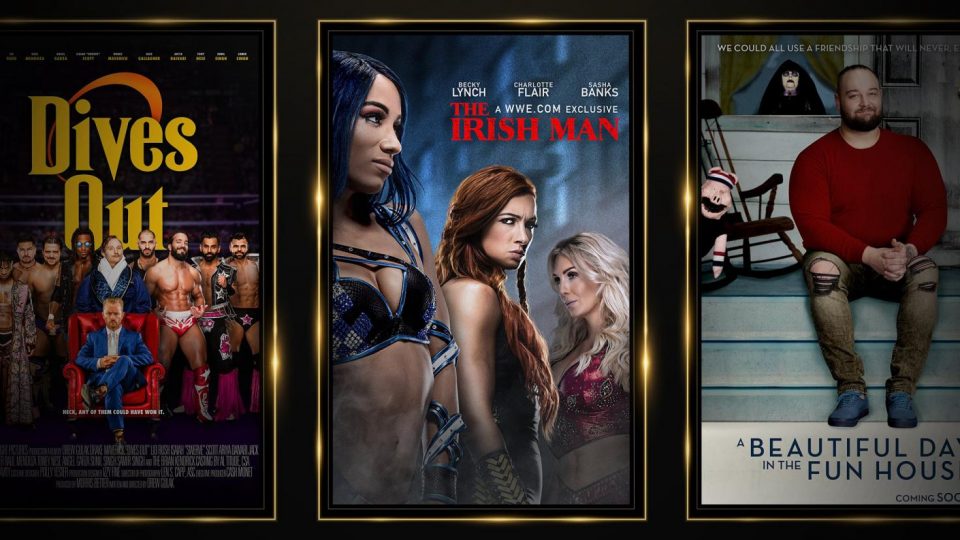 Before the world was destroyed by a horrible virus for two years, and before Will Smith’s career was destroyed by him deciding to layeth the smacketh down over a GI Jane joke, The Oscars 2020 was one of the last big events that took place before the dark times.

And what an Oscars it was! Rather than be dominated by 3-hour snoozefests that examine the human condition the nominees were actually great, enjoyable films that gave the event more hype than it had in years.

What films may you ask? Well, WWE provided movie poster parodies of the nominations to help everyone get in the mood. 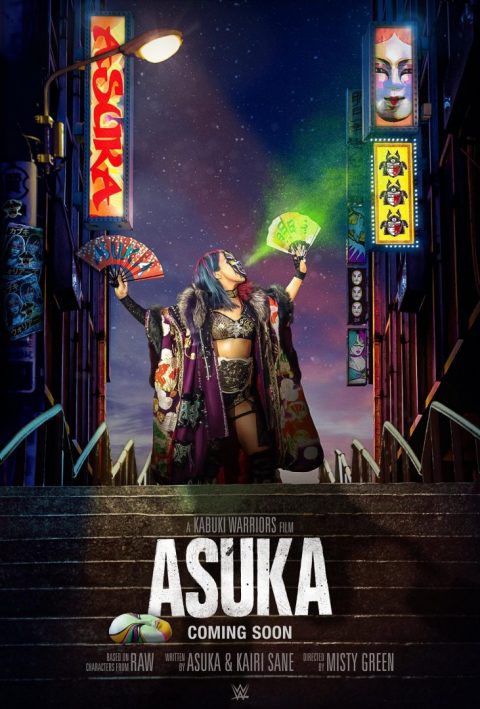 Ziggler and Miz got their Tarantino on in a tribute to the epic Once Upon A Time In Hollywood. 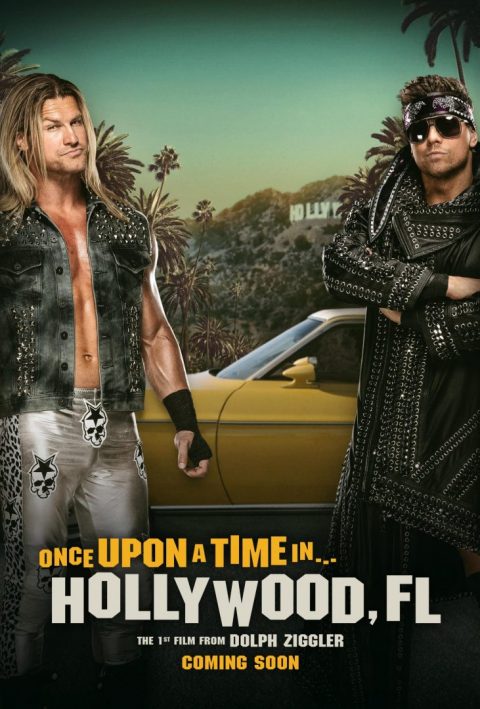 Another pop at 205 Live with this Knives Out poster. 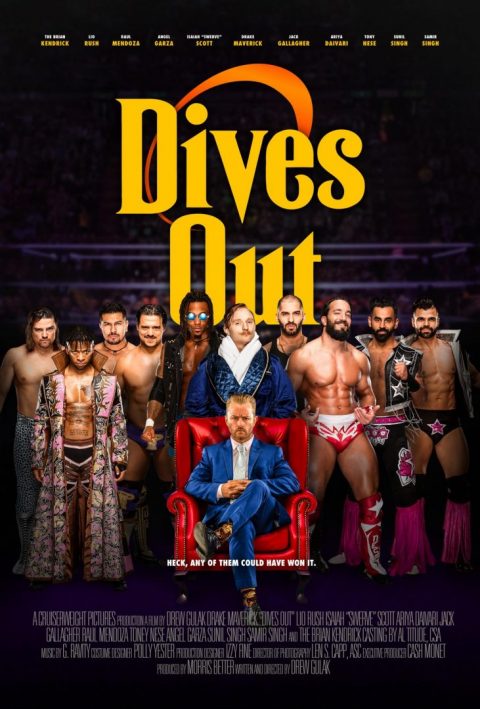 And of course, Big E channeling his inner Judy Garland. 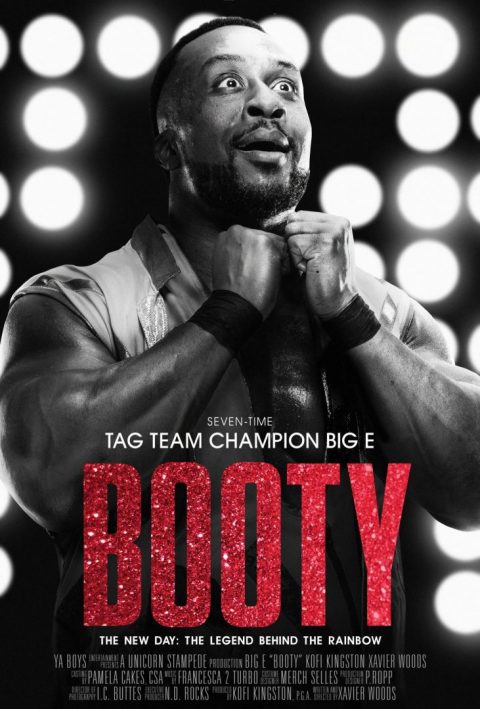 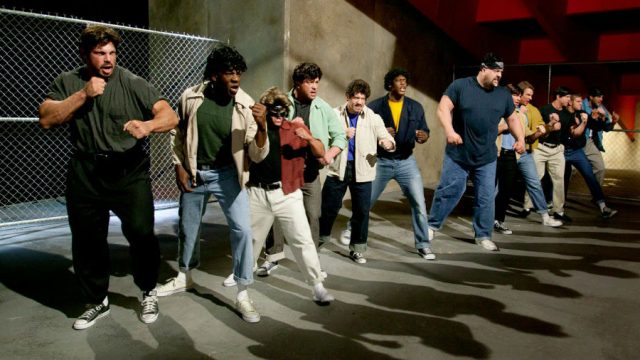 Fast forward to the Oscars 2022 and Steven Spielberg’s remake of West Side Story earned itself a few nominations, with Ariana Debose picking up the best supporting actress gong, eerily precisely 60 years after Rita Moreno won it for the very same part!

Not wrestling-related, just a fun fact there. Now back to the graps.

West Side Story is a musical that features choreographed fight dances known as “rumbles” making it prime for a WWE parody, and for the 2005 Royal Rumble that emulated from California, they did just that.

Superstars like Triple H, Ric Flair, JBL, Big Show, and many more leaned against walls and finger clicked, cosplaying as the Jets and Sharks, before breaking into a number about how there can only be one Royal Rumble winner!

The advert ends with a dishevelled Vince waking up in bed, declaring “That’s not the type of rumble I had in mind!”

The highlight of the trailer has to be the amazing wigs each superstar has adorned to their head. Rey Mysterio even has his rug on over the top of his mask, creating one of the most underrated images in WWE history. 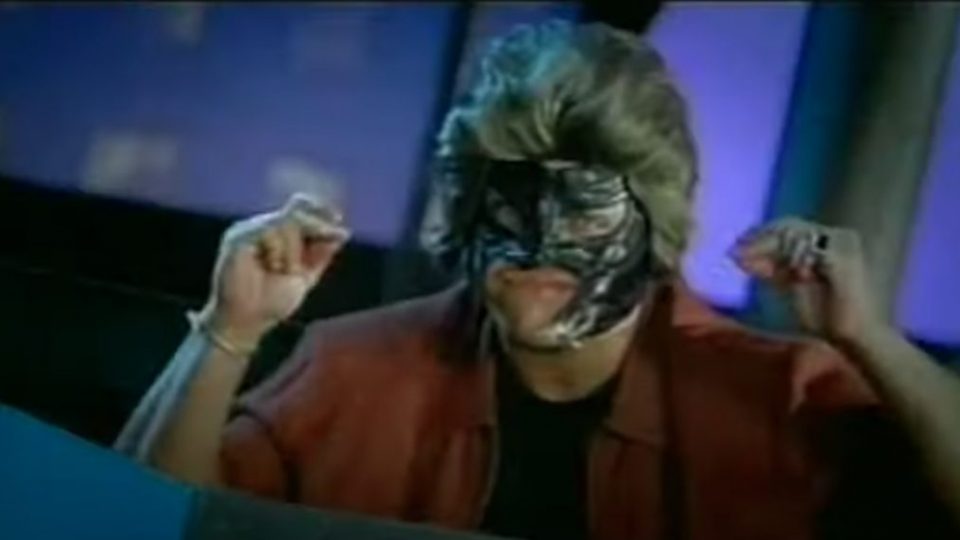 Batista ended up being victorious in that year’s event. Sadly, the show did not conclude with him singing “I Want To Win WrestleMania” to the tune of “I Want To Be In America” pointing at the WM sign, whilst a sat Vince with double torn quads looked on.

One thing is for sure. It certainly wasn’t the rumble Vince had in mind. 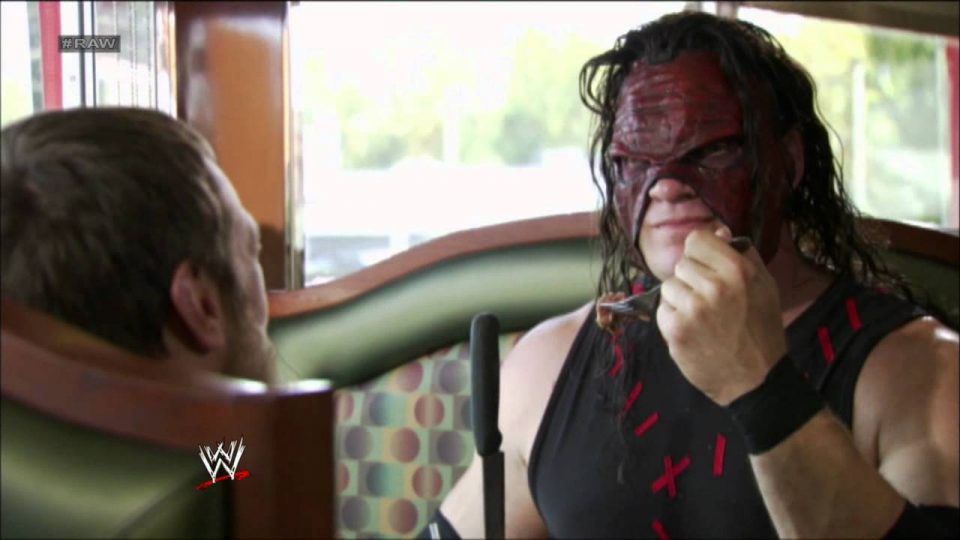 In 2012, to coincide with a Charlie Sheen tie-in that never really happened, Daniel Bryan and Kane took “Anger Management” classes to try and settle their differences.

Although we never got a face-off between Sheen and Bryan, we got something far better. Team Hell No was a tag team that was ripe for many comedic opportunities.

One such vignette saw Bryan and Kane in a diner for a parody of “When Harry Met Sally”. Rather than the infamous demonstration of a fake orgasm, the two spoke about how much fun it was to kick ass.

Kane starts hammering the table with his fist, whilst Bryan starts shouting “YES!” louder and louder. After the two “climax”, the camera reveals the late Mae Young sitting at the dinner counter, who orders “exactly what they’re having!”

This wasn’t the first time WWE parodied When Harry Met Sally, as evident in the final entry on this list… 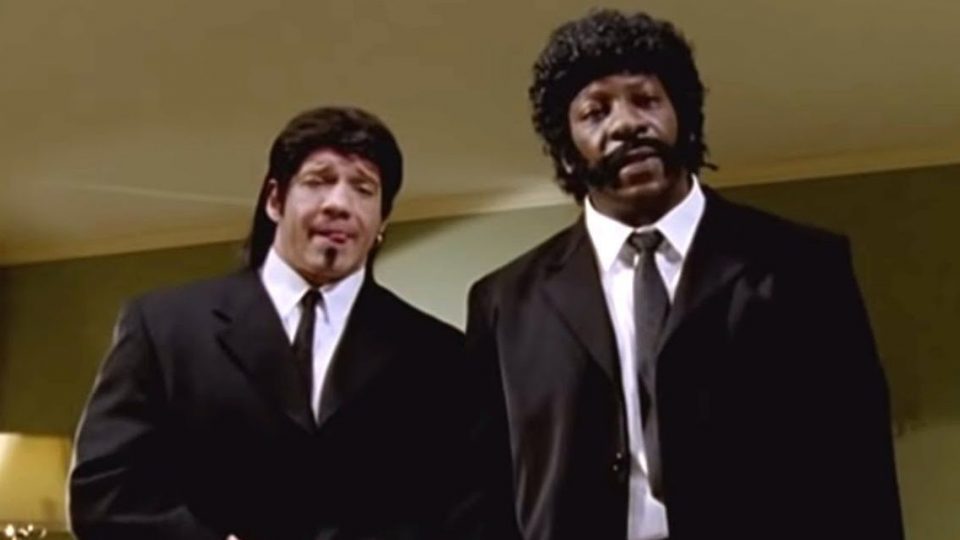 Ah WrestleMania 21, was probably the first thing that went through your head when you read the title to this list.

Following the 2005 West Side Story Rumble, to promote the Hollywood event WWE made a series of vignettes parodying famous movie scenes, including (deep breath):

TNA would actually do their own Basic Instinct parody a few years later with AJ Style, Samoa Joe, and Eric Young.

The thing that made these short parodies great was how hysterically accurate and amazing the costumes and sets were. It must have cost a lot of money recreating the designs and hiring the hundreds of extras used.

We will be seeing a few more movie parodies over the coming year. Let’s hope so, as it’s one of the comedy tropes that WWE actually seems to get right!