Tay Conti is one of AEW’s most popular acts. Her lovable personality combined with her explosive offence has proven to be a big hit with the fans.

The former NXT star has gone from strength to strength since joining AEW. She has established herself as one of the promotion’s most improved talents continuously racking up wins across all three AEW shows. Her combination of Judo and jiu-jitsu expertise into her wrestling style saw her challenge for the NWA and AEW Women’s Championships.

Conti is a highly-trained and skilled martial artist with a black belt in judo and a blue belt in Brazilian jiu-jitsu. These skills led her to participate in trials for the Brazilian Olympic team at the 2016 Olympics. However, she lost out on a place on the Olympic team, but as the old saying goes when one door closes another opens. That open door came in the shape of a WWE tryout that same year.

We all know Tay Conti as the jovial judoka and one half of the popular duo TayJay, but here are five things you don’t know about Tay Conti.

5. Tay Conti didn’t know what wrestling was before joining WWE

Tay Conti was introduced to the wrestling world in the inaugural Mae Young Classic. The Brazilain’s legit style and unique charisma shone through. Therefore it was no surprise when WWE signed her to a developmental contract.

During a guest appearance on the Oral Sessions with Renee Paquette podcast, Conti revealed that prior to receiving a tryout with WWE she had zero knowledge of pro wrestling was and even had reserves of the legitimacy of it.

“Wrestling is not a big thing in Brazil. I never watched it, I never knew about it before. That was not a thing at all for me. It’s hard, because normally everybody that asks like, ‘Oh, who was your favorite wrestler growing up?’

“I’m not going to lie, I thought it was some type of like, prostitution or something. [laughs] ’cause I’m like, ‘I’m not getting out of my country!’ I didn’t know, I had no idea what it was. But then, I knew Adrian [Arturo Ruas] and he was in WWE. I asked him, and then I was like ‘Yeah, let’s do it. It’s a good opportunity.’ So that’s how pro wrestling became a thing in my life.”

Tay Conti spent four year in WWE. During this time she got to experience a few great moments such as appearing at WrestleMania 34. However, one thing that she holds very special from the developmental brand is her close friendship with former RAW Women’s Champion Nikki Cross, now known as Nikki A.S.H.

The AEW star and current WWE Women’s Tag Team Champion became friends during their time in NXT and remained close after Conti was released from the company last year.

Speaking to our very own Gary Cassidy, Conti stated that Cross “has her heart”:

“Well, I have a couple of people I will keep in touch with for sure but, like, Nikki has my heart. Nikki is different. Nikki and Raul Mendoza. They are like… I have no words for them. Since day one, Nikki was so helpful and I had, like, my first TV match against her so she’s so special.

“She always helps me with everything. I’m so thankful to have her, to have Raul, Raul’s always in my house, we’re always together. I really like a lot of people, but those two are like my bestest friends!”

3. Aubrey Edwards was unsure if Tay Conti was the right fit for AEW

Tay Conti and AEW referee Aubrey Edwards were colleagues for a brief time in NXT. In 2018 Edwards had a lengthy try out for WWE. During this time Conti was extremely unhappy and frustrated and by her own admission wore her emotions on her sleeve.

On an episode of AEW Unrestricted podcast, Edwards revealed that she experienced the not-so-good side of Conti from afar and felt that felt came across badly and even told Kenny Omega that maybe she wouldn’t be a good fit in AEW.

“I remember when Kenny told me, ‘Hey, we’re thinking about bringing in Tay.’ I think you and I had an interaction at the previous place when I was trying out that it was kind of like, ‘Man, this girl’s kind of a bitch. Like, what’s up.’ We’ve talked about it further since then.”

“But I told Kenny, I’m like, ‘Dude, I don’t know, she might not be good for the locker room.’ Then, after that first day, you’re around, I texted him and said, ‘We need her. Like, she’s good energy. She’s a solid worker, like, she will be a great addition to our team.’

So I’m really glad that I got to know you a little bit more in our setting, because I feel like it’s a good place for people to be themselves and kind of demonstrate who they really are as people, right? You’re not walking around on eggshells. You, you get to be you. So, thank you for being you.”

Tay Conti agreed with Edwards and said that was going through a really stressful time, which in turn made her act uncharacteristically. Thankfully, AEW is a place where she can be happy and truly be herself.

“Thank you. Yeah, honestly, I kind of agree. Like, I was not happy at my previous job. So I was not really being myself. There was a lot of stress. So that was super hard. That’s when I was like, You know what, that’s not me.
“I gotta, I gotta be out of here, I became a person that I am not, you know? So I feel like now I have a better relationship with everybody. I can be myself.”

WWE released Tay Conti in April of 2020. Along with a myriad of other released wrestlers, Conti suddenly found herself with a lot of time on her hands. Not one to sit around and wait for something to happen, Conti enrolled on a course and studied Digital Marketing.

Well, I started to study again! I’m doing digital marketing. So I’m so excited. Yeah. So excited. And I’ve been doing it in Spanish, so it’s a little bit harder for me but I’m doing it. Yeah, so I’m having the time to put all my projects, all my goals on the paper and be able to organize everything, so I’m happy. I’m happy.

Despite going back to study, Conti’s wrestling aspirations are alive and kicking in AEW, but the Brazilian badass wants to one get the chance to wrestle in Japan.

“I have a big… Like, BIG dream to go to Japan. I really want to wrestle in Japan. I don’t know when it’s going to happen, I don’t know how, but I will make it happen. You know, because that is a big step for me. But I want to do it all, you know, ’cause I don’t know anything about wrestling outside of the WWE. 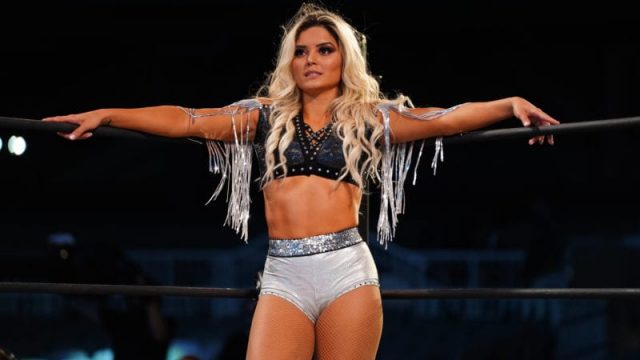 1. Tay Conti is married, and wrestles using her husband’s name

Tay Conti is married to Jorge Conti, a blackbelt in Judo and won a bronze medal at 2017’s US Open Judo Tournament in Fort Lauderdale, FL. The couple wed in a beach ceremony in 2017 and keep their private lives exactly that, private.

However, Conti talked about her husband in an interview with Ring The Belle, last year. During the interview, she revealed that despite keeping her maiden name she wanted to use her forename, Taynara and her husband’s surname for her in-ring moniker. However, originally WWE removed the last name and billed her as just Taynara.

“Conti is my husband’s last name. My husband is half-Italian and Conti is an Italian name and when I got married I didn’t change my name. I was like (for her wrestling name) ‘why not because Taynara is my legal name, let’s try to put your (her husband) last name so it’s perfect and they’re (WWE) were like ok let’s do it.

“But then WWE found out about all the jokes or whatever, and they changed it. They took out ‘Conti.’”

Since leaving WWE and joining AEW Conti adopted the surname and proudly rocks the in-ring name she originally wanted. 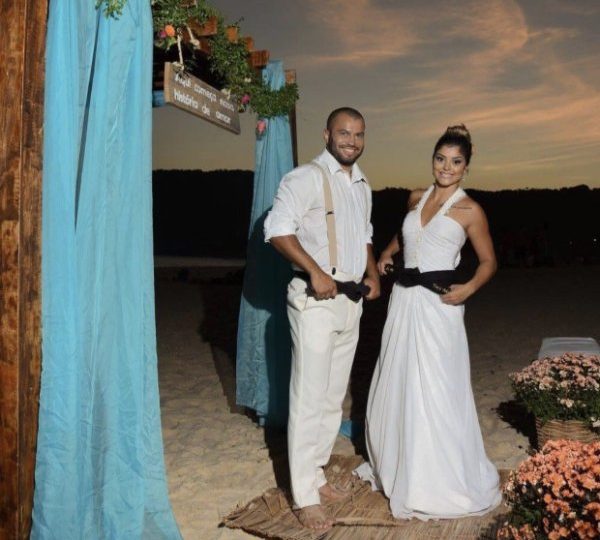