Sasha Banks is the Boss of WWE. She is a multiple-time champion, Grand Slam Champion and one of the biggest stars in all of wrestling.

From humble beginnings, Banks rose to the top of the WWE quickly due to her excellent character, superb wrestling skills and undeniable charisma. Banks was born in California but grew up in Boston, where she started training to become a professional wrestler. Breaking through on the indies for Chaotic Wrestling among others, she made a name for herself on the scene.

Banks signed for WWE in 2012 and the rest as they is history. She is the Snoop Dogg inspired Boss, WrestleMania headliner and a cross over superstar as Koska Reeves in The Mandalorian. These are things you know about Sasha Banks, here are five you probably don’t.

Sasha Banks’ family moved from Oregon to Minnesota to change schools for the brother, who has autism and was getting bullied. However, the abuse continued, so Banks quit regular school in order to care for her brother and allow her mother to find work.

On Open Late with Pete Rosenberg Banks revealed that she didn’t attend high school and studied at home online.

“I have a brother with disabilities and he was getting abused in school. We were living in a hotel and my mom needed to have a job so I was like ‘I will quit regular school and just stay at home and be with my brother so you can have a job.”

Banks then disclosed that because of her homeschooling and dedication to her brother she didn’t have any friends growing up. However, that didn’t stop her from fulfilling her dream of becoming a wrestler and her brother remains a huge part of her life and regularly attends WWE shows. 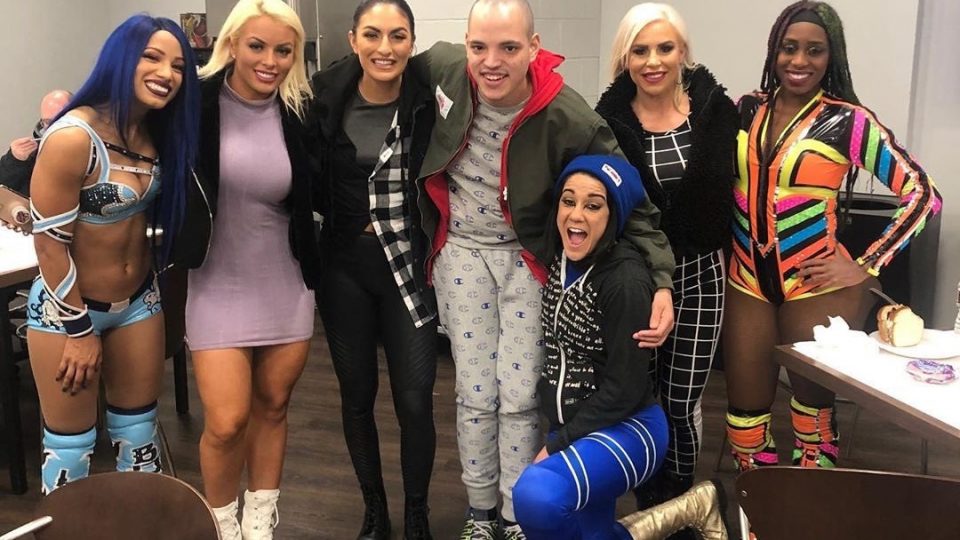 4. Sasha Banks’ wedding was officiated and witnessed by some special guests

Sasha Banks wed her longtime fiance Sarath Ton in 2016. The couple met on the independent scene while he wrestled under the name Mikaze. Their wedding featured a lot of guests from WWE and NXT but two of them were actually involved in the marital process.

Brodie Lee, then known as Luke Harper witnessed the marriage between the happy couple. Ton shared the news via Instagram after Lee’s tragic passing last year.

Lee was not the only superstar to join in the process. The Acesnsion’s Konnor was one who wed Banks and Ton. On Da Call Up podcast Konnor revealed that he officiated Banks’ marriage.

“For whatever reason, I wanted to become a notary. So I got my notary license, and my wife became an officiant and so I was like, you know, why can’t I do it? So I did it and had it for, I don’t know, I want to say about a year, never used it until Sasha Banks. I had the privilege of getting to marry her and her husband.

“It was one of those things that, you know, I remember just leaving that day, and I remember crying because it’s just something about fulfillment. It just felt so good to bond two people and marry them, it was just, it was really cool. To this day, I’m privileged I got to do it. It’s one of the things I get to brag about a little bit. You know, the first person I’ve ever married was Sasha.”

Sasha Banks landed an iconic role in season 2 of The Mandalorian. Banks plays Koska Reeves a Mandalorian who serves under Bo-Katan Kryze as a member of the badass crew the Nite Owls. However, Banks didn’t get the role the regular way she got it when show creator Jon Favreau saw her in an appearance on the YouTube series Hot Ones.

The show features a variety of celebrities eating increasingly spicy hot wings as they answer questions. Banks’ appearance has over five million views, which is where her opportunity to join the Star Wars universe came about. Talking on WWE’s The Bump, the Boss revealed how it all went down.

“I was told that Jon Favreau really liked me and wanted to talk to me. I was like, ‘Wait, what?’ He FaceTimed me and said, ‘I saw your interview on Hot Ones and I really, really like you and would like to write a role for you in the show,’”

2. Sasha Banks is the only person in the world to have their likeness in a WWE and Star Wars action figure

As one of the most popular and idolised people on the entire WWE roster Sasha Banks is immortalised in an array of WWE action figures. Now, it is nothing new that a WWE Superstar gets an action figure but Sasha Banks can proudly boast that the 6-inch plastic version of herself spans over two different universes.

Earlier this year toy company Hasbro announced a new range of action figures from the second season of The Mandalorian and Banks’ character Koska Reeves would be a part of the line.

Banks celebrated the news with an Instagram post that revealed the awesome looking figure and a must-have for any WWE or Star Wars collector.

1. Sasha Banks is yet to win at WrestleMania

Sasha Banks has done it all in WWE. Yet despite headlining WrestleMania she is yet to leave the Showcase of the Immortals with a victory under her belt.

Despite not being able to pick up a victory at the Show of Shows Sasha Banks has been in some great matches and made some incredible matches. As the old saying goes there is always next year.