Formerly Ruby Riott in the WWE, 30-year-old Ruby Soho has been building anticipation and hype surrounding her post WWE destination following her release from the wrestling giant in June 2021. On August 31 2021, Soho would release a near three-minute cinematic teaser trailer filled with references to her previous run on the independent scene alongside her time in the WWE including “Love-Less” & “The Riot Is Over” graffiti, in reference to Soho’s previous ring names – Heidi Lovelace and Ruby Riott – respectively.

Donning the name of an iconic Ska-Punk song, Soho is now a free athlete following the expiration of her WWE non-compete clause on August 31st 2021.

Ruby Riott’s destination may be unknown, but after reading these five facts you didn’t know, the story of Ruby Soho definitely won’t be!

5. Ruby Soho Has Openly Shared Her Battles With Mental Health 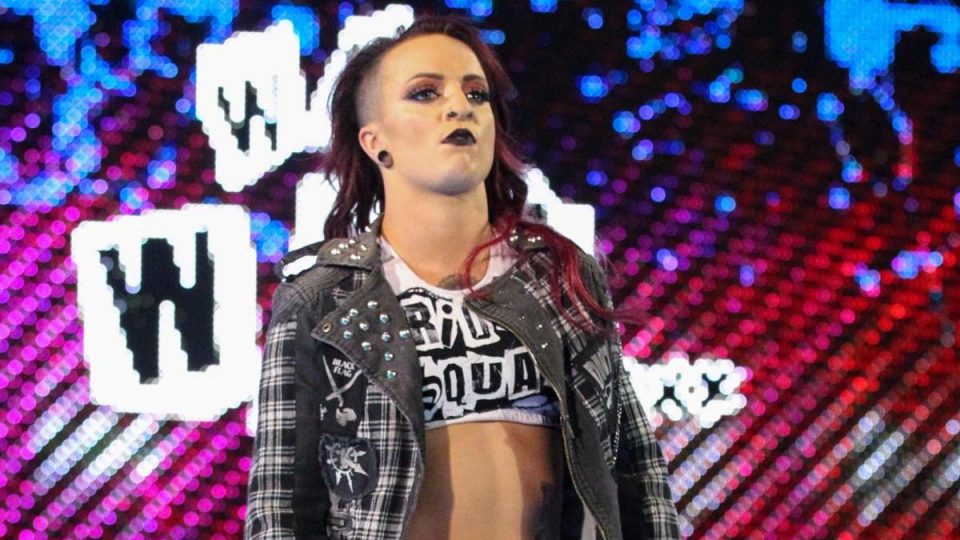 It is nothing new to fans to hear their favourite performers discuss the gruelling and painful injuries they have sustained in-ring in the pursuit to become the best wrestlers in the world, however, what is still unfortunately still uncommonly discussed is the incredible impact the pursuit of excellence can have on the mental health of those involved within the industry.

Across the past decade, both in wrestling and wider society, openness surrounding struggles with mental health has become more common, with individuals sharing their internal battles in the hope of helping others who may feel that they are alone in theirs.

Appearing on the Swerve City Podcast in 2020, Ruby Soho would utilise the platform to share the story of her struggles with mental illness/disorders such as ADHD, anxiety and depression.

“Mental health is definitely something I feel like because we don’t talk about it a lot, people think any kind of mental illness or disorder is wrong or it’s bad. So I like to be open with it. I have adult ADHD, I have anxiety and I sometimes suffer from depression and kind of recognizing that and being like, ‘Okay, now this what I have. What am I gonna do?’ Got to see a therapist and so I was doing my rehab for my physical therapy but I was doing my mental therapy as well. I came back and I felt better. I felt good about where I was and how I felt physically, mentally, emotionally, however you wanna say it but it was definitely something I felt needed to happen in my career for me to get better in all aspects of my career.” – h/t POST Wrestling

If you are struggling with mental health it is important to reach out to the facilities and tools available to you, such as Mind [UK] or Mental Health America [US]

4. The Meaning Behind Her Very First Tattoo 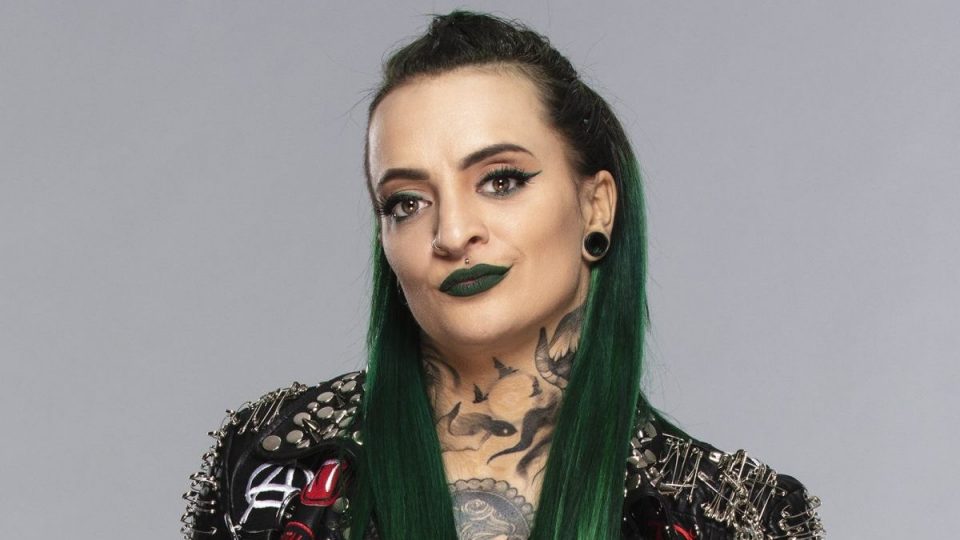 Alongside her incredibly unique ring attire and alternative appearance, one of the most initially striking features of Ruby Soho is her over twenty incredibly designed and completed tattoos, ranging from a Sarah Logan inspired Madusa neckpiece to ‘Less Than Jake’ Album Artwork on her leg.

However, before the former Riott Squad member dawned Ska-Punk music inspired tattoos she was immortalising the music of legendary Jazz artist Louis Armstrong.

Speaking with InkedMag, Soho would reveal that her first-ever tattoo was a heartwarming piece paying homage to her father singing ‘What A Wonderful World’ by Louis Armstrong to her every night when she was a young child, adding that the tattoo itself is “not very well done.”

“I got my first tattoo at this small hole-in-the wall tattoo shop in Mishawaka, Indiana. It’s the music notes to “What a Wonderful World’ by Louis Armstrong. It’s not very well done, but it has so much meaning because my dad used to sing that song to me when I was very young.”

3. She Used To Be A Rock Climbing Instructor 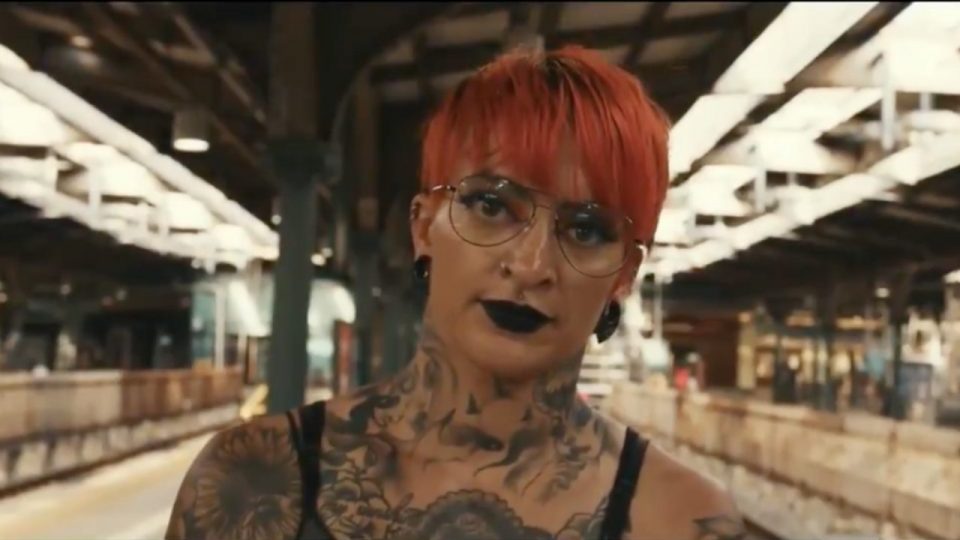 The Edwardsburg native would work as a Rock Climbing instructor during her time in college, with Soho expressing a desire to pursue a career in teaching as it allowed her to both help others grow and develop whilst still expressing her individuality and creativity.

“I knew that if I could help people and still show my creativity, that was the job for me,”

Many WWE Superstars have expressed/shown a passion for rock climbing in the past with WWE Hall of Famer John Bradshaw Layfield sharing a photo of himself mid-climb before an episode of Monday Night RAW in 2016. 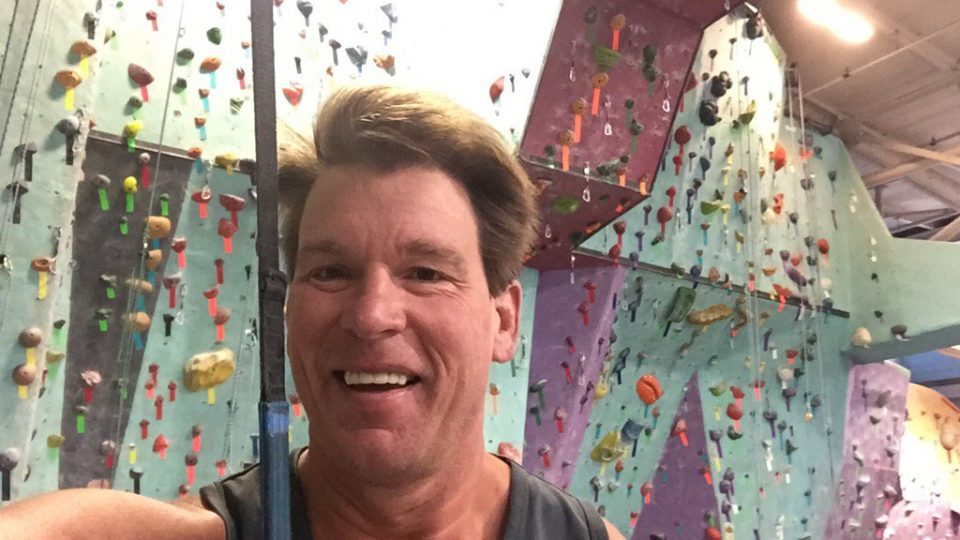 2. The Reason For The Second T in Riott 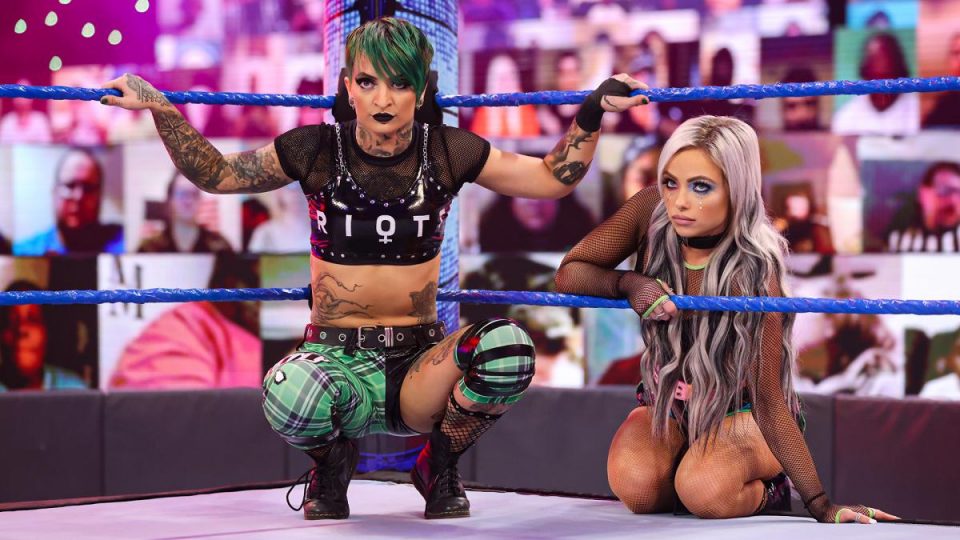 Fans of Ruby Soho will be aware that WWE’s Ska-Punk Superstar was originally not Ruby Riott but rather Ruby Riot however in 2017 following her move to SmackDown the former NXT Superstar was subject to a noticeable all be it minor name change adding the second ‘t’ to Riott.

Although initially met by confusion from fans, reports at the time shed light onto the possible reason behind the name change revealing that on the fourth of April 2017 WWE filed a trademark for the name ‘Ruby Riot’ for various purposes including merchandise and videogames however WWE was not immediately granted the trademark and instead on the 27th of June the WWE was given six months to present sufficient evidence of reason to trademark the name due to possible conflicts with various external references to the name.

Reports at the time spotted that a trilogy of books published in 2015 featured a protagonist by the name ‘Ruby Riot’ this possible conflict of copyright led to the WWE adding an additional ‘t’ to the former NXT Superstars surname to speed up and ease the copyright process on themselves.

The ‘Ruby Riot’ books are still available to buy on Amazon and feature an exploration into ‘a rockstar romance’ and the complications that come with it, the Amazon description describes the plot of the now-infamous book as:

“Tegan Hughes joins Blue Phoenix and Ruby Riot on tour, and drummer Bryn isn’t the only one who notices his little sister isn’t a kid anymore.Jax Lewis is the guitarist for Ruby Riot and the band are rising to success. He’s hot property and loving every minute of his new found fame. Now, he’s on tour supporting Blue Phoenix and living his rock star life to the full. Until Tegan walks into his world and puts the brakes on. Tegan Hughes is taking a year out and has her sights set on touring Europe with her big brother’s band. Blue Phoenix drummer Bryn isn’t happy when his sister arrives unannounced at his hotel in Lisbon, but Tegan isn’t the type of person to take no as an answer. With her big brother breathing down their necks, Jax and Tegan attempt to keep a handle on their growing attraction but that proves harder than they thought. Jax is used to getting whoever and whatever he wants and after kissing Tegan once, he knows one thing…he wants more. But Tegan isn’t rock star girlfriend material. She has ambitions of her own and refuses to let anything stand in the way of her plans. When Jax and Tegan’s relationship becomes public knowledge life becomes a hell of a lot more complicated.”

1. The Origins Of The Heidi Lovelace Name 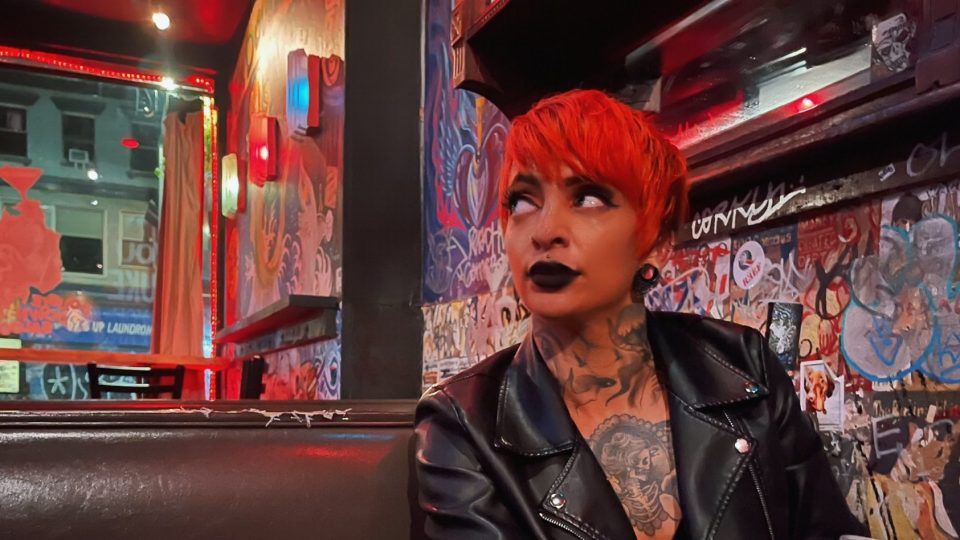 Whilst speaking during a WWE interview, revisiting the venue that she began her career in, the former Ruby Riott would reveal the origin story for her iconic independent wrestling name ‘Heidi Lovelace’.

Whilst recapping the story of her first-ever match in the Fraternal Order of Eagles in South Bend, Indiana, Soho would reveal that it was a well-timed advert featuring reality TV star Heidi Montag combined with an English mathematician that led to the wrestling moniker.

“We were at the bar, just over there, just watching wrestling and I needed a name but we couldn’t come up for one and then a commercial for The Hills came on . . . Heidi Montag came on the screen during the credits we just saw her name. Somebody pointed it out and that it was a name that nobody had really heard in Pro-Wrestling and then when I went to OVW they were like “You have to have a last name” so I just Googled famous women in history and one of the women her last name was Lovelace and she was one of the first-ever female mathematicians and that is how Heidi Lovelace was born.”

Lovelace would be honoured by Trinity College Dublin in November 2020 following backlash due to the exclusion of a singular female bust in the entire academic institution despite the presence of over forty busts, Lovelace was selected as one of four new commissioned busts honouring the scientific contributions of women throughout history.