NXT’s Scarlett is a major act on the yellow and black brand. In her short time there she has led Karrion Kross to two NXT Championship reigns. Scarlett arrived in NXT with Kross last year. She made her presence felt as a mystical soothsayer who predicts the downfall of Kross’ opponents of which there have been many.

Bordeaux, though, comes with a great resume – having been trained by former WWE Superstars Al Snow and Eugene, as well as topping up her knowledge at Seth Rollins’ Black and Brave school, and having a lengthy career across IMPACT and Ring of Honor.

As well as leading Kross’ dominance she is the latest name to be spotted backstage at RAW and SmackDown so before her possible big move here are 5 things you may not know about her.

5. Scarlett and Karrion Kross are a real-life couple

Scarlett and Karrion Kross are not only killing it as an on-screen duo, but they are also doing off-screen as a real-life couple.

Despite not appearing together on IMPACT Wrestling, the couple worked together for a bunch of other promotions such as AAA Lucha Libre. It was during their time in Mexico they got together and have been an effective double ever since.

In an interview with Sports Illustrated Kross spoke about how she was instrumental in his recovery from the shoulder injury that forced him to relinquish the NXT title.

“While WWE medical was treating me the night I got hurt, she was already researching a recovery course I could start immediately the night it happened. She drove me to pick up a very specific machine from the Performance Center that helped ice the injury, and she helped me in the initial stages of rehab later that very night.”

“She asked me if I needed to go to the hospital and I said, ‘No, I need to go to Wendy’s and grab a Baconator.’ She’s the love of my life. A lot of people don’t know we’re a couple in real life, but we are. She helped me through this entire process, psychologically and physically.”

A love story with a body count.

See you next week.. #TickTock ⏳@WWENXT#WeAreNXT#NXTonUSApic.twitter.com/hcZanUBwQy

4. Scarlett requested to leave IMPACT Wrestling, where her top segment was with Scott Steiner

Scarlett was a successful act on the IMPACT Wrestling roster. As the ‘Smoke Show’ she brought eyes to the product because of her “Divas” throwback gimmick and sex appeal.

As Scarlett Bordeaux, she became one of the top acts in the company. She was a stand-alone performer given a unique position in the company. She was kept away from the Knockouts Division and competed in several inter-gender matches. But unhappiness over pay led to her asking for her release. IMPACT granted her release in June 2019 before WWE snapped her up for a private tryout at the Performance Center.

While there, though, Scarlett gave Scott Steiner a lap dance in the middle of the ring in a video which has now been viewed 2.5 million times.

When WWE announced the return of Tough Enough in 2015 Scarlett jumped at the chance to apply for the show.

She appeared in a video package showcasing the best candidates but that was as far a she got. WWE didn’t cast her on the show because she had too much experience from her time in Ring of Honor and a variety of other independent promotions.

The show went on to introduce WWE Superstars Sonya Deville and Mandy Rose.

One of the many things that make the power stand out is their dramatic entrance. Like something out of a movie, they appear from a cloud of smoke as the intro guitar riff builds. Scarlett emerges first mouthing the lyrics directly into the camera like a possessed Stevie Nicks.

The reason that she is so comfortable in the role is that she recorded the vocals. Scarlett graduated from Columbia College Chicago majoring in musical theatre, and a classically trained singer in mezzo-soprano.

1. Scarlett was on WWE RAW and a WWE pay-per-view shows before being signed

Now this is becoming a great wrestling trivia question with an endless number of answers. Joining the likes of Braun Strowman, Alexa Bliss, Becky Lynch, Carmella, Nikki Cross and many others, Scarlett was once one of the infamous Rosebuds! The NXT star joined Adam Rose’s party entourage “about 15 times” before March 2015. While Adam Rose is no longer a WWE Superstar, the legacy of the Rosebud only continues to provide talent after talent in WWE and beyond. Out of the 15 times, the former Ms Bordeaux was a Rosebud, she had one appearance at WWE Payback, being Rose’s colourful companion at Live events on the other occasions! 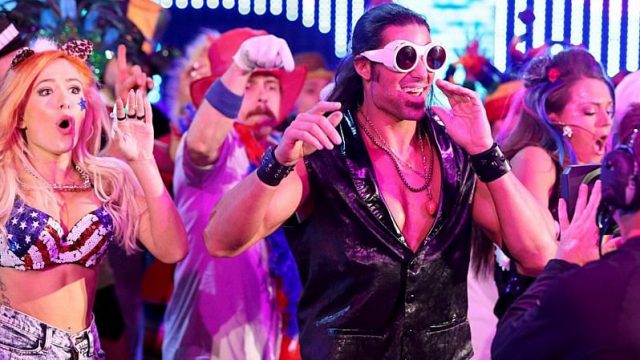 Meanwhile, one year later, in 2016, Scarlett actually wrestled on WWE RAW! The match was not a long one, as a match with Nia Jax saw the then-enhancement talent dominated by Jax while wearing a Sasha Banks t-shirt. While the match was short, though, Scarlett did get to cut a promo outside the ring pre-match. That may prove to not be Scarlett’s last ever match on WWE RAW if the speculation is to be believed… 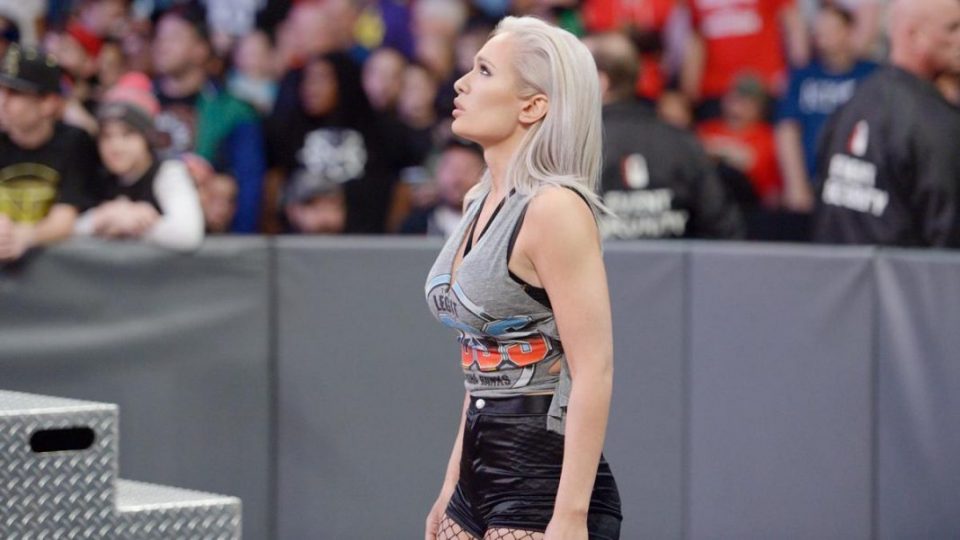