Jessica McKay is an iconic and inspirational performer. One of WWE’s most entertaining acts in the early part of the year, her segments in which she touted her resume to potential teams was often the highlight of the show.

McKay signed for WWE in 2015 after impressing at a tryout. She debuted on NXT the same year in a losing effort against Becky Lynch. Over the following two years, she formed the Iconic Duo with long-time friend Peyton Royce/Cassie Lee. The partnership would prove successful and saw Kay challenge for the NXT Women’s Championship before debuting on SmackDown as the IIconics in 2018.

On the main roster, the duo became the second-ever WWE Women’s Tag Team Champions with a huge win at WrestleMania 35. Over the next few years, Kay and Royce became a popular team with the fans before eventually being split and then unfortunately released. Thankfully, McKay and Lee are returning to wrestling with IMPACT!

Jessica McKay is a former WWE Women’s Tag Team Champion and one half of the iconic duo known as the IInspiration, but here are 5 things you didn’t know about the former Billie Kay.

5. Jessica McKay made her wrestling debut on her 18th birthday

Like most wrestlers, Jessica McKay has a lengthy background in sports. McKay’s sporting resume includes touch football and hockey as well as dancing but she particularly excelled at basketball. However, inspired by the Rock to begin her wrestling journey McKay left her hoop dreams behind her and began training at the age of 17.

McKay joined the Pro Wrestling Alliance school and was trained by Australian wrestling legend Madison Eagles. Three months later McKay on June 23 2007, her 18th birthday, McKay had her first-ever match in a triple threat against wrestlers Eagles and Aurora.

Speaking to the Scarlett Women in 2018 McKay revealed how she got started:

“I found Pro Wrestling Australia’s online training academy in Sydney. I found that place when I was seventeen years old and I became the first student they had when it first opened. I trained there for three months and on my 18th birthday I had my first match which was awesome.”

As Billie Kay, Jessica McKay stood out with her enchanting music and extravagant outfits. Throughout her NXT career, McKay went through an array of different looks and themes, some of which were taken from Disney’s greatest villains.

Complete with flowing capes of velvet and lace accompanied with spectacular collars, McKay looked every bit the character she took inspiration from. Speaking to Vulture Hound in 2017, McKay elaborated on her intriguing aesthetic looks and distinct entrances:

“For my own look, I’m a big classic Disney villain fan so my biggest inspirations were Maleficent and the Evil Queen from Snow White. There was just something about those two characters that resonated with me, they were so stunning and every time they moved it had purpose. When they were on the screen you couldn’t take your eyes off them, so they were the biggest inspirations for what I wear.” 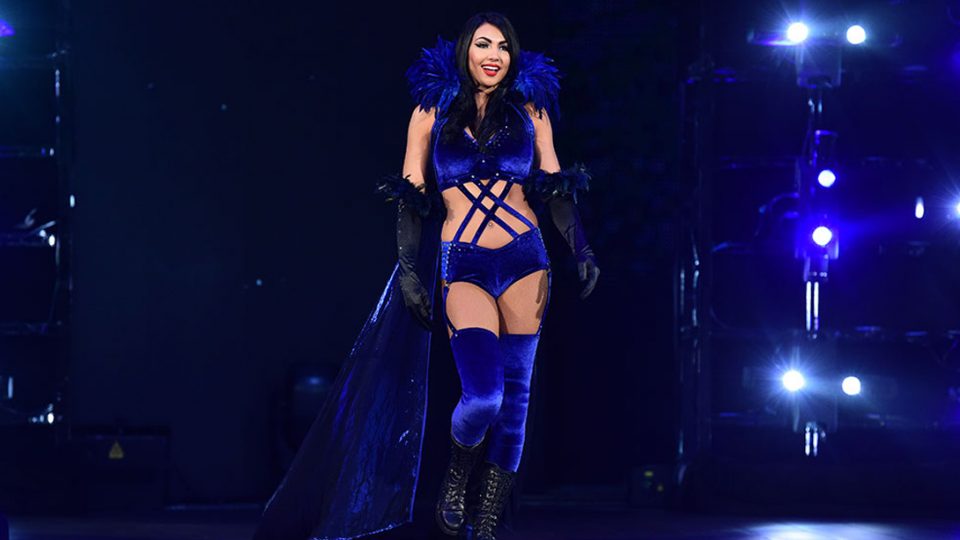 Jessie McKay made her debut for Sydney-based Pro Wrestling Alliance in 2007. Appearances for Riot City Wrestling and PWA Canberra followed.

One year later and with just a handful of matches under her belt she took bookings all over the world appearing for SHIMMER Women Athletes, Combat Zone Wrestling, and Ring of Honor to name but a few.

McKay’s 2008 CZW match was her first match outside of her homeland. She took part in several intergender matches, alongside the legendary Lu Fisto against hardcore warriors Sami Callihan, and DJ Hyde. The same year she headed to ROH to face Sarah Del Ray. The two would meet again when McKay signed for WWE with Del Ray as the Performance Center’s Assistant Head Coach.

“I got the opportunity to travel around America and Canada a couple of times which was awesome to learn from other parts of the world. Then, in 2015, I was fortunate enough to get signed by WWE, which has been my dream since I was ten years old.”

Like many who join WWE, Jessica McKay was asked to create an in-ring moniker and Billie Kay was born. The inspiration for the name came from an unlikely source, British pop sensation Billie Piper.

For those who don’t know Piper was a young singer who shot to fame in 1998. After her singing career, she flourished as an actor winning multiple awards for stage and screen roles.

Speaking to Chris Van Vliet McKay revealed the story behind her WWE name:

“Billie was always my number one name. When I was young, I want to say about 18, I wrote a list of names down that I wanted if I ever made it to WWE and Billie was always the first one. I loved it. I wanted a gender neutral name and Billie Piper from the UK, she’s a singer, made me love the name Billie for a girl. That was always my number one pick and I’m so thankful that they let me have that and even the spelling, the “I-E” at the end is exactly what I wanted. And for the last name, I think I suggested a couple but I’m glad that I got “Kay” because it is so close to my real last name.”

1. Jessica McKay was inspired by The Rock to get into wrestling

Jessica McKay became a wrestling fan at a young age. Her older brother was a huge fan and she would join him and his friends to watch WWE PPVs. McKay was drawn to the larger-than-life stars especially, the People’s Champ, The Rock.

“I started watching wrestling when I when I was about ten years old, my big brother sat me down in front of the TV and forced me to watch it with him and his friends, and I absolutely fell in love with it. The Rock was definitely my biggest inspiration for wanting to get into the wrestling industry. I’d probably say WrestleMania 19 with him and ‘Stone Cold’ Steve Austin is a match that stands out to me as one of the moments I realised that I needed to be in this industry because I want to make people feel the same way he made me feel. I want to inspire others the way he inspired me. When I saw him, I thought I could do anything in the whole world and that’s just something that I want to pass down.”

McKay got the chance to meet her childhood hero before the 20th Anniversary of SmackDown on October 4, 2019. The heartwarming moment was captured on camera and the emotions were running high as the Rock gave McKay words of encouragement.

Kenny and Fin are back to talk the Royal Rumble build from RAW and SmackDown,… Listen