On the October 1st edition of SmackDown, Sonya Deville and Adam Pierce conducted night one of the WWE Draft. One of the big additions to Friday Night SmackDown was the NXT faction Hit Row. The group consists of Isaiah “Swerve” Scott, Ashante “Thee” Adonis, Top Dolla, and B-FAB.

The hip-hop aficionados have taken NXT by storm both in the ring and with their songs. One of the stand-out stars of the group is B-FAB. She is an eye-catching performer with one of the most unique paths to the Performance Center that WWE has ever known. On her Instagram, Brandy details her journey from music to wrestling and has photos with the likes of Rusev, AKA Miro, and John Cena.

5. B-FAB appeared on an episode of RAW Underground

In September of last year, RAW Underground was a part of WWE’s flagship show. The gritty, fight-club-esque segments led by Shane McMahon featured the likes of Braun Strowman, and Shayna Baszler throwing down with other fighters on a ropeless ring.

Before she was known as B-FAB, Briana Brandy appeared on the show not as a fighter but as an interviewer. Brandy was handed the stick by McMahon as Strowman wouldn’t talk to him. She then conducted the interview with a furiously angry Monster Among Men.

The segment showed that B-FAB is more than capable of swimming when thrown in at the deep end. 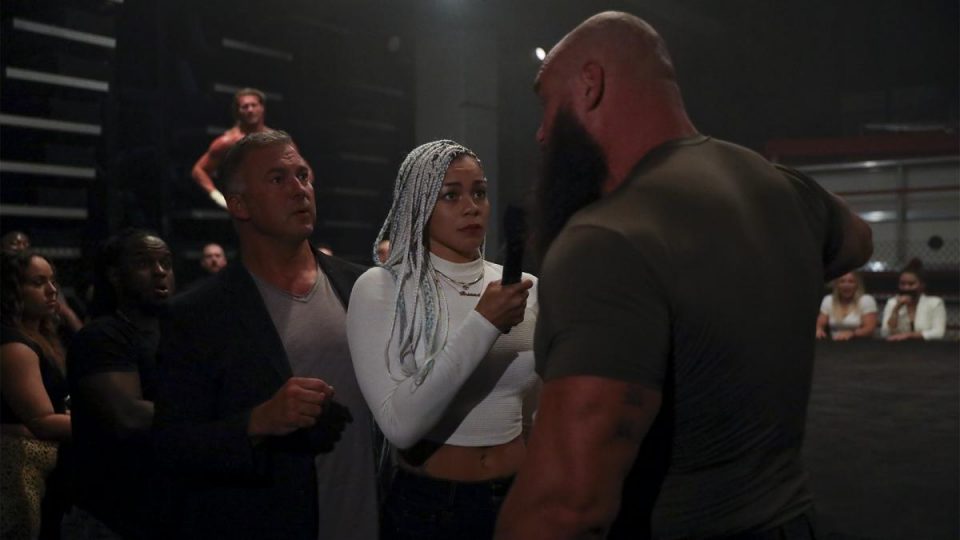 4. B-FAB has an extensive musical background

B-FAB not only represents hip-hop in WWE but she has done so in her life outside of it also. The aspiring hip-hop artist has toured alongside the likes of hip-hop superstars Soulja Boy and Jadakiss. Her own music has also seen B-FAB work alongside the likes of Juicy J, Ying Yang Twins, Too $hort, Young Dro, and Kurupt.

Having a hip-hop career before entering WWE is something B-FAB sees as helping her wrestling career.

“Having the hip-hop background is going to help me dramatically. One of the biggest things that people have difficulty with, in wrestling or really anywhere, is being able to talk in front of a crowd. That’s a big fear people have. But through hip-hop, I know how to draw emotions from a crowd. That’s pretty much what wrestling is. It’s trying to get that emotion, love or hate, for whatever your character is. It will help me be able to do different things that someone without that experience may not be able to do.”

B-FAB took part in a WWE tryout back in the summer of 2017 that featured the likes of Cody Deaner and Mike Taverna. She wasn’t successful on that occasion but did not let it dissuade her from achieving her dream of reaching WWE. B-FAB began training with UFC legend Henry Cejudo before returning to the Performance Center two years later.

B-FAB was one of nine new Superstars signed to developmental deals with WWE. The other stars in her class were Santana Garrett, Austin Theory, EJ Nduka and Tehuti Miles. 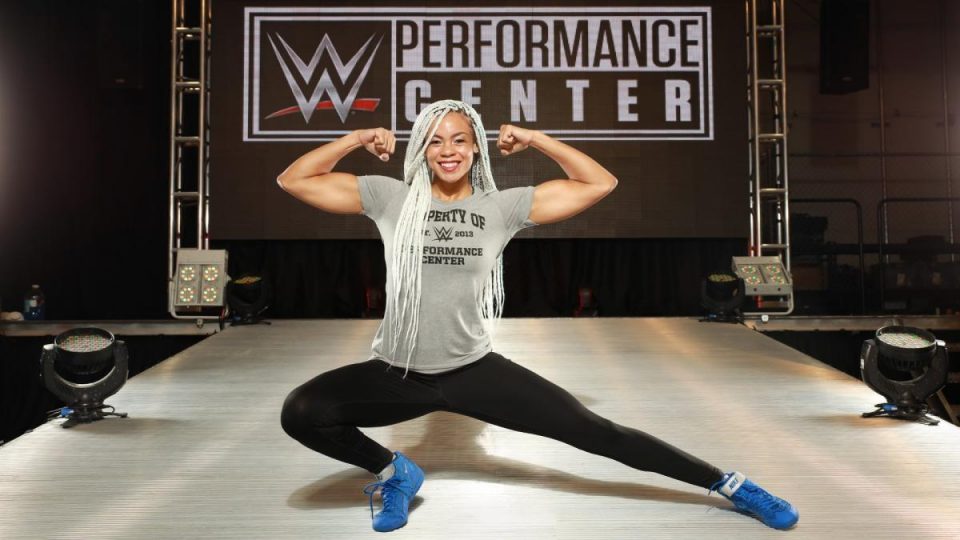 2. B-FAB is a highly-trained athlete

B-FAB has years of boxing, ninjutsu and extreme CrossFit training under her belt, but wait there’s more! SmackDown’s newest recruit has extensive MMA combat experience from her training with Henry Cejudo and UCF striking coach Randy Stein. Combined with a background in competitive sports, having played basketball and competitive swimming in high school B-FAB is certainly no one to mess with.

You better cash in! 😉 https://t.co/elKd5oAXbA

Chyna was a groundbreaking and trailblazing performer who established herself as one of the most dominant WWE Superstars of all time. Her size, power and strength made her an idol to many female wrestling fans, who looked upon her as an inspiration and B-FAB was one of the fans who admired the Ninth Wonder of the World.

Speaking to The Canton Repository, B-FAB highlighted her respect for Chyna.

“I grew up the biggest wrestling fan. I loved it around the time of the Attitude Era when Chyna was wrestling, and you had Triple H and The Rock and ‘Stone Cold’ Steve Austin … Chyna reminded me of myself. Her wrestling with the boys while being the only girl resonated with me. I didn’t think I could ever do it. Seeing Chyna, she was really big. I wasn’t large and muscular or built like that. But later on, seeing people like Lita and Trish Stratus and Sasha Banks let me know I could actually do it. The bodies and styles of women in wrestling changed, and they were more athletic-looking like me. That’s when I thought, ‘This is something I could really do.’”