Eva Marie was a mainstay of WWE and the E! reality show, ‘Total Divas’, from 2013-2017, but left to pursue other interests outside of wrestling in August 2017. Now, the ‘Red Queen’ has made a triumphant return to the company that made her a household name and has been leading the ‘Eva-Lution’ with Doudrop by her side.

While Total Divas gave the world an unparalleled insight into her life, in this feature we will look at five things you might not know about the flame-haired diva. 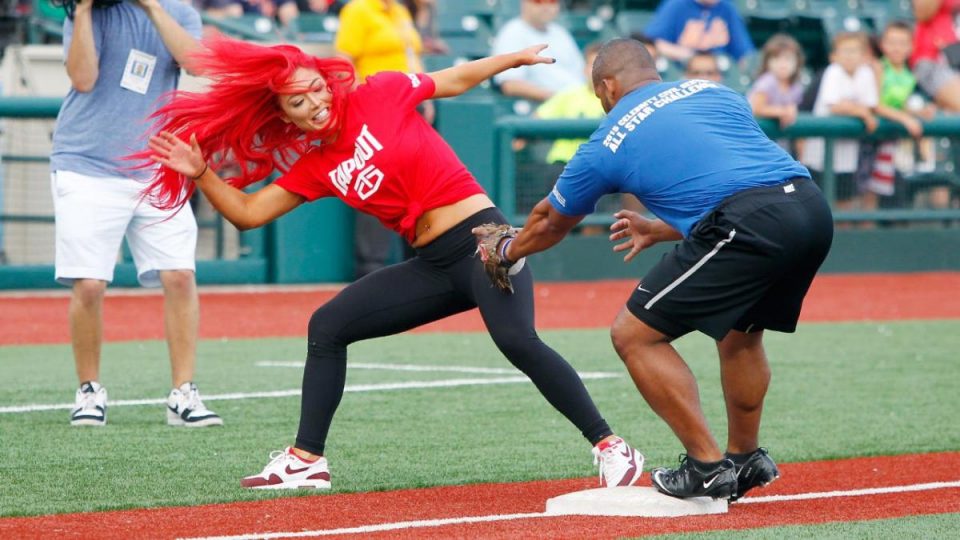 Eva Marie is a lifelong fan of the San Francisco Giants baseball team. In an interview with WWE.com she revealed that she attended her first game with her whole family when she was only four or five, and got to see her favourite player, all-star first baseman Will Clark, hit a home run.

In the excitement of the moment, her dad also bought the young Marie her first teddy bear which she still has to this day.

“I’m freaking out and the guy that carries all the stuffed animals happens to walk by and my dad calls him over. I pick out this little Giants teddy bear that fits inside my hands and of course, he has a little Giants cap. That’s my first teddy bear and I named him Will. To this day, I still have Will, and he goes with me every place that I’ve lived, and that’s a lot.”

Speaking to the Miami Herald, the ’Red Queen’ recalled receiving a more unique piece of Giants’ merchandise after she became a WWE Superstar when a fan, who had picked up on her love of the team, gave her an Eva Marie figure wearing its own Giants’ top.

“At Wizard World [in Sacramento], a fan presented me my own action figure, but it was in a Giants’ jersey, how cool was that!”

2. She launched her own fitness programme 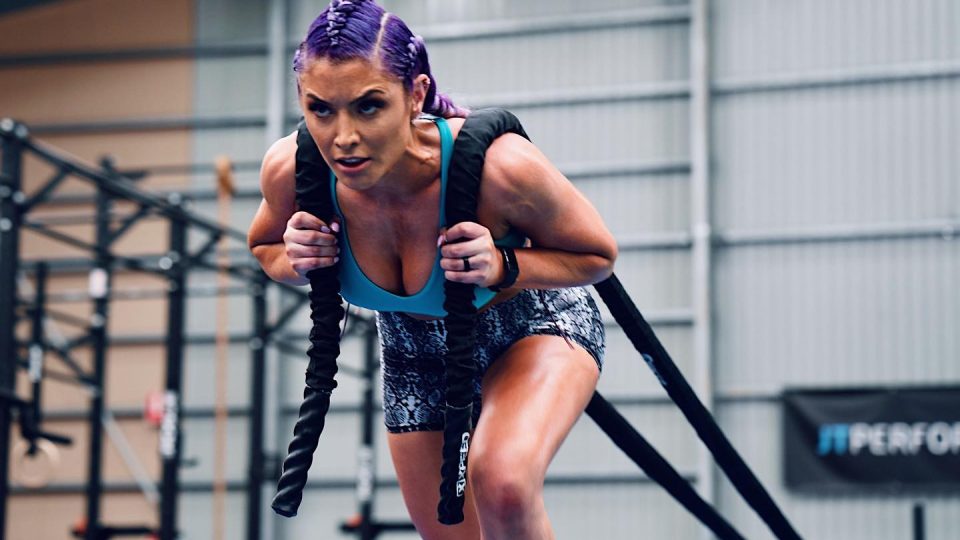 Like all pro-wrestlers, Eva Marie takes fitness extremely seriously and works out several times a day, living by her motto that “Health is wealth”.

“Health and fitness is super important to me, not only from being an athlete my entire life, but I also truly believe health is wealth. If I’m not healthy then I can’t do all the things I love.”

A few years ago, she decided to share the secrets to getting and keeping a figure like hers through an online fitness programme, NEM FIT. Launched in 2018, it is described on her website as an “Effective and affordable online workout program” which “caters to those on all fitness levels.

Marie is very hands on with the programme and shares her daily workouts and motivational tips across her social media channels. For her daily workouts, she says she always includes a combination of High Intensity Interval Training (HIIT) and a form of weightlifting.

3. She played soccer to a high level at college 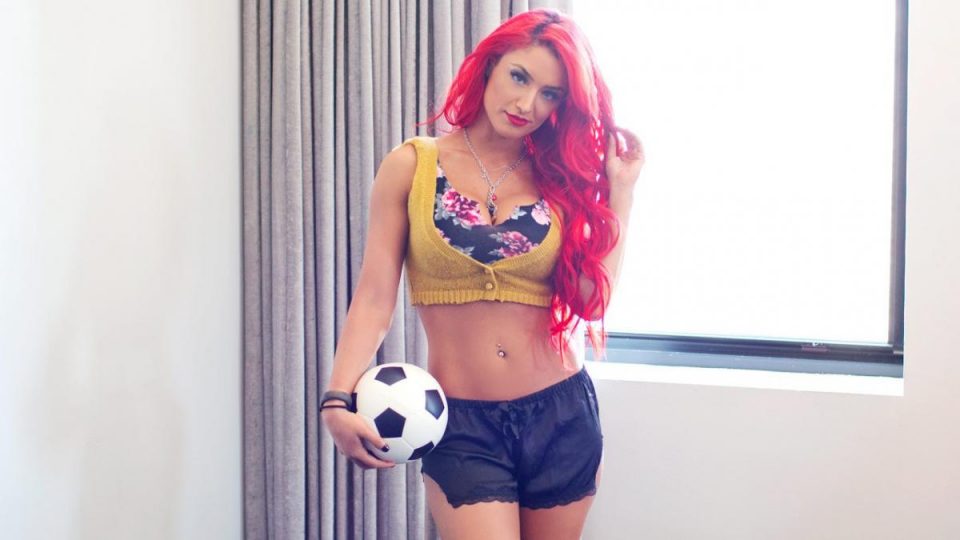 Before making her way to the world of professional wrestling, Eva Marie’s passion was playing soccer, a sport she excelled in at high school. After suffering a career-threatening ankle injury in her senior year, Marie was able to not only return to the pitch, but earn Junior College All-American honours as a striker while attending Diablo Valley College in California.

Thinking back on her soccer career, the Diva Search winner recalled that it was an odd choice of sport for her due to her dislike of one important aspect.

“You know what’s weird? Especially now, looking back, I don’t particularly love running, so it’s funny that I picked a sport where you are running for 90 minutes, and even when you are practicing, you’re doing either the long runs down the pitch, or high-intensity interval training like sprint, stop, sprint, stop type of work. But I loved soccer and forced myself to run because I played striker and needed the cardio.”

4. She has started running ultramarathons 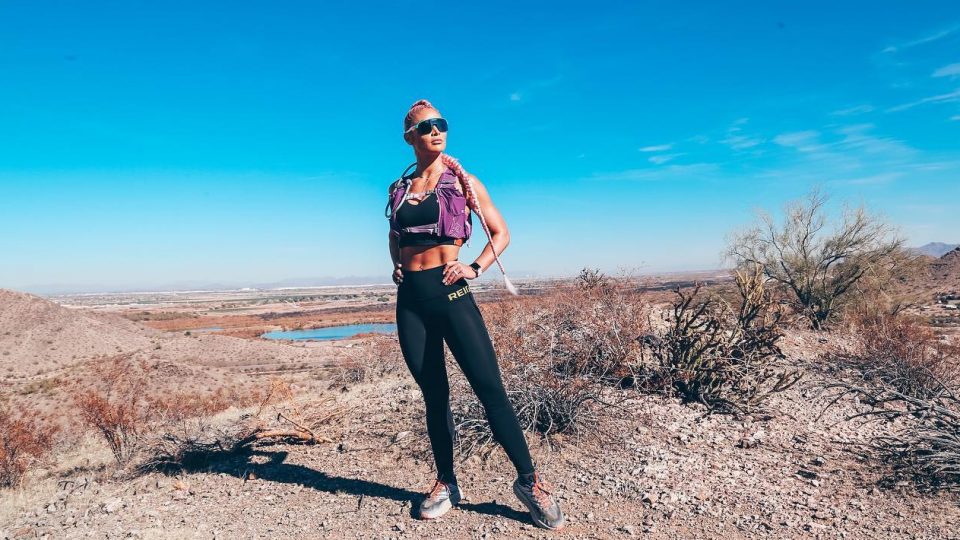 Despite professing her dislike for running, ‘All Red Everything’ recently took her love of all things fitness a few steps further when she stepped into the world of ultramarathons. She took part in her first gruelling 52km race in January this year.

Speaking on The Trail Life Podcast, she explained that she started off planning to run a half-marathon. However, fate intervened when she heard about the ‘Last Man Standing’ race from her old college roommate, Jessica, whose brother Hector was taking part. Not dissimilar to the wrestling match-type, it’s an endurance competition where entrants keep running until only one is remains. She said the idea of the competition lit a fire under her, and when she was able to speak to the pair, she let them know she had decided to run a 50k race.

She ran her first ultramarathon, the Coldwater Rumble, with Jessica and Hector, and says it was enough to give her “the bug” even though it was a tough experience.

“I definitely feel like I got the bug. I think I enjoyed it, probably too much. Even though my last two miles I felt like I was crying. You would go round the bend and it wasn’t ending… The whole thing hurt, I’m not going to lie.”

In a later interview, she explained that it’s the discipline needed that drew her to not only ultrarunning, but other parts of her career too.

“I think what I really fall in love with, and it dives into soccer, WWE, acting, and ultrarunning, is the discipline. You need discipline to stay with it, and then complete in something, whether it’s a pro wrestling match or a football game or completing my latest ultrarace.” 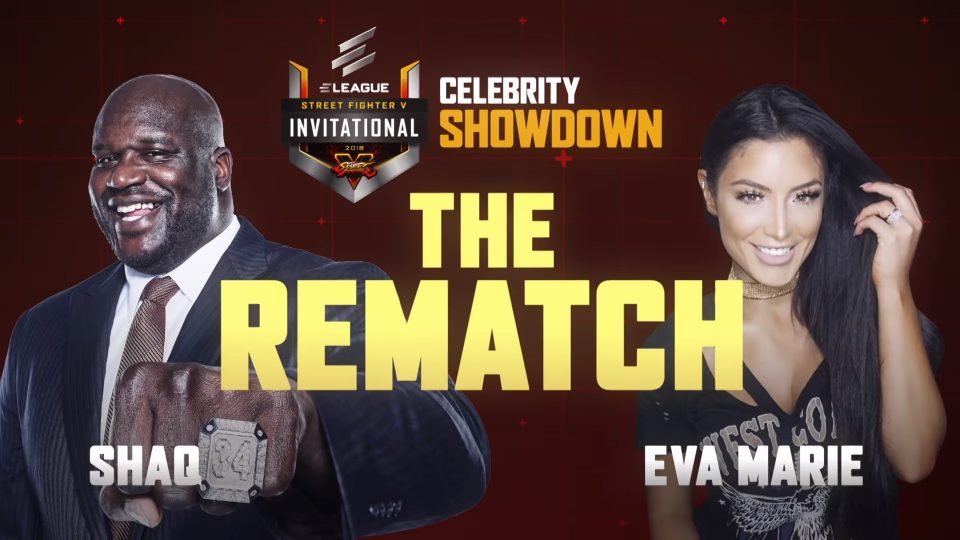 The ‘Flame Haired Femme-Fatale’ is an avid gamer with a specialty in the Street Fighter series and has taken part in the Celebrity Showdown event at the ELEAGUE Street Fighter V Invitational twice. On both occasions she took on basketball legend and fellow gamer, Shaquille O’Neal. In 2017, Shaq used questionable tactics to defeat Eva Marie, calling in assistance from pro-gamer Steve “Tasty Steve” Scott when things were looking rough.

This led to a rematch in 2018, where Marie annihilated Shaq with little resistance from the giant. While she wouldn’t win the tournament, which also featured Lupe Fiasco and Reggie Bush, her revenge against Shaq would have been enough to make her day.