Big E reached the top of the WWE mountain when he cashed in his Money In The Bank contract against Bobby Lashley to become the WWE Champion. It has been a long journey for Big E whose wrestling career has featured many ups and downs along the way.

Big E has been an American football star but injuries forced him to close the book on that dream. He signed with FCW after impressing at a tryout and made his NXT debut in 2012 becoming the second NXT champion in history.

Big E’s main roster debut had him attacking John Cena. He won the Intercontinental Championship shortly after and held it for 162 days. After losing the title he somewhat floundered until his partnership with Kofi Kingston and Xavier Woods. As The New Day, they became one of the most popular acts in WWE history. However, it wasn’t always that way as the WWE Universe initially rejected the preacher-inspired gimmick.

The trio turned the negative reaction into a positive one and didn’t look back. Big E went out on his own when the team were separated in the Draft. He found success winning the Intercontinental title for a second time before capturing the MITB briefcase and the WWE Championship.

His crowning achievement is the culmination of years of perseverance and remaining true to himself. There are some things you know about the new WWE Champion, here are 5 things you didn’t know about Big E.

5. Big E is a powerlifting record-breaker

Believe it or not, Big E loves lifting weights. His amazing physique is the result of countless hours and years of rigorous weight training routines. In 2010 he put all of his hard work to use and competed in his first powerlifting competition at the United States Open Championship. At the competition, he smashed not one, but four Florida state raw (without knee wraps) weightlifting records in the 275-pound class.

However, not content in destroying the records at that level, he and his trainer decided he should level up. Speaking to Endless Hustle earlier this year, he spoke about his immense diet and regime to compete at the super heavyweight class.

“I was already eating just to put weight on because I did one meet in 2010 at the 275-pound weight class and I did well there, but we both felt like my true potential was being a super heavyweight. There’s no limit there, so its get as big as you can, and I end up being, I got as heavy as 317. I was just eating, getting fat but being strong. So, my diet was, I was eating seven meals a day.”

The weight gain paid dividends as he won the 2011 USAPL Raw Nationals in 2011 and broke deadlift records at the raw American and national level.

4. Big E only needs one more title to become a Grand Slam Champion

Big E has achieved the dream of becoming WWE Champion. He broke records as the longest-reigning tag team champion in WWE history and he is also a two-time Intercontinental Champion. This impressive list of championship gold means he is only one title away from joining the elite list of WWE Grand Slam Champions. Big E needs to capture the United States Championship to achieve another huge career milestone.

The current WWE Champion has come close to winning the US Title before but it remains off his list thus far. Back in 2013, Big E faced then US champion Dean Ambrose twice for the title but was unsuccessful on both occasions. The first is due to count out and the second via disqualification.

Many former champions have won the US Title after winning world gold. Roman Reigns, AJ Styles, Kevin Owens and John Cena have held the title post-WWE/Universal Championship reigns. Seth Rollins even held the championships simultaneously. Now that Big E is on RAW there is no reason he can’t do the same.

As is glaringly obvious from his impressive size Big E is an avid weightlifter and spent most of his life in the gym clanging, banging and lifting an insane amount of weight. Over the years Big E competed in weightlifting competitions and became a much-decorated Powerlifter. During his Powerlifting career, he broke state records and bested national achievements as a top heavyweight lifter.

However, all of his national lifting records pale in comparison to what he achieved at John Cena’s gym in 2011. While in FCW along with several future WWE Superstars including Roman Reigns, Seth Rollins, and Xavier Woods, Big E attended a training session at the 16 x WWE Champion’s gym. During the session, Cena challenged Big E to break the bench press record.

Big E gladly accepted and bench pressed a vessel bursting 575 lbs. The record-breaking moment was met with delight from everyone at the gym and celebrated in true Big E style.

Big E spoke about the moment in the WWE 24 documentary:

“He [Cena] told me-we got to 575, which I had never done before-and he told me, he had a camera crew there, ‘if you hit this, I’ll make sure that it makes the documentary’ they did. And for me at the time, no one knew who I was. I was in FCW well before I was on TV and whatnot. So that was, that was good motivation.”

2. Big E had a supportive influence on Becky Lynch’s career

Big E and Becky Lynch are both riding high as champions on both WWE brands. The Man and Big E are more than just simultaneous champions but they are great friends in real life.

Their friendship proved vital to The Man’s early wrestling career as Big E’s calming and supportive influence helped her and many others backstage. On WWE’s The Bump, Lynch spoke highly of Big E and everything he has done for her.

“E is the best. He has talked me off many a ledge, many a ledge when I was down and couldn’t get my foot in WWE, E was always there to make me laugh because he’s one of the funniest dudes you’ll ever meet, and be so kind and patient. He’s got this calming energy that when you sit beside him, he just makes you feel better and calm and hopeful. This new era of E in WWE brings a lot of hope to not only the company, the business, but the world.” 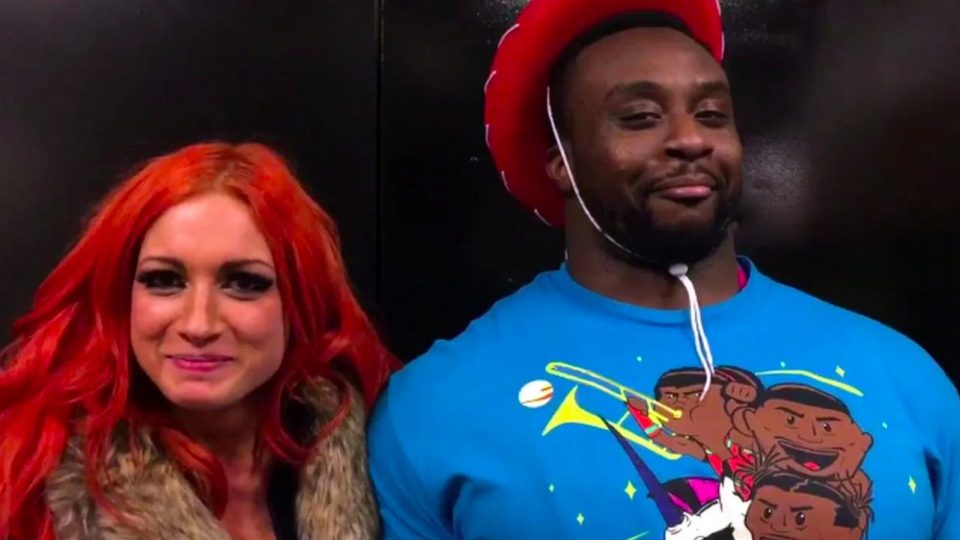 1. Big E only found out about his cash-in at the last minute

Big E set the wrestling world on fire when he cashed-in to become the WWE Champion on Monday Night RAW. However, revealed that the decision to not only have him cash-in, but be on RAW entirely was a last-minute decision.

We’ve all heard the stories that WWE booking can change at any second but talking to Bleacher Report this week, Big E discussed his whirlwind week leading up to winning the title.

“When I started this loop, my intention was that I was supposed to be home Monday morning after the live event Sunday and I realized I was going to Raw last-minute. That was a bit of a last-minute decision. There was also the option of maybe I go out there and do some teasing and come back later when it’s time to actually cash-in or go back to SmackDown and cash-in there. I wasn’t really sure. It was an afternoon, that day decision and it all happened very, very quickly. For me, it was definitely not something that was set in stone days and days ahead.”