Becky Lynch made her highly-anticipated return to WWE at SummerSlam. The Man was absent from the promotion for over a year. In 2020 she became a mother to her and Seth Rollins’ daughter, Roux. Speculation surrounding her comeback was rife for months as fans waited for The Man to come around with bated breath. Lynch finally exploded back onto the WWE scene last month in controversial fashion as she defeated Bianca Belair for the SmackDown Women’s Championship in just 27 seconds.

Becky Lynch is easily one of the biggest names in wrestling after her meteoric rise in 2018/2019. Lynch, always popular with fans, gained a groundswell of support after months of being overshadowed by the rest of the Four Horsewomen.

At SummerSlam 2018, after losing to Charlotte once again, Lynch turned heel by striking her friend and the momentum shifted. Later that year she defeated Charlotte for the SmackDown Women’s Championship and began one of the greatest runs in wrestling history. The Man’s superstardom was cemented further in the lead up to Survivor Series the following year when a stray fist of Nia Jax broke and bloodied Lynch’s face. But she had fought so hard and come so far to let a little thing like a broken face stop her.

Speaking to Sports Illustrated in 2019 Lynch declared there was no way she was letting the opportunity slip away.

“There have been so many times in my career where I thought I was hot, thought I had momentum, then I was taken off TV and it slipped away. But there was no way I was letting this slip past me. I wanted to make wrestling the coolest thing on TV. That was my goal, and I wasn’t going to stop trying to make that a reality.”

Lynch continued on her path of success all the way to become the first-ever woman to win the main event of WrestleMania.

We know that Becky Lynch is the Man, the Mom, WrestleMania main eventer, now here are 5 things you didn’t know about her.

Long before she was known as Becky Lynch, Rebecca Quin wrestled under the name of Rebecca Knox on the UK and US independent scene. During this time, Lynch wrestled all over the world from promotions such as Extreme Canadian Championship Wrestling, SHIMMER and German Stampede Wrestling.

It was in Germany that Knox suffered a head injury, which led to her stepping away from wrestling for seven years. Knox reported that the injury caused her to have excruciating headaches, loud buzzing in her ears and blurred vision. She was diagnosed with possible damage to her eighth cranial nerve and was forced to step away.

Speaking to ESPN in 2016, Lynch revealed how the injury led to her quitting wrestling at the age of just 19.

“I quit wrestling in 2006 because I just got lost. My mom didn’t want me wrestling, I was wondering if I was going to make it in wrestling, I got injured in a match, I was 19, I was away from home, living in Florida and I just got lost. I couldn’t face it, so I stepped away. It was like a death for me, and that is not an exaggeration. I struggled for years to find what I wanted to do.

“I was away for seven years. I always kept journals, and it’s crazy to go back and read these journals because it seemed like I had unfinished business. I always felt like it was something I was meant to do, but I just didn’t know how to get back in. So I ended up just trying to do something to fill the void.”

Knox returned to wrestling sporadically before making her full return to the ring in 2013.

4. Becky Lynch was the manager of Paige and Saraya Knight

During Lynch’s hiatus from the ring, she returned to the world of wrestling not as a competitor but in a different role. In 2011, Lynch came back to SHIMMER and joined Britani and Sayara Knight, the mother and daughter tag team known as Knight Dynasty, as their manager.

The fun role (as the video below will attest) saw Lynch accompany the duo to the ring on several occasions throughout the year.

Lynch and Paige both honed their craft in the influential promotion before signing with WWE. SHIMMER was the home for many future superstars, such as Bayley, Britt Baker, Amazing Kong and Asuka to name but a few.

3. Becky Lynch was a stunt performer on Vikings

While on her sabbatical from wrestling Becky Lynch tried out a multitude of occupations. She followed in her mother’s footsteps as a flight attendant for Aer Lingus before trying her hand at acting.

Lynch is an alumnus of the Dublin Institute of Technology with a B.A. in Acting. She also attended Gaiety School of Acting and the Columbia College Chicago. While in Chicago she studied the art of clowning.

All the experience paid off when she landed a part in the hit History Channel show Vikings. In a 2019 interview with Fox News, Lynch spoke about her acting career and how she got her part on the show.

“I left college and I got my acting degree, and I was looking for work. I handed in my resume and headshot to ‘Vikings’ because they were filming in Ireland. I get a call and it’s from ‘Vikings,’ and they’re like, ‘Hey, do you stunts?’ And obviously, the way my resume read, because I have all this physical experience, they thought I was a stuntwoman!” 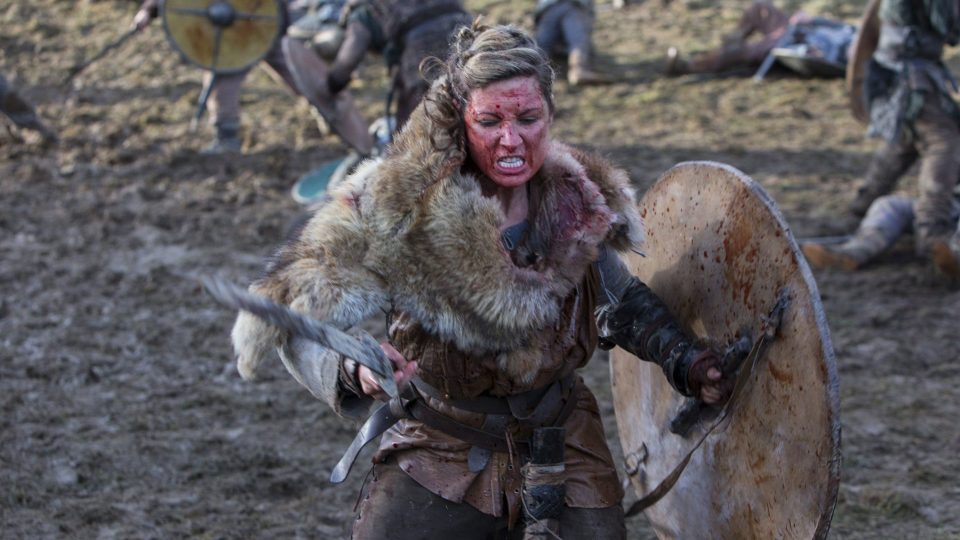 2. Becky Lynch returned to wrestling because of her trainer – Finn Balor

In 2002 Becky Lynch lied about her age to start training to be a professional wrestler. A huge wrestling fan Lynch jumped at the chance to start training when Finn Balor opened a wrestling school in Ireland, which became Fight Factory Pro Wrestling. Along with her brother, Lynch signed up and began training by the future Bullet Club leader and WWE Universal Champion. Five months later she had her first-ever match.

Wrestling took her all over the world from Canada and America to Europe and Japan. As mentioned previously Lynch walked away from wrestling four years later due to a head injury. Despite trying many other things during her hiatus from the ring, wrestling was never truly far away.

Speaking to ESPN in 2016 Lynch revealed how a chat with Balor brought her back into wrestling.

Coming back, I always stayed in touch with Finn Balor. I remember having lunch with him one time on this little bench in Dublin, and I was like, “Will I come back? Won’t I come back?” And he goes, “Would you just go back now? Because if you don’t you’re going to be sitting here with me in 10 years wishing that you had gone back, and it’s going to be too late.”

Thankfully Lynch took Balor’s advice. Not long after returning to the ring signed by WWE and the rest as they say is history. 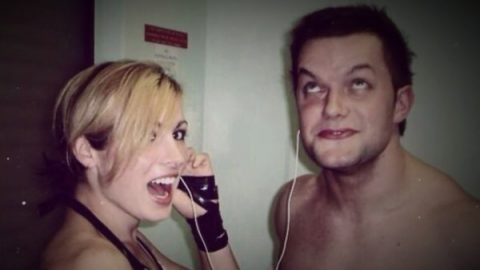 Wrestling is special to many people. But for Becky Lynch, it is much more important as she believes it saved her life.

As a teenager, Lynch enjoyed the follies of youth. Like any other teen, her time involved drinking and other extra-curricular activities that were leading her down a bad path. Thankfully her love for wrestling set her on the right path and as she states saved her life.

Speaking to Ladysport.com in 2005, Lynch revealed that wrestling was her way of staying out of trouble.

“Wrestling didn’t change my life… it SAVED my life! I’m telling you, I started really young, but I was going down a bad path before I started. I was drinking twice, sometimes three times a week, and doing things I really shouldn’t have. There was a copious amount of marijuana involved. But then I started wrestling, and I gave up everything. I started working out, eating a good diet, and just did everything I could that I thought would benefit me. I also started studying a lot harder in school. It matured me a remarkable amount and made me completely focused. Lord, I don’t know where I’d be now if I didn’t start wrestling, and to tell you the truth, I wouldn’t want to know. I love everything about wrestling.”