SummerSlam is right around the corner and promises to be an excellent show with several championship bouts taking place.

The Summer Spectacular emanating from Nashville hosts the following card with more to be announced.

Here are 5 things we want to see go down at the “Summer Vacation Destination”. 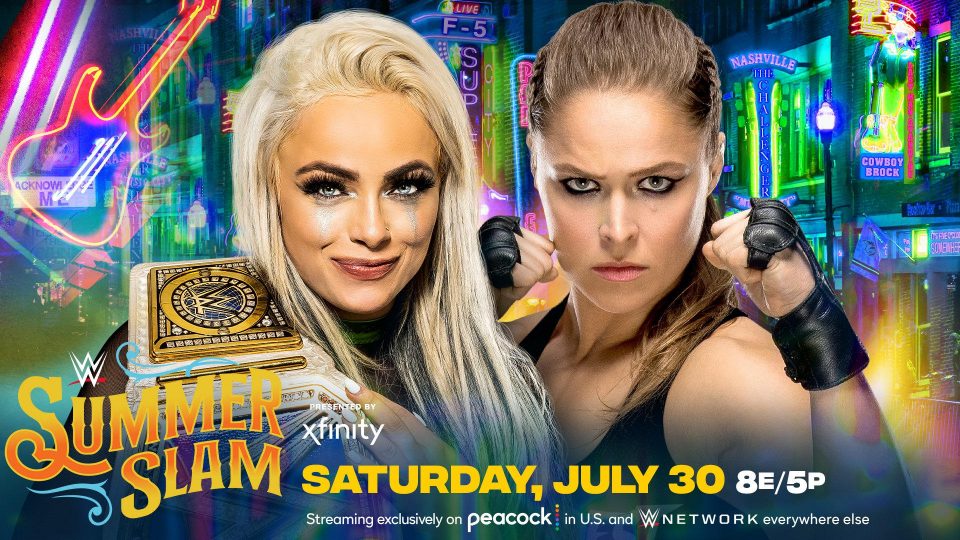 At SummerSlam, Liv Morgan defends the SmackDown Women’s Championship for the first time against Ronda Rousey. At Money In The Bank, Morgan seized her opportunity and cashed in her briefcase on the battle-worn Rousey to capture her first title in WWE.

The win was a special moment for Morgan, who has been the perpetual underdog throughout her career. She lost out on every big chance she got. Royal Rumble’s, Money In The Bank, and challenges for the Raw Women’s Championship, albeit running Becky Lynch close. Despite these losses, she never gave up and organic support finally led her to victory. Her passion, genuine likability, and failures created a ground swell of support from the fans.

The level of fan support for Morgan is immense and the WWE Universe has welcomed her as champion with open arms. The promotion would be wise to ride this wave of popularity and keep the title on Morgan. But it is her opponent who does raise some concerns.

Despite a lacklustre run since her comeback Rousey remains a major commodity in WWE and it would be an interesting choice if she were to suffer a pin-fall loss on consecutive Premier Live Events. Ever since her arrival in WWE Rousey has been put on a pedestal and presented as a star, therefore, the story of her underestimating her plucky opponent and suffering a loss because of it could work very well. It would give Morgan main event kudos she requires and a heel turn from Rousey would reignite her fire in the process.

Simply put, ‘champion Bobby Lashley,’ is the best Bobby Lashley and while he may not be involved in the World Title scene just yet, his third reign as the US Champ is an excellent substitute.

At Money In The Bank Lashley defeated Theory for the title but on the following episode of Raw the former champ and current Money in the Bank contract holder announced his intentions to defeat Lashley at SummerSlam. The rematch is one that Lashley must win to continue his tremendous momentum.

In recent times, Lashley has been on his most successful run in the company and accomplished great things including becoming WWE Champion. At Royal Rumble, he beat Brock Lesnar to capture the title for the second time.

During this period he has proven himself to be a more than worthy main event player and one of the promotion’s most popular Superstars. A United States Championship win for Lashley at SummerSlam keeps him hot while he waits to step back into the main event scene.

3. The Return of Bayley 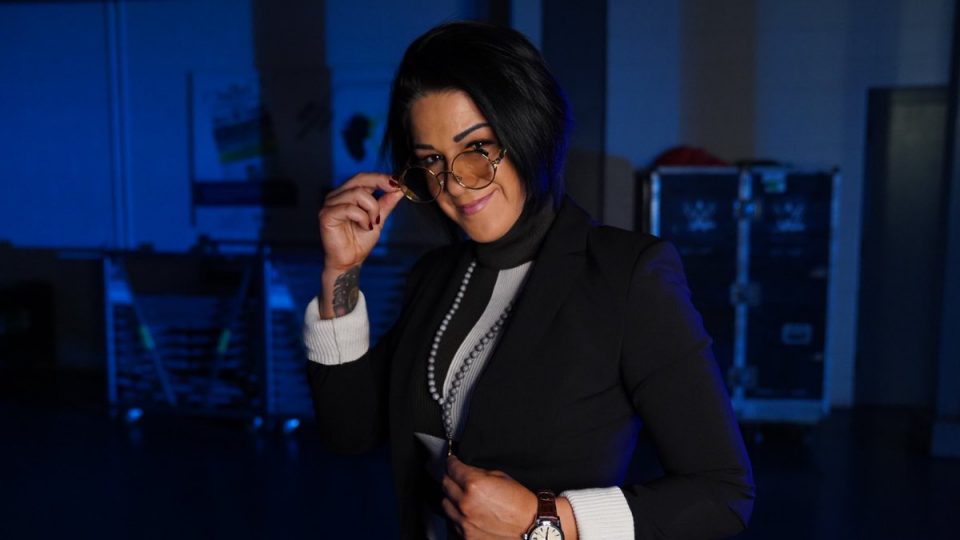 The Role Model has been absent from WWE for over a year as she recovers from a knee serious injury and she has been sorely missed during her hiatus. Bayley is one of the most entertaining Superstars in WWE and continually delivers both in the ring and on the microphone.

Bayley would inject some much-needed star power into either brand’s women’s division while shaking up the championship scene. Making Bayley’s return during or after Raw Women’s Championship match to challenge the winner, is an enthralling prospect.

There have been several reports surrounding her return date and there would be no better place for a long-awaited comeback than at SummerSlam. Last year’s event featured the returns of Becky Lynch and Brock Lesnar, so WWE could very easily continue that trend and bring back Bayley in Nashville, Tennessee.

2. Gunther Walks In And Out As Intercontinental Champion 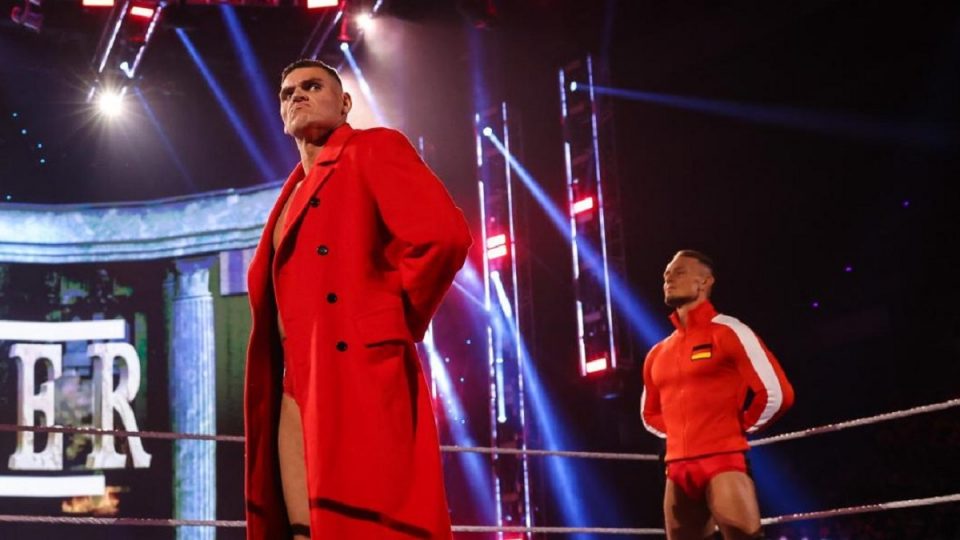 Ever since his main roster debut, Gunther has been an impressive and threatening figure. He destroyed all who came up against him with his stoic offence and earth-shattering chops before quickly capturing the Intercontinental Championship from Ricochet.

His title win instantly gave the championship some much-needed legitimacy and elevated the once highly-important title. For years the once coveted title has felt nowhere near the level of its former prestige.

The Intercontinental Championship boasts a rich history and has been held by a plethora of WWE legends and Hall of Famer’s. Bret Hart, Shawn Michaels, The Rock, HHH, and Stone Cold Steve Austin all wore the title on their way to superstardom. The title was considered as the “stepping stone” to the main event and therefore came with an appraisal from the backstage powers that the holder was on his way to the main event.

However, over the years this prestige has waned somewhat due to lack-luster championship reigns and lack of focus. But now that a wrestler with the power and attention of Gunther possesses the title he is the right man to wear it with honour and for a very long time.

1. A Successful Theory Cash In (Go with us on this one)

At Money In The Bank Theory was the surprise entrant in the men’s Ladder Match and left with the briefcase. On the next edition of Monday Night Raw, he revealed that he has his sights set on Roman Reigns and Brock Lesnar at SummerSlam and intends to cash in during their Unified WWE Universal Championship match.

Ever since winning the Universal Championship Reigns has been unstoppable. As the Head of the Table, he has dominated and destroyed all who have stood in his way, which has stagnated WWE’s main event scene.

At WrestleMania 38 he defeated Lesnar to unify the titles seemingly ending their feud. However, The Beast Incarnate returned to attack his long-time foe and set up their Last Man Standing match at the Summer Vacation Destination. The very nature of the bout makes the participants perfect prey for a Money In The Bank contract holder.

Reigns and Lesnar are both highly protected megastars. Lesnar rarely takes the loss and Reigns hasn’t been beaten since December 2019. Therefore, it seems unlikely that WWE will book either to lose, plus both are now part-time performers so a Theory cash-in is slightly more probable.

For Theory to cash in and win the championship it protects both Reigns and Lesnar, takes the titles off Reigns in a logical way, and puts them on a heel champion who fans will love to see beaten, most likely by Drew McIntyre at Clash At The Castle.