With the news that The Nature Boy Ric Flair is looking for pastures new after being granted his release from WWE, here at Inside The Ropes we look at five things the sixteen-time champion of the world could do next. 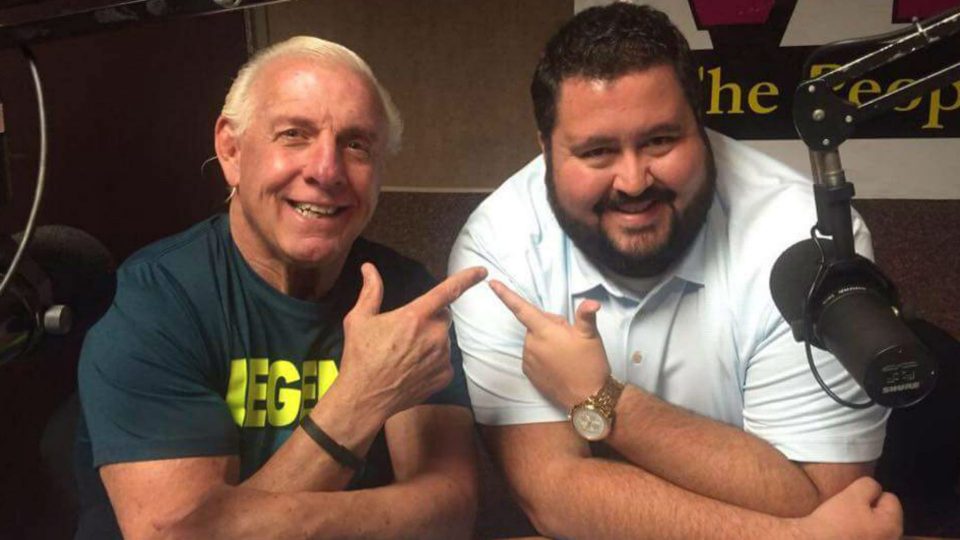 Before Conrad Thompson became ‘The Podfather’ and built a stable of hit wrestling podcasts, he was known for his appearances on WOOOOO! Nation – Ric Flair’s former podcast. Thompson joined Flair once again when he began The Ric Flair Show in 2016 but this venture only lasted five months with Flair quitting podcasting citing his inability to be objective when it came to what was happening in WWE given his continued relationship with the company.

With that relationship now a thing of the past Ric Flair could be set to join a plethora of other WWE Hall Of Famers that Thompson counts among his podcast co-hosts. Kurt Angle, Arn Anderson, Jeff Jarrett, Eric Bischoff, Jim Ross, Tony Schiavone, and Bruce Prichard all co-host regular shows with Thompson as he built a legitimate network of shows and contents. Given that Conrad Thompson is also Flair’s son-in-law through his marriage to Flair’s oldest daughter Megan, it seems highly likely that the incomparable Flair will find himself behind the microphone once again. 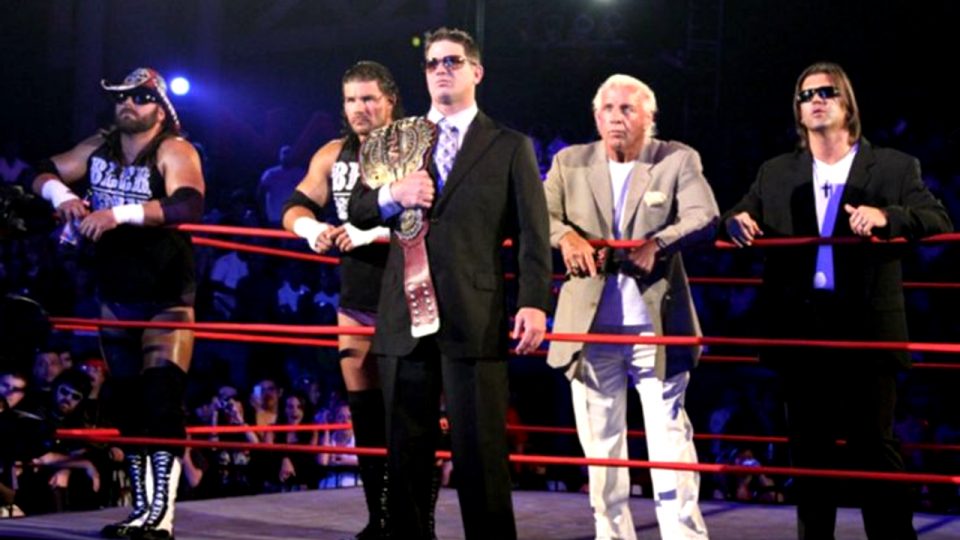 Ric Flair headed to what was then known as TNA in January 2010 after he wound down his WWE career in 2008 following his hugely emotional loss to Shawn Michaels at WrestleMania 24. While with TNA Flair aligned himself with AJ Styles, James Storm, Bobby Roode, Frankie Kazarian, and Desmond Wolfe as Fortune. The group was first aligned and then feuded with the Hulk Hogan and Eric Bischoff led Immortal group as a super faction intent on taking over the company.

Perhaps the most memorable moment of Flair’s run in TNA is when he came face to face with Jay Lethal whose impersonations of Flair and ‘Macho Man’ Randy Savage had made him a fan favourite. As Lethal ‘woo-ed’ at Flair, The Nature Boy became more and more incensed, even dropping his trademark elbow on absolutely nothing in the ring.

Now known as IMPACT Wrestling Flair’s presence could help the next generation of competitors in the company. Perhaps Flair could join the side of one of the company’s top stars to shut loudmouth Don Callis up and reclaim IMPACT’s World Championship for the company. 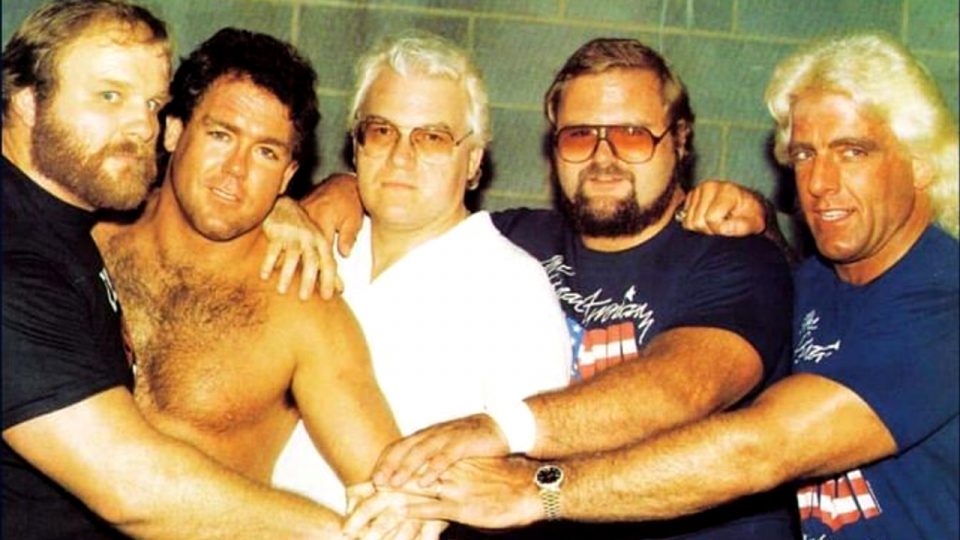 Ric Flair’s tenure with The Four Horsemen needs no introduction. The original incarnation of Flair, Arn and Ole Anderson, Tully Blanchard, and their manager James J. Dillon ran roughshod over the NWA, Dusty Rhodes, Magnum TA, and The Rock ‘N’ Roll Express throughout the 1980s.

The answer to “What’s causing all this?” was usually Flair and his cohorts getting up to the kinds of shenanigans that kept them in gold for most of their time together. Throughout the years the membership changed with the group of Dillon, Flair, Arn Anderson, Blanchard, and Barry Windham the ones inducted into the WWE Hall Of Fame in 2012.

With Arn Anderson and Tully Blanchard both full-time performers in All Elite Wrestling, it’s not outwith the realms of possibility that Flair could head to the land of the Elite to catch up with old friends. With Dean Malenko working as a coach in the company then that could complete the lineup of four. But there is another man that once called himself a Horseman that Ric Flair needs no introduction to, Sting.

Or if Flair was to make an appearance in AEW would it be to antagonise The Icon who Flair had his last match against in TNA in 2011. Could Flair bring The Pinnacle’s Blanchard and The Nightmare Family’s Anderson together once again? After all, it wouldn’t be the first time The Horsemen had gotten the better of a Rhodes. 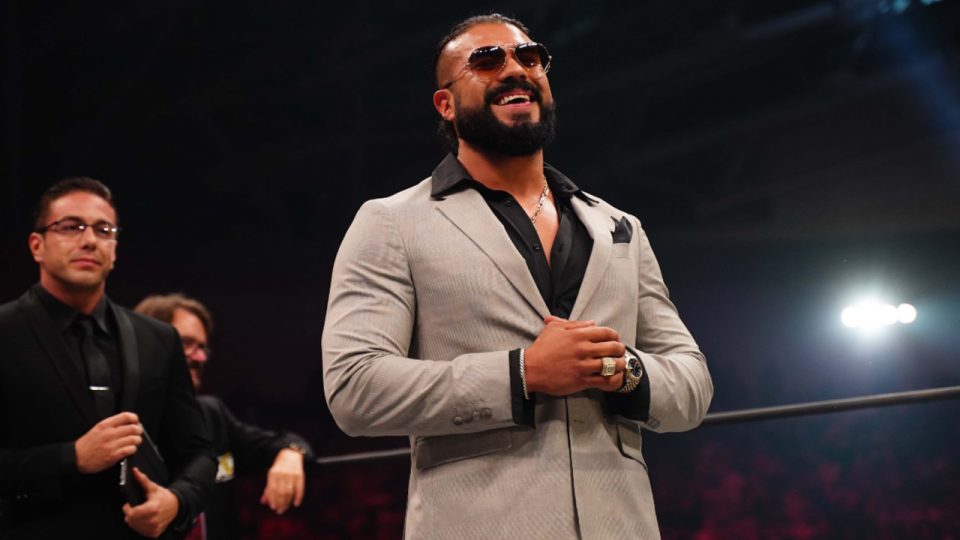 Maybe if reuniting with The Four Horsemen wasn’t what Flair wanted to do next, there is a chance he could still end up in All Elite Wrestling – but by the side of someone very different.

Andrade El Idolo is the fiancé of Flair’s daughter Charlotte with the pair getting engaged on New Year’s Day 2020. El Idolo surprised the wrestling world when first he made public that he had asked for his release from WWE and then again when he sauntered out looking custom made from head to toe on AEW Dynamite on the 4th of June to stand by the side of Vickie Guerrero.

El Idolo has been accompanied by an unnamed personal attendant during his appearances on AEW and recently debuted a new Executive Consultant. Chavo Guerrero Jr. has replaced his auntie by the side of El Idolo as the Mexican star has set his sights on Death Triangle.

While an extra body might seem too much, entourages are nothing unfamiliar to AEW, and if Andrade El Idolo wants to keep it all in the family, he could do no better than his two-time WWE Hall Of Famer father-in-law-to-be. 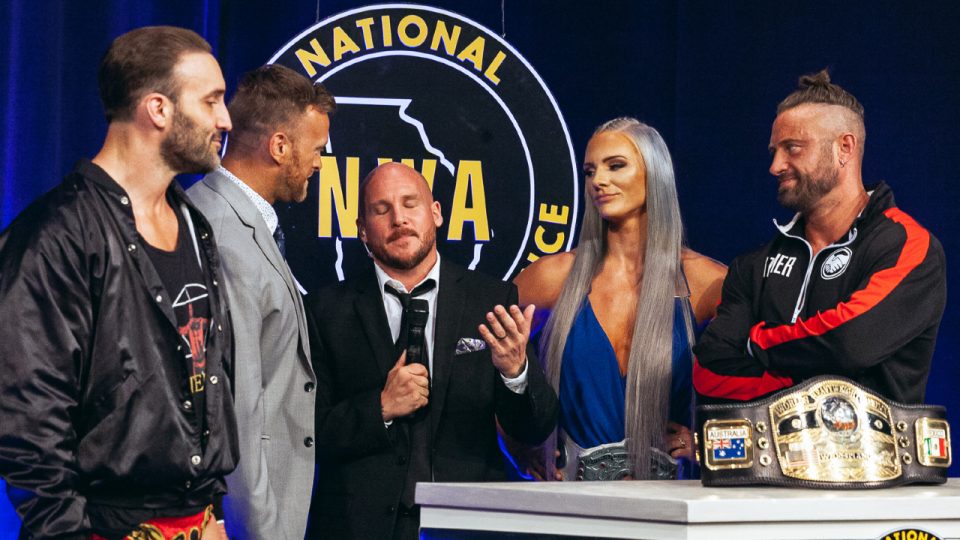 Or maybe, just maybe Ric Flair could return to the company that carries on the legacy of the NWA World’s Heavyweight Championship that The Nature Boy held ten times during his legendary career. Although Flair held the title as part of Jim Crockett Promotions, the NWA these days is its own brand with its own champion that is built in the mold of Ric Flair.

Nick Aldis has been NWA World Heavyweight Champion for over 1000 days and counting since winning the title back from Cody Rhodes at the NWA’s 70th Anniversary show in 2018. This reign dwarfs Flair’s longest reign as champion when Flair held the title for 793 days from 1984 until losing the title to Dusty Rhodes at the 1986 Great American Bash.

Aldis has put together an impressive stable that includes NWA Women’s Worlds Champion Kamille, as well as Thom Latimer and Chris Adonis. Perhaps the only thing missing is the presence of a legendary cornerman, an influential presence to ensure the group achieves their goals – and there is no presence in the wrestling world quite like Ric Flair.

With the NWA returning to The Chase in St. Louis it would be the perfect time for Ric Flair to make his return to the place where he first wrestled in 1978. Heading to the NWA could also put Flair on a collision course with perennial rivals Ricky Morton and Robert Gibson, The Rock ‘N’ Roll Express. The duo has not appeared on an NWA show since January 2020 but if Flair was there stirring up trouble as only Flair can then it might be cause for Morton and Flair to jump in their way-back machine and pretend it’s 1986 one more time.

The truth is at 72 years old Ric Flair might want to ride off into the sunset for good. Flair has had a career like no other and goes down as one of the greatest to ever get in the ring. But should he choose to make an impact or join wrestling’s elite then The Nature Boy is sure to do it the only way he can. As the limousine ridin’, jet flyin’, kiss stealin’, wheelin’ dealin’, son of a gun and nobody would want it any other way.